Gayne C. Young - A Bloody Fun Tale of Extra-Planetary Death and Mayhem
Posted on 13th of November, 2021 by Naomi Bolton 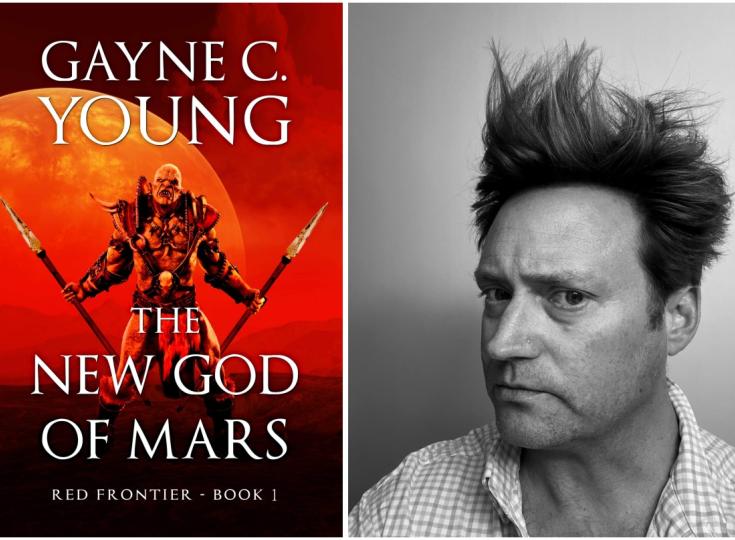 Gayne C. Young is the author of the Red Frontier Series, Murder Hornets, the Primal Force series, The Troop, Sumatra, Bug Hunt, Teddy Roosevelt: Sasquatch Hunter, Vikings: The Bigfoot Saga, Editor-at-Large for Field Ethos Journal, former Editor-in-Chief of North American Hunter and North American Fisherman - both part of CBS Sports -and a columnist for and feature contributor to Outdoor Life and Sporting Classics magazines. His work has appeared in magazines such as Petersen’s Hunting, Texas Sporting Journal, Sports Afield, Gray’s Sporting Journal, Under Wild Skies, Hunter’s Horn, Spearfishing, and many others. In January 2011, Gayne C. Young became the first American outdoor writer to interview Russian Prime Minister, and former Russian President, Vladimir Putin. As our Author of the Day, he tells us about his book, New God of Mars.

Please give us a short introduction to what New God of Mars is about.

The New God of Mars is part homage to the works of Edgar Rice Burroughs and is partly inspired by the pulp novels of old. It could also be called a “Western” as it deals with the adventure, danger, and politics of living on a frontier. As for the story, it’s my interpretation of the classic adventure tale. Think The Searchers on Mars.

What inspired you to write a story set on Mars?

I very much write what I enjoy, and this style of story is what I enjoy reading and watching. Although I’ve written professionally for over 30 years, my background is in history. And I have no doubt that humans will treat the frontier of Mars the same as they treated all the frontiers found on Earth. 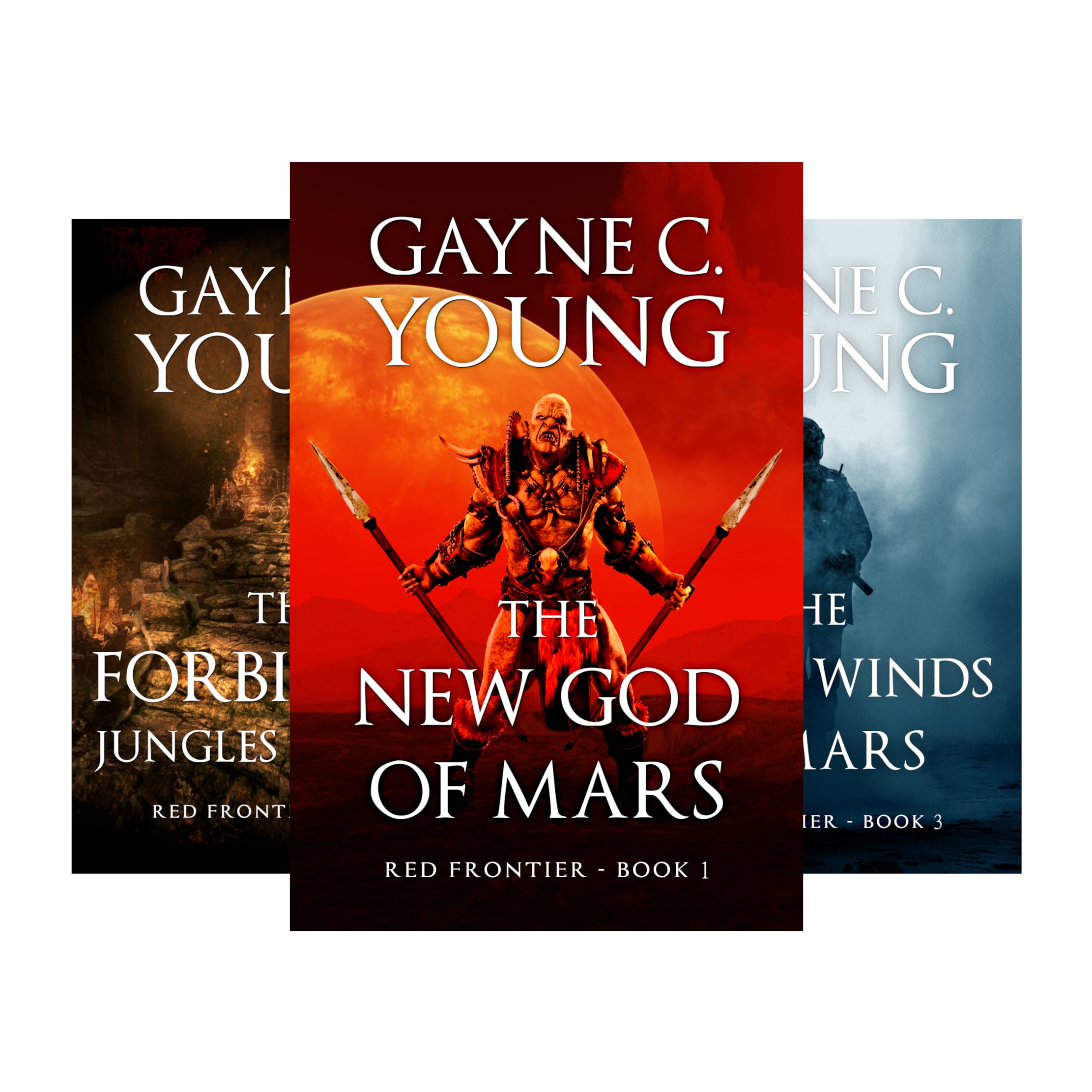 What fascinates you about the Red Planet?

Humans have always been fascinated with Mars and I’m no different. From Roman and Greek Mythology to The War of the Worlds to the works of Edgar Rice Burroughs and, as of late, Andy Weir, Mars has always been the perfect base to set adventure upon.

Tell us more about Taylor. What makes him tick?

Taylor is a young man who had the whole world before him until fate intervened in a very ugly way. He quickly learns that the world – whether Mars or Earth – is place where evil can and does exist. It’s up to him to decide how to meet that evil. Will he use the lessons instilled in him by his parents? Or adapt to the ways of a new mentor whose methods his parents would find abhorrent?

I have no skills.

You were the first American outdoor writer to interview Vladimir Putin. How has this experience influenced your writing?

I more or less got the interview by writing things that I wanted to write about and by writing about them in the style I wanted to. Putin liked that. That reiterated that I should keep doing what I was doing.

Readers say you dropped them right into the middle of the action and kept the pace throughout. How did you pull this off?

Mickey Spillane said, “The first chapter sells the book; the last chapter sells the next book.” I adhere to that. I don’t wait to get readers interested. I like to drop them into something big and have them frantically read ahead to see where things go. You have one chance to make a first impression. Don’t wait!

Yes! I outline all my books but sometimes my characters don’t keep to what I had planned.

Readers were very impressed with your detailed descriptions of the new terraformed surface of Mars. How did you go about creating it?

That would probably come from my background as an outdoor writer. Detailing a hunt or fishing trip means describing the environment in which those activities take place. Writing about Mars is no different.

A start with a character then ask, “What does he want?” I then ask, “But what will he get?” and “How will he deal with it?”

I was born left-handed but forced to write with my right hand. Because of that my handwriting is atrocious. My kids call my writing “hieroglyphs.” I can’t type – I hunt and peck – and can’t spell to save my life. I write everything out long hand then dictate it. I then edit the dictation. I write something every day no matter what. Even if what I write is later thrown away.

I am working on book four in this series (Red Frontier), writing a weekly column for Field Ethos Journal, taking freelance assignments, and outlining ideas for books to write down the way.

Finding me is easy as I guarantee you, I’m the only writer named “Gayne” on the internet and on Social Media. But let’s make it easy: