George A. Santino - Never Give Up

From a very young age, George A. Santino realized that if you wanted something, you had to work for it - even if that meant digging for soda bottles in trash cans. This attitude got him far in life - he received four rejections from Microsoft before they employed him in an entry level position. Years later, he made partner and managed to retire at age 55. As our author of the day, Santino tells us more about his autobiography and what it takes to have success in life.

This book is about a person who starts with nothing and decides early in life he wants so much more. He discovers that this journey will take a lot of hard work and life will throw many obstacles and challenges at you along the way. However, if you stay true to your goals and push forward there is nothing that can stop you from achieving your dreams.

What inspired you to write this autobiography now?

I started thinking about this as I approached my retirement from Microsoft and found myself reflecting on my life and how I got to a point where I could retire comfortably at the age of 55. It was no easy journey but I did achieve it and I knew others could as well. We were beginning another political season. In fact, it seems we’re in a perpetual political season and once again the politicians were telling us the system was rigged and the deck was stacked against us. Some of them went as far as saying the American Dream was no longer achievable; that was unless of course you voted for them. I didn’t believe this. I achieved the American Dream. I did it with a tremendous amount of hard work and determination. I did it after being born in severe poverty and I did it in spite of many financial and physical setbacks but I did it and I knew others could as well. I thought my story would inspire others to do the same.

Your book contains a lot of humor. Why did you take this approach?

I just told the stories as they happened - some of them were very sad and some were funny. As I think about life I find that we have a choice. We have control of how we feel and react to the situations we face. I remember one time, after my third back operation when many doctors were telling me I was never going to work again, I was talking to a doctor and joking with him. He said to me, "I just gave you some bad news and I know your back must be causing you a lot of pain. I don’t understand why you’re not in some corner crying". I looked at the doctor and said: "Would that help?" He said no. So, I said: "what would be the point then?"

In which way is this book a Rags-to-Riches story?

Well, very simply I was born in the projects of South Philadelphia to a family on welfare. Neither my father nor my mother got past the eighth grade in school. There were nine of us living in a government subsidized house, eating government surplus food. As I grew up, I decided I wanted so much more in life and so I worked for it. I ran into many failures along the way - including bankruptcy at one point and a back injury that had multiple doctors telling me I would never work again. After this, at the age of 35, I applied for a job at Microsoft. Despite having no college degree or any formal computer training, after four rejections I convinced Microsoft to hire me in an entry level position. I retired twenty years later as a partner.

Get Back Up is your first book. What has the experience been like so far?

I was frankly very pleased with the response. The book was an Amazon bestseller and I’ve gotten a lot of press. I’m gladdened by the number of people who have commented on the book and said they found it inspirational. I wrote this book to help other people and I really hope it is doing that.

How did the experiences you had as a child help you later in corporate life?

I learned that if you wanted something you had to work for it. If I wanted money to go to the movies my dad wasn’t going to give it to me so I searched for soda bottles in trash cans. In the future when I went to work the first thing I would try to discover is what the company valued and rewarded and I did those things. Nothing is given to you. You have to earn it. You learn those things digging through other people’s trash.

As a kid, one of the things I really liked to do was sing. I even thought one day I would be a professional singer, but that didn’t work out. When I retired from Microsoft I had the time and money to get back to that. Over the past five years I’ve released three CDs, written six songs, and produced two music videos. One song I wrote was The Magic of Christmas and the video we did of that one has over 200,000 views. 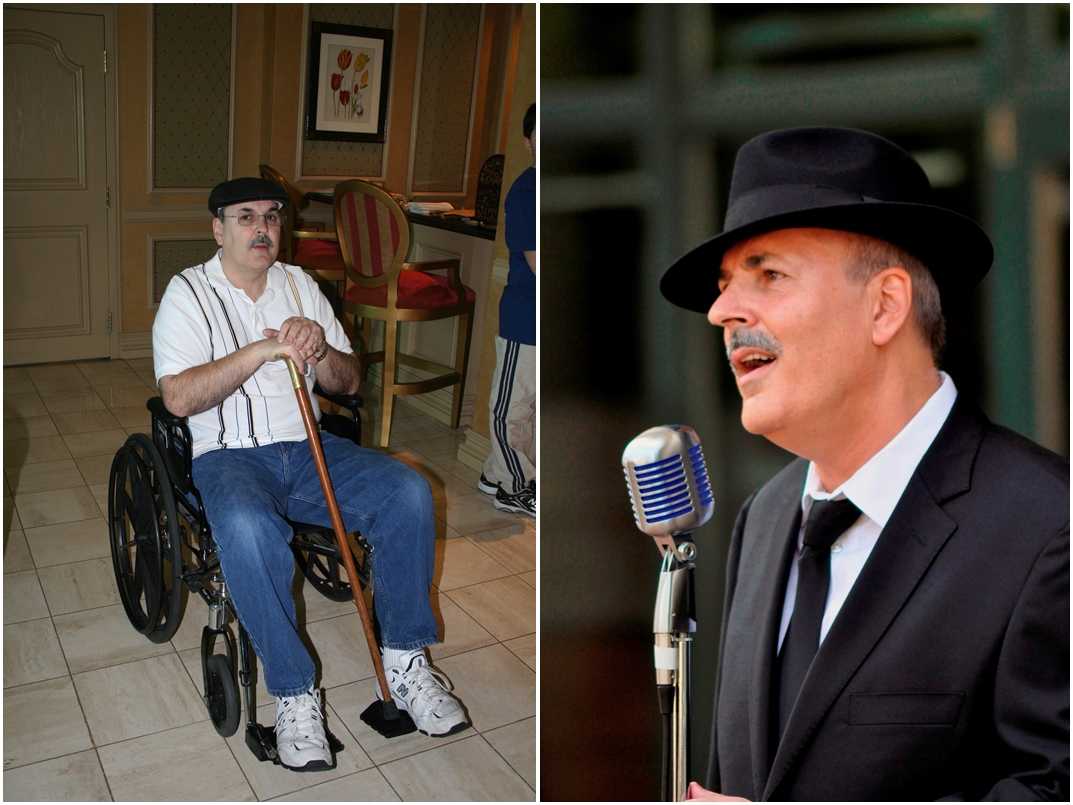 Does the book contain an underlying message? What do you hope readers will take away from it?

The message is simple, don’t let anything stop you from going for it whatever it is for you.

What, would you say, is the secret to success in life?

Hard work is the simplest way of putting it but that may be too simplistic. First I think you have to not take No for an answer. When you want something like a job or you’re trying to make a sale you are going to hear the word no. You can accept it and move on or you can learn the reason for the no and overcome it. Microsoft told me no four times. When I sold life insurance I heard no all-day long. But remember no isn’t always the end of the conversation sometimes it is the beginning. Second, when you have an opportunity don’t waste it. Someone took a chance on you now prove them right. When you get a new job find out what you company and boss value and reward and do those things better than anyone else. Also, don’t be afraid to start at the bottom. It doesn’t matter where you start you just have to start.

Reliving a lot of the painful memories from my past. I thought I put them all behind me but I had to relive them to tell this story.

When I first started writing the book I had to treat it just like a job. I got up in the morning and I went to work. I stopped for lunch, went back to work, took a 3:00 coffee break and then went back to work. Now that the book is done and I spend some my time writing articles for various websites and magazines I don’t have a schedule or any required subjects to write about. So, I just wait for inspiration to hit and when it does I just start writing. I don’t let it percolate in my mind. I have to get it on paper right away.

I don’t think I have a favorite line. It’s the theme of the book that’s important and that is Get Back Up. Life can be very challenging and you will get knocked down more than you like but the only chance you have at achieving your dreams for you and your family is by not giving up.

I’m actually writing and recording a new song. Just like I said about writing articles when an inspiration for a song comes to me I have to get it on paper and once it’s there I work with my producer to get it recorded. We hope to have it done in a few weeks.