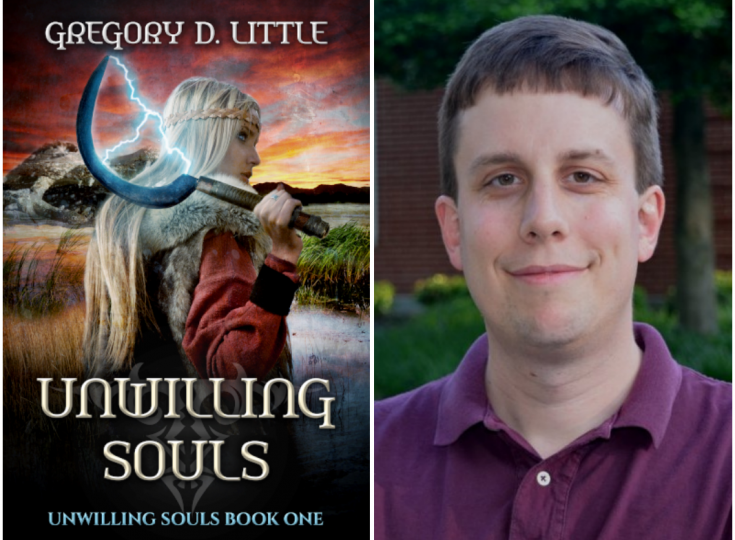 Gregory D. Little is the author of the Unwilling Souls series, set in a world where technology is powered by the souls of the dead, the gods are locked away in the hollowed-out center of the planet, and what remains of humanity has rebuilt its cities out of the corpses of the great beasts that destroyed them. His short stories can be found in the A Game of Horns, Dragon Writers, Undercurrents, and Eclectically Scientific anthologies. He writes the kind of stories he likes to read, fantasy and science fiction tales featuring vivid worlds, strong characters, and smart action all surrounding a core of mystery. He lives with his wife and their Labrador retriever. As our Author of the Day, he tells us all about his book, Unwilling Souls.

Please give us a short introduction to what Unwilling Souls is about.

Unwilling Souls is the epic fantasy story of Ses Lucani, the secret daughter of bitter enemies waging a shadow war across a cultural and class divide. Her business mogul mother and terrorist father each yearn to see the other dead and pretend Ses doesn't exist. Ses herself is an apprentice jailer of the gods and lives in the planet's hollow center where the gods are kept imprisoned after a failed war to exterminate all nonbelievers. The prison is attacked on Ses's sixteenth birthday. With her father the primary suspect in this attempt to free the gods, Ses is forced to go on the run when the secret of her parentage is revealed.

What inspired you to have humanity's gods imprisoned in the world's hollow center?

Years ago, I had the notion of a world within a world where an entire people was kept imprisoned via the use of magic. I paired it with a concept from my high school physics class that had always captured my imagination: if you could somehow reach the center of the planet, you'd be weightless, because gravity would pull you equally from every direction. Visually and conceptually, a prison holding gods in the hollow center of a world really captivated me. The final piece of the puzzle was the image of people carving cities from the bones of mountain-sized beasts leftover from some great conflict. Suddenly, those beasts became the gods' last, bitter strike against the humans they were losing to. I wrote a short story called "Godbane" detailing the misadventures of a pair of star-crossed teenage lovers trying to reach this forbidden prison from their surface home in an immense crocodile skull, and they became Ses's parents.

Tell us more about Ses Lucani. What makes her tick?

At the start of the story, Ses is very lonely and slow to trust. As can be guessed from her parentage, she's forced to keep many secrets, so friends are pretty much out. Letting anyone get too close could be dangerous, as her world is a bitterly divided one. The descendants of the human believers that backed the gods were marked for all time with glowing ("Blazing") eyes to display the shame of their ancestors.

Having the wrong eyes in the wrong part of town is bad enough, but Ses is something altogether different. While she isn't the only child with parents bridging that divide, she is the only one with one normal eye and one Blazing one, yet another thing she's forced to keep hidden. She's frequently bullied in her apprenticeship, which she assumes is just a convenient means for her absentee grandfather to get her out of his hair. So, despite a good heart and a wry sense of humor, she's a deeply unhappy person who has never been happy enough to even recognize that fact.

Your world in this book has an interesting technology. Why did you create it this way?

One of my favorite authors, Daniel Abraham, said that the first thing you would do with magic would be to figure out how to make money with it. So, I wanted to explore a magic system focused on advancing technology to make human lives easier, much like science does for us in the real world. The concept of wrightings, magical technology powered by the souls of the dead that have volunteered for the duty, struck me as a fascinating idea in several ways. Ses's society is just beginning to figure out how to mass-produce these wrightings in a kind of magical industrial revolution, one being led by her mother. On the one hand, this angers the artisan smiths who painstakingly forge wrightings one at a time, Ses's father included. And on the other hand, the very title of the series, Unwilling Souls, should hint at the fact that the morality of this particular magic is not so clear-cut as Ses and others assume...

Very much yes! I set out to write a series full of wildly imaginative magic and settings and events, and it is a ridiculous amount of fun, but also very challenging. The very first scene of the series starts in the Pit, the gods' prison, and introducing a protagonist sitting in a vast, spherical, hollowed-out bubble of air and rock inside a wall of magma was extremely hard to get right so as not to overwhelm the reader. I rewrote that opening sequence at least five times. With each book, I try to bring one or more new cities into the story, and each is very different in terms of look and magical properties. I love this world I've built, but it's also a ton of work.

Why Fantasy and Sci-Fi? What drew you to these genres?

I've always felt that if I want real life, I can step outside my front door. If I'm reading or writing fiction, I want to be transported to some impossible place that I'd never be able to see otherwise. 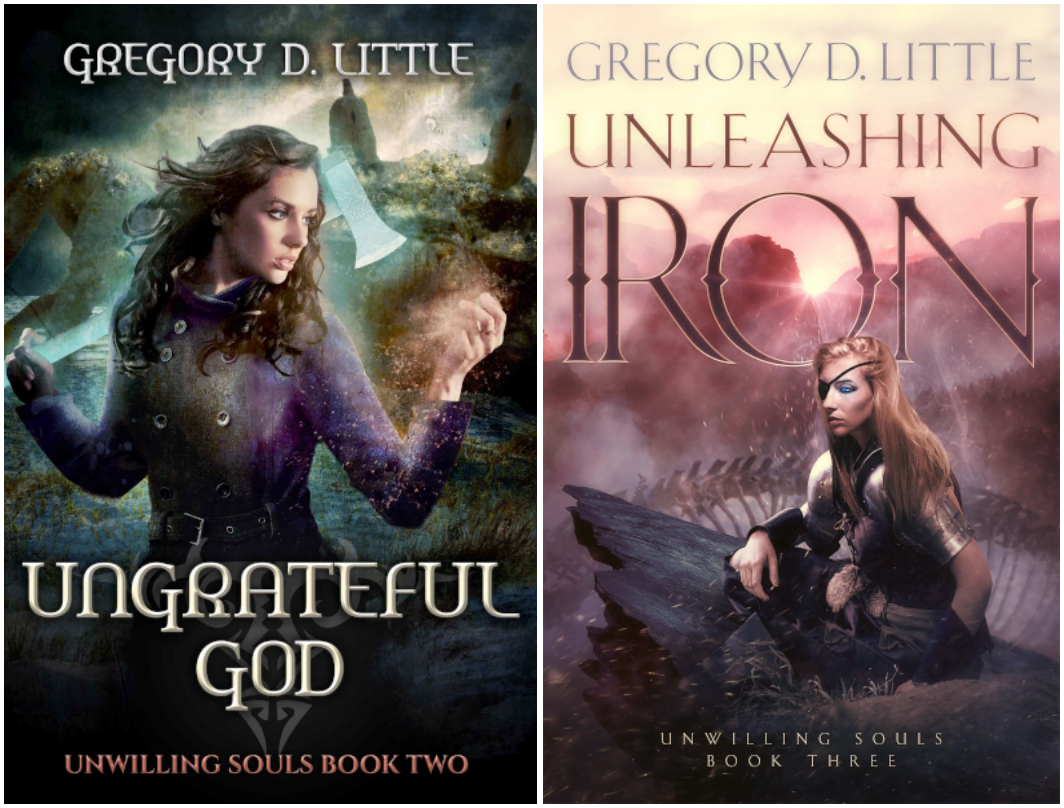 Do any of your characters ever take off on their own, refusing to do what you had planned for them?

Oh yes. Usually, if I have a problem with writer's block, it has to do with trying to force a character into behaving in a way that seems wrong for them, whether I intended it to be that way or not! I have to recognize it, go back, and rework things until that cognitive dissonance goes away.

Unwilling Souls contains a couple of twists. Did you plan it all out before you started writing, or did some of it just "happen" along the way?

I usually have a pretty good idea of the book's ending as well as a couple of notable points along the way. Then I write to fill in the gaps. Most of the major twists I work out before I get very far into writing, but I've had to abandon or alter twists before when they weren't working in the actual, written story. For this series, I knew early on that it would be four books, and the endpoint of each of the four. Some of the details have shifted, but the basic structure has endured. All that being said, I'm definitely not a detailed outliner.

All my favorite lines I can think of are too spoilery!

I tend to work in fits and starts, but the closer I get to finishing (either drafting or editing), the faster I go.

Unleashing Iron (Unwilling Souls Book 3) just came out in April, so right now I'm focused on wrapping up the series with the still-untitled fourth book. It's exciting and intimidating to have the end in sight! After that, or maybe if I need a break as I go, I've got a science fiction story that's begging to come out. I can already tell it will be at least as wild and surreal as Unwilling Souls.

I've got the works! My website and Facebook are probably the easiest ways to reach me. And I try to keep my newsletters both timely and relevant, so I'll include a link to sign up that will get readers a copy of the "Godbane" short story that inspired the series.