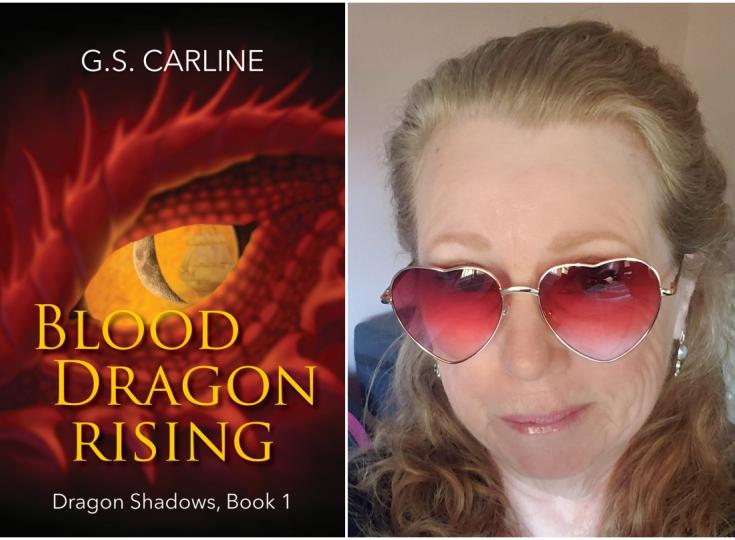 GS Carline did not plan on writing fantasies but then she decided there weren’t enough girl pirates. She planned to write a story about a young woman who has Important Life Goals and instead becomes the terror of the seas. And then the dragons came. As our Author of the Day, she tells us all about her book, Blood Dragon Rising.

Please give us a short introduction to what Blood Dragon Rising is about.

Blood Dragon Rising is part of a trilogy that tells the story of a young noblewoman who is kidnapped and questions her entire life, becoming a pirate and more in the process.

It began as a little story, perhaps a novella. One morning in the shower I realized there weren't enough girl pirates in literature. I thought of taking the plot of The Count of Monte Cristo and turning it inside out--a young woman who is betrayed by her "friends" and instead of being sent to prison, she is sold to a pirate. What began as a simple story morphed into a trilogy as I investigated the themes of women's autonomy, morality, vengeance, mercy, and of course, love.

Tell us more about Lisette de Lille. What makes her tick?

Lisette begins her adventure by not wanting anything. She has always just gone along with whatever her parents wanted for her. As a noblewoman, much of her life has been "for king and country," including her betrothal to a handsome but vapid young marquess. But even in her acquiescence, we see a bubbling of unhappiness under her surface. When she is finally given choices, she begins to question everything.

Why did you pick a Caribbean island as the backdrop for this story?

I did want a "Pirates of the Caribbean" feel. I mean, I wanted Lisette to become a woman pirate, and where's the best place to find pirates? I did make up the islands--they don't really exist. I wanted to avoid having to invest in a lot of history and find a time when Spain controlled a group of islands, yadda yadda.

What inspired you to involve blood dragons in the story?

Once I began writing a fantasy, I decided to put dragons in. I mean, why write fantasy without fantastic creatures? My friend Jeff cautioned me that even dragons need a reason to show up. Since I was writing about vengeance, having a blood dragon as the manifestation of the kind of rage it takes to exact revenge was perfect.

My other passion is horses. I have two at the moment. One is retired and one is a show horse that I compete with at American Quarter Horse Association events in a class called Western Trail.

I always work with my cover designer, Joe Felipe on my covers. We started with two concepts, a feather, and a dragon. The dragon eye looked perfect, so we made the pupil look like the moon. I still wanted pirates to be hinted at, so I suggested the ghost of a pirate ship in the corner of the dragon's eye. The final product served as a modifiable version of the other two books.

My characters are ALL completely unruly! I wanted Lisette to have the goal of returning to France. Turns out, she didn't want to go.

"They were together, they were naked, and they had just tried to kill each other. The next step was obvious."

The entire story was fun from top to bottom. I've never just sat down and written without a specific plan about where these people and this plot were going to go. Each day, I was excited to put my fingers on the keyboard and see what would happen next.

This is book 1 of a series, can it be read as a standalone? How do the other books in the story tie in with this one?

As a trilogy, the entire arc of the story goes across all three books. You could read just the first one, but you might be very curious at the end as to what happens next.

My average writing day depends upon where I am in the process. Probably my most interesting habit is my prep work. I spend a lot of upfront time developing my characters. Usually, a brief physical description, followed by extensive journaling as them (e.g., "Dear Diary, my name is Lisette de Lille and I am a marquise who lives on Ile des Oiseaux...") Within the journaling, I find their morals, their philosophies, and their boundaries. Now I know what they'll do in any given situation.

At the moment, I'm completing a novella. It's a mystery with a mouse detective. I'm working with two other writers to put out a trio of these "mouse detective" books, which is a brand new adventure for me. 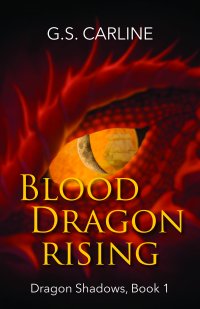 G.S. Carline
Lisette de Lille is not excited to marry a dull nobleman, but it will secure her Caribbean island for France. When her betrothed and his lover sell her to a pirate, all she wants is revenge. The pirate Rocco wants Lisette because an ancient curse turns him into a blood dragon. The spell will end when he kills her. When two souls are filled with such vengeance, is there any room to fall in love?
Fantasy
$0.99
$6.99
Amazon