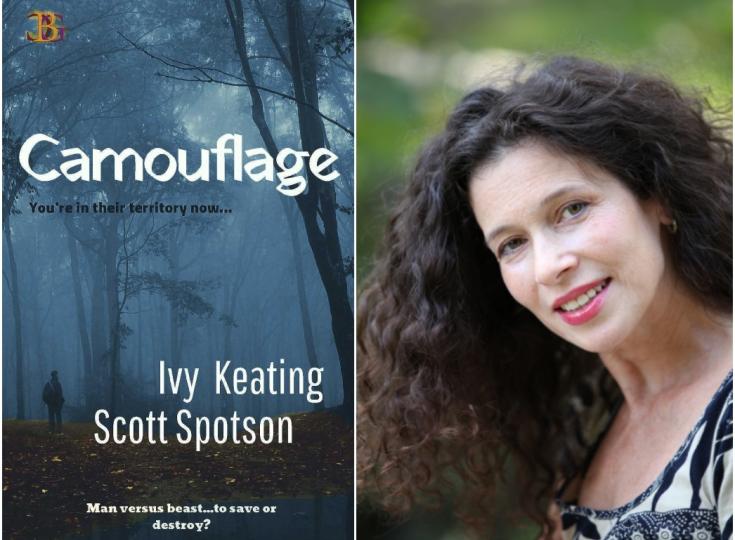 Motivated by nature’s mysteries and the complexity of human behavior, Ivy Keating enjoys writing science fiction and fantasy novels that explore the relationship between mankind and the natural world. She has a master’s degree in social work and this helps her understand the nature of her characters and give them added depth as they struggle with the repercussions of their actions.'Camouflage' was inspired by the landscape and natural beauty of New England.  As our Author of the Day, she tells us all about her book, Camouflage.

Please give us a short introduction to what Camouflage is about.

Camouflage follows Sean Dermott, a new police chief on a missing person case that leads to the discovery of a deadly prehistoric creature in the forest of a local park. In the chaos which follows, it is up to the chief and a team of scientists to fight for balance by ensuring the safety of his town while preserving this remarkable discovery. Until an incident occurs with unexpected and fatal consequences.

Now the chief's superior, Colonel Gunner, decides the creature must be killed to ensure everyone's safety. However, Sean insists there's a better way.

He will risk his career, his reputation, and his own life to do what he believes to be right. The question is: will he succeed, or will all be lost?

What inspired you to write about the discovery of a deadly prehistoric creature?

The New England landscape inspired me to write Camouflage and create the deadly Tribolmegasaur. The land in Connecticut is mountainous and has many natural water features. The town I live in prides itself on land preservation. There's a park called Quarry Head near my home. The area is dense with forest, but if you stand on one particular ledge you can see a speck of the Long Island Sound way in the distance. I looked at the valleys in between and felt for sure there are creatures out there that we haven't discovered. And then I wondered, if we find something big and dangerous, what would we do with it? The thoughts would not leave me, and I started to write. 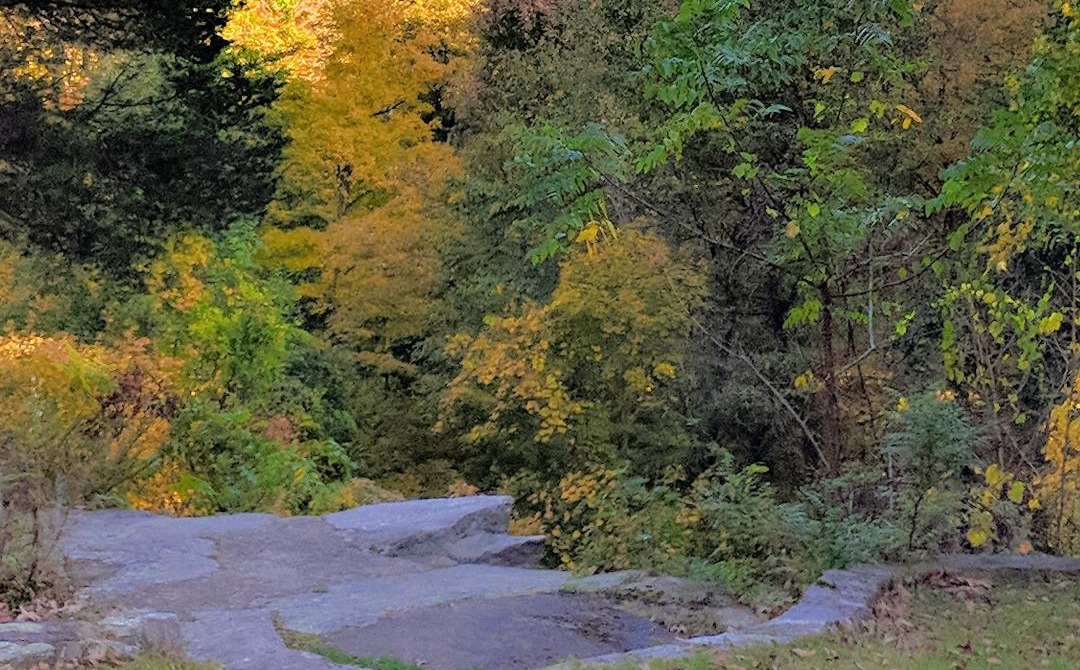 Your books often explore the relationship between humans and the natural world. What interests you about this topic?

I was always interested in how people react to things. My education is in social work, and this helped me develop a better understanding of how we interact with the world around us. For me, the natural world is as much a character as the actors in my story.

Tell us more about Sean Dermott. What makes him tick?

Sean is the new police chief in a small, prosperous Connecticut town. He has a good moral compass but will bend the rules if it means fighting for what he believes in. He conceals an injury that affects his vision because he does not want people to think he's limited and therefore not capable of doing his job. Dedication to his career has created problems in his social life. He enjoys going out, but work comes first.

He enters the police academy because, when he was a child, his aunt was severely hurt during a robbery. He wants to do his part to prevent this from happening to anyone else.

This book was co-written. What was the experience like? What have you learned during the writing process?

Camouflage is my first book. I decided to work with a co-author to help me with editing. I am also very glad Camouflage was published with a publishing company, Champagne Book Group. The rigorous editing and finally line editing the novel went through improved it.

The experience working with everyone was terrific. The best advice I can give anyone interested in writing or pursuing any goal, is to learn to love criticism. No one likes to hear what's wrong-but it's what we learn from. I kept an open mind, made changes where necessary and held my ground when I didn't want something changed. Through the process of working with others I learned a great deal and became more confident in my work.

You also included a bit of romance in this book? Why?

The story line between Sean and Vanessa developed naturally. I always knew Vanessa was going to report her friend missing, and I knew Sean was going to be the lead investigator on the case even though he's the chief. I felt chemistry between them from the beginning, and I enjoyed helping it develop. I was very happy when I read a review on Amazon that remarked about their relationship. "There's even some romance, but it's perfectly placed in the background." I also admit-I like writing romance. There's a subtle attraction between the rigid Colonel Frank Gunner and scientist Irene Stone. I was amused by their relationship. I hope readers catch it.

The story was written from different points of view. Why did you take this approach?

Naivety. Camouflage was my first novel, and it was written because something inspired me to write. I had no formal training. In the original draft there was a lot of head hopping-changes in point of view. I had to learn not to do this. When I understood why only one point of view could be used at a time in each chapter, I still wanted to give readers the story from the insight of more than one character. This is why, Sean's, Vanessa's, and Greg's different views are all included. I have just finished my second book and there are multiple views in that story, too.

Which of your characters has been most challenging to write?

There's something challenging in every character, but for Camouflage, the hardest characters to write were the scientists. Dr. Greg Mitchell is the herpetologist that put together the team of scientists that worked with Sean. When he spoke about the deadly creature, I had to make him sound like he was pooling his resources to figure out what it was. This required an understanding of reptiles, modern day and dinosaurs, that I did not have. Many times I had to stop writing a story line to research what he or one of the scientists would say next. I found that for every page of information I gathered, I would only have one or two facts that I needed to include in the story. But it took this amount of research to make the character sound knowledgeable. Much of the information I found very interesting.

I just handed in an adult fantasy to my publishing house. It is set in a medieval-type period where magical creatures called Valomeres are controlled by rulers and oracles. The Dark King of Bounten, who has a Valomere that can cause instant death, plans to invade a weaker kingdom for their resources. Only one thing can stop his reign of terror: a commoner with a secret past and a powerful Valomere of her own.

Where can readers get this book or interact with you?

Camouflage is available at all major online retailers. Here's some quick links to Amazon, Apple Books, and Barnes and Noble.

My website ivykeating.com has links to all these retailers and more, like my social media accounts and the trailer for Camouflage; https://www.ivykeating.com/camouflage. 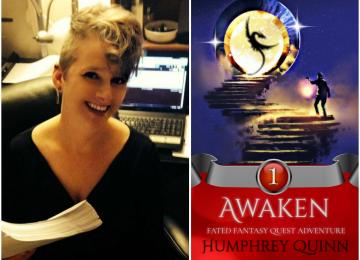 Humphrey Quinn - Suspense, Action and a Lot of Fun
FEATURED AUTHOR - Humphrey Quinn writes fantasy and paranormal series for young adults, or the young at heart.  With today's Author of the Day, we chat about the book: Awaken. When did you decide to become a writer? I started writing very young, throughout school and into college. But I decided to take a break—a very long break of ten years while I began a career in the airline industry. I was just turning thirty when I picked up writing again. I retired from the airline at forty and have been writing full… Read more