J. Thomas-Like - Writing About Fame, Love and Loss
Posted on 29th of May, 2016 by Naomi Bolton

J. Thomas-Like has been passionate about storytelling since she was only four years old. Whenever the inspiration hits her, Thomas-Like indulges in what she calls "binge-writing," often working on her latest book long after everybody else went to bed. As our Author of The Day, she chats with us about the inspiration behind The Widow and the Rock Star, her love for Stephen King books and her other secret skills.

Vivienne Stark loses her military husband at a very young age and it then shapes how she deals with the world for the next seventeen years of her life. Just as she is finally allowing herself to let go of the past, she is confronted with threats to the foundation she has created and the possibility of finding love again. If that isn’t enough to throw her off balance, another tragic loss comes her way. Her past behavior makes the reader believe she will go back to her old ways and hide from the world. But Vivienne chooses light and life instead. It’s a raw and honest look at grief and healing.

Tell us a bit about your journey before you published your first book. Have you always dreamt of becoming an author?

I began telling stories when I was about four and didn’t start writing them down until I was about seven or eight. I always wanted to be a writer, but life sort of got in the way for me. I kept at it as a hobby, but it wasn’t until I met some other published writers and joined their group that I finally realized now was the time to put other things aside and go for it.

Besides writing, do you have any secret skills?

Besides being able to eat ALL THE ICE CREAM EVER, probably not. I can knit. I can bake a mean sugar cookie. Beyond that, I’m a pretty ordinary average gal.

Vivienne is a widow, something that is quite unusual for heroines in romance novels. Why did you give her this back story?

Vivienne needed a reason that she was so afraid to move forward with her life. I didn’t want to use any of the ordinary story lines and widows weren’t something I saw a lot of in the books I was choosing to read.

The Widow and the Rock Star keeps the reader hooked until the end. How did you pull that off?

I think it’s because you just never know what Vivienne is going to do. Is she going to revert to her old ways? Is she going to hide again? Will she finally realize what she’s been doing to herself all these years and break free?

Do you have a favorite line from the book?

Probably “I call bullshit” is my favorite. It’s used fairly frequently and there’s no other way to interpret it.

In your novel, you explore the devastation of loss.  What was it about this theme that inspired you to use it?

I lost my father to cancer when I was only 35 years old. I was two months pregnant at the time and he never even got to know I was expecting. I had to swallow a lot of my grief after he died because I was afraid of affecting the pregnancy. As a result, after my son was born, I suffered from pretty severe post partum depression. It took me a long time to process the grief and dig through the depression. I drew on much of my own experience to detail Vivienne’s journey.

What does your average writing day look like? Do you have any interesting writing habits?

My regular life is pretty full with a job, family and trying to write when I can, which is usually after everyone else is in bed. I tend to go in spurts where I set aside every possible thing and focus on binge writing. Then I’ll let it go for a few days until I can find another block of time to do it all over again. 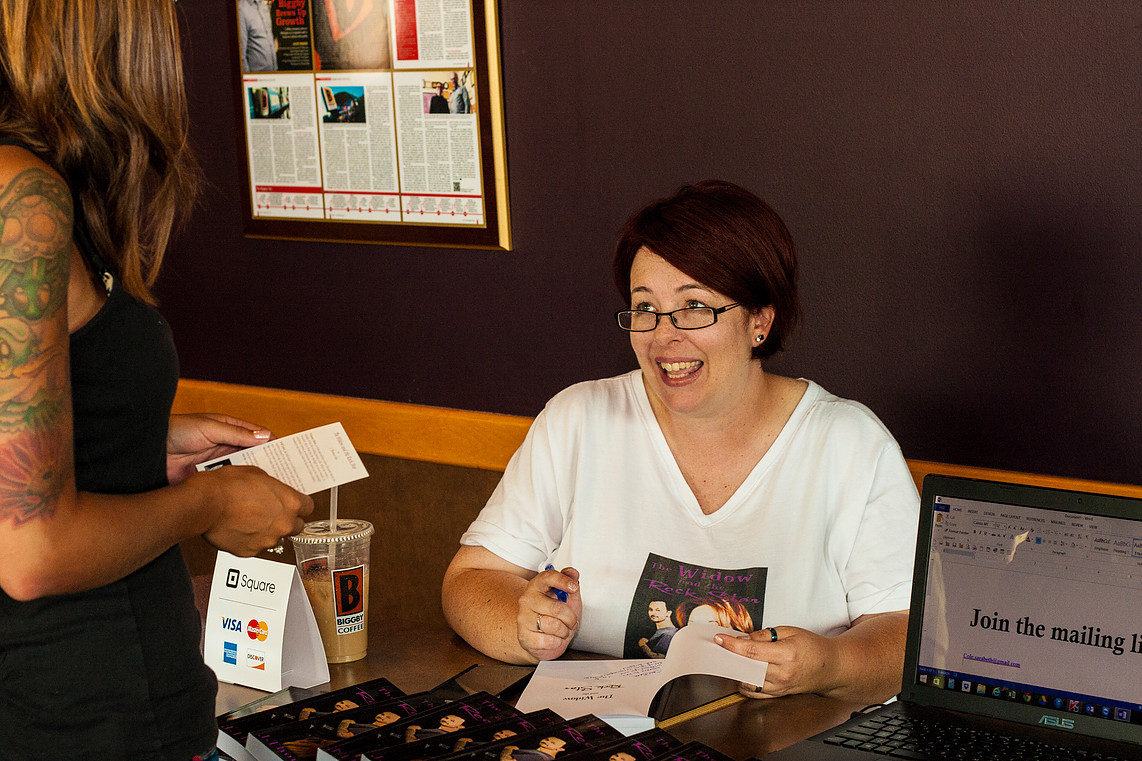 Both Vivienne and Will have some emotional baggage. How do you make their issues so relatable?

I tried to think of my own baggage and the albatross my friends and family carry around their necks. Who doesn’t have something in their past these days that shapes how they see the world and react to it? Loss is universal. Everyone has experienced it or will at some point.

Do you have an underlying message with this book? What do you hope readers take away from it?

There was no real message when I started it, but looking back I just want people to know that you can recover from loss. You can go forward and be happy. That doesn’t mean you forget the ones you’ve lost or you ever stop being sad that they’re gone. But you can find happiness again if you open yourself up to it. Seek help if you need it.

Who is your favorite author and why?

My all time favorite author is Stephen King, believe it or not, considering I don’t write horror. The way he draws you in and then tells the story in such a conversational way gets me every time. I wish I was that smooth.

What did you have the most fun with when writing The Widow and The Rock Star?

I won’t say who I based Will’s character on because I don’t want to ruin it for readers. I want them to fill in their favorite rock star’s face. But that was probably the most fun for me, pretending to be Vivienne and getting to meet and interact with my celebrity “crush” at that time.

I’m currently reincarnating a fantasy novel I began in 2002 that I originally got from a dream I had. I put it aside when I got the idea for Rock Star, but now I’m going back to it hoping to shape it into a three-part series. I am also planning on sending my last widow tale to press in June. It’s called The Widow and the Orphan and it actually goes back to the characters from Rock Star. It’s not a series, per se, but I hope readers who enjoyed Vivienne and Will’s story will go on to find out what happens to Pepper and Gabe.

Where can readers find more of your work or interact with you?

All my books are available exclusively through Amazon.com right now. I’m all over social media: www.facebook.com/jthomaslike, @jthomaslike on Twitter, jthomaslike12 on Instagram, Goodreads, and at my website, of course, www.jthomaslike.com. I have a blog you can connect to at the site, as well. 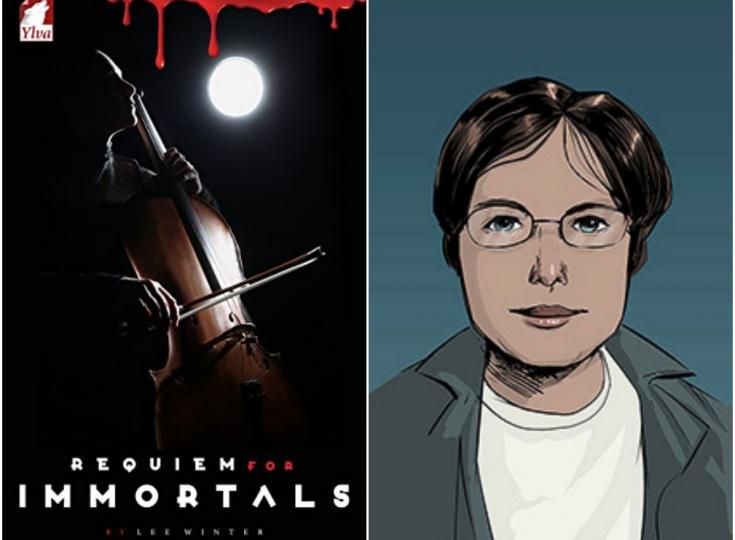 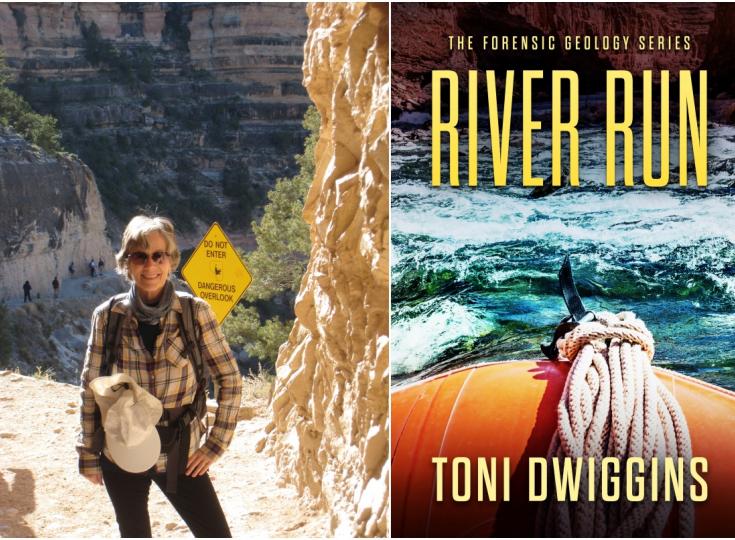 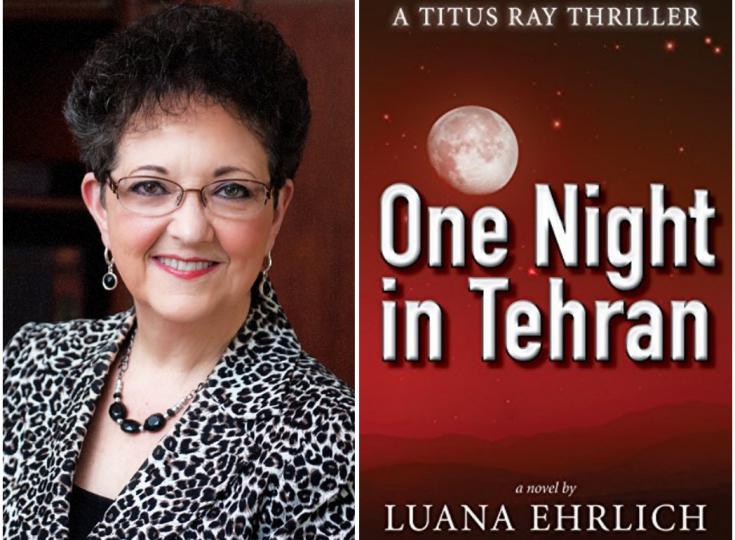 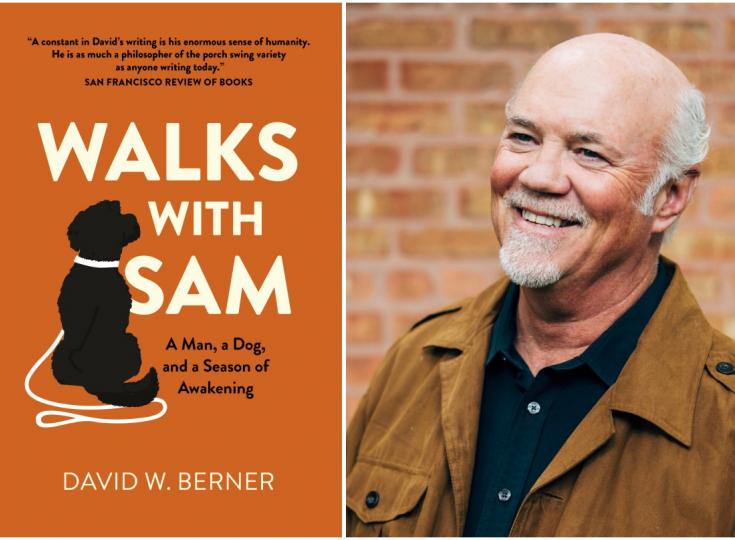 David W. Berner - A Man, His Dog, and Unexpected Discoveries
Sign up