Jack Kregas - Inspired by Dreams, Imagination and Experience
Posted on 11th of April, 2017 by Naomi Bolton 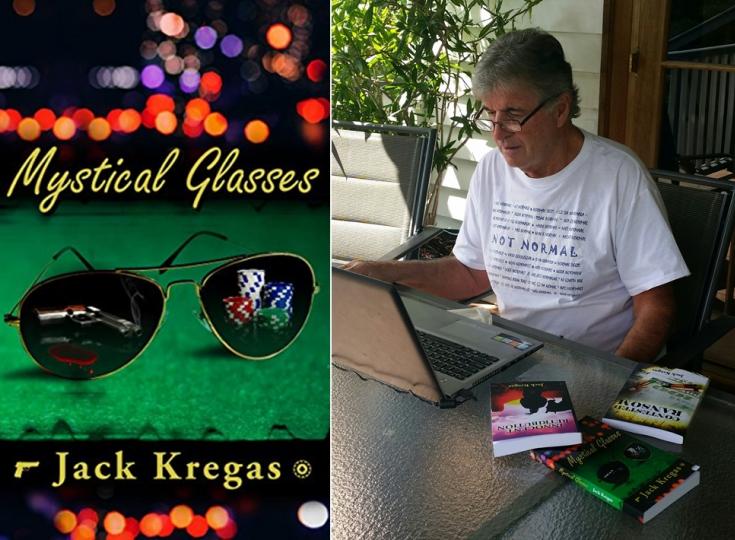 Since he started writing, Jack Kregas plays less golf and poker, but has a lot more fun - and so do his readers. Kregas has a very interesting life, and after publishing his first novel, an autobiography, he realized that writing is all about telling stories. He hasn't stopped writing ever since. As our Author of the Day, Kregas tells us how his own experiences and his dreams shape his writing and reveals why his novel, Mystical Glasses, was an accidental thriller.

Please give us a short introduction to what Mystical Glasses is about.

Mystical Glasses is about Joey Moretti, a poker player who found the mystical glasses. From that time his life changed as he could win at the tables but feared for his life and his girlfriend’s life as her ex-husband stalked them with the intention to kill.

What inspired you to write a crime thriller from the perspective of a poker player?

I am a tournament poker player and the idea came from my experience. It then took an unexpected, unplanned turn into a thriller. I should point out that I don’t start with an outline or any exact ideas. I think about it when I sleep. The next day I write from these thoughts adding whatever comes into my head at that time.

Tell us more about Joey's character - what makes him so special?

Joey developed into a character I could relate to in that he does things his way. He doesn’t let morality or the law keep him from doing what he thinks is right for the situation at hand.

How have your own experiences in life shaped your writing?

My first endeavor in writing was all about me and my experiences. After that I wrote my first novel, Choice Cruise Lines. I discovered that writing was just telling stories like I’d done most of my life. People and places in my stories are conglomerates of characters I have met and places I have seen. Usually the life experiences of the characters influence the progress of the story as it shapes in my mind.

In which ways have your life changed since you published your first book?

I play less golf, less poker but having more fun. That is to say I have re-acquainted with friends from years ago as well as meeting many very interesting people in my book-related travels.

Your book describes in great detail the harsh realities of prison life. How did you pull this off?

I have never been in prison or know anyone who has. It was how I imagined life inside a major prison to be like and based on some research.

Revenge is a central theme in Mystical Glasses. Why did you take this approach?

As the character developed it was the logical approach to a protagonist, like we see in the news almost every day.

Your readers say that you kept them glued to pages throughout the book. What are some tricks you use to keep them at the edge of their seats?

I do not see it as tricks. I believe if you write in a minimal way, short and to the point as if relaying a story to a friend, it keeps the reader involved. Intrigue has the reader wanting to know what happens next.

What was the most challenging aspect of writing Mystical Glasses?

For me, writing is the easy part. My head is full of stories and characters waiting to appear on pages. The challenge is to market the book, to get the book into the hands of readers and then having the readers put up reviews and tell their friends. I am fortunate to have two editors who understand I cannot spell and edit the books in keeping with my style. They have the most challenging aspect. This is an area where I am very lucky.

Skills evolved with me throughout my life. Skiing, building businesses from an idea to reality, adapting to living in different countries and places, playing poker, and then writing. There was never a plan as such. It has always been seeing an opportunity and making the most of it. The ability to adjust is the answer to your question.

I will answer this back to front. I will probably talk about me. I will order a coffee and a cognac, if I think it will go on for a while. The person will depend on how I feel at the time. Possibilities are Ghengis Khan, Winston Churchhill, Adolf Hitler, Abe Lincoln, Ronald Reagan, Red Skelton, Linda Lovelace, Michael Jordan, Helen Mirren, Richard Pryor, or my grandmother.

Tell us about your writing habits. Favorite writing spot, the best time of day to write etc.

I sit in the corner of the kitchen on a stool with a laptop on a countertop for the most part. If the weather is good, I sit on the deck. The stool is uncomfortable but close to the fridge so I can write and snack. I usually start about 11am after going out for a coffee and work till about 3pm or until I run out of words, which is usually about 2000. The next day I reread the previous days writing and that is the last time I look at it. I have never read a book that I have written. I work with the editors if they have a question but do not reread and seldom rewrite unless I think of something that might add to a scene. The story is in my head so I do not have to read it.

I wrote Innocent Retribution, the second in the Joey Moretti saga in one month. It was released on the 17 December, 2016. I wrote the third book, Contested Ransom in three weeks and then waited till mid-March to release it. Contested Ransom was by far the most difficult to write because of the extended action scenes. In my opinion, it is also the best of the series. The next book of Joey Moretti will be out in November. In the meantime, I am writing a book of three completely unrelated short stories.

I am open to questions and observations and can be reached at: 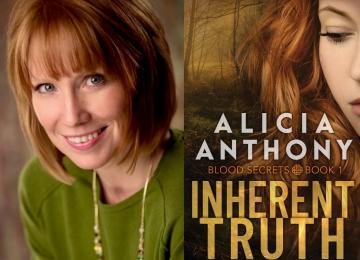 Alicia Anthony - The Cost of Truth and the Price we Pay for Love
FEATURED AUTHOR - Alicia Anthony’s first novels were illegible scribbles on the back of her truck driver father's logbook trip tickets. Having graduated from scribbles to laptop, she now pens novels of psychological suspense in the quiet of the wee morning hours. A full-time elementary school Literacy Specialist, Alicia hopes to pass on her passion for books and writing to the students she teaches. A two time Golden Heart® finalist and Silver Quill Award winner, Alicia finds her inspiration in exploring the dark… Read more