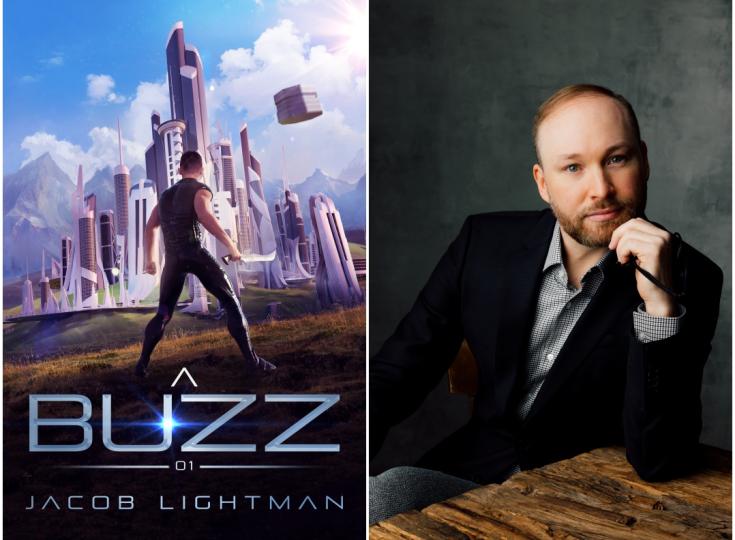 Jacob Lightman lives in the Twin Cities area of Minnesota and is the author of the science fiction adventure novel A Buzz. He is passionate about creating new worlds with exciting, dynamic, and fun characters. When he isn’t writing, Jacob enjoys lifting weights, cooking, and collecting old books. As our Author of the Day, he tells us all about his book, A Buzz.

Please give us a short introduction to what A Buzz is about.

It’s called A Buzz Volume 1 and it’s the first novel of a science fiction series. It takes place thousands of years ago in South America. Different regions merged to form a country called The Land. The main character Jaway is the commander of a crew of soldiers who go on peaceful missions through the rainforest where revolting tribes live. A bomb planted by these clans explodes and damages their flying ship and they go on adventures in a dangerous, exotic world. They are youthful risk takers. We follow their personal lives and get close to them. But in the background there is always a looming danger of the Wild Territory clans. The crew has fun and daring adventures and we learn about them in their world.

What inspired you to write a story set in an ancient alternate history?

I went on a weekend trip and came up with the general concept and then built everything else on that. I had always been fascinated by ancient ruins and ever since I was a child, I was curious about past civilizations. Even today, I believe they had to have some amazing technology to accomplish what they did. Our world today runs off electricity, but what if a different element was discovered to power our lives? My book offers a glimpse into a world that, if it happened, explains how one of the ancient civilizations were able to do everything they did.

Why did you pick South America as the location for your hi-tech nation?

Originally, I wanted to create an experience for the readers that removed them from their world and all their problems, where they got lost in the characters and settings. I didn’t plan to specifically use South America as the nation, I just realized after coming up with all the regions that it was exactly like South America, so I went with it. Perhaps unconsciously I came up with it. I actually spent some time in jungles and went on some amazing trips, so maybe that inspired me to use that as a setting.

Tell us more about Jaway. What makes him tick?

Jaway is a 21 year old commander of a crew, and he has a natural skill to be able to operate their technology at the highest level. He has a lot of responsibility as a young adult; however he loves being adventurous and having fun. He likes going to fun places and doing fun things. Keep in mind there will be 8 volumes, and I wanted to highlight him as the main character in volume one, but also give other characters a time to shine, and for the reader to get to know the world through all the characters. There is much more to come from him in the following volumes.

I enjoy travelling and have studied different languages. I speak a little Spanish, French, and German. I’m also really good at getting a deal at flea markets. I collect old books and it’s fun to get one that looks really cool, or is from a great author, for only a dollar or two.

The plants, animals, and tech are all described in such a way that you could believe they actually exist. How did you pull this off?

I’m glad that was how you experienced my book, because that was important to me. I put myself in the situation, in my mind, so that I was able to look around and describe exactly what I saw. I wanted the reader to be in the moment, and to be able to feel as though they were looking around and noticing different details. Like a sculptor uses clay to create a piece of art, I wanted to do that, but with words, so that the images were created for the readers and the art will live in their mind.

I really love the excursions they take into the rainforest. It is a group of young risk-takers who are going on adventures and deal with the challenges they face. I enjoyed feeling as though I was spending time with friends and going to fun places and working together.

I feel like the entire process took a different route from my original vision on my weekend trip when I came up with the overall ideas. My characters are their own people, and they make their own choices. After establishing their personalities, it seemed like some of them were perfect for behaving in a certain way and I went with that.

Cool cover. Tell us more about how it came about.

Thanks! I had a great time working with Jeff Brown. He has done a lot of other great science fiction covers. I wanted to convey that it was an upbeat tone while highlighting the world and main character. The image on the cover even has the unique haircut that was popular for young men at the time. I believe Jeff created the buildings from 3D images. I really love that he included the ‘glider’ on the cover also. That is their flying vehicle.

This is volume 1. Can it be read as a standalone? How do the other books in the series tie in with this one?

Yes it can stand alone. I believe this because it certainly presents many topics that we talk about in the world now like the subconscious mind, politics involving powerful governments, problems with our current technology, and the humanity of our circumstance as people. For example, right now we are very limited in inputting data into our devices. We use an antiquated system of the typewriter that was invented in the 1800s to input information into devices. So our current problem is that our gadgets can process information, however we cannot upload our data quickly.

I think it explores love in a natural way and speaks to the universal experience we have as people. I don’t want to give too much away but there will be seven more volumes. Now that the world has been established, we can focus on many other aspects of the characters and their world. The characters have also been established to include cultural differences based on their regions. The following books will continue to highlight the human experience while being surrounded by futuristic technology.

What, would you say, is the biggest difference between your world in A Buzz and the one we live in today?

As I mentioned earlier, we cannot input data quickly into our technology. Imagine if we could upload our thoughts at lightning speeds? I think that a lot is the same when it comes to the human soul. As people we will always value love in our lives.

I like to have a nice breakfast then sit out on my balcony and write, if the weather is nice. It helps me to be in the moment and enjoy nature. I like to make drawings of the settings that I create, and it helps me to use them as a reference, to keep the details consistent.

I am working on Volume 2 and 3. I’m hoping to have these out quickly and I am really excited to bring something unique when it comes to literature and entertainment.

Thanks for asking. You can check out my website at www.JacobLightman.com. I have a complementary “guide to reaching your reading goals” that includes practical tips to build habits easily, and you can sign up for my newsletter mailing list. I’m also on Instagram and Facebook at @jacoblightmanauthor. On twitter I’m @jacoblightman. You can also find my author profiles on Good Reads and Amazon. 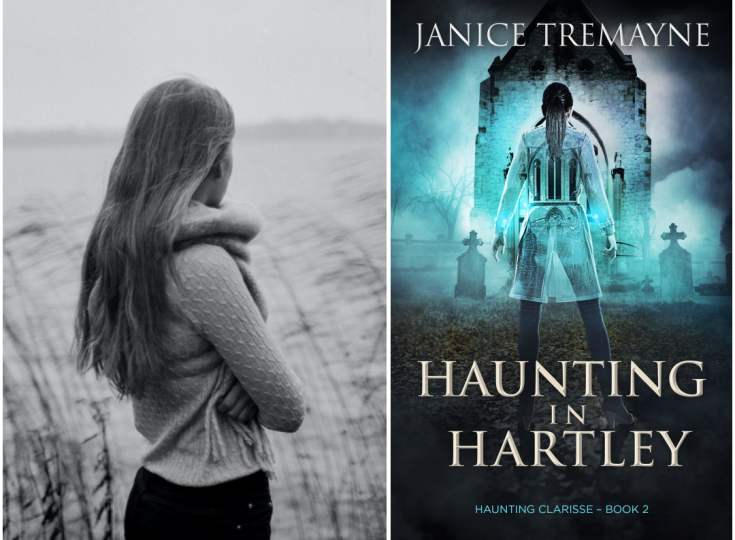 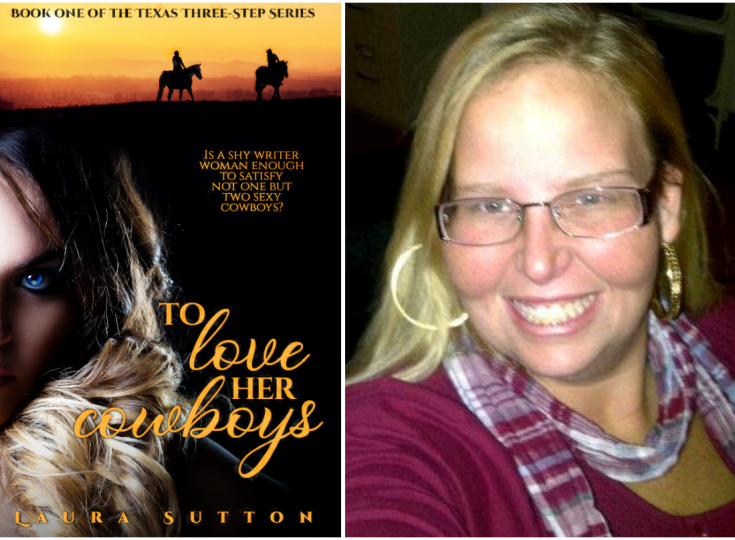 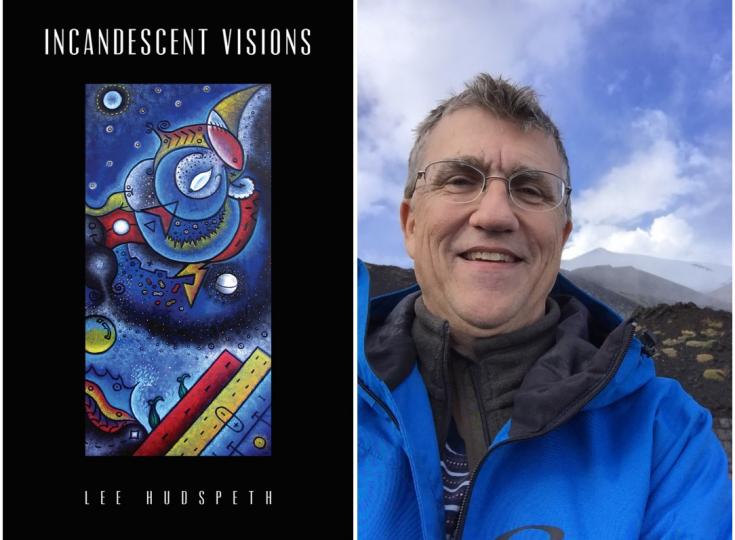 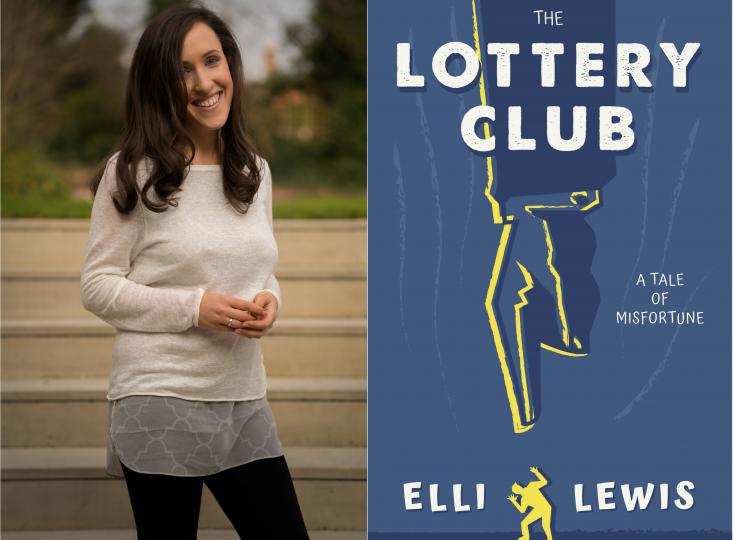