James Maxey - Fantasy, Sci-Fi and a lot of Dragons
Posted on 14th of June, 2016 by Naomi Bolton

Author James Maxey is a Piedmont Laureate recipient with a flair for writing Steampunk and superhero novels. He has also penned numerous novels about dragons, detailing the epic war between mankind and these giant lizards. Today we talk to him about his addiction to reading reviews from his readers, what makes his dragons different and how his cats inspire his writing.

Please give us a short introduction to your Bitterwood collection

A thousand years after the end of the Human Age dragons rule the world, with the remaining humans enduring as slaves, pets, and prey. Bitterwood is a man whose family was slaughtered by dragons, and devotes his life to killing every dragon who gets within distance of his bow. When Bitterwood kills the son of the Dragon King Albekizan, the dragons launch an all-out war against humankind. Bitterwood has never fought to free mankind; he’s motivated solely by hatred and revenge. As humanity enters its darkest hours, can Bitterwood break free of his demons to become the hero mankind needs?

How are the books in the Bitterwood collection related? Do they all end on cliffhangers or do they have separate endings?

There’s a core trilogy originally published by Solaris Books. The first novel was written and published as a stand alone, but advanced reviews of the book were enthusiastic so they asked me to write two more books set in the world. At first I was reluctant, since the first book’s conclusion felt so final. The body count by the final pages is pretty high. But, around the time I sold Bitterwood to Solaris, my girlfriend passed away from breast cancer. In the midst of feeling like I’d lost everything, I had to figure out how to build a new life. This emotional landscape gave me a framework for how to launch the second book, with the surviving character’s lives upended, and the seemingly final events of the first book actually proving to be the starting point of an even more challenging adventure.

As an avid reader, I find it unsatisfying when I read a book and get to the end and feel like the book I just read was nothing more than an advertisement for the book that will follow, so I tried to make all three installments of the trilogy standalone. The character of Bitterwood provides the main story arc of the first book, the second book is framed by the adventures of a dragon named Graxen, and the final book is built around an escaped human slave named Shay. But these framework stories are taking place in the backdrop of the larger tale of the war between the humans and the dragons, a story that does require the grand scope of three books to tell correctly.

Finally, the Complete Collection also includes a prequel novel, Dawn of Dragons, set 1000 years before the events of Bitterwood. Though it’s a prequel, it’s intended to be read last, since it explains a lot of the mysteries about the world I’ve built, and the final scene serves nicely as a way of looping the story back around to where the reader first came in back in the first book.

Have your cats inspired any of the creatures in your books?

I find it fascinating to live with these very independent carnivores who have their own agendas. If you own multiple cats, you even start to see the weird precursors of culture. There’s a pecking order as to who gets to eat first or who gets the best spot to nap. You quickly learn that cats hold grudges, and have shared grooming rituals to smooth out hard feelings. This gave me a bit of perspective when I was designing my dragon culture. I had to make them familiar enough the people would care about them, but also keep them alien enough so you wouldn’t forget they’re big lizards with different ways of looking at the world. Especially in the second and third books of the trilogy, I explore a lot of differences between human and dragon cultures.

In many fantasy books, dragons are just animals, tools, means of transport - what made you go all "Terminator" with the dragons turning against humans?

My dragons don’t all turn against humanity. I try to present good and bad characters on both sides of the conflict. Albekizan, the Dragon King, has allowed humans to live peaceably in his kingdom for generations, until Bitterwood murders his son. The thing is, Bitterwood has been killing dragons for years, and no one knows who he really is, or even if he’s a real person, or just some mythical figure that humans blame for the deaths of dragons in order to hide the identity of the actual killers. Albekizan feels that by ignoring the threat of Bitterwood, he’s partly responsible for the death of his own son. The only way to make sure that no more dragons die at Bitterwood’s hand is to make sure that there are no more humans in his kingdom.

But lots of dragons oppose him. His closest advisor, a dragon named Vendevorex, has raised a human girl from infancy, Jandra. She’s now sixteen, and the king is worried that Vendevorex’s affection for Jandra will cause him to oppose the war, so he kidnaps Jandra to ensure Vendevorex’s cooperation. Vendevorex has to rescue her, and the two go on the run. Every time it seems like all dragons should hate mankind, or all mankind should hate dragons, I come back to the relationship between Jandra and Vendevorex to show that at least some members on both sides would prefer to live together as equals. (Or, in the case of many dragons, superiors, since human slave labor is an important foundation of the kingdom’s economy.) 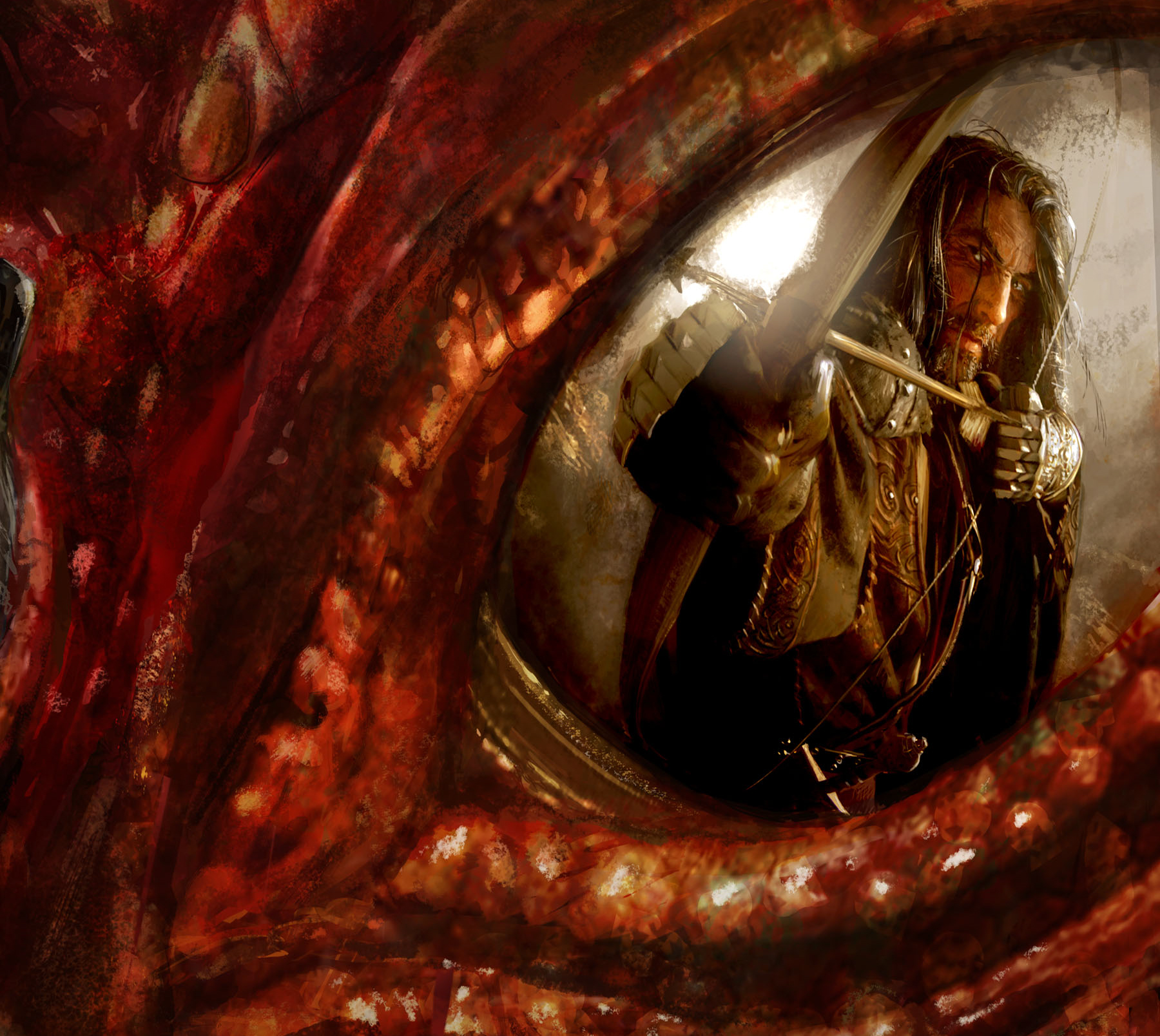 Your world is so different from our own, but there are also similarities. How, would you say, are the two worlds related?

Ultimately, I hope the book does justice to some of the big existential struggles unfolding in our own world. Is it possible to find peace in a world with such a complex history of injustice and grievances on all sides? I come up with a solution for my books, but it requires a dragon with superpowers, so maybe it’s not that practical a solution in the real world!

You have a knack for raising the stakes at every encounter in your books, requiring some epic events to resolve it all. Why do you pick this approach?

Is there another approach? I honestly can’t think of how else to structure a novel. The best stuff gets put in the final chapters. This isn’t to say that the beginning and middle aren't chock full of goodness as well, but it would feel anticlimactic to have the biggest scene in the book take place in chapter fifteen, then have the book decrease in tension of the next ten chapters.

How important is reader feedback to you? Do you read the reviews or do you prefer not to be influenced so they don't interfere with your vision?

I’m a review addict. I read them all, and feel that my writing gets better when I listen to my readers. One of the early reviews of Bitterwood made note of the fact that I had very few female dragons in the story. I’d been blind to the fact that I wasn’t daydreaming about the different gender roles of dragons. So, for the second book, Dragonforge, I really devote a lot of time to developing female dragon characters and explaining why they’d been so absent in the first book. The dragons passed through a genetic bottleneck in the distant past, and now live segregated so that they can’t be tempted to pick their own mates. A figure named the Matriarch keeps track of each dragon’s lineage, and chooses which dragons will mate as a way of ensuring survival of a species that started out with a dangerously small breeding pool. This segregation of the sexes provides both the setting and much of the plot of the second book, and it all came from a single comment from a reader.

What do you think is it about apocalyptic stories that captivates audiences so?

I suspect it’s a deep, subconscious way of grappling with our own mortality. Nearly all cultures throughout histories have had stories of how the world will end. I think, deep down, we can’t accept that the world might carry own and progress after our deaths. We want to believe we live at the pinnacle of history. It’s hard to swallow that we’re just the warm up act to even more wondrous ages to come.

You have a different, more science-based take on the magic often used in Fantasy. What inspired you to do so?

There is no better fuel for imagination than reality, and no better tool for understanding reality than science. My dragons have DNA. They have to obey the laws of biology, and also the laws of physics. This puts a lot of restraints on them, compared to more magical fantasy dragons. I compensate by having my dragons be smart. They use tools. They cooperate. They have ideologies that unite them, while the humans tend to fight among each other about who’s following the one true prophet. By writing fantasy following science fiction rules, the reader can trust I’m not going to have someone wave a wand and fix everyone’s problems by invoking a vaguely defined magic. 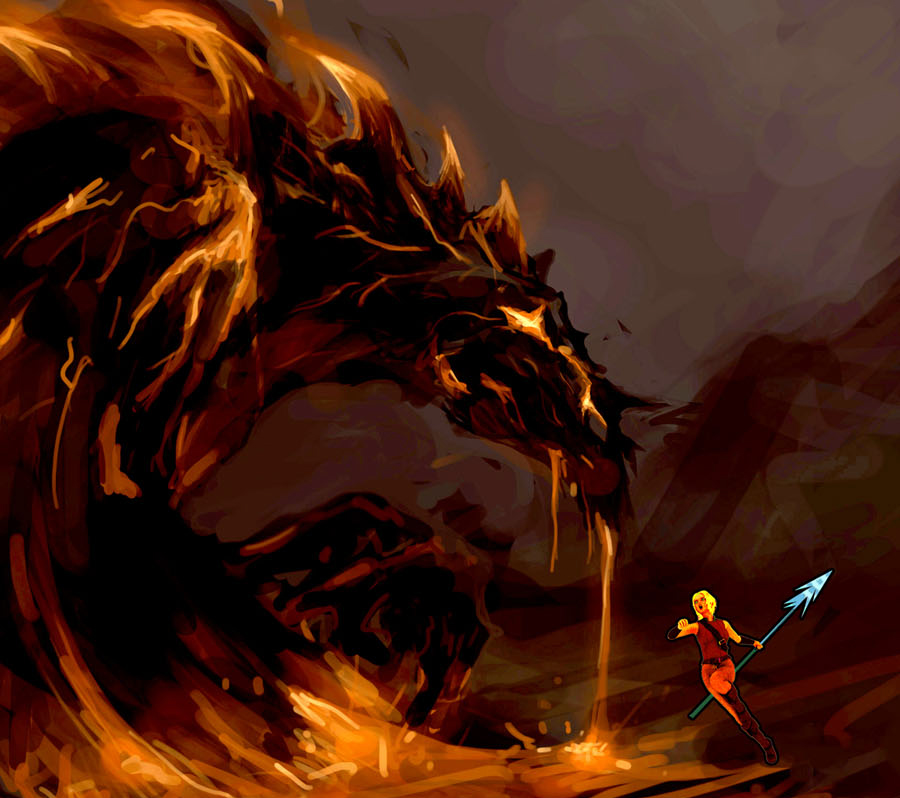 If you could have a drink with any author, who would it be and what would you have?

A novel called Big Ape. It’s about a superhero named Big Ape, who is (spoiler alert) a big ape. It’s a love story. And a murder mystery. Also, the ultimate secret of finding happiness in a universe that cares nothing for your comfort and pleasure will be revealed. It’s kind of an ambitious project.

I have a website I occasionally update, jamesmaxey.net. There’s a link there to contact me as well. If they want to explore even more of my fantasy, I do currently have the first book of my second fantasy series available as a free ebook. It’s called Greatshadow, and it’s completely different in tone and approach from the Bitterwood series. There’s more humor, and the action is more dungeon crawling and tomb raiding than big epic battles. It’s a homage to the sword and sorcery comic books I grew up reading. Just type James Maxey into Amazon, or any ebook vendor your choice. I’m ubiquitous.