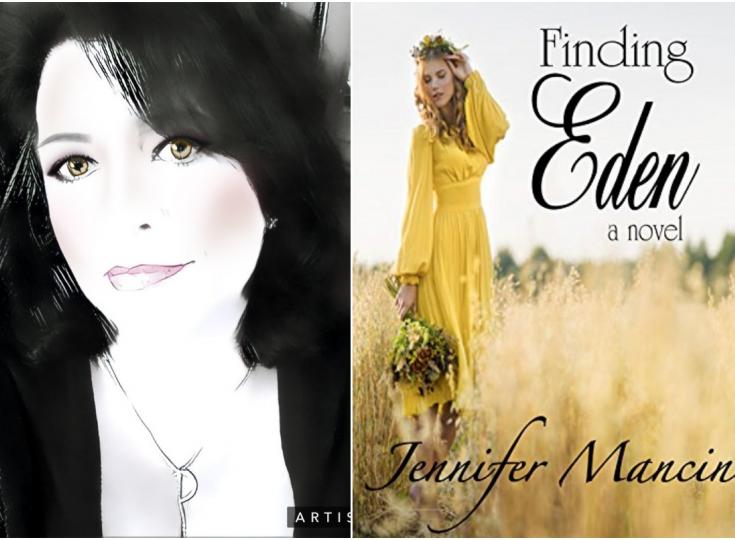 Jennifer Mancini is a New York-based writer, mother, wife, lover of nerds, shoes, wine, and laughter. A former actress and techie, Jennifer is writing full time these days since she can't seem to stop! She loves escaping with a good book and good friends and hopes you do too. As our Author of the Day, Mancini tells us all about her latest book, Finding Eden.

Please give us a short introduction to what Finding Eden is about.

Finding Eden is a Full Length Romance Novel about Eden Shane, a young, ambitious, only child of a famous folk singer who finds herself at a life-changing crossroads when sexy as hell, blue collar contractor Jon "Mac" Macintyre unexpectedly strolls into her somewhat idyllic world of wealth and privilege and instantly shakes things up. In just one night Mac has Eden questioning everything she ever believed she wanted for herself and her future, forcing her to come to terms with the fact that the perfect life she had meticulously mapped out might not be the one she really wants.

What inspired you to write about the daughter of a famous singer and a contractor?

While vacationing in Montauk (Long Island, NY) off-season several years ago I actually came across the inspiration for contractor Mac while sipping coffee at the Beach Club there. It was a horrible, rainy day but he and a small team of guys were still working out back on the property directly outside the windows of the restaurant. I remember being immediately struck by how confident and unaffected he seemed, despite the pretty terrible conditions he was working under and all while still managing to be extremely pleasing on the eyes. I remember thinking a lot about him in the days that followed, wondering what his story was and what kind of manly name would fit a big, burly guy like him. Once I decided that I had to sit down and get him down on paper creating Eden as his "fancy" little foil was relatively easy and the pieces of their love story just fell into place pretty quickly.

As far as famous folksinger Momma Shane, I was inspired by both Stevie Nicks' style and her music when creating the character, specifically her duet with Don Henley, Leather and Lace. Plus, growing up as the child of a celebrity automatically gave Eden a colorful backstory that worked for my story. She grew up privileged but she was also isolated from other kids her age. There was opportunity to experience many wonderful things like traveling and meeting all kinds of fascinating people but with very little structure or parental discipline involved. Summer's completely laissez faire attitude about life ends up being a huge obstacle for Eden in her adulthood, when she finds herself constantly fighting to not be anything like her mother, instead of allowing herself to just organically become the woman she was meant to be.

What makes Eden and Mac such a great match?

What makes Eden and Mac so interesting to me as a couple is the fact that they're so different and come from two extremely divergent backgrounds. On paper, they really don't look like they would ever fit together, but instead end up complimenting each other rather perfectly. Not only are they madly attracted to each other physically from minute one, but their souls also seem to recognize the other's as something intriguing and special as well. From the start, Mac encourages Eden to be her most genuine and authentic self and to strive for what makes her happy without ever pressuring her in any way. His own life experiences and solid upbringing have shaped him into the kind of person who can appreciate Eden for who she really is at her core -- and isn't that something that we all intrinsically want when it comes to romantic relationships? Being appreciated and loved for who we really are without having to morph ourselves into what we think the other person wants us to be.

Besides writing doing anything creative is where you'll usually find me. But I think probably my party planning, organizing, and decorating skills are what I'm the proudest of. No simple cake and balloon gatherings around here; I'm all about intricate themes, hand made crafts, specialty food that fits the theme, and realistic decorating. I love it when people are having a good time AND are immersed in an all-encompassing experience that's unique and memorable. If I thought any of my friends and family would go for it, I'd throw a full-out costume party or a masquerade ball at least once a year with all the bells and whistles.

What did you have the most fun with when writing Finding Eden?

The thing I enjoyed most about writing Finding Eden was not only watching Eden blossom and come into her own emotions as a person but I also loved writing the scenes with her and her friends. These characters were just so real to me when I was writing them that the banter and gentle ribbing between them came out fast, furious, and with loads of light-hearted fun.

Romance novel book covers are a little bit of a bone of contention for me because I'm not really the "Insert Gratuitous Hot Naked Abs Shot Here" kind of writer. I realize however that this is a big selling point for my genre and I'm probably doing myself a disservice by not getting on board with this trend. Personally, I like a cover that matches the content of the book without giving too much away, which is why Eden has a light, colorful "hopeful" cover that I think is extremely appealing, while also depicting a pretty good idea of how Eden might look without taking away anything too specific from the reader's imagination.

Your books feature dreamy guys. What's your advice on how to meet a nice, dreamy guy?

When it comes to meeting interesting people, "dreamy" alphas included, I really believe that confidence is key. I find that being truly comfortable in your own skin and owning who you are is a great way to get a lot of balls rolling and make yourself appear much more open. In my humble opinion, confidence always makes a person more attractive. And anyone who doesn't like it probably isn't the right person for you anyway!

I also think it helps to look at every situation as an opportunity, even if it doesn't appear to be right away. Strike up conversations. Smile often. Buy a round of drinks just because you can. Joke with people whenever it's appropriate and be open to trying new things. Don't be afraid. We're all just human after all. Plus, you never know where your next great human interaction might lead.

The holidays (Oct to the end of December) are always a little hard for me when it comes to getting any real productive writing in since my time tends to get filled up with family, parties, shopping, and other fun-filled holiday distractions just like everyone else. However, I am mid-way through Book 7 in my Incubus Rising Series (Paranormal Romance) and about halfway through my first full-length Sci-fi Alien Romance, tentatively titled Annihilation, which I'm writing as part of something I'm calling the Seven Souls Series. Annihilation is taking a lot longer to write than I initially expected because not only have I created an entirely new universe (literally), but I'm also having to keep track of a completely unique, self-created language for my hero which means lots and lots of research and pages and pages of notes. Still, I'm totally enjoying the process and hope to have Aurora and Vale's extraterrestrial love story ready to publish sometime early next year. 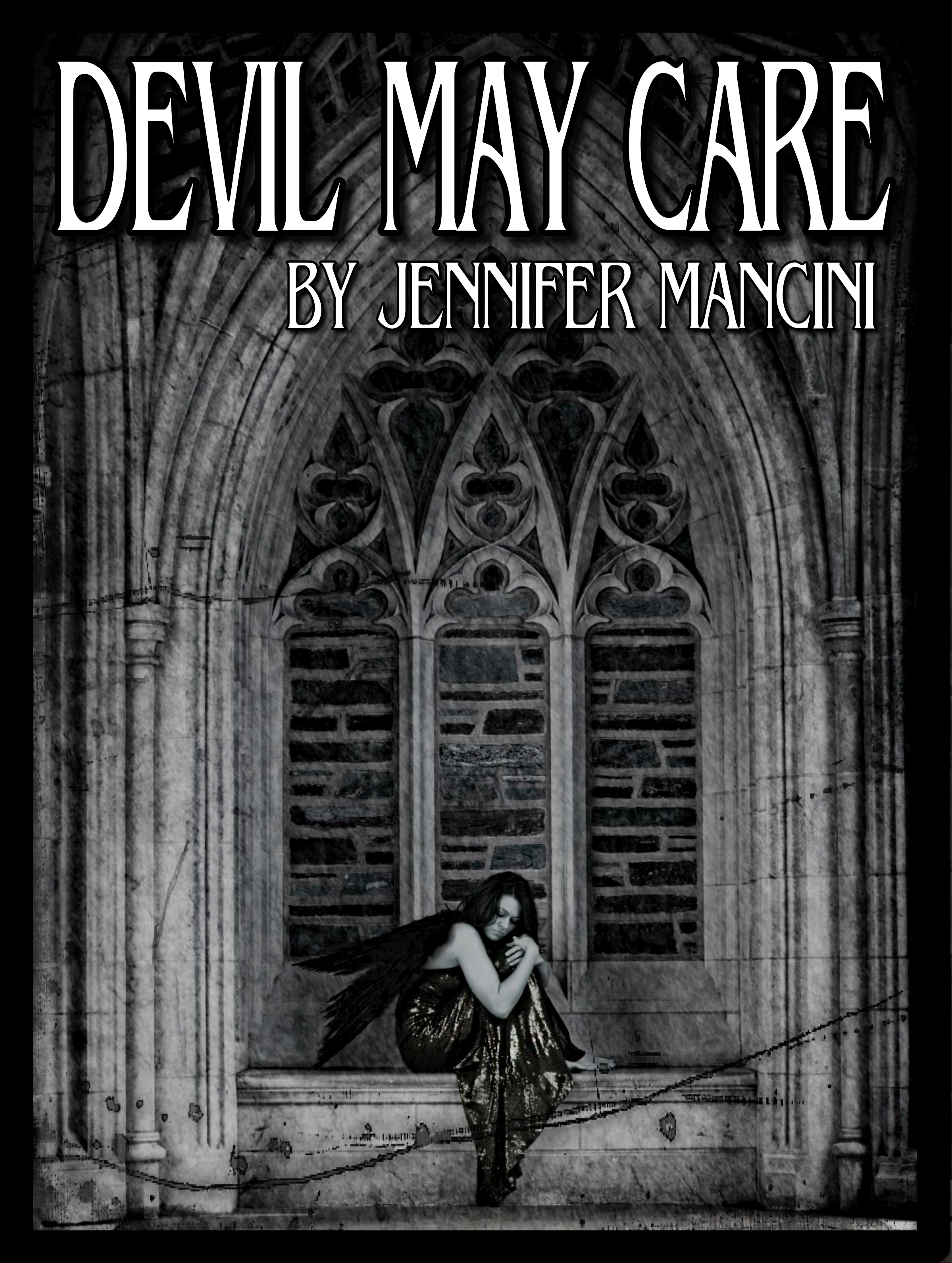 Readers should feel free to get in touch with me on any of the major social media platforms including Amazon, Goodreads, Facebook, Twitter and Pinterest (which happens to include photo boards and inspiration pins on several of my works, by the way). Simply go to my website for all the specific links or plug in my name to find out more. 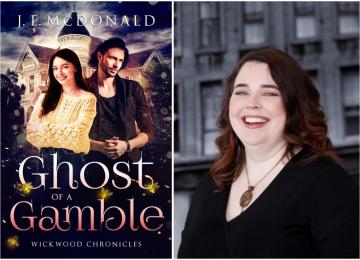 J.E. McDonald - Romance Comedies With a Paranormal Twist
FEATURED AUTHOR - J.E. McDonald was born and raised in Saskatchewan, Canada, The Land of the Living Skies. As a child, she was either searching the clouds for identifiable shapes, or star-gazing way past her bedtime. She cut her teeth watching Star Trek, James Bond movies, and reading the Harlequin novels her mother left in the bathroom—which resulted in an extremely skewed sense of sex education by age eleven. All of these factors contribute to her love of writing rom coms with a paranormal twist, romantic… Read more