Jim Stein - Transporting the Reader to Extraordinary Realms
Posted on 2nd of March, 2022 by Naomi Bolton 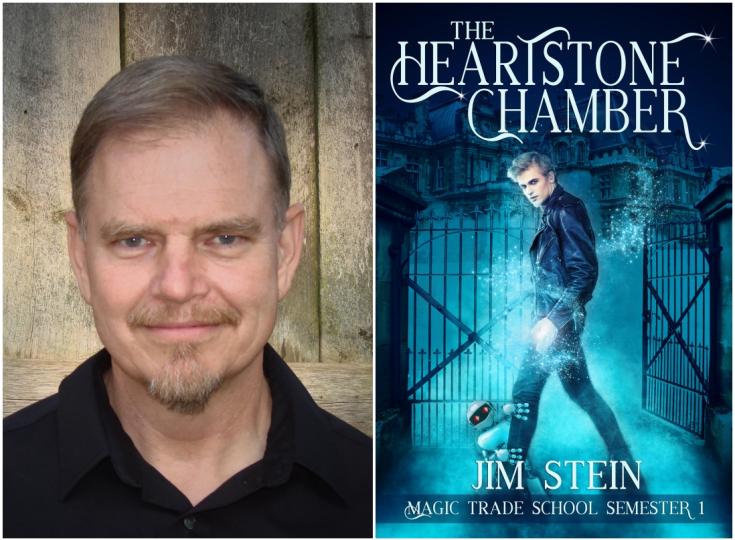 Jim Stein’s hunger for stories transporting the reader to extraordinary realms began under one meager bulb, a towel stuffed beneath his door to block the light. In retrospect, his parents probably got a kick out of a rebellious son who read until 3 am. From Tolkien to Asimov, Gaiman to Adams, he huddled with all the greats and unknowns plucked from the drugstore shelves to spin tales of the imagination. After writing short stories in school, two degrees in computer science, and several decades as a Naval officer, Jim has returned to his first passion. He writes speculative fiction advocating the underdog and embracing protagonists with strong moral fiber, often overlaid with supernatural elements and a few dark twists. Jim lives in northwestern Pennsylvania (in the US) with his wife, Claudia, and his muse, Marley the Great Dane. As our Author of the Day, he tells us all about his book, The Heartstone Chamber.

Please give us a short introduction to what The Heartstone Chamber is about.

Jason passes on college, unwittingly relying on a latent magical talent to repair everything from fences to computers. Unfortunately, magic and technology tend to combine with explosive results. Enter Attwater Trade School. The mysterious academy offers to hone his powers and train Jason in a lucrative trade suited to his abilities. Of course, there’s a catch. Graduates join a centuries-old fight to defend the world from monsters hidden in plain sight. That’s supposed to be a problem for the future, except the demons might not wait for graduation. 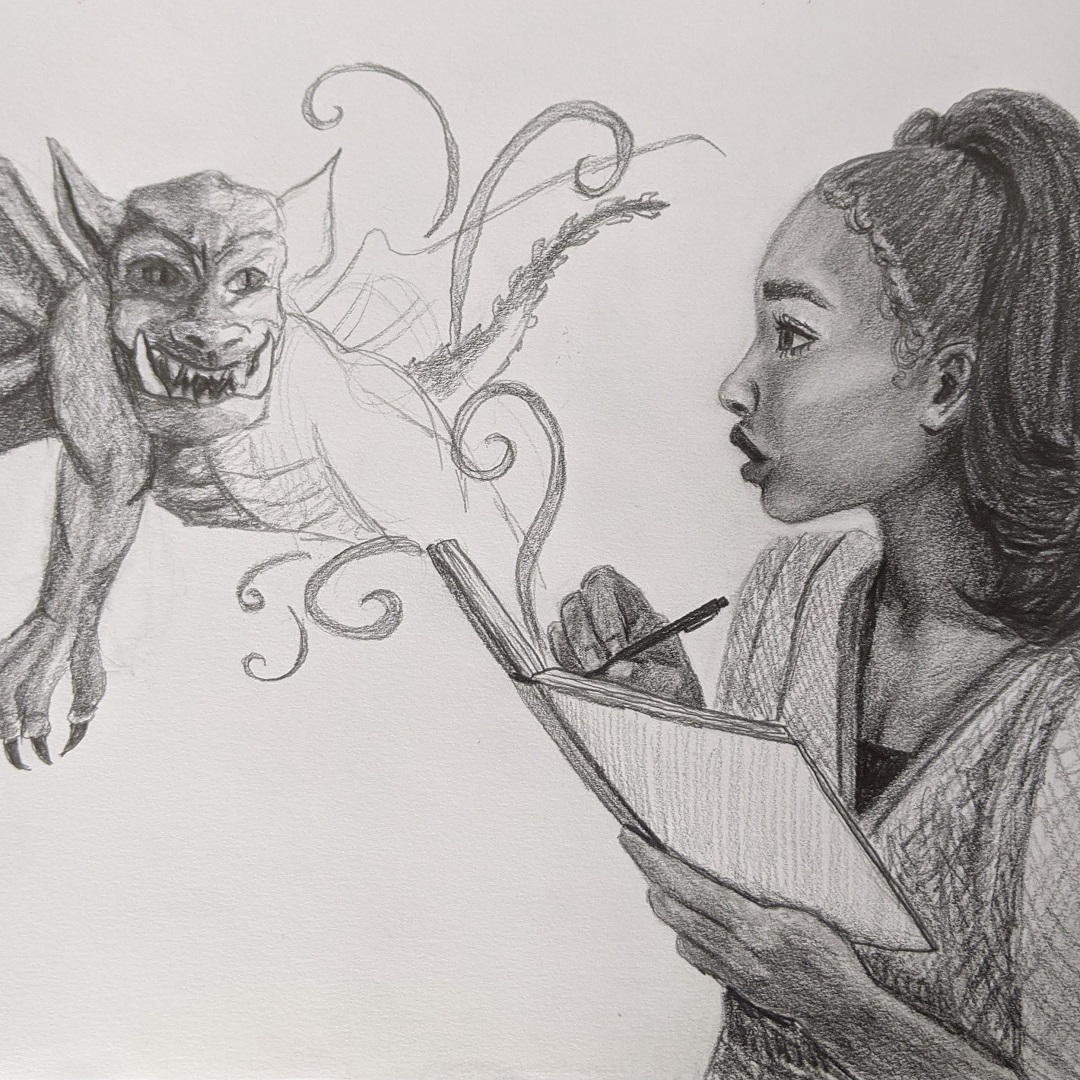 What inspired you to write about someone who hunts gremlins sabotaging a school?

It was time to follow heroes taking a lesser-known path. From construction to digital art, healthcare to logistics, and everything in-between, skilled trades form a pillar of society. Magic flows through the hands of craftspeople. Jason and his friends aren’t the type of folks to let problems slip by. Unfortunately, gremlins are just the tip of the iceberg.

They teach magic. Individual departments certify students young and old in trades from welding, to graphic design, to cosmetology. Two similar schools around the globe also train their students to defend against the demons infiltrating our industrial complex. Rumor has it that Attwater—the actual building—is “alive” after a fashion and just a bit temperamental.

Like so many of us, he wants to fit in, but usually doesn’t. Jason spends way too much time on nerdy pursuits, reading, and perfecting the small robots he builds. When his magic isn’t going haywire, it drives him to fix what’s broken. At Attwater he finds his clique: the cynical mechanic, a teen artist with a secret, and the boisterous cowboy who senses weather. These aren’t the cool kids, but they’ll be forged in fire as danger looms. Jason refuses to let them down. He can fix this.

I channel Jason’s fix-it abilities into our century-old house and the rolling beast… I mean, our motorhome (I’m typing this with my laptop on the dashboard). I also have a handful of pinball machines—you know, the old coin-op ones from arcades—in various states of repair. I’m a second-rate trumpet player, terrible poet, and fine homebrewer when I don’t stray off recipe. 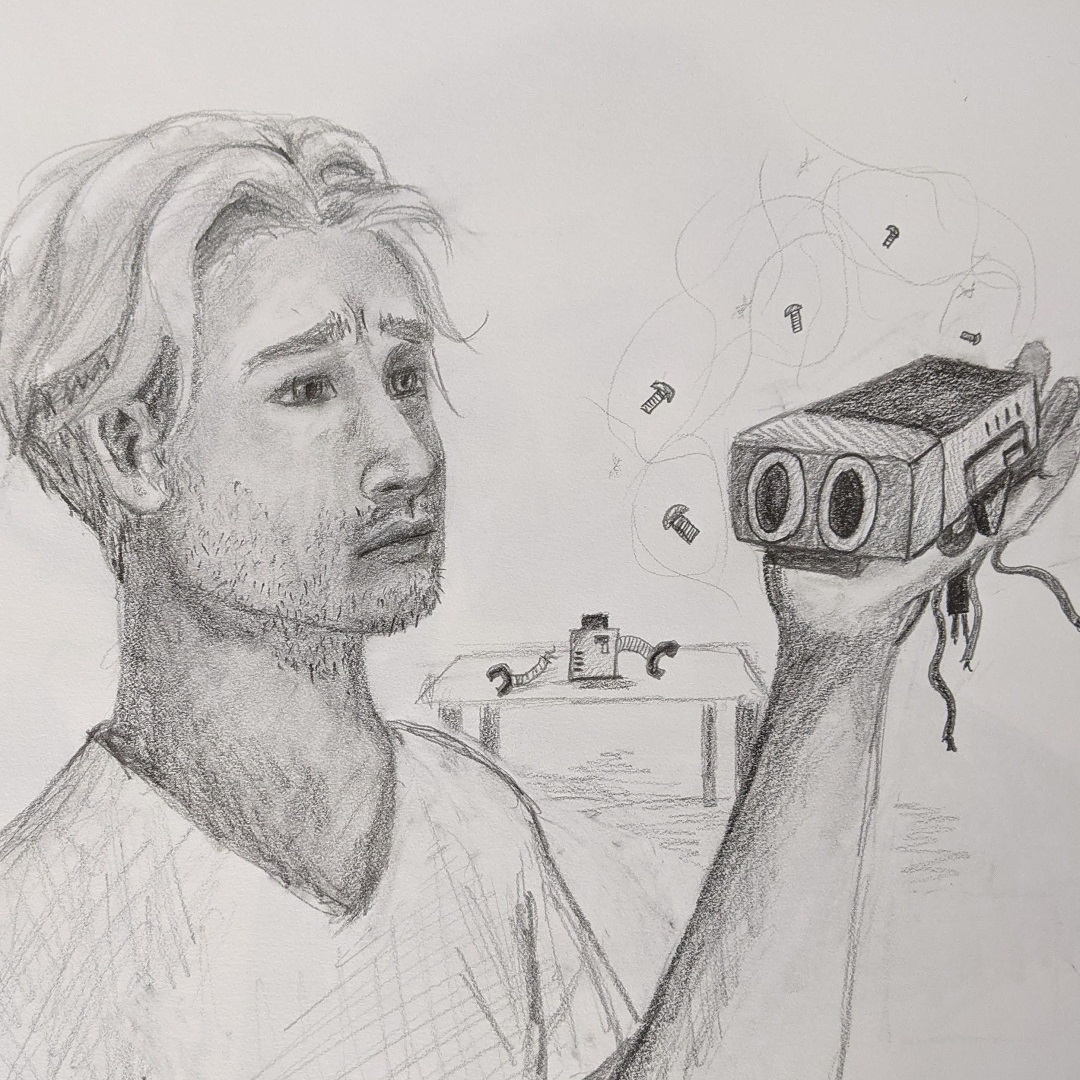 Big fan, long-time reader. Seriously, most of my teen nights were spent huddled under a desk lamp nailed to the wall, hoping Mom didn’t notice and make me go to sleep. Hobbits, wizards, barbarians, punny magical lands resembling Florida—all that and any science fiction I could get my hands on filtered through my skull. I like being transported to fantastic realms and imagining possibilities. I think we all do, but for me the setting should include magic, mysteries, heroes, intrepid companions, and all that jazz.

Readers love your world-building. Does writing about surreal worlds and enigmatic scenes present any particular problems?

Consistency is probably the biggest challenge. Making up anything you want can be freeing, but keeping track of what’s what can also prove daunting. I file notes and timelines in Excel, Access, spiral notebooks, stickies, napkins, you name it. Not the best system, I know.

Yeah, I’ve got a major beef with my supporting characters. There’s always one or two who refuse to just do their thing and get off the stage. Honestly, they’re upstaging my main character and making me look like a hack. As a relative newbie, I’ve already had a big goofy dog, an adorable forest sprite, and animated magical drawings hog the spotlight. Cripes, even an alien slug insists on being the cover model for my scifi work. Sometimes an author can’t catch a break.

This is book 1 of your Magic Trade School series. Can it be read as a standalone? How do the other books in the series tie in with this one?

Yes, I’ve been told it can. The first book is written as a full story, but it’s just the first of Jason’s three semesters (remember this is trade school not university). Each of the three books have a connected overarching theme and larger conflict that gets resolved in book three. Each book also has its own main conflict that concludes within that volume. It would probably be a little awkward to start later in the series, but I tried to make things stand on their own. 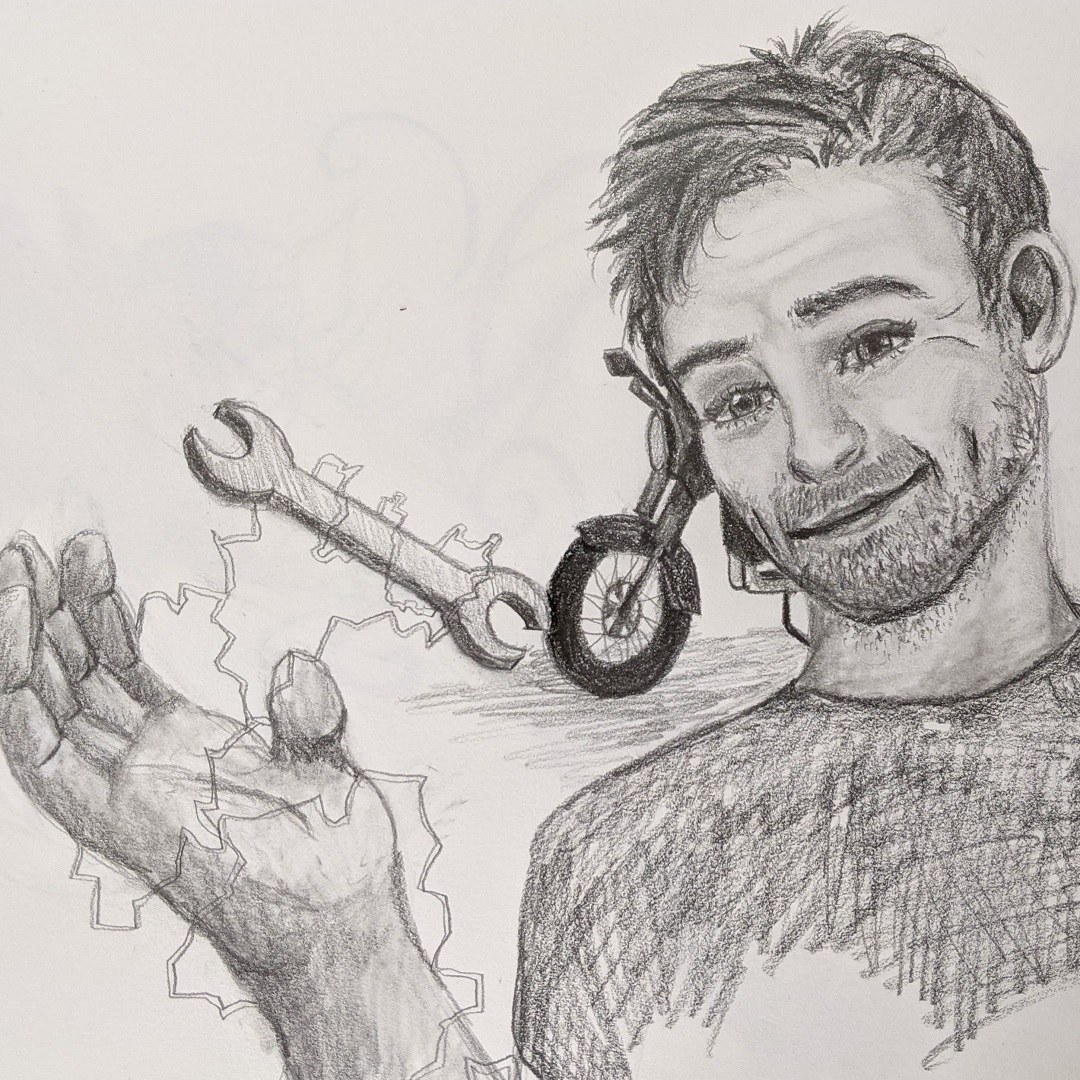 When starting a new book, what is the first thing you do?

Brainstorm and outline. I capture ideas on a voice recorder, walking the trail and trying to figure out viable plot structures that I can flush out later. In a perfect world, I’d have a deep outline laid out by chapter with the major beats, plot progressions, subplots, etc. before writing a word. Unfortunately, I usually lose patience and start with the first few chapters outlined and a less robust framework through to the end. This forces a couple of stops during the first draft to update the outline and a big whiteboard I use for tracking the action.

Does procrastination count? No? Well, sprints and daily word count goals are my friends. A timer counting down twenty minutes really gets me moving. This only works well if I have a good idea of where the scene is going (think: movie in your head.)

A “normal” day has me reviewing the prior day’s writing for about an hour to catch egregious errors and get myself back in the flow. Then two to four hours of new writing consisting of a few sprints. Sprints get less effective for me when the story progression grows foggy, so at that point I drop them, lay down, and visualize the action. So: review/rewrite followed by typing furiously and laying down, then more typing, laying, typing, snoring, drooling, alarm…you get the idea.

This is a fulltime hobby for me, so I’ll often go back to writing from 9pm to midnight, especially if I haven’t hit my daily word goal of 2000. Lastly, for those interested in publishing, there will be lots of market research, outreach, and advertising. There’s volumes more to write about the business side that can easily eat up more time than writing.

The second book in my Space Slime humorous sci-fi series out with beta readers while I work with a cover artist and line up my editor. The original plan for my next project was a tie-in trilogy to the Magic Trade School series, following Owen the mystical mechanic as he investigates supernatural phenomena. Actually, Owen’s story was supposed to be the trilogy I wrote last year, but I got so focused on his backstory that I ended up writing about Jason and the gang’s school experience first. I may slip in something fast and fun first like looking in on Bethany and her magical drawings.

My website has general updates and a sign-up link for my infrequent newsletter, which gets readers an exclusive free ebook (currently a novella about Attwater’s dean.) www.JimSteinBooks.com

Another realm I frequent is http://facebook.com/JimSteinBooks

All my work to date can also be found at https://amazon.com/author/steinjim