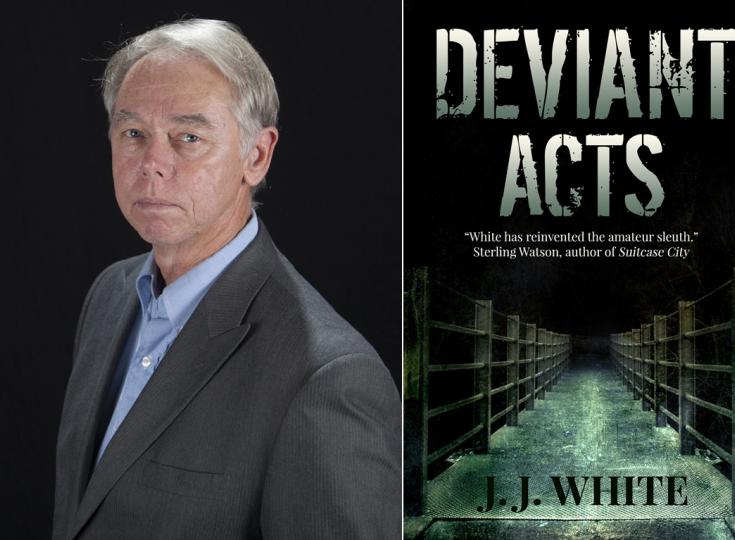 Apart from being able to surf (the ocean, not the web) and singing and whistling at the same time, J.J. White is an amazing writer who knows how to draw his readers in and keep them at the edge of their seats. His latest book, Deviant Acts, is no exception and deals with a ex-soldier/heroin addict who finds himself in a situation where he needs to play the hero. As our author of the day, White reveals how relatives of his inspired this book and why his friends call his wife "Saint Pam."

Please give us a short introduction to Deviant Acts

Vietnam Veteran, Jackson Hurst's twenty-year-old cousin has been kidnapped while attending  the University of Vermont. The kidnappers want $100,000 in ransom from her rich mother, Camille Hebert, and to show they're serious, they've cut off one of her daughter's ears and mailed it to her.  His Aunt Camille knows of Jackson's deadly past and offers to pay him to come to Vermont from Charlotte, North Carolina to rescue her daughter and kill the kidnappers for maiming her. Jackson agrees because he desperately needs the money, but can he kill again despite the demons that haunt him from the war?

I had several relatives who fought with the Marines in Vietnam and I wanted to weave some of their stories into a Private Investigation mystery in order to show the effects the war had on the returning soldiers. This initial plot evolved into a complicated narrative that had the protagonist, Jackson Hurst, and hopefully the readers wondering  just who were the criminals and who were the victims.

Tell us a bit about Jackson Hurst.  Who is he and how was this character conceived? And why did you make him a heroin addict?

Jackson is a poster boy for losers. It's 1973 Charlotte, North Carolina and the disgraced Marine is addicted to heroin, charged with battery and burglary, recently fired from his job, living with his mother, and if something doesn't bring about a change, soon, he's going to be in prison or dead. Jackson is a composite of my relatives and friends who brought back a lot of unwanted baggage from the war. It was my intention to show that a veteran with PTSD and other, numerous problems could succeed when pressed and not always end up on the side of the road begging for money.

A number of veterans came back from the war addicted to heroin. In Vietnam they smoked the drug, but it still had all the effects of injected heroin. I made Jackson an addict to give him one more of many obstacles thrown at him in order to measure the mettle of the man, to see if he could overcome them and reach his goals.

The reality of PTSD is a prominent theme in your book.  Why did you find it important to write about?

PTSD or Post Traumatic Stress Disorder, wasn't clearly defined in 1968 when my character, Jackson Hurst, was mustered out of the Corps for his participation in a village massacre. Back then it was still labeled as shell shock. My brother had a form of the disorder after stepping on a mine outside Da Nang and then spending the next year in a Japanese hospital, so I was able to see the effects of the disorder first hand. I wanted to show how one could overcome the disease by having a purpose in life. Jackson Hurst's purpose initially was to save his adopted cousin but as it turned out, that was just one of many hurdles he had to conquer by the book's end.

How, would you say, have you evolved as an author since publishing Prodigious Savant?

I was lucky enough to receive some advice from a best-selling author early in my writing career that helped me improve each year. That author basically said a new writer's first five or six books are crap and that they should throw them out. That's pretty much what I did, not publishing anything until I had a manuscript that was readable and publishable. I managed to land an agent and publisher and go the traditional route, which helped immensely with the story and style of the books. That said, when I re-read Prodigious Savant I notice many, many things I would like to change and improve, but that's not possible, of course. Since publishing Prodigious Savant, I've found that I can plot out a book and write it without a complicated outline. This has freed my writing up a bit and allows me to follow the story rather than plan it out ahead of time. I enjoy the researching side of writing because each new subject or event I research gives me ideas for future chapters and even future books.

Your wife, Pamela is also your editor and typist.  How much does she impact your work?

I should probably explain how I write before talking about Pamela. I write in longhand, usually about 10 pages or so a night. Even though I print, it's pretty much illegible to the untrained eye. When I'm done, I hand it over to Pam, who type's it up and emails it back to my computer in my office. She fixes the many spelling, punctuation and content problems telling me when something is incredulous or impossible. From there, I edit the chapter and file it away until my small writing group can critique it. My friends have labeled her Saint Pam for putting up with me.  I'll be the first to admit I have spelled the word cigarette fourteen different ways. Pam catches it, every time.  She's a good editor because she reads about two hundred books a year and manages to retain most of what she reads. 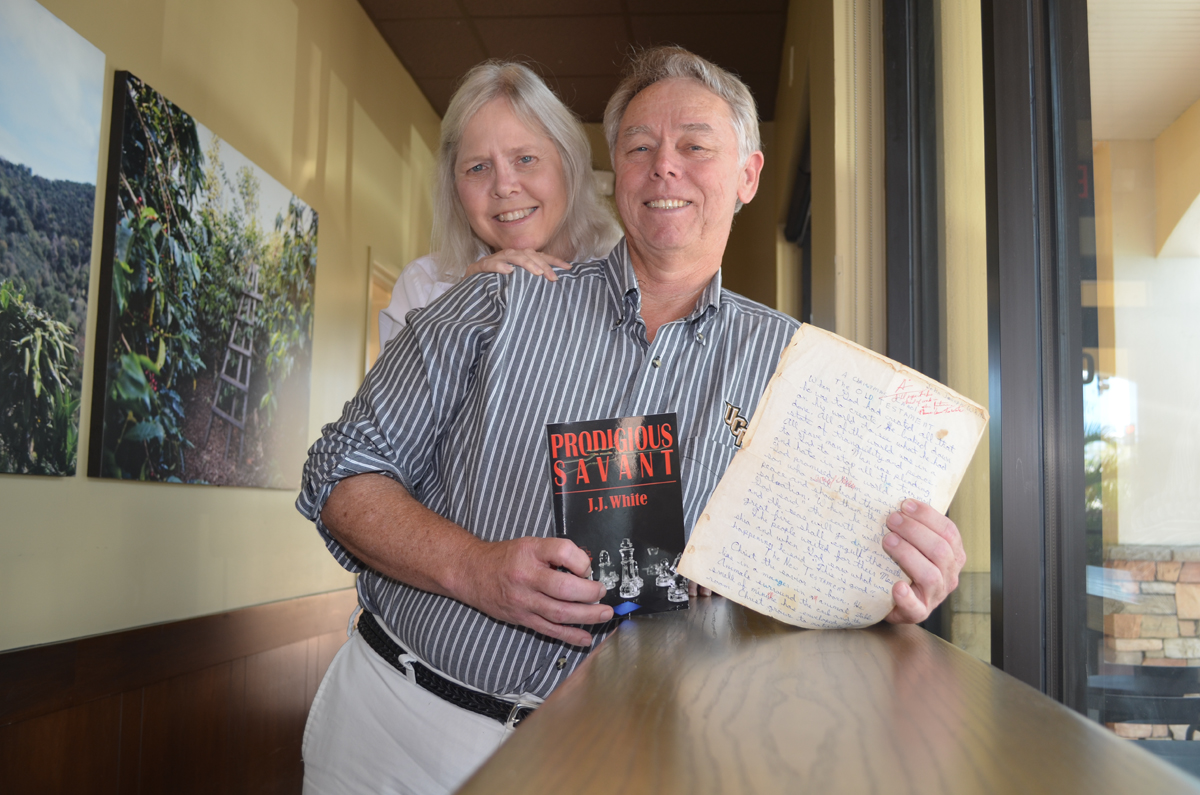 Will we see more of Jackson Hurst in future books?

I can surf, (ocean, not web) golf, play tennis, bowl, and sing and whistle at the same time.

When I was seventeen, I wrote a story for my first period English class. It was a good story that was poorly written. My teacher, Mr. Wortendyke, gave me an A and wrote me a note on the front page. The note said: Great story, John, now learn how to write. It took me a few years but I finally took his advice.

Why did you name the book "Deviant Acts"?

I had heard the phrase on NPR one day when they were talking about deviancy in America and thought that since my book had a bit of that it would be a good title.

Tell us about your writing habits.  Do you write best during the morning/afternoon/evening/night?  Do you prefer pen or laptop?

I mentioned in an  earlier answer that I write with pen. I find longhand and my brain sync at about the same speed while writing. I usually write after watching Jeopardy with my wife. A beer usually gets the words flowing.

My latest book, Nisei, just came out, so I'm spending a lot of time promoting it. It's historical fiction and is somewhat different than what I've written previously. As far as writing, I'm working on the sequel to Deviant Acts, as I mentioned earlier.