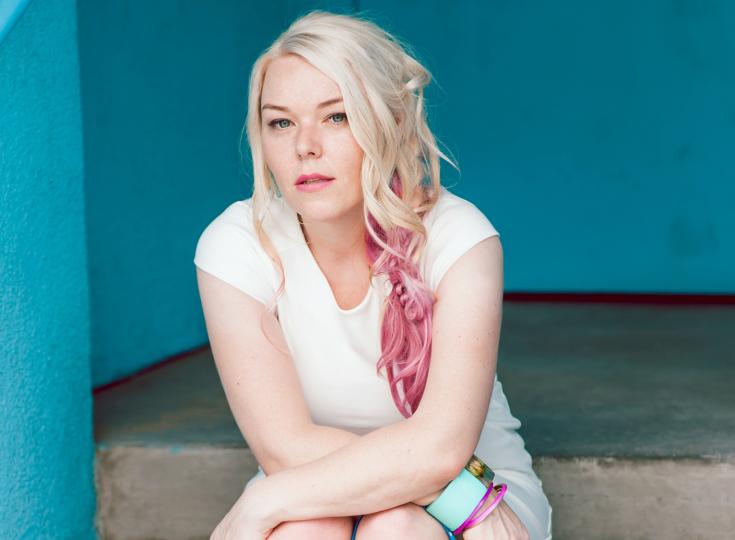 Jo Watson wrote a romantic comedy, Burning Moon, on a whim and was thrilled when the book had been read about a hundred times on the first night after publishing it on Wattpad. Now, several awards, several books and over 20 million reads later, Watson is still going strong writing books that leave readers in stitches and make them feel better about life. As our author of the day, Watson reveals what inspired her to write about a bride who was left by the altar, what she has in common with her characters and how much she hates writing love scenes.

Please give us a short introduction to Burning Moon

Burning Moon is a fast, fun and sometimes crazy romantic ride of a book! I loved writing it and had so much fun with the characters and the situations I put them into. And I really hope that's what readers get out of it- it's sense of humor, rolled into a whole lot of fun with a sexy, splash of romance.

What inspired you to send your jilted bride on a honeymoon by herself?

Many, many years ago I watched an episode of Greys Anatomy in which Christina Yang was left at the altar by Dr.Burk. That scene has always stuck with me because it was such a dramatic moment in which we watch a usually composed individual totally unravel slash go insane! I loved the idea that a person's entire future could shatter in front of them in a split second. For me it was an intriguing (and fun) place to put a character. Especially uptight, perfectly-planned Lilly. I got thinking about what I would do if that happened. Would I keep the presents (or throw them at his head next time I saw him)? Do you have to give the gifts back to people? And what about the luxury honeymoon? And voila... Burning Moon was born from that line of thinking.

You first published Burning Moon on Wattpad. What has the feedback from readers been like so far?

Publishing on Wattpad was the greatest thing I ever did for my career. I would not be here if it weren't for the decision to do that. I had never heard of Wattpad prior to stumbling upon a writing contest being held on it. So I started writing Burning Moon on a total whim and shared it there. I remember being so excited that overnight the book had been read a hundred times. In three weeks Burning Moon had been read 22, 000 times and I was thrilled, and then it sort of snowballed. Today it has over 6 million reads and all my books have accumulated over 20 million reads there. I have amazing, encouraging fans that cheer me on, and without them and my start on Wattpad, Burning Moon would never have been sent out into the universe! So I owe a lot to the platform and really encourage other aspiring writers to try it.

You described Thailand with a lot of detail. How did you pull this off?

I love to travel and do it as often as possible. I like to write about the places I have been to, Thailand being one of them. Although, truth being told, I spent 3 days in hospital with food poisoning. (DO NOT eat oysters from street vendors. Don't!) And my doctor's name was Dr. Pornsak. True story. 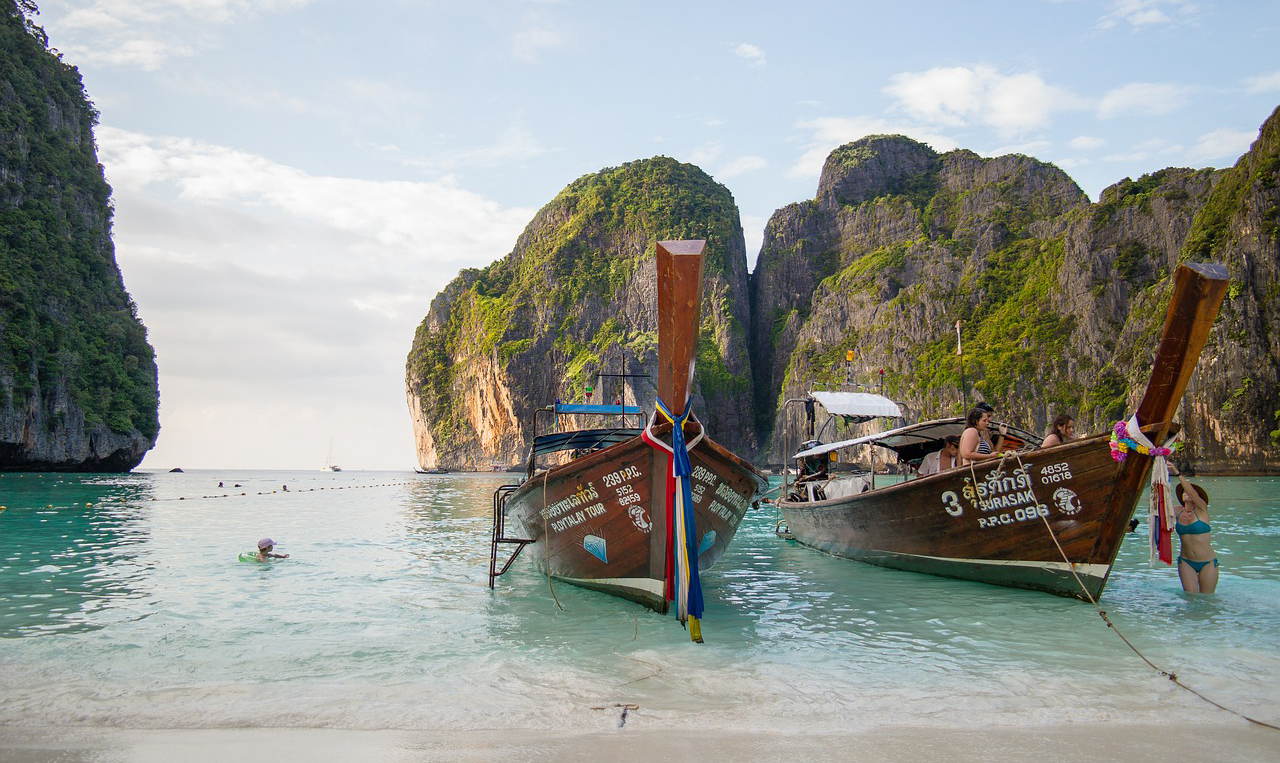 How much of your own personality have you written into your characters?

ALL OF IT!! I often say that the characters in this book are all parts of me. I have an uptight part like Lilly- an irrational, overly dramatic, always jumping- to -the -wrong- conclusions part. And then I am very much a Damien too- a little bit dark and misunderstood I think. My sibling also died in a car accident, something I wove into his character as it affects you so profoundly. I'm also totally obsessed with Depeche Mode, like Damien, and have many hidden, and not so hidden references to them throughout the book.

Does Burning Moon have an underlying message? What do you hope your readers will take away from it?

It's not so much a message, as it is a feeling. Life can be so super-crappy sometimes. We live in a crazy world filled with a lot of bad news and horrendous things happening on our doorsteps all the time. Burning Moon is a happy escape. I hope readers read the book with a smile, laugh-out-loud a few times and put it down feeling a little lighter and brighter! Comedy and laughter really are the best medicine, as cheesy and cliched as that sounds.

Why romantic comedy? What appeals to you about the genre?

HA! Good question, since I am the most unromantic person around. Some days I wake up and cannot believe I write romance for a living. The comedy part I understand, I am the queen of deflecting with humor (just ask my therapist).  I've been a comedy writer for years, mainly TV and sketch comedy, so it comes easily. Your guess is as good as mine as to where the romantic streak comes from... maybe it's some latent desire that I can discuss with my therapist next session.

What would your advice be to readers on how to meet a dreamy guy that won't leave you at the altar?

I'm not so sure I would recommend my method of meeting men to readers. I met my husband at a Narcotics 's Annonymous meeting. It worked for me, but I'm pretty sure there are much easier ways of going about it.

What is the most romantic thing you have ever done for someone or had someone do for you?

My husband and I are not very romantic, at all. I think our idea of romance is lying on the couch (child-free) and binge watching TV series while eating take-out.

How do you feel about writing love scenes?

HATE THEM! I'm not a prude in any way, but my God does it get difficult trying to describe anatomical parts and the functions they play in a manner that is vaguely sexy, and non-cheesy. Writing erotica I think is easier, you can call a spade a spade. But in this genre, more your chicklit vibe, where the sex is not as explicit- and nor do I want it to be- I get pretty stumped on how to say penis half the time.

What is one aspect of being an author that you didn't expect going in?

How soul-suckingly draining doing edits are! (Forgive me, my editor) I'm one of these people that when I'm done with something, I'm done. It's over now, no need to go back and mull over it a million times. Slam the door! Move on! So when I'm finished with a book and I keep having to go back again and again and again, some days I feel like I teeter on the edge of insanity (See, Lilly dramatic there) Having said that though, all the edits I have done have made my books a million times better, so I guess there is a reason for them. But if I could clone myself and make my clone work on them, I would.

Where do you write? 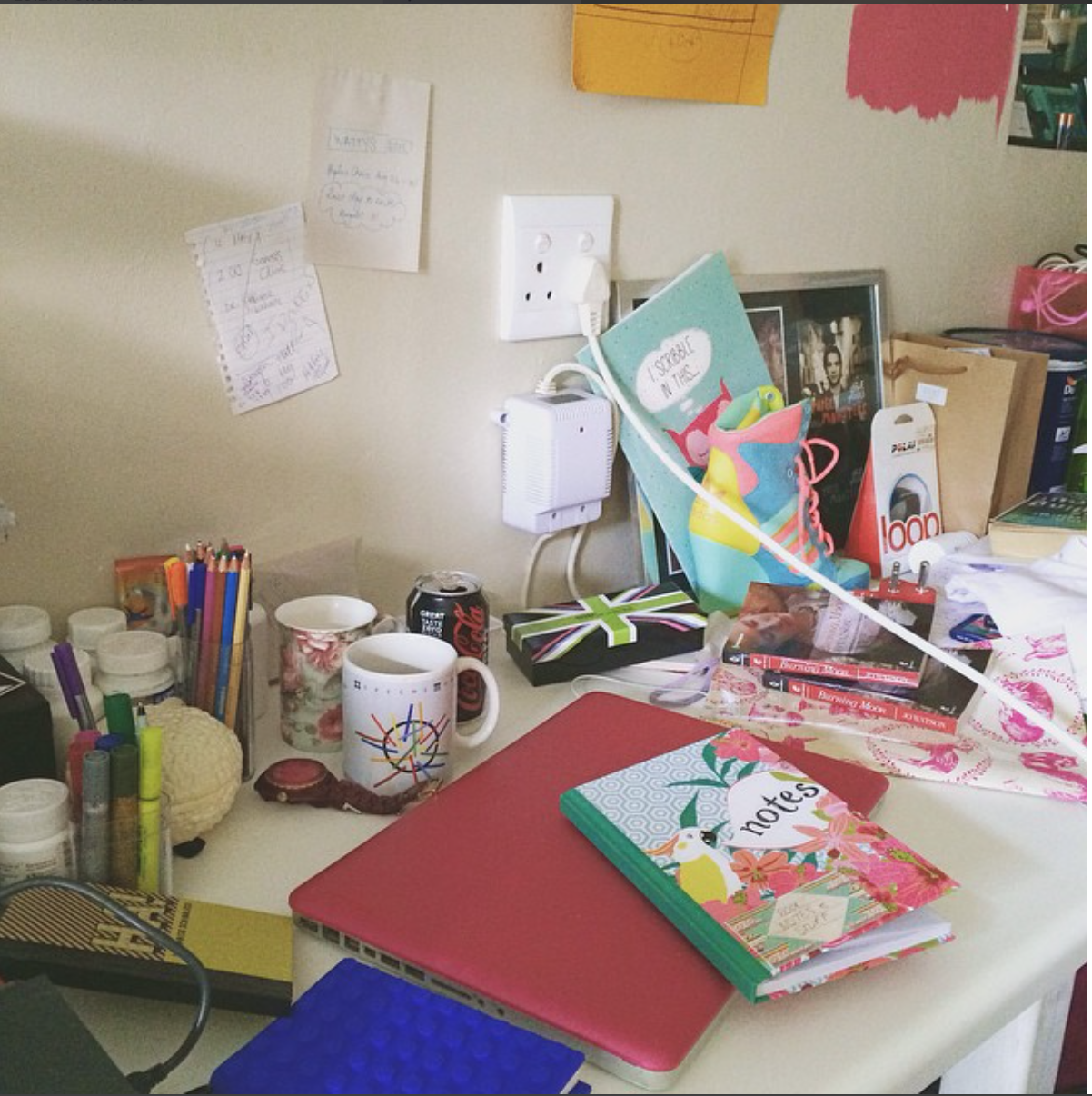 So many things. I'm a bit flighty that way. I get ideas so quickly it's ridiculous. Some pop in and out without fully forming, but others brew to the point of forcing me to get them out. I am always working on ten things at once, including some TV shows that I am tinkering away with. I'm also trying my hand at some dark, twisty thriller, which I'm loving and an idea for a fantasy book has crept in too- and it won't let me go.

I love hearing from readers. I am very active on Wattpad, so if readers want to follow me there and have a look at some of the other works I have, that would be great. I often experiment with different genres and styles there for fun. I am on Facebook and I am pretty active there too, I suck a bit with Twitter, but I do try hard. I quite like Instagram, and travel a lot, so you can follow me there too.
https://www.wattpad.com/user/JoWatson_101
Twitter: @jowatsonwrites
Facebook: https://www.facebook.com/jowatsonwrites/?ref=bookmarks
Instagram: https://www.instagram.com/jowatsonwrites/