Joe Rothstein - A Powerful, Ruthless Conspiracy and a Latina President

Joe Rothstein - A Powerful, Ruthless Conspiracy and a Latina President
Posted on 29th of November, 2022 by Naomi Bolton 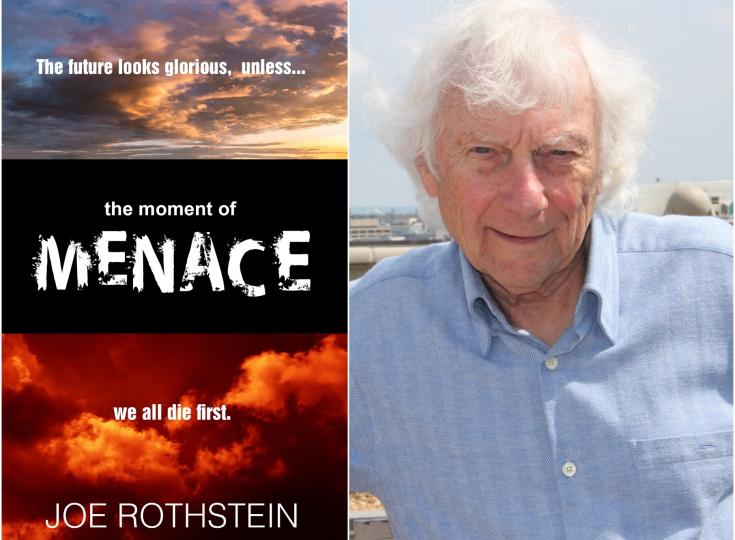 For 30 years Joe Rothstein was strategist, media producer and campaign manager for more than 200 political campaigns, living the drama, the triumphs and heartbreaks. Now he is drawing on this incomparable experience to write thrilling and authentic political fiction. BookLife calls Moment of Menace "a political thriller of epic scale." As our Author of the Day, Rothstein tells us all about this book.

Please give us a short introduction to what The Moment of Menace is about.

A powerful, ruthless international conspiracy is determined to seize control of the U.S. government. Blocking their path is a woman the world knows as "Tenny." She's U.S. President Isabel Tennyson. Tenny is a charismatic Latina-American heiress who has survived impeachment, attempted assassination and political sex scandals. Now the future of humanity hinges on her winning this most consequential fight of all.

Tell us more about Tenny. What makes her so special?

Tenny is a complex figure, heiress to a fortune built on corruption, with a pre-political background of helping the poor and underprivileged as penance for the harm caused by her family. Her good works made her widely popular and she entered politics to reform the excesses of the rich and powerful. That made her a target for scandal and ultimately marked her for death. In “The Moment of Menace” she confronts the most deadly challenge yet

What fascinates you about politics and political campaigns?

I spent decades working as a strategist, manager and media producer for candidates and causes. Campaigns are cauldrons of drama. Reputations, fortunes, marriages ride on unpredictable outcomes that are decided in one day, and often by few votes. I was at the center of all this, living what few outside the campaign rarely see. There is no limit to the experiences I can share.

What was your greatest challenge when writing The Moment of Menace?

Publisher Weekly’s BookLife calls The Moment of Menace “a political thriller of epic scale.” Working from my life’s experience in politics I’ve incorporated espionage, science and literature, all of which required a mountain of research to maintain authenticity, while keeping a high level of action.

Pacific Reviews gave “The Moment of Menace” its coveted star review and called it “the most-read political thriller of 2022.” How did you pull this off?

Why did you title this "The Moment of Menace"?

Good question. I struggled for months over the title. For a while I thought I would use, “On The Knife’s Edge of Eden.” The story itself is one of a balance between the glorious future possible because of the advances in science and technology. We can live longer, work fewer tedious and back-breaking jobs, end hunger and homelessness. But at the same time, we’re developing means for destroying humanity. We’re really at the knife’s edge. I finally settled on “The Moment of Menace,” because it’s more immediate. The story is fiction. But the reader will readily understand that it’s not that far from reality.

Did you plan out the entire plot before you started writing, or did some of the events in it just "happen" along the way?

I start with a general idea of the story I want to tell, but then I’ve found I write best when I think like a reader. I get to the end of a chapter, and then I think, “now what?”

What did you have the most fun with in Moment of Menace?

While the title is menacing, this actually is an optimistic story. If I were in charge, what would I do to “save the world.” Thinking about it, there are many things our leaders and others can do to ensure that we have a golden age. It was uplifting to imagine them.

During one summer in college, I was hired to work in a traveling automobile stunt show, a show that crashed cars, ran motorcycles through flaming barriers, and even shot a car out of a cannon. I recently found notes from that experience and I’m building an adventure around it.

I love engaging with readers. My website is www.joerothstein.net. My email address is [email protected]. 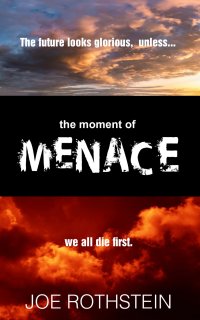 The Moment of Menace

Joe Rothstein
A murderous cabal is determined to seize control of the U.S. government. Blocking their path is "Tenny." U.S. President Isabel Tennyson, a charismatic Latina-American heiress, she's survived impeachment, attempted assassination and political sex scandals. Now the future of humanity hinges on her winning this most consequential fight of all. Can she? "A memorable, inspiring creation." - (BookLife).
Mystery & Thriller
$1.99
$4.99
Amazon
B&N
Kobo
Apple