John A. Heldt - History, Time Travel And Natural Disasters
Posted on 2nd of May, 2016 by Naomi Bolton

Author John A. Heldt is not only an award-winning sportswriter, but knows a thing or two about writing thrilling fiction as well. In this interview he talks to us about his writing, his fascination with natural disasters and why he prefers taking a fantasy approach to time travel over science fiction.

Give us a short summary of The Fire

The Fire is a tale of discovery that begins in June 2013 when Kevin Johnson, a recent college graduate, finds a hidden diary in his deceased grandfather's house in Wallace, Idaho. The diary leads Kevin to a nearby time portal and 1910, the year of Halley's comet and the largest wildfire in U.S. history – a fire that destroyed much of Wallace. When Kevin learns he can repeatedly and secretly access the portal and always return to the present, he makes the portal his gateway to summer fun. But his time travels take a serious turn when he falls for a beautiful young English teacher and becomes attached to a community headed for disaster. The novel, the fourth in the Northwest Passage series, is a historical romance filled with adventure, humor, and drama. 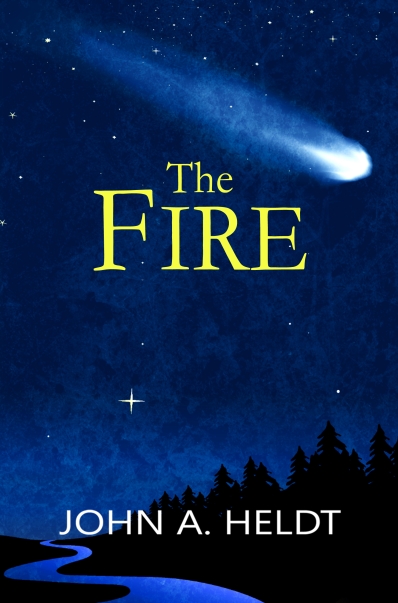 Many of your books feature natural disasters. Why the fascination?

Disasters of any kind are the perfect societal laboratories. They draw out the best and worst in people. Regular people become heroes in an instant. Tough talkers turn into cowards. A community's fabric is tested. Natural disasters are even more interesting because they take people by surprise. There is no one to blame. People simply have to cope. Such circumstances make for high drama and, in my opinion, great fiction.

Which part of researching The Fire was the most interesting to you?

Without a doubt, it was visiting Wallace in person in June 2013. It's one thing to read about a town and a fire that nearly destroyed it. It's another to see buildings and neighborhoods that survived that fire, visit museums and attractions, and get a close look at a novel's primary setting. Wallace is a mining town located in a valley so narrow it can barely accommodate the elevated freeway that passes through it. When you visit the community in person, you fully appreciate how vulnerable its citizens were in 1910. They were surrounded by fire on all sides and had to scramble aboard relief trains to save their lives. 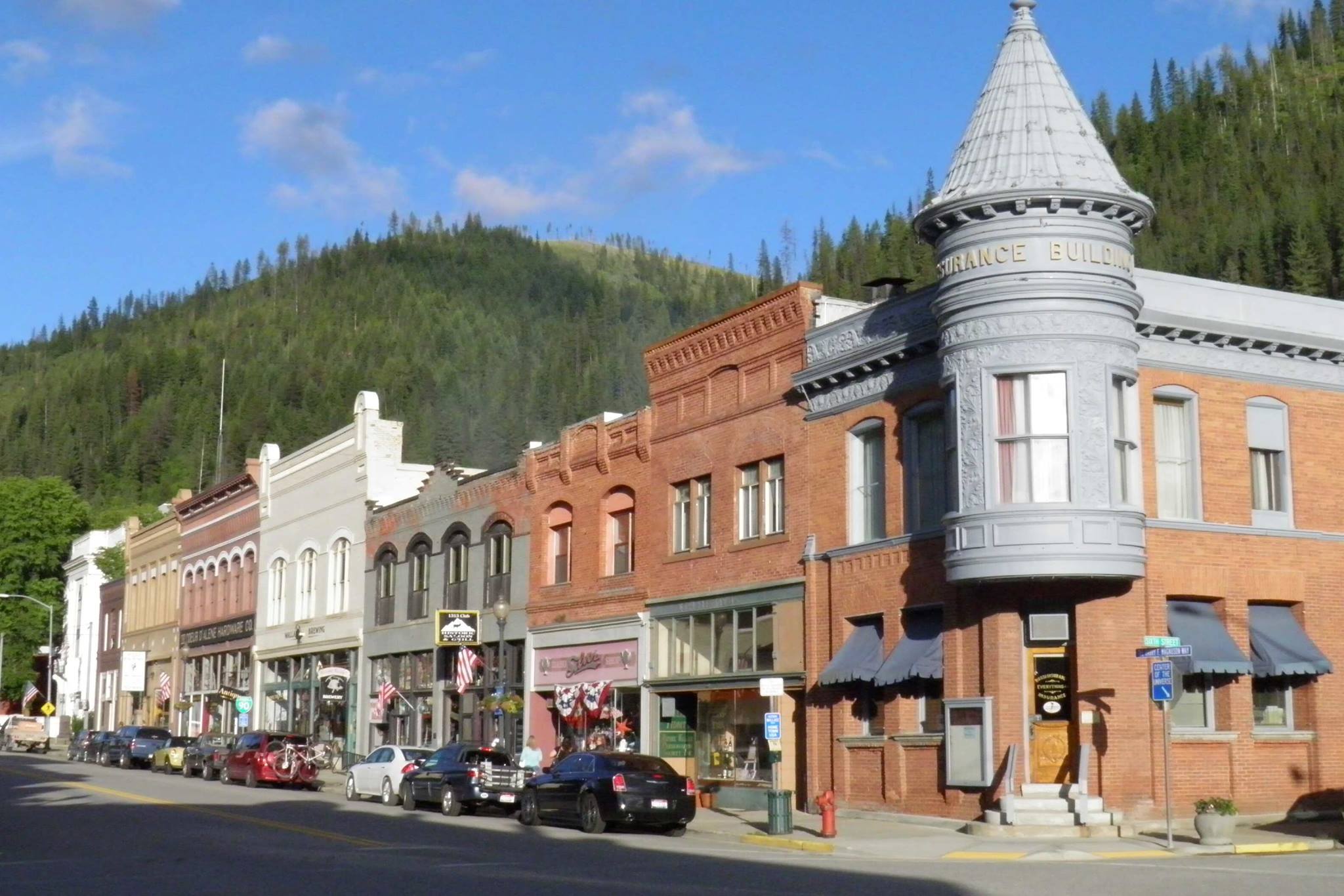 I like to go to natural places. It doesn't matter whether that is a wetland near my home or the mountains, the beach, or a lake. I almost always find the inspiration I am looking for.

What appeals to you about describing the experiences of contemporary characters when sent to the past?

I like putting my characters, at least my time-traveling protagonists, through a moral wringer. I don't just throw them into the past. I give them knowledge of things to come, including events that may affect, even harm, the very people they befriend and love. In every one of my novels, my protagonists must decide whether to leave history alone or put their unique stamp on it, knowing that doing so could have dire consequences.

How do you go about creating your characters? Are any of them based on actual people?

All of my characters are fictional, but are based at least loosely on people I've encountered in literature, television, movies, and real life. I tend to write characters to fit certain scenes and situations – not the other way around.

By living in the past, Kevin makes his mark on a world long gone. How much do you think an individual person like Kevin could influence the future?

He or she could influence it a lot. When time travelers interact with people they were never supposed to meet, they can influence the future quite easily. And they can do it in ways that go far beyond preventing their future parents from getting together, such as in movies like Back to the Future. They can do it by simply distracting or influencing people at critical moments in their lives. In The Fire, for example, Kevin becomes a science teacher and inspires one of his students to strive for greatness. She becomes a giant in the world of science, something that did not happen in the first playing of the twentieth century.

If you could meet anybody – living or dead – who would you want to meet?

Abraham Lincoln would top my list. He was more than just a great president and war leader during a fascinating time. He was a gifted writer, a deep thinker, and an astute observer of the human race. I think he would make a great dinner companion.

Readers describe your mechanics of time travel as unique. You also tend to find different ways to send your characters back into the past. Why do you take this approach?

I take a fantasy approach over a science-fiction approach for two reasons. The first is that it gives me an unlimited range of options. The second is that it allows me to send an unsuspecting person to the past. In the Northwest Passage books, my protagonists need not be highly trained scientists or astronauts to travel through time. They need only be people who explore the wrong gold mine or haunted house or who step into the wrong restroom at a theater or exhibit at a country fair. By sending average people to the past, I make it easy for readers to place themselves in the time-travelers' shoes and identify with their struggles. Kevin Johnson is the only one of my Northwest Passage protagonists who travels to the past willingly each time he enters a portal.

Apart from the Great Fire, what drew you to write about 1910?

I love nearly everything about the year and that period in general. The United States was emerging as a superpower in 1910. We were building the Panama Canal and modern cities, manufacturing automobiles, and creating or expanding new technologies like radio, the telegraph, and the telephone. But this was also an age where greed, arrogance, and hubris tripped up many leaders. The "unsinkable" Titanic would sink in two years and World War I, the "war to end all wars," would commence in four. I am also a big fan of the fashions, music, and literature of the era. They defined the time. 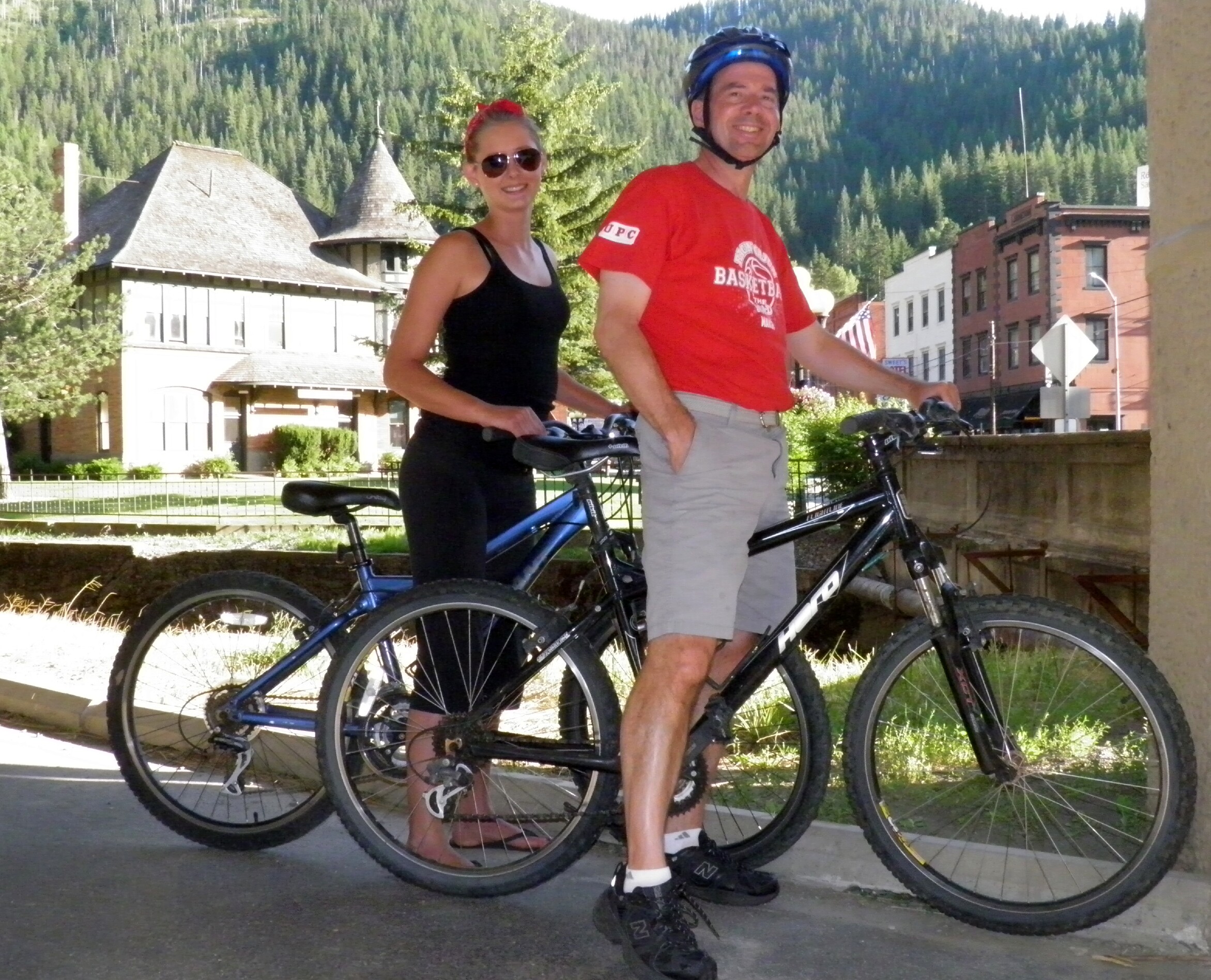 The Fire is a sequel. Is it necessary to read The Journey first to get more context?

No. The Journey is a novel about Kevin's mother, Shelly, during her senior year of high school. The Fire is a sequel only in the sense that it continues the family story.

If you could time travel, where would you go first?

For a short trip, I think Boston in the 1770s would be fun. For a longer trip, where things like modern medicine and communications would be a consideration, I would favor Paris in the 1920s or Southern California in the late 1950s or early 1960s. The respective decades were golden ages for these places.

What was your greatest challenge when writing The Fire?

Without a doubt, it was getting the timelines right. My protagonist travels from 2013 to 1910 on several occasions, but never arrives on the same day in 1910. The portal randomly chooses a date on the calendar. So Kevin has to make significant adjustments each time he emerges from the portal and rejoins the friends and enemies he has made in 1910.

Are you working on a new book? What can readers expect from you next?

I just published Indiana Belle, my eighth novel and the third book in the American Journey series. It is the story of Cameron Coelho, 28-year-old doctoral student who is drawn to a photograph of Candice Bell, a beautiful society editor murdered in 1925. He seeks assistance from Geoffrey Bell, the "time travel professor," and soon finds himself on a train to the Roaring Twenties on a mission to solve a mystery but otherwise let history play out. Completing that mission becomes a challenge when Cameron meets and falls for Candice and becomes enmeshed in her world. I am also currently working with a voice artist to complete an audio edition of September Sky, the first book in the series. I hope to write the fourth book, based in Southern California in 1959, by the end of this year. 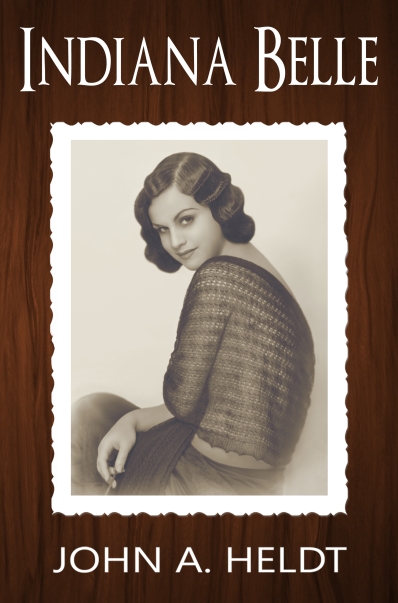 Where can readers interact with you or discover more of your work?

I maintain a blog at: johnheldt.blogspot.com. 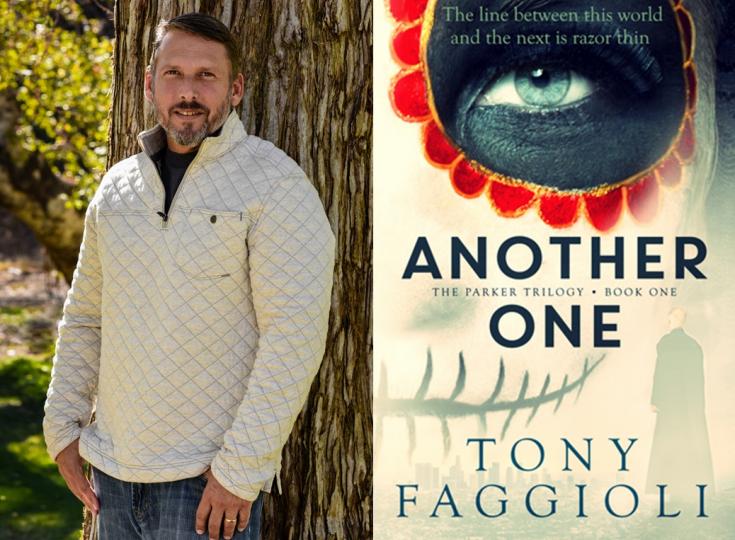 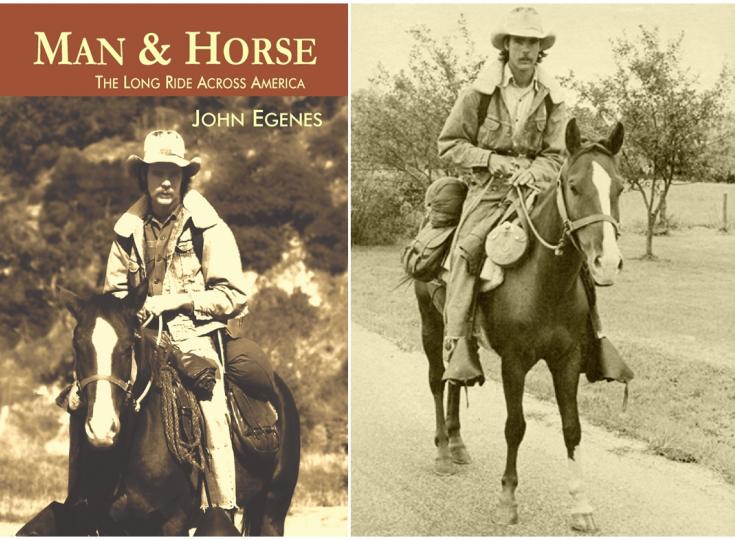 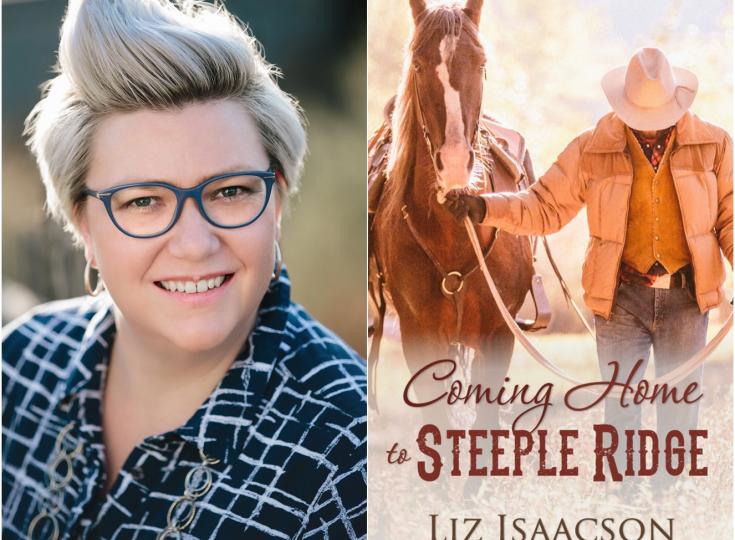 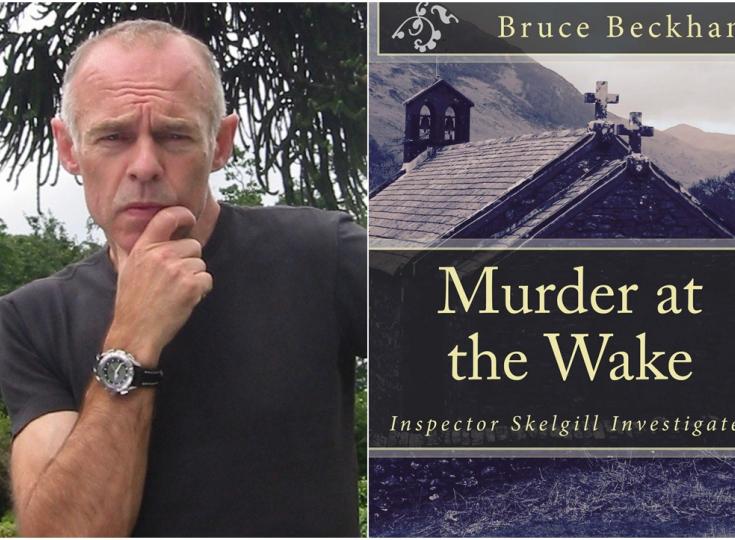