John Campbell loves good stories. A book a day was his youthful standard. He can still remember exactly where he was when he read classics like Lord of the Rings, Stranger in a Strange Land, and the Foundation trilogy. His new series, The Celestial Wars, is set in Austin. He was going for a Harry Dresden vibe and an Indiana Jones nonstop action feel, so his favorite feedback is from the critic who summed up his first book, Waite on the Ripper, with one word...“Intense!” As our Author of the Day, he tells us all about it.

Please give us a short introduction to what Waite on the Ripper is about:

Harmon Waite is a private investigator in Austin, Texas. After The Ripper murders his mentor’s daughter, Harmon finds himself dragged into the case. He barely survives his first encounter with The Ripper—and finds out he is up against a supernatural demon that has been slaughtering women for centuries.

Harmon gets help from two celestial warriors, a giant Indian named Smoke on Distant Mountain, and Eirian, a mysterious silver-haired swordswoman. Of course, now The Ripper is pissed and hunting him. If he can’t learn how to use powers he never even knew he possessed, Harmon Waite has about as much chance of surviving the day as a cornered cat in a dog pound.

I like to tie several ideas together to make a good story, but the initial idea for “Waite on the Ripper” came from an article in the Austin American Statesman written back in 1888. That article claimed Austin’s Servant Girl Annihilator murders, which happened a few years before the Whitechapel killings, were actually Jack the Ripper’s doing. I read that a decade before I wrote the book, and I always thought it would make a good story.

Why Jack the Ripper? What fascinates you about him?

I would say it was more this take on The Ripper that fascinated me. The “What if Jack the Ripper is a supernatural devil?” scenario.

I also thought Jack would make a great first opponent for Harmon Waite. Harmon is a character who becomes strong enough to play a pivotal part in the war between angels and fallen angels, but at the beginning of book one, he doesn’t even know he has any kind of celestial superpowers.

Well, the good news is there’s a lot of conjecture about Jack the Ripper, and most of its contradictory, so I could pick and choose. The more challenging part was reconstructing Austin back in 1987. I lived in South Austin as a writer in the 80s, slamming poetry on Sixth Street and barely surviving as a part-time limo driver on the side, so I am familiar with Austin’s creative side. It wasn’t hard to recapture those flavors, but I really wanted to make Austin a strong character in the story, so I had many small details to research. That’s what took most of my time.

Tell us more about Harmon Waite. What makes him tick?

Harmon is learning all along the way. He has these super powers but doesn’t even know it. Figuring out what they are and how to use them is going to take a while. Learning to deal with the repercussions of power will take even longer. Luke Skywalker didn’t master “The Force” overnight. Harmon Waite has something of the same journey in front of him.

Take a look at my website, www.thecreativenow.com, if you want a better feel for my range of interests. They are varied because I grew up in a can-do family. I have five brothers and sisters, and we all think we can accomplish pretty much anything we set our minds to. That’s our dad’s influence. When he was three, our father lost his parents. He grew up in rural Texas during the depression, being passed from one family member to another. His children grew up watching that same man become a multi-millionaire and a senior Olympic tennis champion. Dad was as strong a role-model as you could ask for. 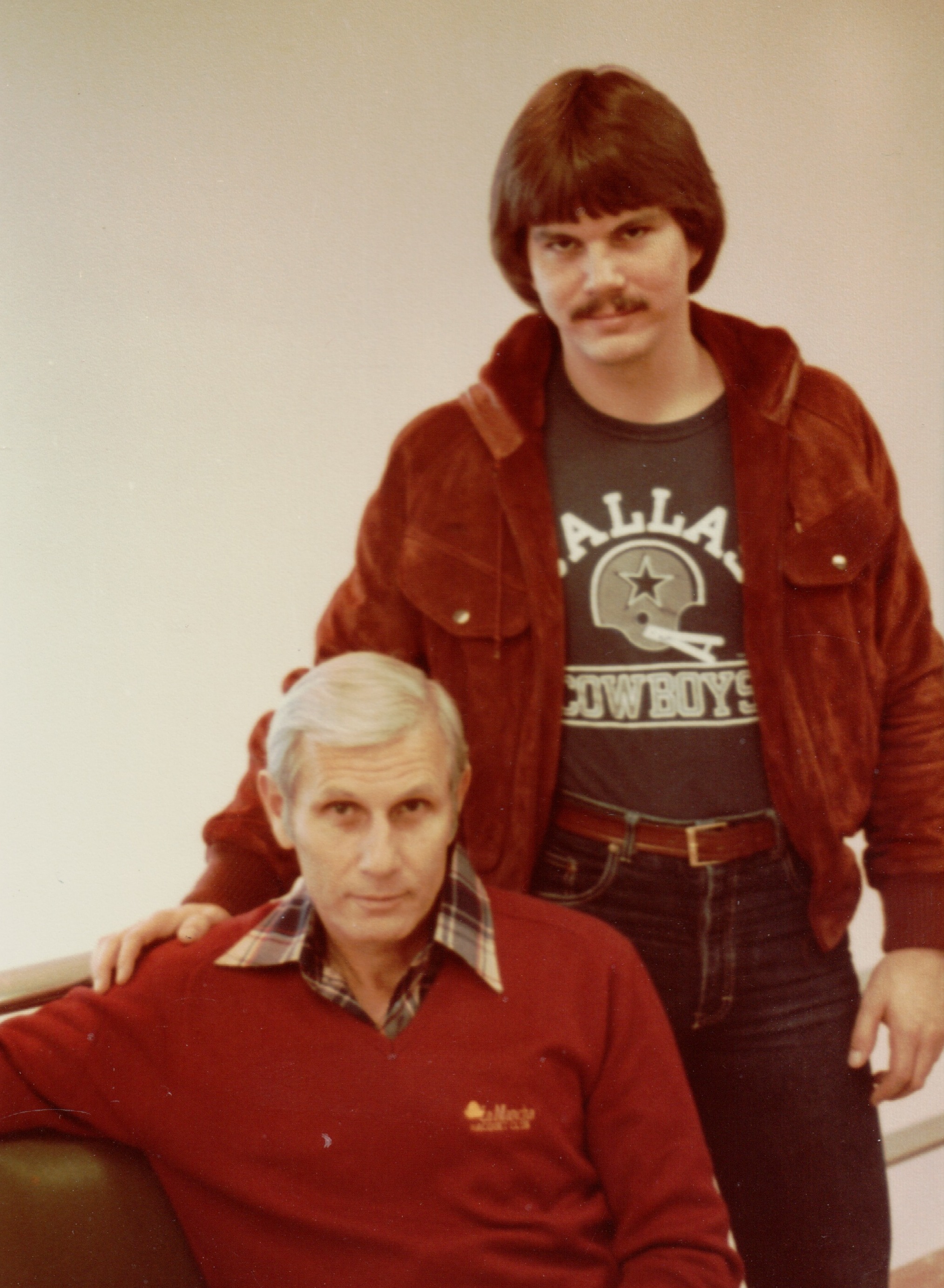 They can be read separately, but are pretty tightly tied together, mainly because the Universe’s logic and action continue to evolve.

Readers say this was an intense read that kept them at the edge of their seats. How did you pull this off?

You want the truth? I slept with these characters. That’s only partially a joke. I’ve been an out of box thinker all my life. My best ideas often happen in the middle of the night, when I’m on the verge of falling asleep or waking up.

I am very much a “Lee Child” like, seat of my pants writer, so that is a common occurrence. It sounds eerie, but sometimes it’s almost like the books are writing themselves.

I’ve been writing all my life. I saw Ray Bradbury speak live one time. He said that he writes a book, then puts it on the shelf for a year before he does a final rewrite. I can’t do that, but I like the idea. The more interesting advice I’ve been getting lately revolves around the shifting tactics of book publishing. The two Dave’s, Dave Chesson and Dave Gaughran, are the best teachers on that subject, and most of their advice is free. Chesson’s one paid service, Publisher Rocket, is by far the most useful tool I’ve found.

I love to write. Always have. Always will. The stories don’t stop. Pushing myself to find the best stories with the most engaging characters and the most incredible plot twists, then polishing every sentence in that story so it’s a pleasure to read, is what makes it a consistently rewarding endeavor for me.

I write pretty much every day. I start early in the morning and go for as long as I feel the muse. Sometimes that’s till noon, sometimes I don’t stop until dark.

I’m working on book five of “The Celestial Wars.” After taking Harmon to the ends of the Universe in “Waite on the Angel of Death,” which is at the proofreader’s now, I am bringing our hero back to his detective roots with a more homegrown but still supernatural mystery in “Waite on the Trail of Terror.”

Go to www.thecreativenow.com/subscription and sign up. The first thing your readers will see is a link to a short story narrated by Dan Johnson. We haven’t even talked about Dan. I listened to literally hundreds of narrators, and when I heard Dan’s voice, I knew immediately that he was the one. Dan’s also a country singer, and his musical talent brings my characters to life with power and panache. My greatest joy is listening to him read one of my new novels for the first time.

“Cowboys, Indians, and a Devil” is the name of the short story, and I have to admit, it is perhaps our best collaboration so far. After that, my monthly newslett/er keeps everyone up to date, while handing out a few more freebies along the way. Of course, anyone is always welcome to email me at [email protected] and say, “Howdy.”