Kat Ross - A Whimsical tale of Murder, Mayhem and Magic

Kat Ross - A Whimsical tale of Murder, Mayhem and Magic
Posted on 31st of January, 2020 by Naomi Bolton 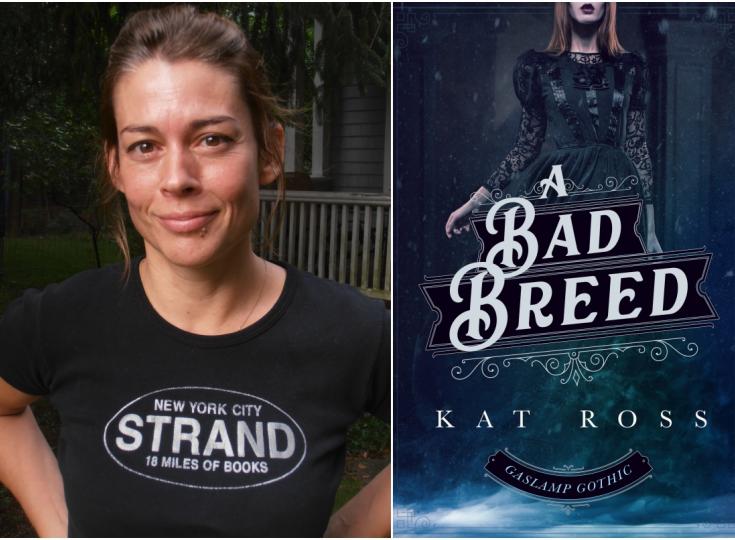 Kat Ross worked as a journalist at the United Nations for ten years before happily falling back into what she likes best: making stuff up. She's the author of the Fourth Element and Fourth Talisman fantasy series, the Gaslamp Gothic mysteries, and the dystopian thriller Some Fine Day. She loves myths, monsters and doomsday scenarios. As our Author of the Day, Kat tells us all about A Bad Breed.

Please give us a short introduction to what A Bad Breed is about.

The story is a (very) loose retelling of Beauty and the Beast, but with vengeful Rosicrucian cults and hot French man-wolves thrown in. I think of it as a big, glorious mashup of fantasy and mystery and horror and romance – all favorite genres. It starts with a monster hunt in Transylvania and ends with gothic melodrama at a ruined castle on the coast of Normandy. Several of the characters do appear in my other books, but A Bad Breed can absolutely be read as a standalone. It does have a sequel though – The Necromancer’s Bride – because Anne and Gabriel deserved their happy ending! 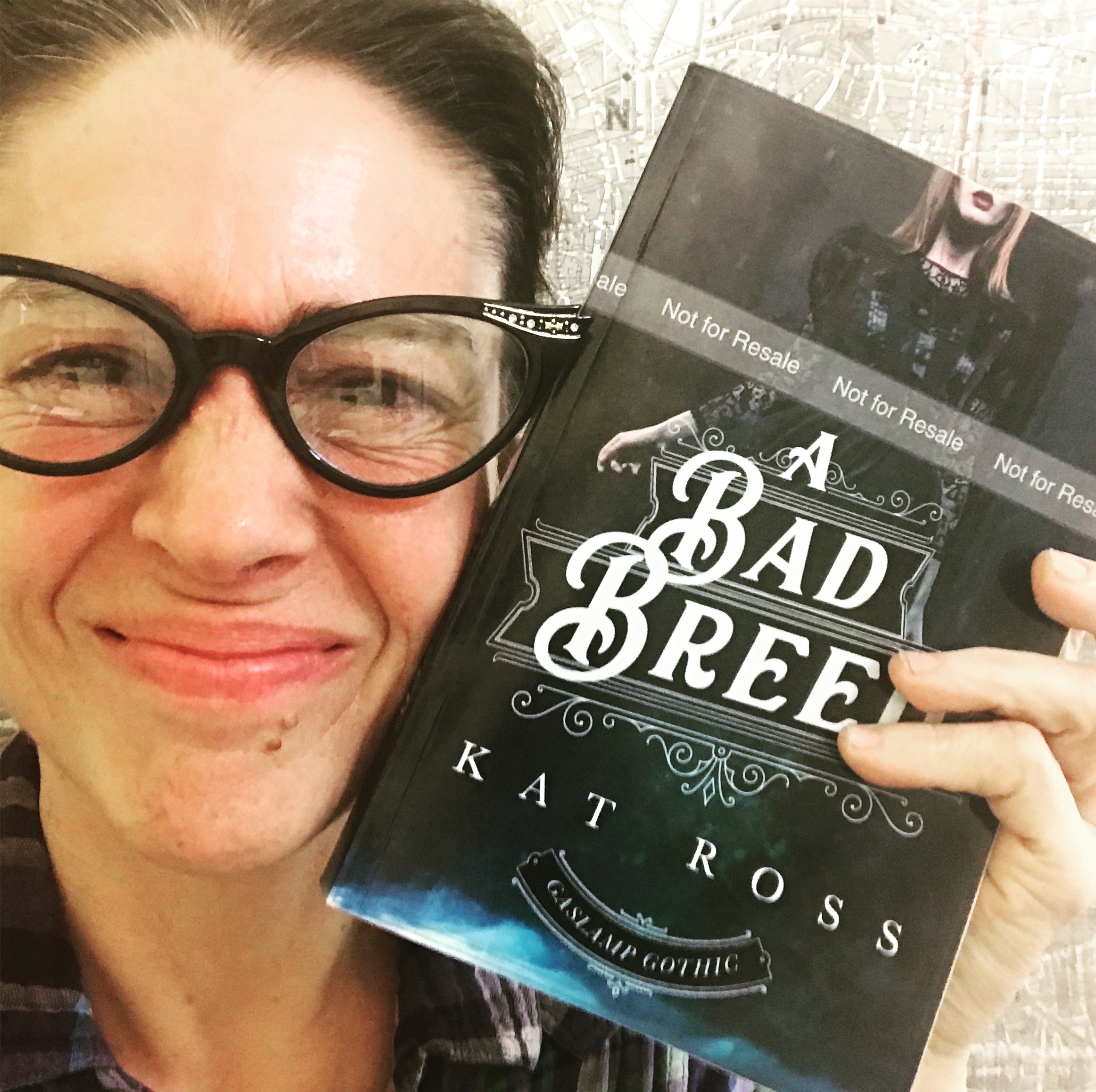 What inspired you to write about a creature out of folklore?

I’ve spent more hours than I care to count poking around the dusty corners of the internet in search of weird folk tales and mythical creatures from different cultures. My first two series feature daevas, which were viewed as demons in the Persian Zoroastrian religion but as angels in India. I expanded the universe of oddities with the Gaslamp Gothic series. It has a large cast of paranormal investigators, some human, some . . . not. The books move between New York, London and other European capitals depending on the mystery to be solved. The latest installment, Dead Ringer, goes Old World with doppelgangers and a golem terrorizing Manhattan’s Tenderloin district. But returning to A Bad Breed, I’ve always wanted to write about werewolves. For some reason, they scare me worse than anything else. But I also wanted to come up with my own twist on the origin story. The title comes from The Book of Were-Wolves: Being an Account of a Terrible Superstition, which was published in 1865 and had this wonderful quote: “The werewolf may have become extinct in our age, yet he has left his stamp on classic antiquity, he has trodden deep in Northern snows, has ridden rough-shod over the medievals, and has howled amongst Oriental sepulchers. He belonged to a bad breed, and we are quite content to be freed from him and his kindred, the vampire and the ghoul.”

Tell us more about Anne Lawrence. What makes her tick?

Anne Lawrence remains one of my all-time favorite characters. She’s no-nonsense, fiercely independent, a bit ruthless and someone you definitely want at your side if you’re hunting dangerous supernatural creatures. I got a kick out of her chemistry with Gabriel D’Ange because he’s such a hothead while Anne prides herself on always keeping calm – though Gabriel manages to crawl under her skin and ignite a very different side of her. One she fights to keep hidden until all hell breaks loose.

The Victorian era is notoriously whitewashed in fiction so it’s very important to me to include characters of color. Anne’s mentor Vivienne Cumberland hails from North Africa (a fictional land called Al Miraj) and she too is a resourceful and strong-willed woman. Even though she’s married to an English marquess and moves in high society, she’s not immune to discrimination. But Vivienne’s storyline mainly focuses on her intense relationship with her bonded partner, Alec Lawrence, and the repressed feelings they have for each other. In general, I try to make my books reflect the beautiful diversity of human beings across the spectrum of race, religion, gender identity and sexuality – all of it. My own teenaged son is transgender, and we are a biracial family, so it starts at home.

I’m a sucker for a good redemption story. Many of my secondary characters start out despicable but eventually gain some critical insight that allows them to rise above their past and change for the better. Balthazar is a semi-reformed necromancer who has been a recurring character throughout two of my series (including Gaslamp Gothic). He’s my favorite example: first, because he’s sexy and sarcastic and I adore him; and second, because morally grey types are more complex and unpredictable than goody-goody heroes. Interestingly, I get a lot of fan mail about Balthazar – and he’s due for his own book later this year! I think he’s earned it.

I write full-time, though it wasn’t always the case. When I started out, my child was four and I scribbled away in doctors’ waiting rooms and during train rides to my day job – any spare moment I could find. Now I have the luxury of a routine, always in coffee shops though because I’d go mad without some noise around me. When I do work in my office, it must be with my feet resting on a fat, warm, sleeping cat.

But writing a book is a lot like falling in love. It’s deliriously great at first. Then you hit the murky middle and the shine starts fading from that relationship. You wonder if this is really the right story. What about that other idea you had? But I find that if I push through, somewhere around the two-thirds mark, the passion starts to return. You realize it’s crappy, but not that crappy. There’s a nugget of gold in there, it just needs some polishing. By the end of A Bad Breed, I was totally obsessed and sleeping with a pad next to me because scenes and lines of dialogue would fly into my head at all times of the day and night. We ate a lot of frozen pizzas, lol.

I’ve just started a new from-scratch series called Lingua Magika, which is exciting because I’ve spent the last decade writing in more or less in the same universe so it’s a welcome change of pace (and I love world-building). Book #1, The Prisoner of Carnarvon, is set in a steampunk-ish Wild West haunted by mysterious telekinetic phantoms. The narrator is a young sheriff’s deputy named Ruth Cortez who has never left her small town, but has plenty of pluck and grit. It touches on all the classic western tropes – the fugitive manhunt, the all-powerful railroad dynasty, the darkly handsome marshal – but with lots of surprises, too. The series title, Lingua Magika, refers to the power of language in this world, where those who can speak the tongues of the phantoms wield almost godlike powers. I’ll be launching the cover this week, so I hope everyone keeps an eye out for it.

I have boards for all my books on Pinterest, as well as an author page on Facebook where I post cover reveals and excerpts and very important things like pictures of my cats. You can also find me on Instagram, and follow me on Goodreads, Amazon or Bookbub. But my website has all the goodies, including playlists and maps.