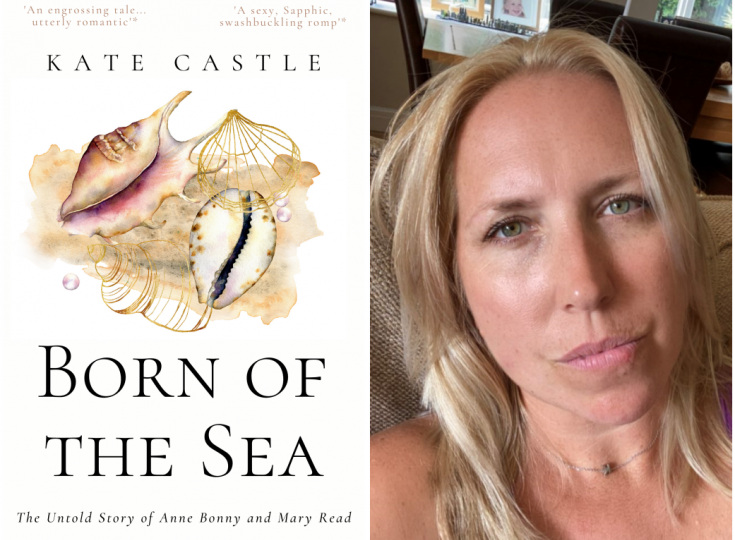 Kate Castle is the author of the historical romance novella 'Born of the Sea' and the soon-to-be-published full-length novel 'Girl Island'. Kate's books fall into the New Adult and Young Adult romance and adventure categories. Kate is passionate about representing young queer females in literature and writes about fierce, independent, fluid young women - the kind of characters she wished she could have read more about growing up. She is a proud vocal champion of bisexual fiction (affectionately coined 'BiFi' by Kate) as an up-and-coming genre and continues to write in this exciting and original domain. Read more about Kate, or sign up for new releases, giveaways, and other news at www.kate-castle.com. Or follow her on social media @katecastlebooks. As our Author of the Day, she tells us all about Born of the Sea.

Please give us a short introduction to what Born of the Sea is about.

'Born of the Sea' is a novella based on the true story of infamous gender-bending 18th-century pirates Anne Bonny and Mary Read, which many historians believe were lovers. It's a good old-fashioned rollicking adventure with an f/f romance to boot!

What inspired you to write about Anne Bonny and Mary Read?

I've been obsessed with pirates and sea stories since I was a child (I'm pretty sure I must have been a pirate in a past life!) and these two women in particular always fascinated me - not least because they were rebelling against gender norms at the time, living and working alongside men on board ships. They were early feminist trailblazers, really. I'll conveniently ignore the fact they were convicted for piracy crimes...

How much research did this book require from you to make the history part ring true?

Quite a lot, actually. Much of it is based on real-life events, so I had to do a lot of research to find out when and where Anne and Mary (and Jack Rackham) met, what they got up to, and how they were captured and trialed. The first couple of chapters delve into Anne's early life as well, so that had to be corroborated with facts. I didn't want to fictionalize too much of what happened, which is the main reason the book turned out as a novella and not a full-length novel. Anne and Mary's story is astonishing enough, even in short form.

Well, when I found out Anne and Mary are widely believed to have been romantically involved, that changed the book's entire genre pretty quickly! I started out wanting to dramatize their adventures in a Young Adult 'rollicking read', but after researching the history, I realized the book was going to be a romance. It was so interesting, too, to discover how commonplace homosexual relationships were on board ships at the time. And how completely accepted they were. Pirates were way ahead of their time in many ways.

What made Anne Bonny so special?

This was a young woman who knew who she was and what she wanted at a very young age, and who set out to get it despite all the constraints on women at that time. The same can be said for Mary Read. It's quite amazing how these two women just happened to meet and be in each other's lives. I don't suppose there were many young women like them around at the time. Their meeting was written in the stars!

Hmm, that's a difficult one. I play guitar and sing in a band, I guess those are skills... And my family will say I can cook a mean dinner. I deserve that Friday night takeaway every week, let me tell you.

Which character was the most challenging to create and why?

Jack Rackham was tricky. This is a character that we have to believe was charming and clever enough to a) succeed as a pirate captain, b) woo Anne Bonny, and c) potentially be a queer man. At the same time, he had to be depicted as cowardly enough so when the time comes we believe everything that happened during their capture and arrest, and why Anne (and Mary) turned against him.

Anne Bonny definitely threatened to do this a lot while I was writing - especially because the novella is told from her point of view, from inside her own head. She was pretty hard to keep up with! Thankfully I had history on my side so I had some boundaries in place to help me keep her in line. Having said that, some of the shenanigans she used to get up to onboard were outlandish enough for me to have quite a bit of confidence inventing some additional dramatics for her! She was a fabulous character to explore and breathe life back into.

Why did you title this "Born of the Sea?"

The novella was originally entitled 'New Providence'. After I wrote the song Mary sings to Anne later on in the book, it was an easy choice to change the title to 'Born of the Sea'. You'll have to read the rest to find out why it's so apt!

What did you have the most fun with when writing Born of the Sea?

The battle scenes were a great deal of fun to write. I also have a very soft spot for the fencing lesson Mary gives Anne on an abandoned beach in Hispaniola. That interaction between Anne and Mary is 'swordplay' in more ways than one.

Readers say your characters feel very real - how did you pull that off? Are they based on anyone you know?

Do I see myself in Anne and Mary? Hmm. I think I'm more a Mary now; reliable, steady, and calm. But, for sure, there are glimpses of me as a younger woman/teenager in Anne. Well, you have to write what you know, right?

I have to factor in my day job, so that takes up a few hours of my day at least. I usually write in the morning, after I've done the school run and walked my dog, Teddy.

The only writing habit I have is that my desk must be clear of any 'other' work so I'm not distracted. I am the world's worst butterfly mind. Oh, and the house must be silent...if Whitney Houston comes on the radio, that would be WAY too much of a distraction! 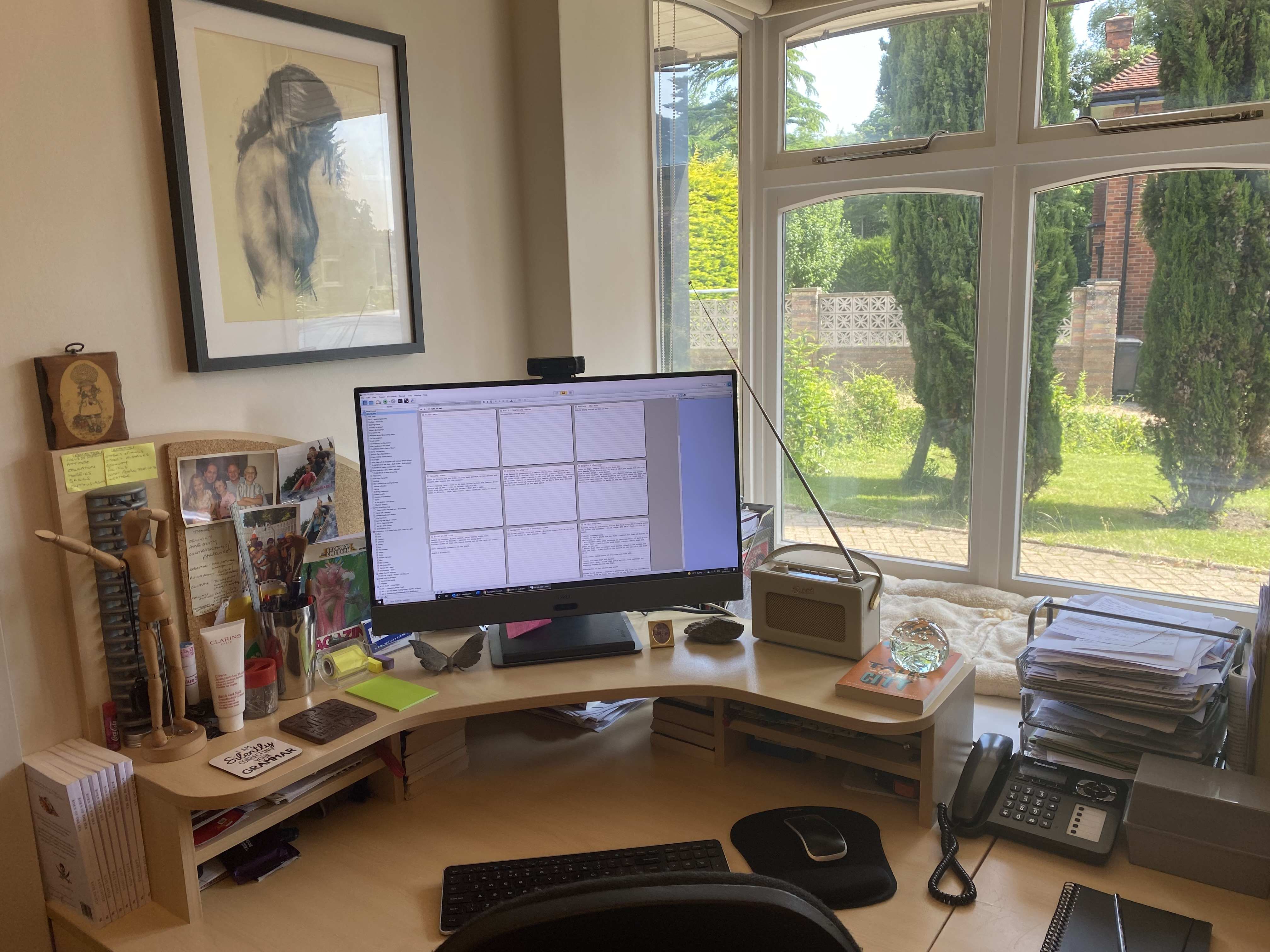 I'm finishing up on my debut full-length novel, 'Girl Island', which is out in the Autumn. It's a Young Adult / New Adult adventure/romance about a group of teenage girls who are stranded on a deserted island in the 1990s and it deals with themes of loneliness/isolation, toxic femininity, and the different elements of a woman. A beta reader described it as "'Lord of the Flies' meets 'Mean Girls'" and I honestly think that's just the best short description I could ever think of!

I'm also writing another historical romance novella this year - I'm planning a series of books about young historical women who haven't had part (or all) of their stories told as yet. Plus I'm working on another Young Adult / New Adult novel for next year, exploring similar themes/topics as those in 'Girl Island'. 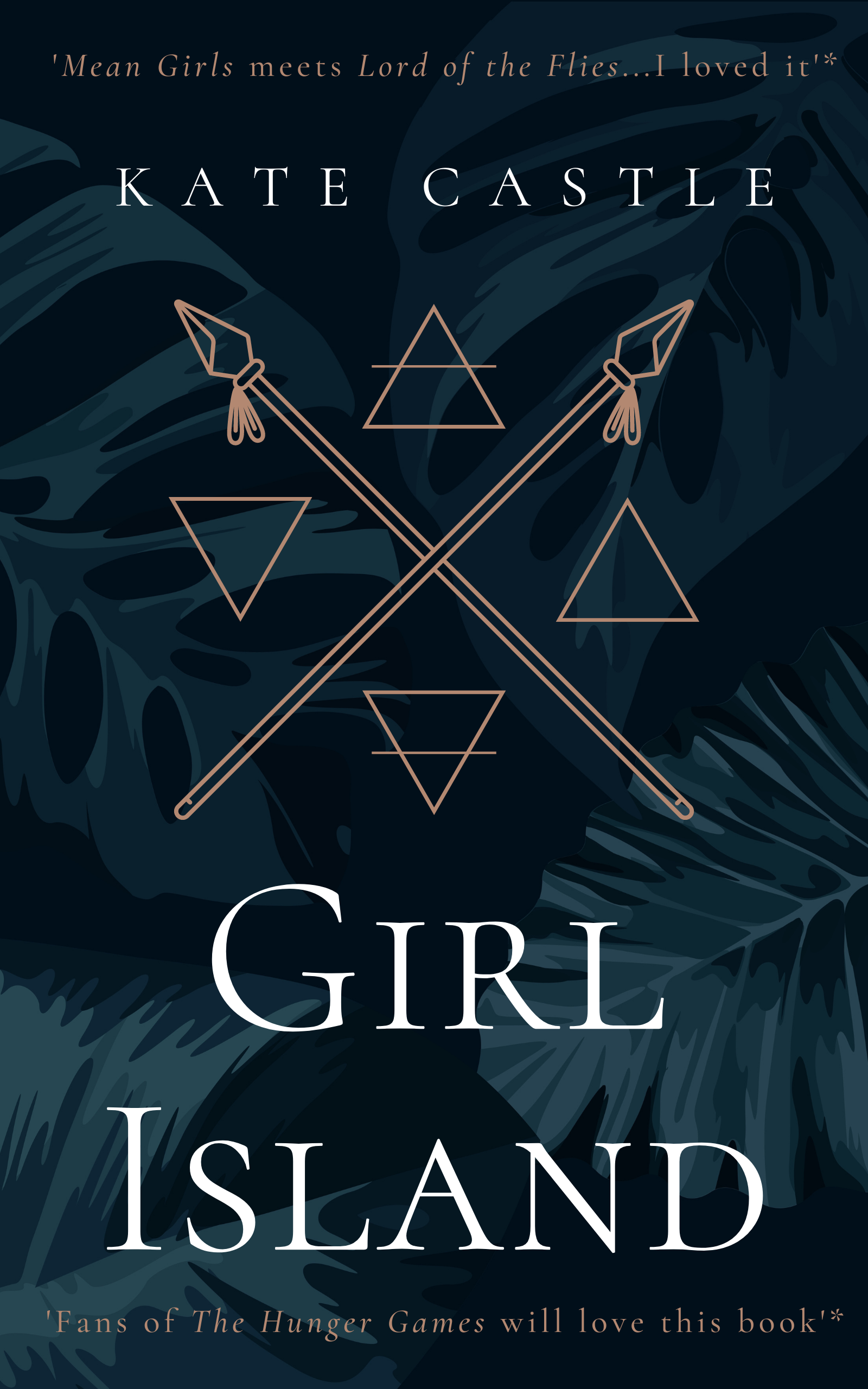 'Born of the Sea' is my debut published fiction, so check that out first and foremost. If you like my style, you can preorder 'Girl Island' on Amazon, which will be released in October. If you join my mailing list at www.kate-castle.com I will send you any news and the occasional freebie. I'm also on pretty much all social media @katecastlebooks. I absolutely love to hear from my readers, so please do get in touch! 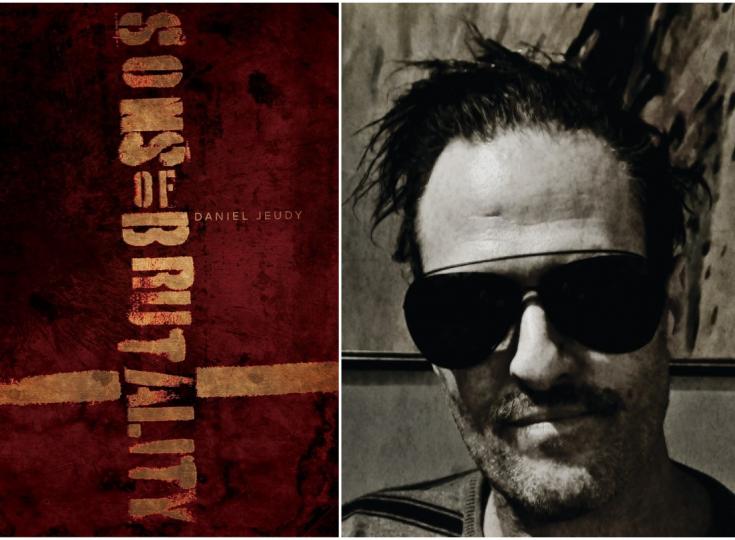 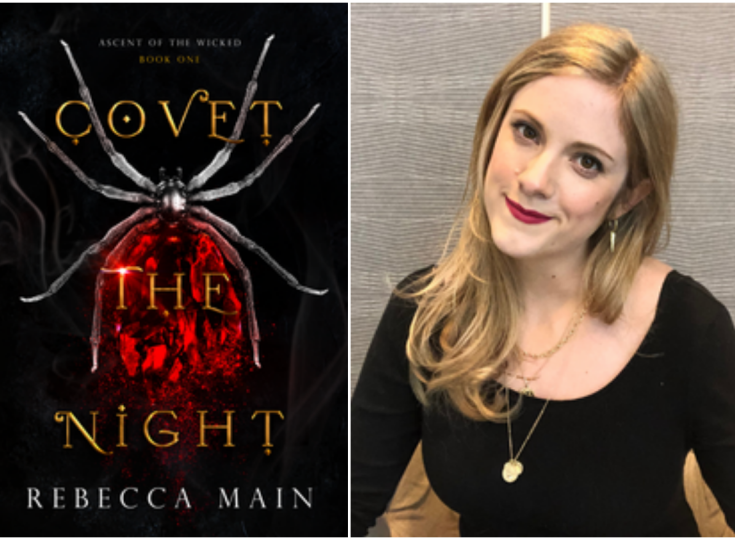 Rebecca Main - Weaving Stories that Transport Readers to Other Worlds 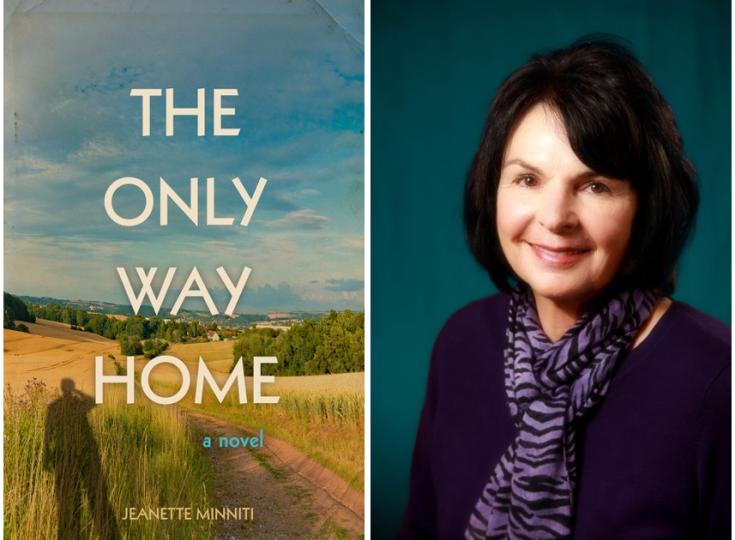 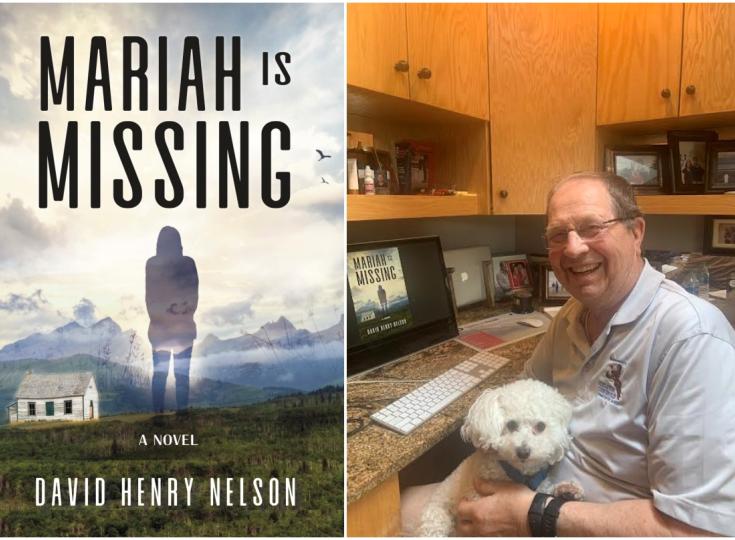 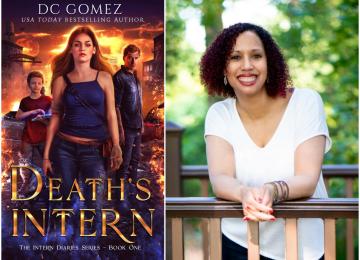