Kathleen Ball - History and Romance Set in the Oregon Trial

Kathleen Ball - History and Romance Set in the Oregon Trial
Posted on 3rd of October, 2021 by Naomi Bolton 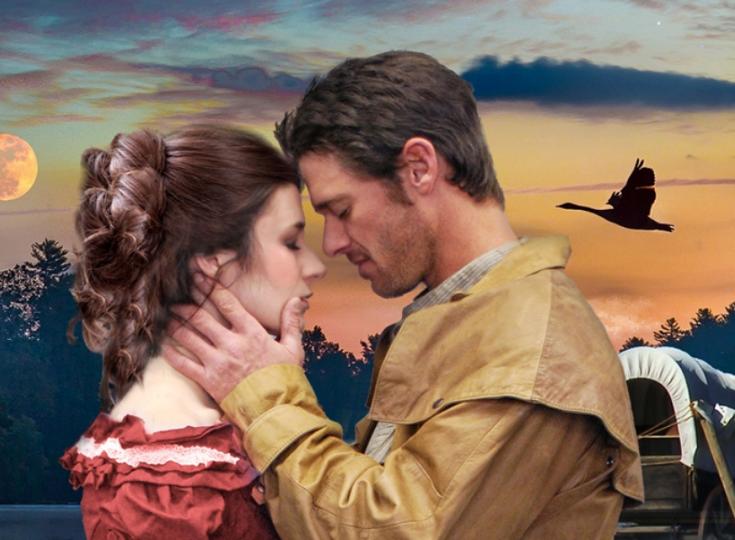 From Award-Winning, Amazon Best-Selling Author Kathleen Ball. She is one of the top 50 Authors in Historical Western Romance who consistently Hits the #1 spot in her genre. A Clean and Wholesome Mail Order Bride/ Cowboy/ Oregon Trail Books About Kathleen Ball Handsome Cowboys and the Women Who Love Them.  As our Author of the Day, she tells us all about her latest book Cora's Courage.

Please give us a short introduction to what Cora's Courage is about.

Cora feels indebted to Eddie who saved her and her baby Esther. She travels on the Oregon Trail with him. He intimidates her and has her doing most of the work. He’s jealous and she knows not to look in another man’s direction even though their relationship is purely platonic.

An early snowstorm leaves her in danger of frostbite and when Harrison Walsh carries her off to his wagon to be treated, Eddie becomes enraged and drops Cora’s trunk off at Harrison’s wagon.

Harrison Walsh was happily married until three months ago when his wife died. Their dream was to have their own ranch and start a family. Now he’s alone and broken-hearted. When the rest of the wagon train party learns Cora is not married to Eddie, rumors fly, and to save her reputation Harrison is forced to marry Cora.

What inspired you to write about a marriage of convenience?

There are so many possibilities. Two people who need a spouse sight unseen can be scary. Throw in very different personalities, way of life, and expectations to make an engaging story.

Why did you pick the Oregon Trail as the backdrop for your story?

This is my Second Oregon Trail Series. I wrote them basically because there were so few books and I was disappointed there weren’t more. My first series Oregon Trail Dreamin’ was very well received and more writers are putting out romances on the Oregon Trail now.

Tell us more about Cora. What makes her so special?

Cora is gullible and kind. She became pregnant when the father told her they were engaged and it was people do. She believed him. He left right after and she never saw him again. In the 1800s if you were pregnant and unmarried no matter the circumstances the woman was blamed. She was brave to join a wagon train with a man she thought was a good man. Her kindness is her flaw and her main attribute. She just doesn’t know how to be kind without being taken advantage of.

Tons. I spent whole days looking at old maps. There are landmarks along the way and I had them stop at different ones than my first series. There are so many river crossings and terrain changes. I had to learn how they cooked with meager supplies and what their typical day would be like.

This is Book 1 of a series. Can it be read as a standalone? How do the other books in the series tie in with this one?

It can be read as a stand alone but the rest of the series takes you along the trail. Each book features others on the wagon train. Each romance story is complete in each book.

Why do you write Christian Romance? What drew you to the genre?

I started out writing Contemporary Western Romance, I had two publishers at the time and people loved my books but I was uncomfortable about intimate scenes. I decided to write what I love so I wrote Historical Western Romance- and it was well-received. It wasn’t until I read an Amish Romance that I was stunned. How can an author show the amount of love and wanting of the characters if the characters aren’t allowed to touch? It fascinated me. I didn’t know anything about being Amish but I’m a Christian. After I wrote my first I felt like I had come home.

Write down Character names and write. I write intuitively without an outline because I never know where the story will take me.

Right now I’m working on Aggie Mail Order Brides of Pine Crossing. Readers loved the first two books and this will be the third and last.