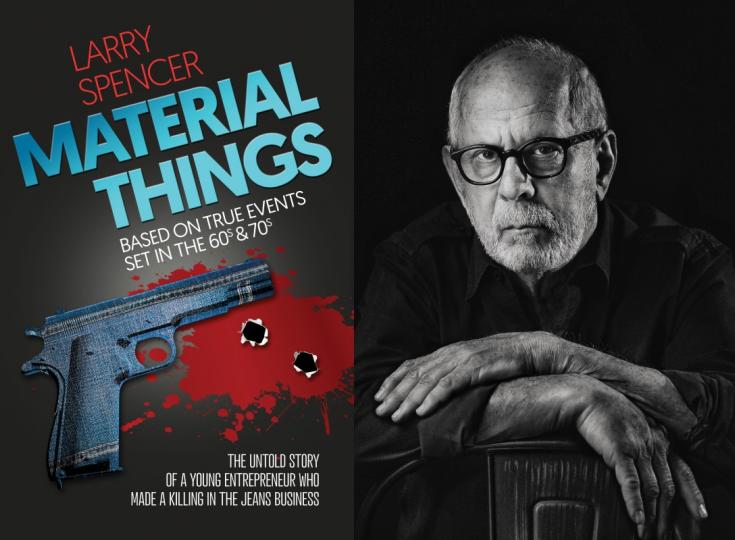 Larry Spencer published his first novel, The Tipping Point Of Oliver Bass in the summer of 2017. A story that covered the life of a pathologically arrogant, wealthy young man who sets off on a journey of self-discovery, family tragedy, and sexual conquest in a modern California noir backdrop. Spencer has been a Writer’s Guild of America member since the late 70s, having written and produced a multitude of highly successful TV shows, which culminated into writing several feature films. He was then encouraged to pen his second book, Material Things, a story based on true events that takes place in the 60s &70s and tackles organized crime, drugs and embezzlement during a time when bellbottom pants ruled the fashion scene. He lives in Valley Village, California. As our Author of the Day, he tells us all about his book, Material Things.

Please give us a short introduction to what Material Things is about.

Larry Spencer’s riveting, interlocking narratives circle the lives of Matthew Street, Jon Lewis and Christopher Styles, in a 1970s California backdrop that takes them from owning and operating a fashionable clothing boutique into the gripping world of an FBI under cover operation, drug trafficking, prostitution and a nefarious criminal element, that brings to light a Mafia contract killer, who’s out to bump off a stoolie in their midst. Material Things is based on true events surrounding the store that introduced bell bottom jeans to a hip Southern California crowd and how it became, not only a cottage industry but also an arena fraught with danger and moral strife that put the store and it’s owners under close scrutiny after an alarming number of felonious activities surface.

What inspired you to write about confrontations between the Mafia and the FBI?

This book is based on true events. I had personally lived it and was just reporting what happened in a segment of my life during the 70s. To sum up the '70s seems impossible — so much happened in this incredible decade. An era that brought us shocking events, serial killers, killer albums, incredible sports moments, great books, greater movies, and boundary-pushing television. All this and more was my inspiration to write this book.

Why did you pick 1970s California as the backdrop for your story?

Backdrop—Again these true events took place in the 70s. I wrote what I knew. Wrote what I lived. Wrote the heartache that I suffered losing friends that died too soon from drugs and other deadly sundries.

Organized crime, drugs and embezzlement are major themes in this book. Why did you find this important to write about?

Crime, drugs and embezzlement were featured because these events were the main theme while running a clothing boutique. An unexpected set of circumstances that found its way into the lives of three guys trying to make their way as entrepreneurs in the clothing business.

Secret skills— I'm good at watching British detective shows on the telly. Love them. Acorn TV is a must as is Netflix and Amazon Prime that feature incredible English crime series. You have to listen closely to the dialogue accents or you won't understand a word they're saying.

How much of your own life experiences have you written into your story?

My own life experiences in this story—almost 80 percent. The Christoper Styles character I fashioned after myself. To a point that is. I of course took some liberties. Took some creative license to hopefully make the story and the character a lot more interesting. Although most of what you read is an accurate portrayal of the character.

Why did you title this book "Material Things"?

Material Things is a play on words being that the story dealt with clothing as well as purchasing nonessential products that appeal to our materialistic society. Our characters (in real life) were highly successful and bought themselves expensive toys, car, jewelry, etc.

Actually neither characters were that challenging since they were created from real people, and were also my close friends.

What did you have the most fun with while writing Material Things?

No doubt rehashing my own experiences and memorializing this theme was the most encouraging part of writing this story. Living in the 60s &70s was an important period of my life. It was also fraught with danger, questionable relationships and a highlight seeing the Doors perform live and selling Jim Morrison clothes from our shop—"Jon's Drawer." 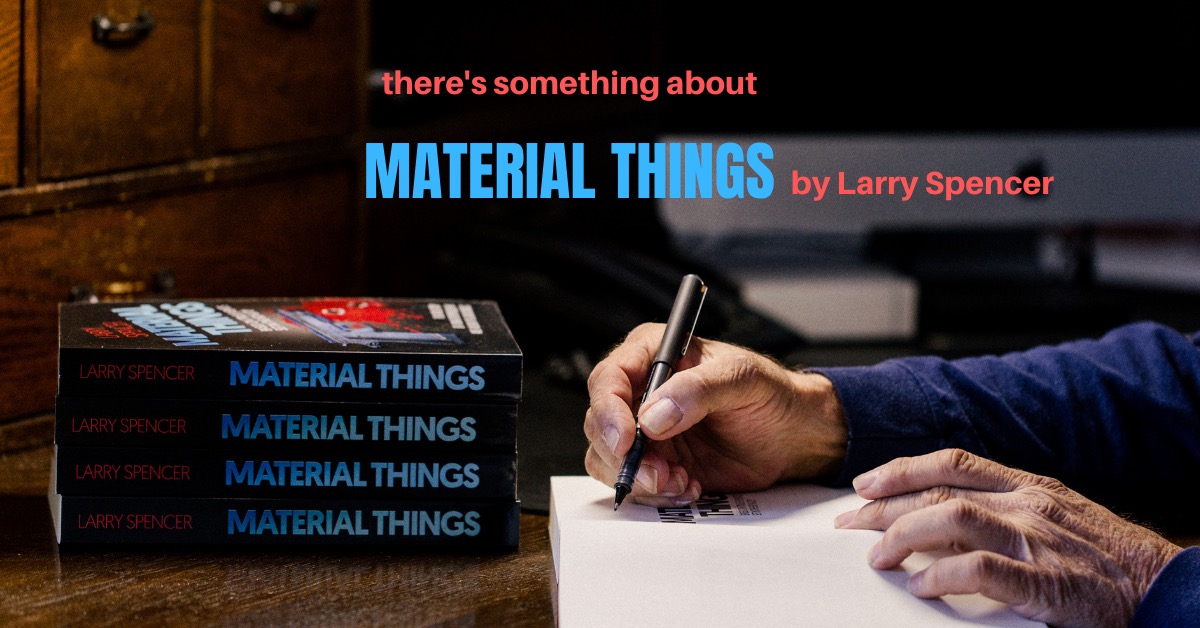 Writing habits—6:30 AM I start at the coffee maker. (single cup of decaf) then at 7am I head for my office located in my backyard looking out onto a swimming pool. Calm, peaceful, tranquil. All those words that equate—being left alone to be clever and brainy. First I wolf down a bagel and cream cheese then smile at my computer like it's a friend. Usually I write for about 5-8 hours a day, taking random breaks to walk the dog and pee. This includes both of us. He uses a tree, I of course use the facility.

I am presently working on my third novel. A thriller called "In Search of Ina Byers."

The main focus :The deadly consequence of infatuation. A perennial high school crush turns toxic when Ina Byers returns to her hometown of Bakersfield after a ten-year absence, to bury her estranged grandmother. Still harboring the profound affect she had on him, Jake Reilly, stirs up old feelings and is once again struck down by her unconventional Bohemian allure, rough edges and offbeat persona.