Lindsay Cross - Author With a Passion For Military Romance
Posted on 29th of April, 2016 by Naomi Bolton

Lindsay Cross, who is wedded to a military man herself, is the award-winning author of the Men of Mercy series. Today she talks about what it is that appeals to her about military heroes and what makes her characters so relatable. The happily married mother of two also has some sage advice for readers who are still looking for love.

Give us a short summary of Redemption River: Men of Mercy

Hunter James didn’t want or need redemption. Until one mission turns his world upside down. He left Mercy to fight for his country and escape a broken heart. Years later, he is hard. Cold. A man without mercy.  Part of an elite Task Force, he tracks a brutal terrorist to his home town. And runs into the woman who betrayed him…  Evangeline Videl was destroyed when Hunter left. Determined to move on, she finds another man, but discovers too late the monster hidden beneath his smooth smile. Struggling to find the conviction to live, Evie finds her life spinning out of control. Then Hunter returns… Forced to band together to find the terrorist before it’s too late, Hunter and Evie must learn to forgive or risk losing the promise of redemption and their lives…

Hunter and Evie had a past together before being forced to work together again. What made you choose this approach? To write a story about exes that reunite, rather than "new" love?

I've always been in love with a man in need of redemption and forgiveness for his past mistakes, especially when he's as bad ass as Hunter James. Plus, Hunter felt he'd done nothing wrong to begin with, and as you read the rest of the story, you get to see just how bad he screwed up and how badly he needs Evie's forgiveness.

What is it that appeals to you about a military hero?

My husband :) No really, the crème of the crop military hero is a real man. He serves his country for duty and honor. He has personal honor and respect for others. He finds a woman that flips his hat and she's the one for him - for the rest of his life - he will dedicate his life to hers with the same singular determination he dedicates his life to his country.

You are great at writing romantic suspense. How hard is it to keep a book fairly fast-paced and suspenseful while still focusing on the emotions of the lead characters?

Thank you. I find that they all tend to meld together pretty naturally. The lead characters’ emotions are the base of the drama and suspense, they are the driving force behind the action. So it actually works better for me when my sets get fast-paced and suspenseful, because at those moments, the hero and heroine are usually so focused on action they forget to hide how they feel about each other. And as the drama heightens, so does the emotional conflict.

Oh for sure, lots of them. I like to do laundry and scrub toilets just to punish myself for avoiding writing, but then I get way more good days, where the words just come, and I make up killer time. 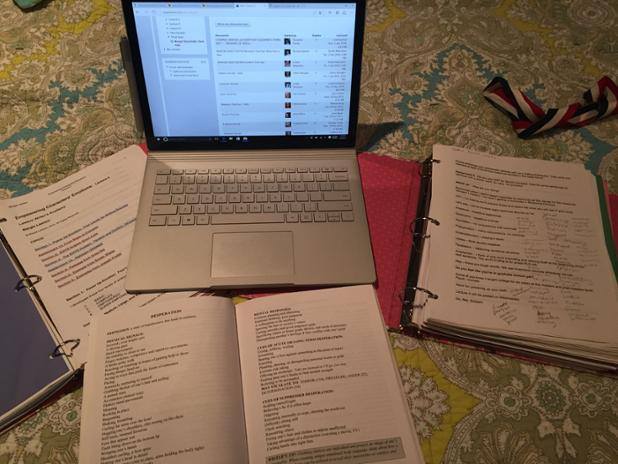 Redemption River starts on a sad note - why?

Because I wanted the readers to care about this cold, distant Special Forces operatives sent to capture a cold blooded killer and traitor. I wanted everyone to see how alpha men really act under fire, and finally, when one of their own is hit, how much that impacts the whole entire unit. These men care about God and Country. They are hardened soldiers of war. But when one of their own is injured they all come together as one.

Tell us a bit more about the title: why Redemption River: Mercy of Men?

Each of my books has River because the whole beginning of the series is centered around the Mississippi River. Hunter tracks a terrorist from overseas back to his home town Mercy MS, and brings his whole team with him to set up a compound there. So we now have Task Force Scorpion (TFS) in Mercy tracking a killer. This forces Hunter to be in close proximity with Evie. 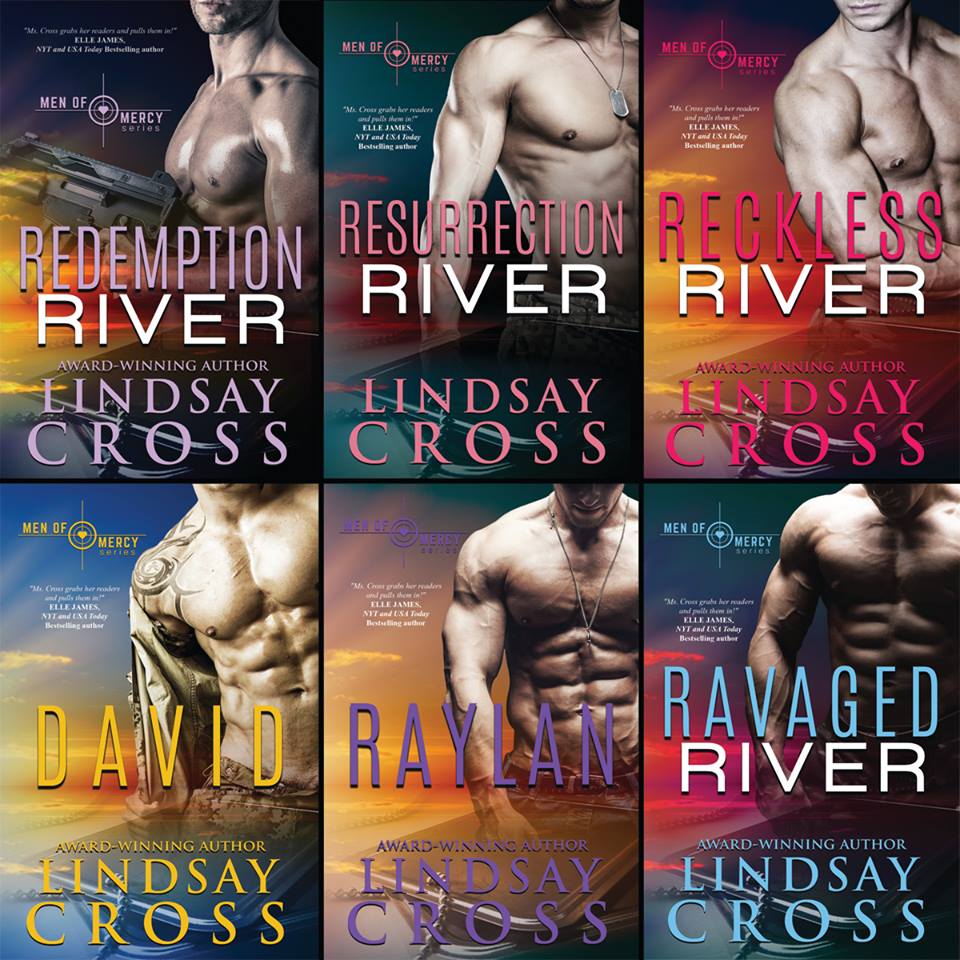 Both Hunter and Evie are "damaged" characters, each with their own baggage from the past. Why do you like to use flawed lead characters?

Because we all have flaws. I think keeping them relatable is what makes us connect to characters. Plus, watching them grow and realize throughout the whole story is fun too. And of course they can only help themselves become better by falling in love and realizing their mistakes.

What did you have the most fun with when writing Redemption River?

Evie's grandpa, CW, he's a crazy old war vet that really has no issues putting the pressure on Hunter - and he dearly loves his granddaughter.

Do you have a message with the book - what do you hope readers will take away from it?

That everyone makes mistakes, and often enough, lack of communication can destroy a relationship. This is a story of Redemption, of a man and woman both realizing the errors of their past and moving through their problems to ultimately find the greatest love of their lives.

You married a military man yourself - what is your advice to readers still looking for love?

Stay true to yourself. Ultimately, a real man, military or not, should value you and who you are. I fell in love with my man firstly because he showed me respect - he opened doors for me, he bought my dinner and didn't wait for me to pick up the check, when he spoke to others he had manners and respect, and ultimately - he put me above all others and still does to this day. I know that no matter what happens, he will always be there - you have to feel the same way about your man. He needs to respect you and you should be his #1. Of course, it doesn't hurt if he's madly in love with you too! 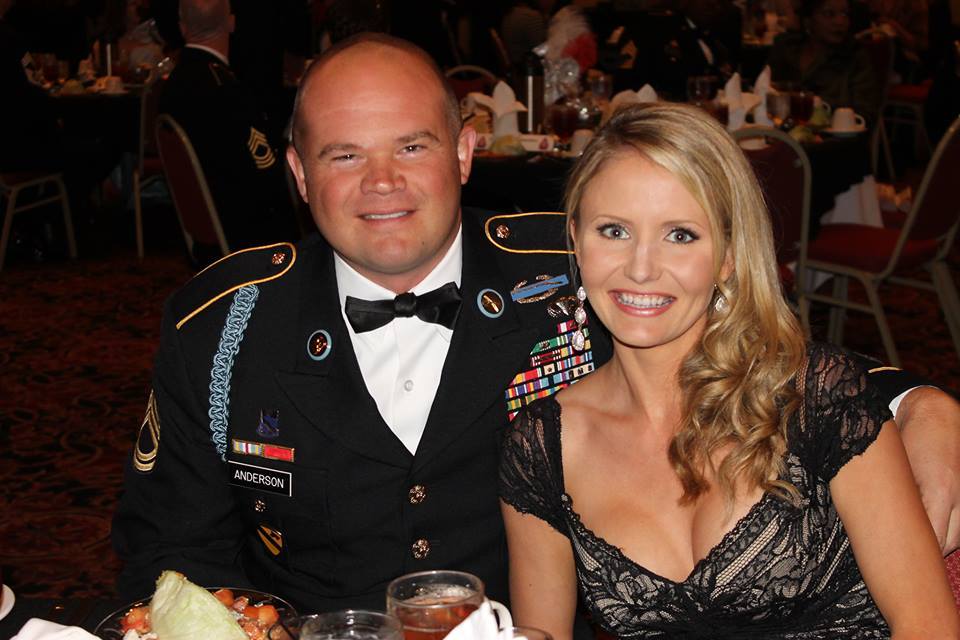 What are you busy writing right now? Anything exciting coming up?

I just finished Ethan's Promise, Men of Mercy book 7, coming out in Desiree Holt's Team Omega Kindle World in May and now I'm working on Book 8 in MofM, coming out in July with Susan's Stoker's Special Forces KW.