London Clarke - An Abandoned House With a Disturbing Past

London Clarke - An Abandoned House With a Disturbing Past
Posted on 22nd of July, 2020 by Naomi Bolton 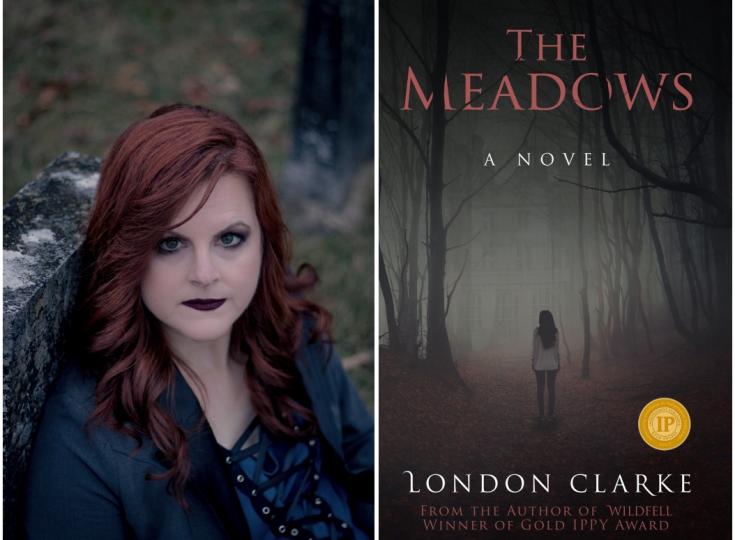 London Clarke is the award-winning and Amazon bestselling author of Wildfell and the Legacy of Darkness series. Obsessed with vampires and haunted houses from a young age, London grew up reading gothic tales like Wuthering Heights and Dracula, featuring romance, tragedy, and tortured souls. She considers herself a recovering runaway and confesses that she once moved to England in search of a man who was the perfect amalgamation of Dracula, Hamlet, Heathcliff, and Mr. Rochester. London has had an eclectic array of jobs including receptionist, legal secretary, literary assistant, high school English teacher, and freelance editor. London lives in a Washington, DC suburb with her husband and two Italian greyhounds. She’s happiest when she’s writing novels, reading books, or re-watching her favorite programs like The Vampire Diaries or Being Human. As our Author of the Day, she tells us all about her book, The Meadows.

Please give us a short introduction to what The Meadows is about.

The Meadows is about Scarlett DeHaven, a woman who has left behind her life in Nashville to get away from the bad influences that landed her in rehab. She returns to the Shenandoah Valley—a familiar place from her college days—where she purchases an abandoned mansion with the intent to turn it into a bed and breakfast. But as soon as she moves in and begins the renovation process, she is plagued by visions and voices. A work crew discovers a tunnel under the house that was once used by local cults for their rituals. And as the paranormal activity in the house begins to escalate and becomes more dangerous, Scarlett soon realizes that she is battling unseen forces even more sinister than her addiction. Driven to the edge of despair, she’s determined to rid her new house of its demons, but she has no idea what she’s really fighting . . . vampires, demons, or flesh and blood.

What inspired you to write about a decades-old murder and a blood-thirsty cult?

I set out to write about a haunted house. The decades-old murder and the cult kind of came along as an idea while I was writing.

Tell us more about Scarlett DeHaven. What makes her tick?

Scarlett is a conflicted character. She has a lot of baggage. She’s a talented musician and wants to continue making music, but she can’t stay in Nashville—too much temptation. She’s fresh out of rehab for a drug and alcohol addiction and is starting to have some flashbacks of things that happened during her blackouts—things she’s not proud of. She wants to stay on the straight and narrow but living in a house haunted by demons isn’t necessarily conducive to sobriety. In short, she’s between a rock and a hard place: her addiction and an environment rife with paranormal activity that has become dangerous.

Why did you pick an abandoned house to start your story from?

Well, all of my books deal with haunted houses on some level, and there’s something about an abandoned house—one that’s been empty for years, one that was abandoned for reasons that are chilling, one that’s got a history of being used by local cults for rituals—that makes it especially creepy and a good base for paranormal activity.

Why supernatural thrillers? What drew you to the genre?

Ever since I was a kid, I have always loved creepy atmospheres, haunted houses, vampires, and ghost stories. I’ve had a couple of paranormal experiences myself, and I know a lot of people who have as well. I’ve written in some other genres, but I think this one comes naturally to me. I see every scene in my head so vividly. And the genre lends itself to interesting characters with problems—mental illness, addiction, phobias—that can really complicate the plot and raise the stakes for the characters. I also like to add in a heavy dose of romance—or at least a dark and mysterious love interest.

Well, I do have a degree in music. I don’t use my skills in this area much anymore, but I still sing sometimes when I have an opportunity. I also love to cook. And I’m pretty mechanically inclined, which I attribute to having a dad who owns buys, fixes, and sells wrecked cars. 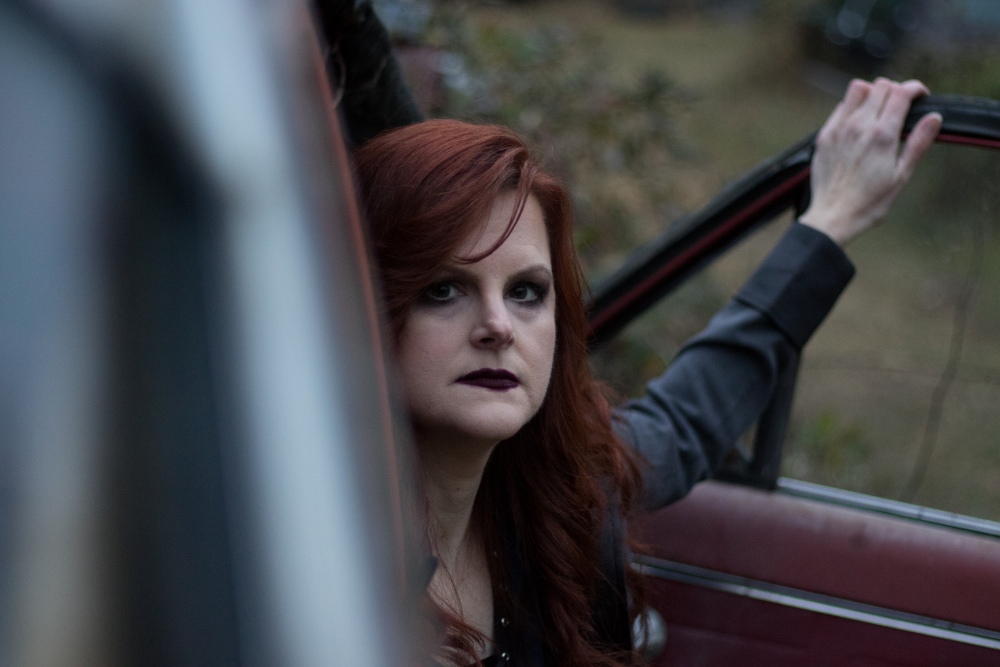 Readers say you managed to maintain a mysterious, creepy atmosphere throughout the book - how did you pull this off?

I know exactly what makes a house mysterious and creepy for me, and I try to bring those descriptions into the setting. There are some tropes you have to hit, but I always try to bring in visuals that may not have been touched upon before as well. Before I write a scene that’s going to be creepy/scary, I ask myself: what’s the creepiest, scariest thing I can imagine happening here? Sometimes I get ideas from actual accounts of hauntings, and if it gives me cold chills and shivers, I use that.

I have a great cover designer at Stephen J. Lee Designs. He is so talented. I give him an idea and send him a few covers that I like, and he just flies with it. He has amazing vision.

Yes, it can be read as a standalone. I tried to write all of them so that they could be standalones. They do tie-in, however. The cult is found throughout all three books, and several characters are seen again from book one to three and book two to three.

Yes. All humans are flawed. We are all products of our pasts—as kids, as teens, as adults, and depending on the values we hold, what we believe, what we think is important, how we love, that will dictate decisions and the choices we make. All of us have something that complicates our lives, our emotions, our psyches, and that interests me. I like a story that takes someone to the brink, tests their mettle, and makes them change. A need for redemption or restoration of some sort is almost always at the heart of my stories.

My dogs are my writing buddies. They hang out with me every morning while I’m writing. I guess another sort of interesting writing habits are that all of my characters are based off of actors I see in shows, movies. I spend a lot of time watching their mannerisms and figuring out how best to describe certain things like, say, how they swipe a hand over their face or walk or a facial expression they’d make or how they would say a particular word. My Pinterest boards address all of my books or works-in-progress, and I love pinning pictures of which actor/actress I envision for the characters. I do the same for settings and other idiosyncrasies about the story. I know a lot of writers do this, though. It’s lots of fun and helps me visually. 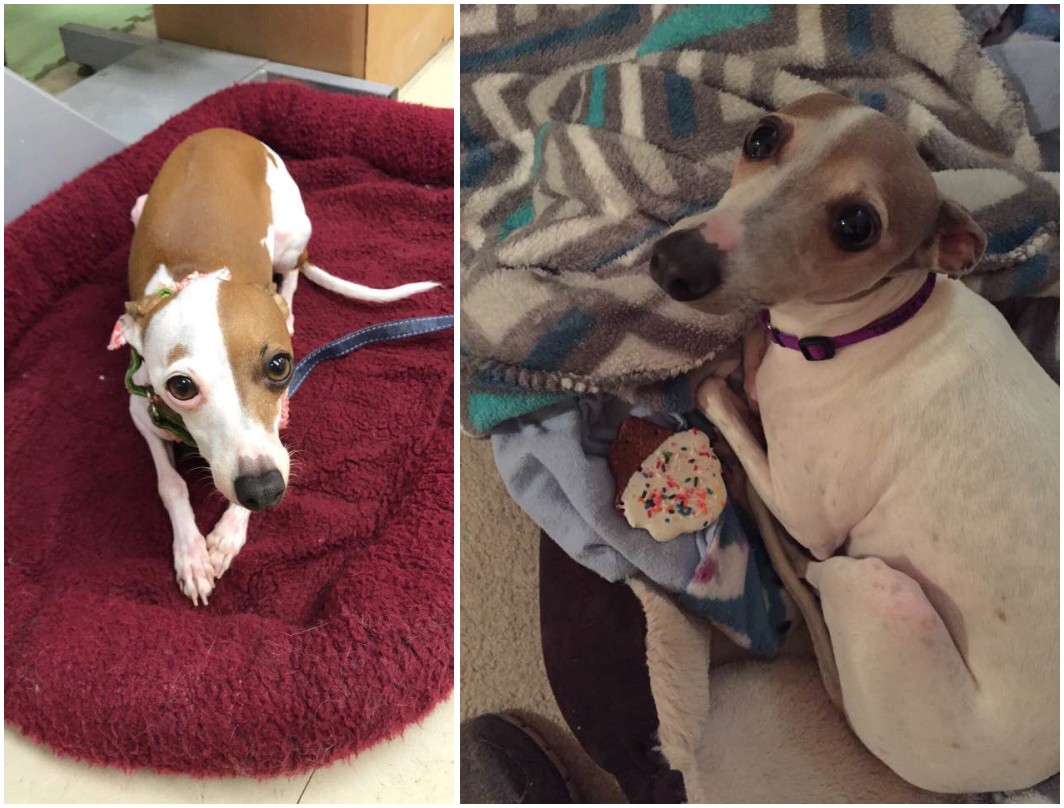 I’m working on a new book that is a cross between Big Little Lies and The Conjuring. I know—sounds crazy—but it’s been so much fun to write. It’s a domestic supernatural thriller set in a kind of Stepford community but with a paranormal twist.

So many places! All of my books are on my website (londonclarke.com) and on Amazon, and some are on Kobo, Apple, and lots of other places. I’m on Twitter, Instagram, Facebook, Pinterest, BookBub, and Goodreads. I love it when people contact me and let me know what they thought of a book! I really enjoy interacting with readers. 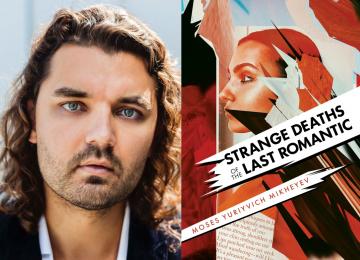