Lorhainne Eckhart - Romance and Suspense in a Pulse-Pounding Read

Lorhainne Eckhart - Romance and Suspense in a Pulse-Pounding Read
Posted on 11th of July, 2021 by Naomi Bolton 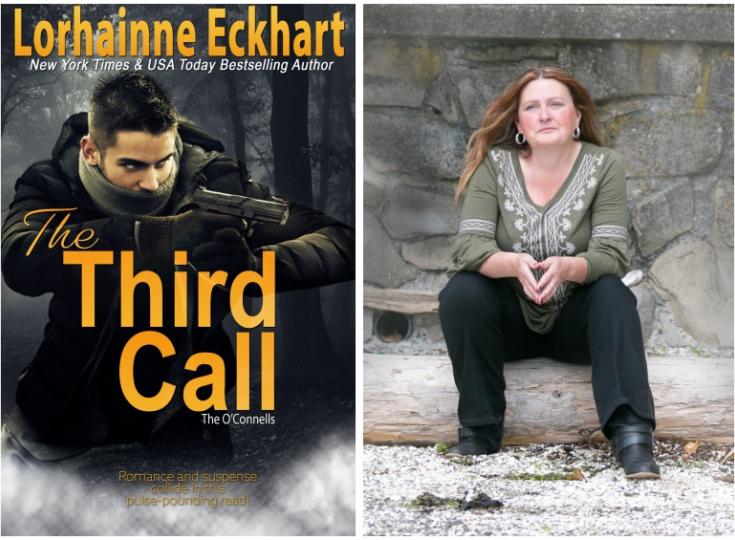 New York Times & USA Today bestseller Lorhainne Eckhart writes Raw Relatable Real Romance is best known for her big family romances series, where “Morals and family are running themes. Danger, romance, and a drive to do what is right will see you glued to the page.” As one fan calls her, she is the “Queen of the family saga.” (aherman) writing “the ups and downs of what goes on within a family but also with some suspense, angst and of course a bit of romance thrown in for good measure.” Follow Lorhainne on Bookbub to receive alerts on New Releases and Sales and join her mailing list at LorhainneEckhart.com for her Monday Blog, books news, giveaways and FREE reads. With over 120 books, audiobooks, and multiple series published and available at all retailers now translated into six languages. She is a multiple recipient of the Readers’ Favorite Award for Suspense and Romance, and lives in the Pacific Northwest on an island is the mother of three, her oldest has autism and she is an advocate for never giving up on your dreams. As our Author of the Day, she tells us about her book, The Third Call.

Please give us a short introduction to what The Third Call is about.

When dispatcher Charlotte Roy passes along a call to bad-boy deputy Marcus O’Connell, they learn a six-year-old child is in danger. Can they save the girl from a desperate situation?

The third call is the catalyst for a situation that quickly spins out of control. Marcus has no idea what he’s walking into, but when a six-year-old child calls for help, he feels her desperation. He learns that the situation isn’t quite so black and white, and the evening begins to unravel as the lines become blurred. Who is the bad guy? Marcus learns that everyone involved has been abandoned in some way by a very flawed system—but the resulting confrontation could end with one or more people killed.

Tell us more about Charlotte Roy. What makes her so special?

Charlotte is married and has been for years. Even though she and Marcus loved each other when they were just kids, she wouldn’t allow herself to act on their chemistry because Marcus was leading a life of crime back then. Charlotte says that no matter how much she wanted Marcus and cared for him, he was walking trouble, and Jimmy Roy was the better choice for her.

Marcus really was a bad boy who didn’t have his life together. While Charlotte married the better choice, after being married for only a year, she couldn’t fight her feelings for Marcus. A kiss that never should have happened ended with her husband’s fist in Marcus’s face and the deterioration of Charlotte’s marriage, but neither Charlotte nor Jimmy will give up their house, so for years they have been just roommates, their lawyers fighting out the terms of their pending divorce.

Marcus points out to her now that he won’t ever cross the line he once did, as she’s still married. Until she decides to walk away from that, he won’t allow himself to get involved with her. It was a mistake he’ll never make again even though he’s always loved her. She’s kind and gorgeous, the perfect “work wife”—but that’s as far as he’ll allow it to go. He knows she’ll always have his back. Her only flaw is the fact that she’s too stubborn to walk away from the beloved house that has kept her engaged in a lengthy legal battle with her husband.

Who is Marcus O’Connell and what makes him tick?

I love all the O’Connell characters, but Marcus is by far one of my favorites. He is the ultimate bad boy who got his shit together, and even though he’s done bad things, skirting or breaking the law but not getting caught, he wishes he could go back and undo the things he did in his youth. He is all about family first, standing up for what he believes in, and no matter what, he has his siblings’ backs. Marcus is a relatable character who is deeply flawed.

All the O’Connell siblings have had to overcome so much. Their dad left them, leaving their mother to fend for herself and her six children. Each of the O’Connells was walking trouble in his or her own way, but Marcus was the wily one. Being one of the middle siblings, he got himself into all kinds of trouble, leading a life of teenage crime that he’s never shared with his siblings. Only by a sheer miracle did he pull it together, because he was headed down a road where he could have found himself behind bars, labeled a career criminal.

Instead, the old sheriff pulled him into the sheriff’s department and mentored him, and that job saved his life and turned things around for him. Because he’s walked that dark side of the law, he understands criminals, the way they think and why they do what they do. It’s what makes him a better person and a damn good cop, because he understands where to start looking. He’s empathetic and fair, a flawed but good man.

This is the second book in the O’Connell family series. Can it be read as a standalone? How does it tie in with the other books in the series?

Even though I write series, every book in the series can be read as a standalone. Each focuses on a member of the O’Connell family. There’s Ryan, a park ranger; Owen, the eldest, now a plumber, who had to keep an eye on his younger siblings and gave up his teenage years to step in and be a father figure; Luke, who is in the special forces; Suzanne, who fought to be one of the only female firefighters in the town; and Karen, a lawyer, who was closest with their dad and took his mysterious disappearance the hardest. Then there’s their mother, Iris, who had to raise them alone after their father left. Each book focuses on one sibling’s story and search for love, touching on what he or she has struggled with. Each also delves deeper into their father’s disappearance. The tight-knit O’Connells put family first. They’re very flawed, but when push comes to shove, they protect their own.

“Well, see, here’s the problem,” he said. “I have a 911 caller, a little girl who called in terrified, scared of you, Tommy. Reine, you’re trying to say everything is fine, yet here you are, Tommy, holding a gun. You’re telling me this is all some sort of misunderstanding? Well, I’m telling you I’m not leaving. One, you shot off that gun, Tommy. Reine, you’re telling me you’re fine, but I don’t see your daughter. Now, this is the last time I’m going to tell you. Reine, you call Eva outside, and both of you come on down here now, because I’m not leaving when I know a little girl is afraid inside. Tommy, what you’re doing right now isn’t reassuring me in any way that anyone here is fine. So how about this? You drop your gun, and keep your hands where I can see them. Then the three of us will sit down and talk about what’s really going on here,” he said.

And what did the man do but laugh?

You have a knack for mixing suspense and romance—why do you take this approach?

One of the things I do is write the kinds of books I like to read, and I love reading books that mix suspense, mystery, and romance, not falling neatly into any one category. There’s something satisfying about writing unpredictable stories that keep readers on the edges of their seats, where characters find themselves on the dark and dangerous side of love, with all kinds of hidden secrets, lies, and deceptions. You wonder whether they can overcome that mix of dangers to find the perfect partner. It doesn’t always work out, and more often than not, my stories end happily for now, not happily ever after. Even with my contemporary romances, danger is an underlying theme that runs through all my books.

Distractions of any kind are the kind of thing you can’t have when you’re an author. So my mornings, from the moment I get up is my writing time, and I set aside that time until about nine am to just write aiming for at least a chapter, which can generally be about five pages. I’ve become really good about telling people, no to mornings for anything. I’ve found that locking off that part of the morning and setting really strong boundaries with every one that I’m able to accomplish far more in a day. Writing is not something I like doing in the afternoon or evening, generally I’m doing marketing, promoting all the behind the scenes stuff that has to be done in order to sell a book.

Broken Promises, which is another O’Connell book and follows The Third Call, She gave her daughter up. Now she wants her back. 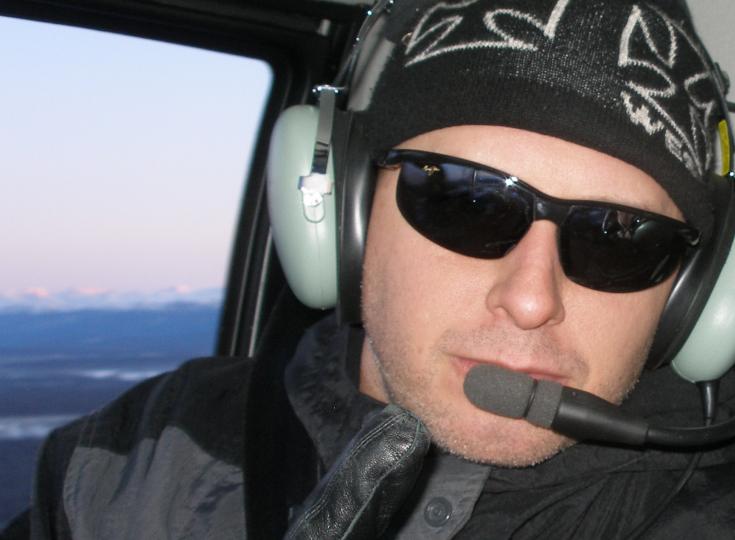 C A A Allen - From Hip Hop To Epic Fantasy 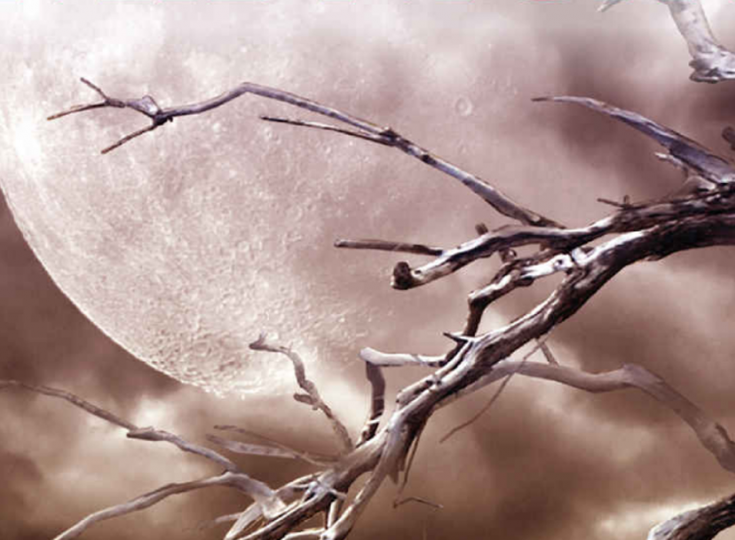 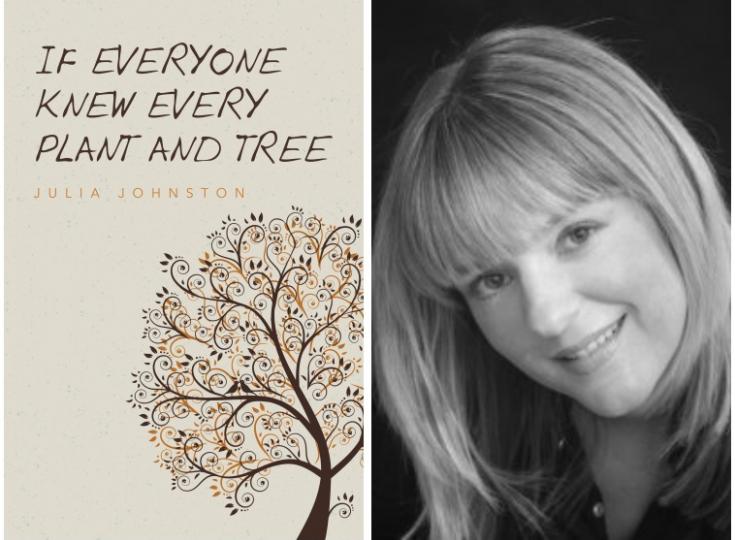