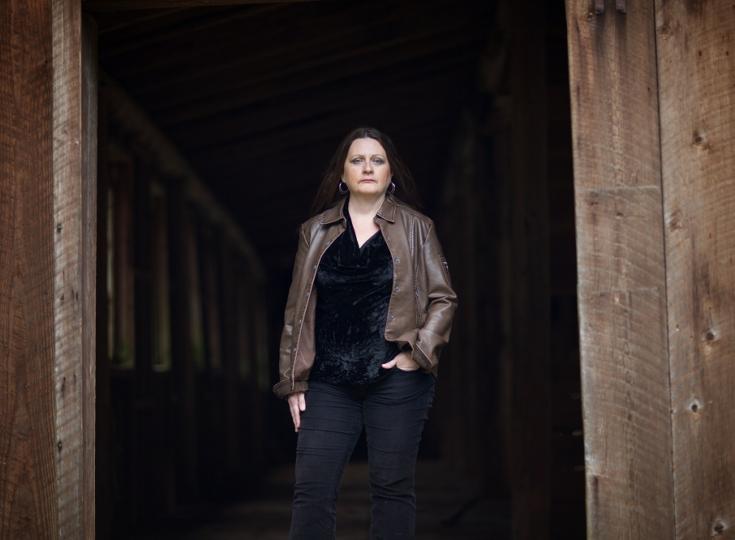 Multi-award winning author, Lorhainne Eckhart, gets up every morning and breathes in the ocean air, ready to work on her latest bestseller. When she isn't writing, and the weather is good, Eckhart partakes in dragonboat racing. In today's interview, Eckhart talks about her The Saved series, of which the second book, Vanished, just won the 2016 Readers Favorite Awards for Suspense. She also reveals her competitive side and gives some valuable writing advice.

Please give us a short introduction to Saved

Abby Carlton is rescued by Captain Eric Hamilton after being found floating on a dinghy in the Persian Gulf after she escaped captivity, pregnant having been sold to an Arab man.

“Growing up I had dreams that one day I'd fall in love, get married and start a family. Then one night I was taken. But I survived, I escaped and I was saved. Eric didn't see me as damaged. He didn't see my baby as a monster. He protected me, he kept me safe ... he saved me.”

What inspired you to use the Iraq War as a backdrop for this story?

The Iraq War was prominent in the news when I began writing Saved.  It wasn’t so much that it was that particular war that inspired me as the idea for the story had already come to me, Abby being found in the Persian Gulf, Eric a military Captain in the Iraq war, finding her, saving her.

As with all the books I write, this story came to me and needed to be told. It wasn’t so much that I created the story and wanted to write a story using the Iraq war as the backdrop.  For every story that I write the idea for the entire story is there.

Why did you decide to write this novel from Eric's perspective?

Great question. Because of the subject matter, Abby a victim and survivor of human trafficking. I felt it was important to keep the reader out of her head. The horrors that she suffered and was attempting to deal with I felt would have more impact reading only from Eric’s perspective, watching her, her reactions.  Abby suffered and survived a horrible abuse I think for any of us would be hard to understand.

What, would you say, makes a military hero so attractive?

For me it’s not the pretty boy face. It’s something that comes from inside the military hero/man. His strength, emotionally being able to handle the hard situations and make the tough choices and not shy from them. A confident man who has integrity. He doesn’t have to be liked, but deep down he has to be honest. And Eric is honest, his views upset many, but he didn’t make excuses.

Eric has some very sexist views in the beginning, which upset some readers.  Was that intentional?

Yes it was intentional.  I have to laugh at times how upset some readers were, not at the readers in a mocking way. But Eric is carrying his own demons and sometimes the way life molds a person it’s that outside shell which can be so unlikeable that upsets people. But what many don’t realize is it’s the pain of something, a childhood, a grief that has them viewing the world a certain way. Eric had become jaded of women, having a bad childhood, bad mother and as many people do, he developed racial profiling because of his wants and desire.  He too, though, has principles and stands by them. He doesn’t make excuses for who he is.

In this book you’re dealing with so many difficult themes – as an author, do you feel a sense of responsibility? If so, how do you deal with this?

I’m just telling the story. With all my books I really try to show no matter how difficult the theme, the tone or setting that there is always hope. 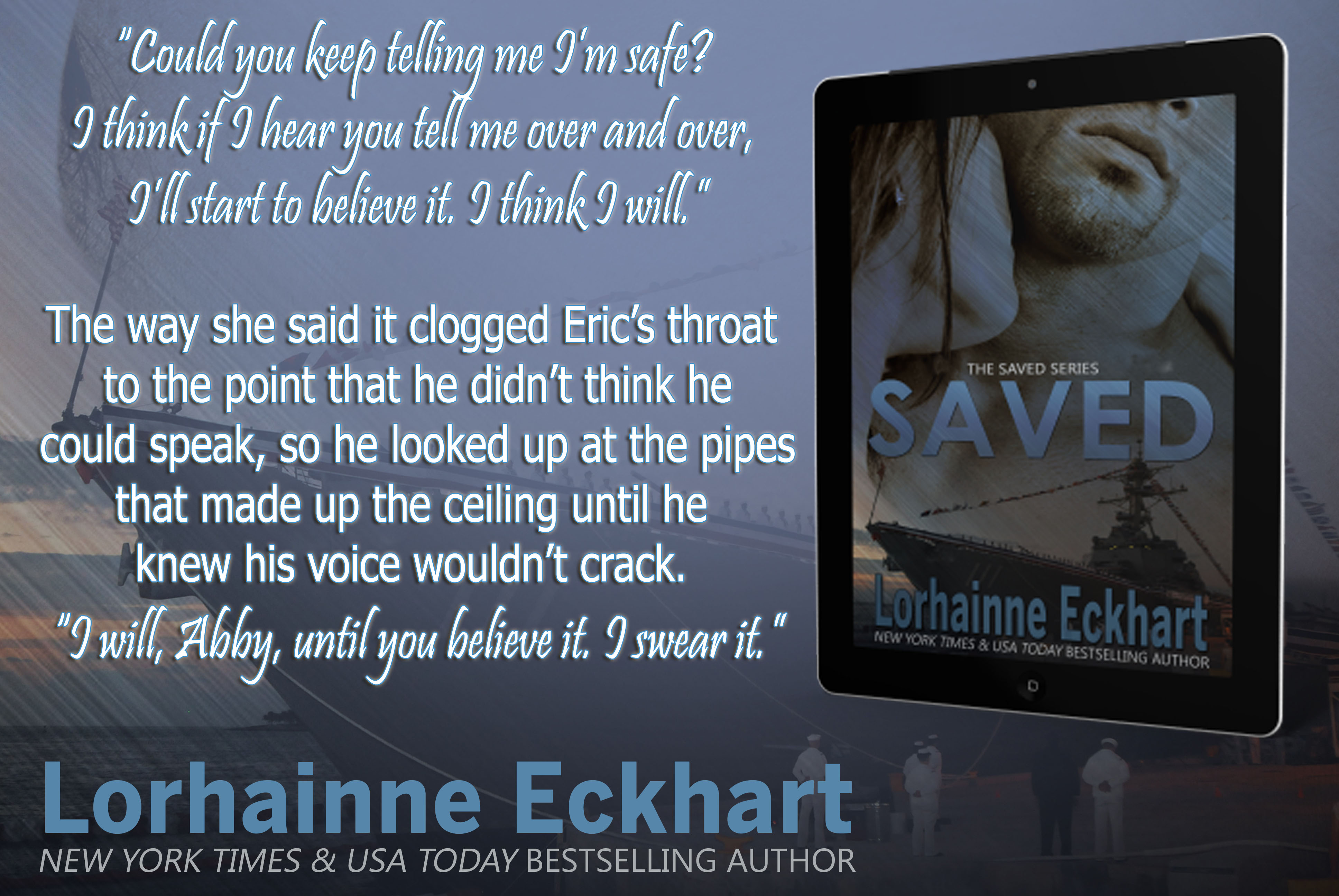 How does the next book in the series tie in with this one?

Vanished is the next book in the series. This is a great book that just won the 2016 Readers Favorite Awards for Suspense. VANISHED takes the readers into Abby’s perspective and the for the first time the reader can understand Abby, what she survived, the living nightmare she is dealing with. PTSD is very real, and it’s not just soldiers who suffer with this. How each person deals with this very tragic condition is different. This is Abby’s story.

You are a multi-award author who keep making it to Amazon bestseller status.  What is your secret to success?

Work hard. Never give up. It really is that simple. And, most importantly, you need to write every day. But writing is only a small part of an Author’s success. You have to learn the business, make social media your best friend and promote. Work it like a business.

Do you plot out your books before you start writing?  What do you do if the idea for the next book starts nagging at you, but you have to finish this one first?

As far as the next book nagging me before I finish the one I’m writing… that is something that happens often. There are times I have to stop writing my current story to write the  nagging idea for the next book and then I can go back and finish my current book.

Do you have any interesting writing habits? Where is your favorite writing spot? Where do you go to find inspiration?

I don’t think I have any interesting writing habits. I have an office I work in, with big windows with a great view of the ocean. But I don’t always write in the same spot. I will shift from my desktop to my laptop and move around and on a nice day will be outside on my lounge chair under an umbrella, writing.

As far as inspiration, I never go looking for it. I just wake up in the morning and I’m ready to write, my next story is ready to be told.

The best writing advice I received was someone who said if something isn’t working, don’t give up, just take a step back re-evaluate and come at it in a different direction.  This advice wasn’t given to me personally for writing, but it’s this sound advice that I apply to my writing and to my career as an author.

I have a super competitive side, and in the spring/summer I am part of a recreational dragonboat team and we compete. Yes I love to race, and I love to win.

As I promised all my fans, the next book in THE FRIESSENS, First Love, which begins with a new generation of the big family romance series my fans have fallen in love with. Katy, Brad and Emily’s oldest eighteen year old daughter has her life planned out, but not as her parents expect.

Katy and Steven have planned out their happily ever after. Marriage, family and a place of their own. A simple life living in a small town with big dreams. A life just like her parents Brad and Emily.

The only thing is life’s hardships soon threatens any future Steven and Katy have planned out together.

Read free samples of my work on Wattpad: https://www.wattpad.com/user/LorhainneEckhart