Lost in the Reflecting Pool: A Memoir

Lost in the Reflecting Pool: A Memoir
Posted on 23rd of May, 2018 by Naomi Bolton 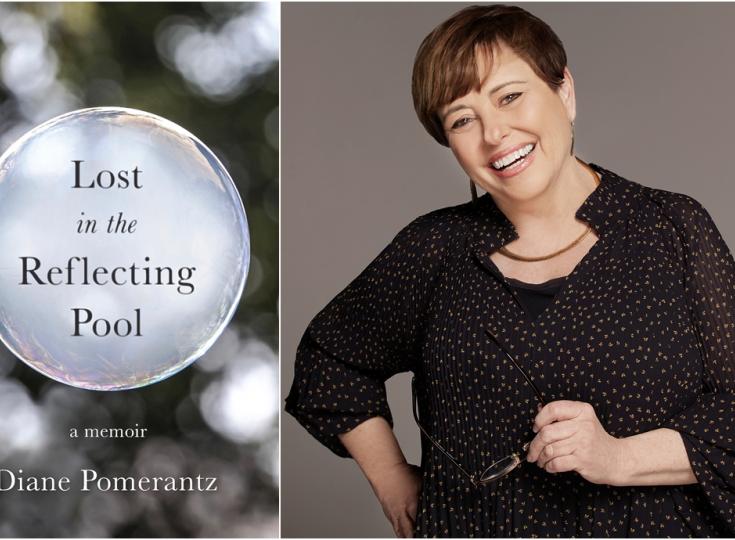 Dr. Diane Pomerantz has been a practising psychologist in the Baltimore-Washington metropolitan area for over 35 years. She recently published her memoir, Reflecting Pool, telling a story that is both tender and horrifying. It chronicles the psychological journey of her survival within and ultimate escape from an emotionally abusive relationship with a narcissist. As our Author of the Day, Pomerantz gives us a glimpse into what it took to write this novel.

Lost in the Reflecting Pool is a memoir about my marriage to a man who was interesting, brilliant, charming and a narcissist. It is the story of surviving in an emotionally abusive marriage while going through treatment for an aggressive cancer and finally breaking free and growing from the experience. A major theme in my book is how we neglect to pay attention to the things we do see, the clues, our own internal “watchdog,” which can guide us if we would only trust ourselves.

Why publish a memoir now? What inspired you to do so?

Process … from the very beginning it has been a process. I started keeping a journal in 1997 when I began psychoanalysis. I was married, we had struggled with infertility problems, finally had created a family through adoption and a successful IVF pregnancy, moved into a wonderful house and I was depressed. A year after starting analysis I was diagnosed with a very aggressive breast cancer. Initially I thought I would write about that journey. Little did I know that cancer would seem like an insignificant problem compared to the mind-devastating, gas-lighting betrayals and mind-tricks I was to experience within my marriage as I fought for my life medically. Little did I realize this had actually been going on for years, subtly … this had been my depression.

So, the focus of my writing changed …. it became cathartic; it was the raw expression of the pain and anguish that was my life. Finally, when I separated, I continued to write but with two children to raise and working full-time, whenever I returned to write, I found myself re-writing chapter seven over and over again … this went on for years. Once my children were in college, my writing became more focused, and with increased understanding came increased distance from the pain. The narrative of my life began to unfold, and then that, too, began to change. What’s been most fascinating has been the discoveries I’ve realized since my memoir was completed and published. The process of understanding and healing did not end when the writing was done. As a psychologist, I’m not new to psychotherapy … I have had a lot of it over the years, and since I have finished writing my memoir I feel more grounded than I have ever felt before. I discovered that having written my memoir continues to heal me in ways that astound me. I felt my story was an important story for many woman who all too often do not trust what they know in their gut to be true. That was why I wrote this book.

When did you suspect, for the first time, that Charles was a narcissist?

Probably not until the very end of the relationship … despite being a psychologist, when one is in the midst of a relationship one isn’t really thinking in “diagnostic” terms … at least I wasn’t … I thought of him as “sadistic” and ”crazy-making” but I really didn’t think in diagnostic terms until much, much later.

Your story explores heavy themes, such as dealing with psychological and emotional abuse. Why did you find this important to do?

The insidious damage caused by psychological/emotional abuse in relationships to all family members is profound despite there being no physical bruises or injuries … the trauma is significant and has lifelong impact on an individual’s ability to function. I felt it was essential to bring attention to this, to bring attention to the possibility for healing and to validate the experience of the emotionally abused.

What has the feedback to your book been like, so far? Have you heard from any readers who experienced something similar in their lives?

The feedback has been very positive. My book has received a number of awards and my reviews on Amazon and Goodreads are very strong. I have been contacted by many readers who have found the book to be very validating and helpful to them in their own healing journey.

Even though you had a lot of bad experiences in your marriage, you started out describing many of the happy moments. Why did you take this approach?

There were several reasons. First, no relationship is all bad and had the relationship started out with nothing good, I really would have been crazy to continue in it so the back story was important. Initially I didn’t include that but it didn’t make sense so I revised it. Also, in order to understand the narcissist, it is important to understand that they can be charming and engaging, so it was very important to show the flowers and the good-times in contrast to the sadism and gas-lighting and empty-shell behaviors.

In your memoir, you reveal very personal aspects from your life. Did you find this hard to do?

Definitely, which is why it took me so many years to write the book. I struggled with whether to write it as an autobiographical novel, whether to use a pseudonym, I changed things that I ultimately brought back to fact in the final memoir form … but it was a struggle. In the end, I decided that I wanted to take complete ownership for my story, it was an important part of my healing process.

Tell us more about the title of the book. Why did you name it "Lost in the Reflecting Pool"?

As with everything about writing my memoir coming up with the title was also a process. There’ve been many titles, mostly in the last few years of writing … I started writing my memoir about nineteen years ago, But the title that lasted the longest and was most meaningful, before the final title was Scheherazade’s Cancer. According to the tale of The One Thousand and One Nights, many years ago, the king of ancient Persia discovered that his wife had betrayed him. His distress and wrath was great and, he had his wife beheaded. He then vowed to marry a young virgin every day and ordered her beheaded after the wedding night! Finally, he had married and killed all the young women in the kingdom until his vizier’s daughter, Scheherazade, asked her father if she could marry the king. Her father was not pleased about this and tried to persuade her not to do it. But she had a plan.

Scheherazade was beautiful, well-read and intelligent, and she was a talented storyteller, able to weave together stories with lessons for her listeners. She married the king and on their wedding night, she told him with a tale that went on late into the night, but it was so late she couldn’t finish it and thus the king put off the beheading so she could finish the story the following night. The clever Scheherazade continued to weave ever more fantastic and adventure-filled stories, each night leaving the king waiting to discover what happened next. Her powerful storytelling thus continued every night, until the king eventually let go of his fear of women, fell in love with the beautiful Scheherazade … and in his unending love for her, allowed her to live ...

Scheherazade had a voice ... but it was her wiles that kept her alive ... for me, the first title of my memoir, Scheherazade’s Cancer, was my statement that I Tell My Story or Die ...(initially from cancer)…

But as I wrote I realized I had lost my voice in my marriage, I did not have the strong voice of Scheherazade, I was much more like the mythical nymph Echo in the tale of Echo and Narcissus ... I was truly Lost in the Reflecting Pool.

What advice do you have for other women who suspect that they might be married to a narcissist?

I am working on a novel Call Me Angel, a psychological thriller.