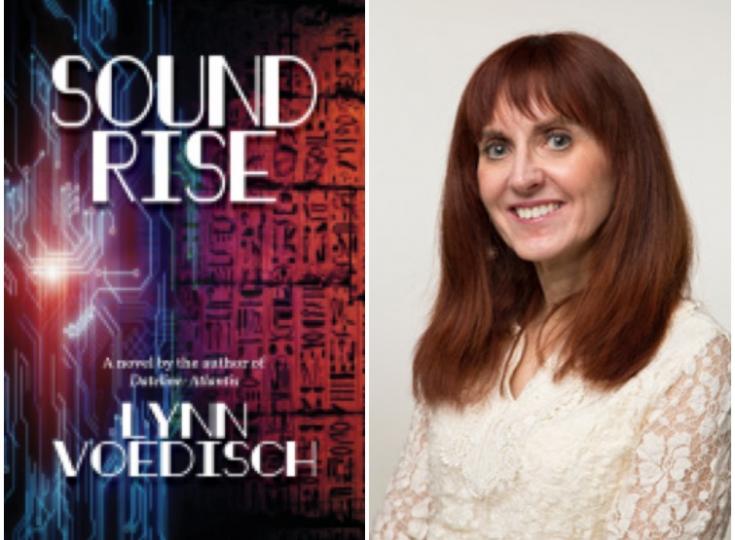 Lynn Voedisch is a Chicago writer who had a long career as a newspaper reporter and worked for many years at a big city metropolitan daily. She also did freelance writing in print and online. She lives with her husband and two cats, doing her writing at home now. Her son, an attorney, lives in the city. As our Author of the Day she tells us all about her book, Soundrise.

Please give us a short introduction to what Soundrise is about.

Derek Nilsson is a computer programmer who suddenly hears a voice on his machine. It causes him to follow some fascinating data that is supposed to move solid objects by sound alone. The voice (that becomes a correspondent) leads him to a cabin in New Mexico where he encounters a woman claiming to be an Egyptian goddess who has discovered the secret too. He ends up in a thrilling encounter with an evil group that is trying to use the data for destruction. Derek has to use creative, dazzling technology to stop them and forever end the influence the goddess has over him.

What inspired you to write about an elite programmer who is lead by a voice on the internet?

The inspiration was listening to my husband, a Ph.D. in computer science, working on his computer at night. I simply imagined what it would be like to suddenly hear a voice come out of the computer, which my husband had such a connection to. What would it be like for a young man who was completely devoted to finding a batch of valuable data and stayed up night after night?

Tell us more about Derek Nilsson. What makes him so special?

Derek in many ways is not special at all. He’s the typical computer nerd who spends all his time coding and checking the Internet. He has no social skills at all, which makes it difficult when he meets a woman who has an attraction to him. What makes him different is his passion for mystery hunting, which drives him to find the data that is presented to him by what many would consider supernatural forces.

How much research did this require from you?

A lot of the tech I just talked with my husband about, but I had to do a great deal of research on the construction and symbolism of the Egyptian pyramids that figure in the book. I also needed to learn about the building of the new dam in Ethiopia, which threatens to drown much of upper Egypt. Ancient Egypt has been an obsession of mine for years, especially the roles of females in their myths and society. One odd thing I had to research was the protocol for visiting an inmate at a low-security penitentiary. I got that info from someone on the Internet who had once been incarcerated.

What did you have the most fun with when writing Soundrise?

I had a lot of enjoyment writing the scenes that involved Swedish customs and Derek’s Swedish family. Coming from a Swedish family myself, I’ve never read a book that focused on Swedish-American culture and I wanted to share my Swedish heritage with readers.

I sing. For a time, my husband would play guitar and I would sing songs from the Great American Songbook. I have also sung with choirs. Right now I’m resting my voice. But we have an idea for performing together next summer. I also was a devoted tennis player, but too many injuries finally took me out of the game. I used to go the the US Open every year, but now I’m content to follow tennis on TV.

Why did you decide to weave Egyptian Mythology into the story?

I seem to weave Egyptian mythology into everything I write! In “Soundrise” Egypt and the data Derek finds are inextricably intertwined. I realize that I may be going overboard on too much Egypt in my writing, so in my next work-in-progress, when I found myself writing about Egypt again, I started working to rewrite the whole thing, replacing Egypt with Rome. 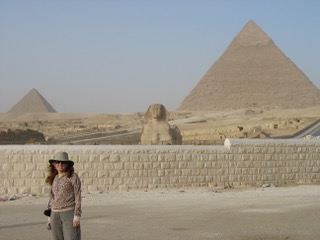 Actually, I didn’t have a challenge with any of them. But one character showed up unannounced. Boone Sandstrom just bumps into Derek in the vestibule of Derek’s apartment and starts taking over. He wanted to be in the story and I just let him barge in. He turned out to be one of my most beloved characters.

You worked as a newspaper reporter for many years. How has this influenced your writing?

Being a newspaper reporter meant I knew how to write concisely on deadline. So when it came to doing books, I didn’t have any problem making myself work. I did have to learn how to allow more description into my work, because that’s the kind of thing that copy editors always took out of our stories. Writers’ groups were a big help in getting me to work on description and more analysis of how my characters felt.

Are you a plotter or a pantser? Do you plan out your stories before you start writing?

I’m definitely a pantser. I think that outlining takes all the fun out of creative writing and makes it feel like writing papers for school. All my planning goes on in my head when I sit down at the computer. I also do the first draft in longhand, then type it in, which makes the computer version a second draft. I feel that writing in longhand makes my writing more tied to my inner self.

I tend to dream out scenes in bed at night. Then in the morning, I get up mull over what I came up with and write what I have dreamt in the afternoon. I’m not a morning person, so all the writing I do is in the afternoon or evening. There is no such thing as an average writing day for me. Sometimes I sit down and work for hours. Sometimes I let days go by. When a book comes out I spend a lot of time on marketing and my writing has to take a vacation. I definitely am not a 9-to-5-every-day writer. 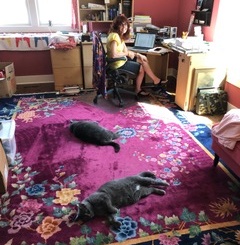 I am doing a romantic fantasy in which two lovers dream of their relationships together in different historical eras (yes, Egypt is in there, but briefly). Then, in modern-day life, they are hired for the same job that requires travel. They recognize each other from their dreams and then travel to all the places where they were in love. Someone tries to separate them though, and that’s where the drama comes in.

I have a website, www.lynnvoedisch.com, where all my books are listed with descriptions of each one. They also can make comments on the website.

They can reach me at [email protected]. I’m on Facebook and Messenger and moving onto Instagram. I also have a newsletter. Readers can send me their email addresses and I’ll add them to the list.