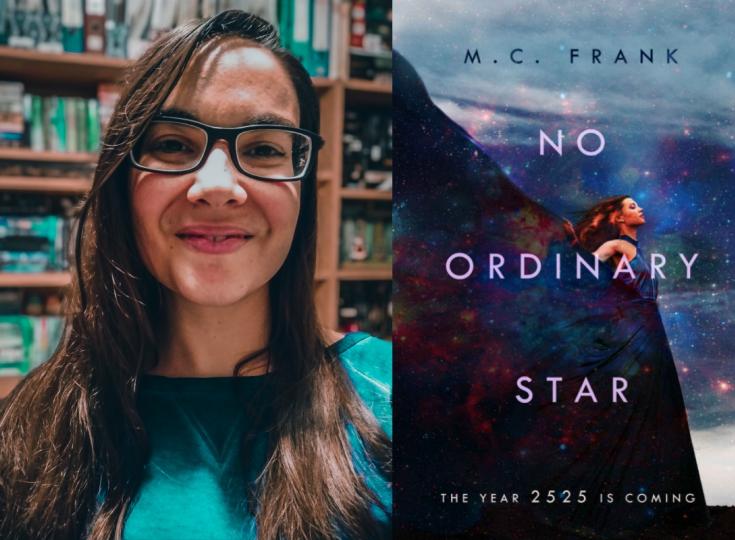 M.C. Frank (writer, reader, designer, physicist and teacher, to name a few) has been living in a world of stories ever since she can remember (that's before she knew how to write). She started writing them down when she could no longer stand the characters in her head screaming at her to give them life, and while those first scribblings weren't exactly good (nor were they books, although she insisted on calling them that), they were enough for her to discover her passion in life. She got her university degree in physics a few years ago (yes, she's like Sheldon, only a bit crazier!) and is now free to pursue her love of reading and writing, as well her free-lance job as editor-in-chief. She lives with her 'dude' in a home filled with candles, laptops and notebooks, where she rearranges her overflowing bookshelves every time she feels stressed. Which is often, since (as you might have noticed) she doesn't pick the easiest subjects for her novels. As our Author of the Day, she tells us more about her book, No Ordinary Star.

Please give us a short introduction to what No Ordinary Star is about.

No Ordinary Star is set in a futuristic world where almost everything is covered in ice and Christmas, books and kisses are forbidden—among other things. It is the story of a soldier, a hunted girl and a clock.

What inspired you to write about a land where Christmas no longer exists?

The setting and the importance of the message of Christmas were the main inspiration for the story, especially since Christmas is forbidden and forgotten in the book. No Ordinary Star’s world is a utopia turned dystopia, and a big part of the reason is that love and faith no longer have a place in that world. So in a way, it is a revolutionary action to celebrate Christmas in No Ordinary Star.

Why did you pick 2524 as the backdrop for your story?

My story is set in the year 2525. The inspiration behind it is a song by Zager and Evans, which describes how we, humanity, will be robbed of everything that makes us human in both the near and distant future.

Tell us more about the Clock.  Why did you write this into the story?

The ‘Clock’ seems to be such a main attraction… Everyone is curious about the Clock. You’ll have to read the book to find out what it is!

Did you plan from the start to make this a trilogy? How do the three books tie in with one another? 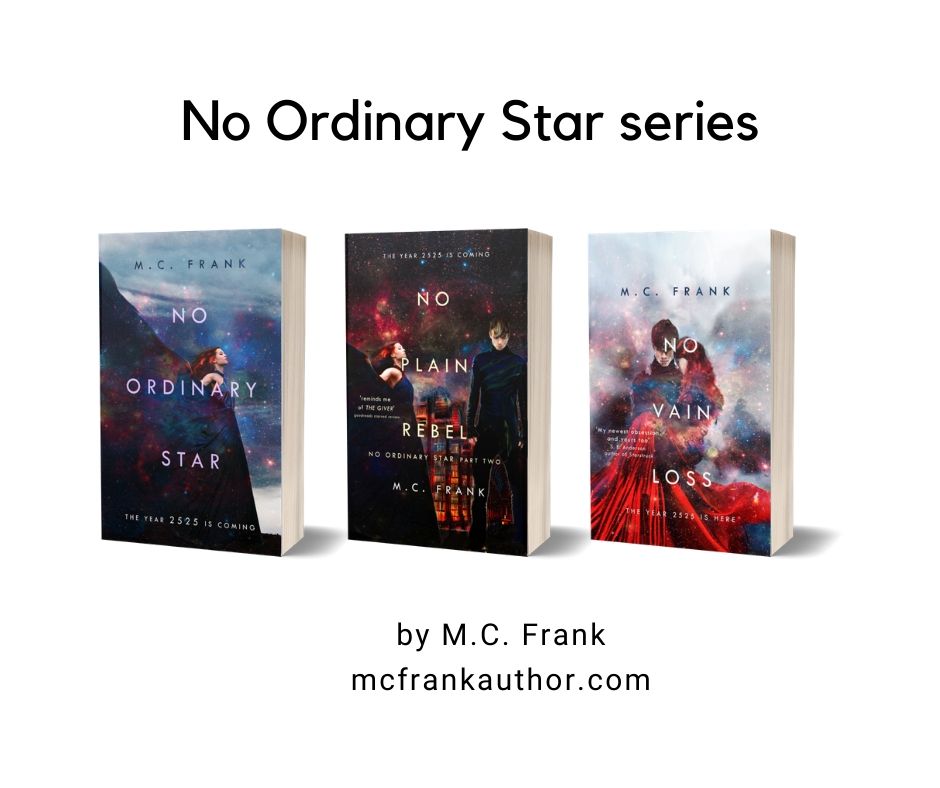 In real life, do you believe that love conquers everything?

This is a very interesting question, because everyone has a different concept of what ‘love’ is. Personally, I believe that the kind of love I write about in my books is the most powerful force in the world, but I find that not everyone’s idea of love is the same as mine.

Oh, I don’t know if it’s a secret, but I am also a physicist. That seems to scare people, but I promise you, it’s quite fun. My other superpowers include reading up to 3 books per day, playing the piano and annoying my siblings.

Tell us more about Felix.  What makes him tick?

Felix is the protagonist of No Ordinary Star. He has had a very rough childhood, but doesn’t remember most of it. He has grown up to be one of the best lieutenants in the military force, and has risen through the ranks swiftly due to his intelligence and skill. But his world turns upside down when he receives a message that asks him to disobey his orders and strike out on his own. He would ignore it, but according to the secret message the future of all humankind may depend on him. He hates not following the rules, and he hates following them. So, Felix is caught between this inner dilemma. He is very much a tormented character with a heart of gold buried deep, deep, deep inside him.

What makes Astra so special?

Astra is also the protagonist of No Ordinary Star. I don’t know if she is ‘so special’, as I don’t really write characters who think of themselves as special. But she is unique, just like every human being is, and has both weaknesses and strengths. She is in great danger at the opening of the book, and things become worse for her as the story progresses. For example, she has never read a book in her life, since there are no books in her world. But she has a warm heart, an intelligence that can easily compete with Felix’s, and she is brave beyond words when she has to be. Now that is a superpower, in my opinion.

Every kind of writing is a challenge, especially when a writer is trying to put into words the very complex universe they have created inside their imagination. But I have studied a lot of science fiction books, like the works of Margaret Atwood and Ray Bradbury, and I honed my craft for years before attempting to write No Ordinary Star. 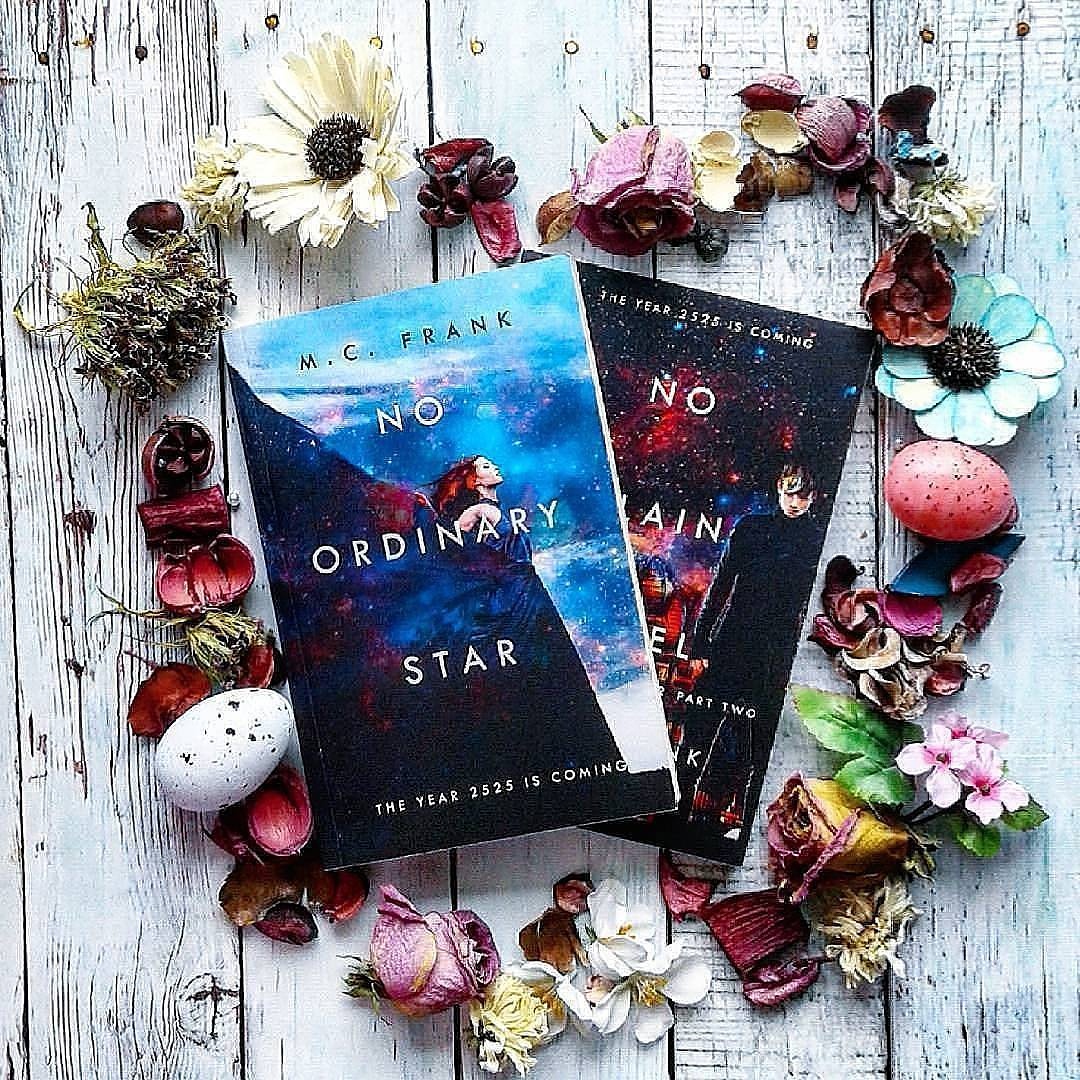 Why did you title this book No Ordinary Star?

It comes from a specific line in the book.

My ideal writing day is just waking up, grabbing my laptop and writing all day until I wonder why my wrists hurt and I can’t see straight, and only then look down to see that I have written 20k words. But a real writing day unfortunately differs greatly from this dream. There is my day job, which claims a big chunk of my time, the dude (my husband) who occasionally has to be fed, and tons of other responsibilities. I am a vampire writer, writing from midnight until the early hours of the morning.

I am working on my Outlaws series, a reimagining of the legend of Robin Hood, as well as a Beauty and the Beast retelling.