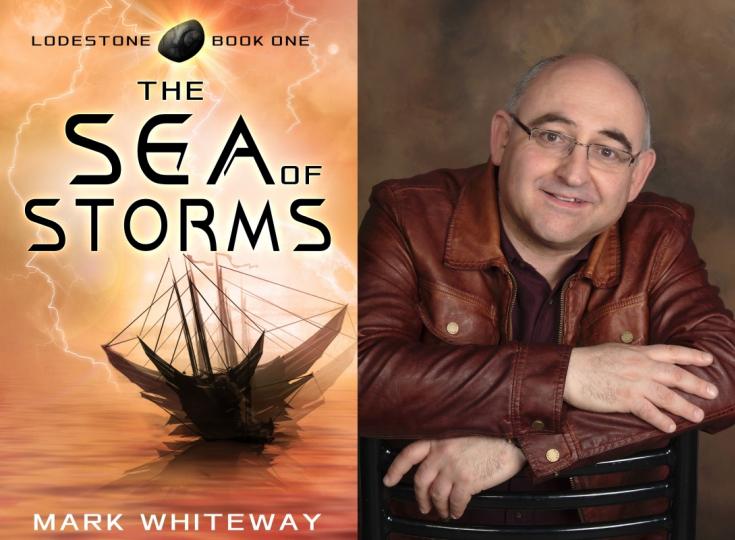 Writing SciFi has been a long-held ambition for Mark Whiteway. As a kid, he read everything - H.G. Wells, Jules Verne, Robert Heinlein, etc., etc. At twelve years old, he wrote a novella. Following that, life intervened, and it was only in April '09 that Mark determined that he wanted to get back to writing. He had several ideas running around in his head for some time, of which the Lodestone concept was probably the strongest. As our Author of the Day, he tells us more about the trilogy.

Please give us a short introduction to what The Sea of Storms is about.

The Sea of Storms is the first in a set of six books centered on Kelanni – a planet in trinary system.

“On the planet Kelanni, life is cheap. With the aid of the fearsome "Keltar" enforcers in their flying cloaks, a ruthless invader is forcing the native people to mine the colloquially named "lodestone" - a substance from another universe with infinitely destructive power. The only ones who can stop him are a tiny girl with a fiery disposition, a former Keltar, a failed revolutionary, a musician and the mysterious creature, Boxx, who seems to speak only in riddles.”

Why did you create the planet Kelanni as the backdrop for your story?

Kelanni is tidally locked around a red dwarf star which creates a permanent weather barrier (The Sea of Storms of the title) which divides the planet in two. No one has ever seen what is on the other side!.

Does writing about surreal worlds pose any particular problems?

Yes. Remembering everything! As the world of Kelanni grew with the story, it almost needed an encyclopedia to go with it! What did Annata say during her first speech back in Book One? When did the revolt at Persillan take place? What does a raleketh look like etc, etc? I often forgot the details and had to go back and double-check for accuracy and continuity. Working on a project that size was a definite challenge!

What inspired the concept of "lodestone", a substance with infinitely destructive power?

The basic idea came from Einstein. His Theory of Relativity predicts a number of strange consequences for our understanding of reality. One of these is the possible existence of negative matter. Although negative matter has never been found, we know from the math involved that it would have some highly peculiar properties, Including negative gravity and negative inertia. My thought was “What might happen to an alien society that was exposed to a source of negative matter and the power it offered?” The result was flying cloaks, engines that run without fuel and the Lodestone series of books!

This is part of a trilogy. Can it be read as a standalone?

Yes, but beware - it has a cliff-hanger ending designed to draw you into Book Two! 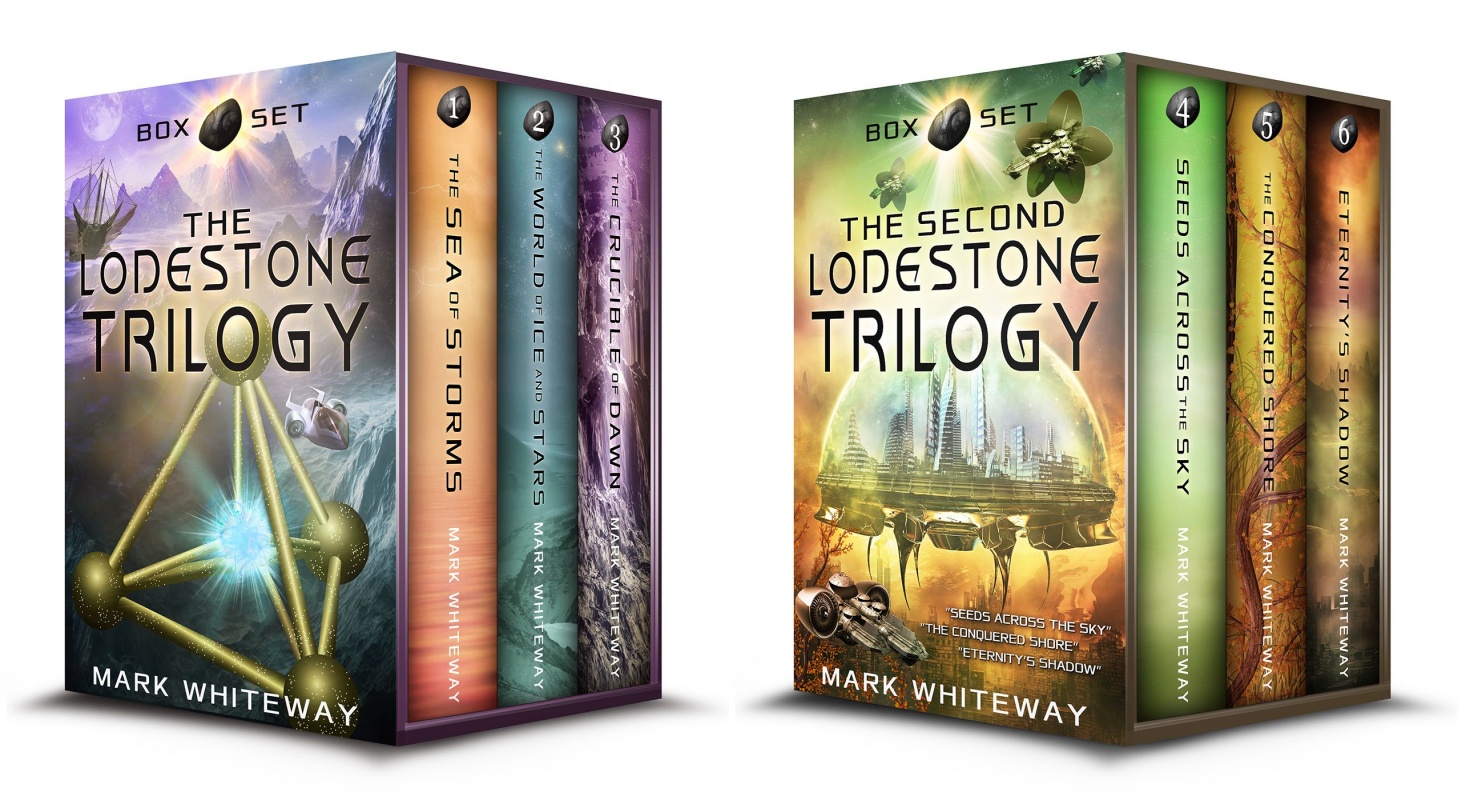 I always wanted to be an astronomer. Looking up at the night sky always fired my imagination. As a kid, I memorized the map of the night sky and could name all of the constellations and principal stars. My Dad wrote to NASA about my fascination and they generously sent me a whole load of literature on manned space flight. We did not have much money, so he built me a handmade refractor telescope from old plastic tubing and lenses. It was my window into the universe!

I was also the ultimate bookworm. I read everything – R L Stevenson, C S Forrester, Edgar Allan Poe. Then I moved over to Wells, Verne and Heinlein as well as John Wyndham and John Brunner.

The Sheer freedom of Science Fiction lets you literally go anywhere in space and time! In my Arc of the Universe series, the Elinare can transport you to anywhere you have ever known or heard of. It was story mechanic I loved and used to the full! So Quinn ends up at the Alamo, the London Blitz, the Irish Uprising of 1920, the Minotaur’s Labyrinth and the Ninth Circle of Dante’s Inferno!

Actually, the first-ever work of Science Fiction is generally considered to have been the classic “Battle of Dorking”, written in 1871 by the Englishman George Tomkyns Chesney. It will probably shock you to know that I have written a follow-up! It’s a 5000-word short story, as yet unpublished, which takes Chesney’s story forward. So far as I know, I’m the only writer ever to have attempted the conceit of following up the original Chesney classic! As yet, only a handful of people have read it. It’s my best kept secret!

All the time! The most mind-bending instance is when they die on you. That happened in my last completed book, Carrie Anne’s World. It was a real shock, but it added to the story!

Without a doubt, the Chanadara, Boxx, because his thought processes are completely alien, and I had to get my head around that. He’s often shouting something vital to the others, but they can’t understand him. However, most people tell me he’s their favorite character, so that makes it worthwhile!

People have compared your work to that of Larry Niven, Ben Nova, and JRR Tolkien. Who would you like to name as influences?

Paul Kearney and Roger Zelazny. At their best, both are utterly brilliant. Zelazny has a fantastic imagination. Kearney writes a lot about the sea with a “you are there” feel, which is why my first five books all have a ship somewhere in them!

What is your favorite line from The Sea of Storms and why?

“You and Keris are like two pieces of refined lodestone, repelling each other, yet unwilling to admit how similar you are.”

It’s my favorite line because it neatly sums up the two main characters.

I do most of my writing on the sea shore or down the pub!

A standalone novel called “Whipstitch”. I have about 24K words under my belt so far. Like Carrie Anne’s World, it has a strongly environmental theme, but it’s a very different story. It’s also the scariest of my books so far! 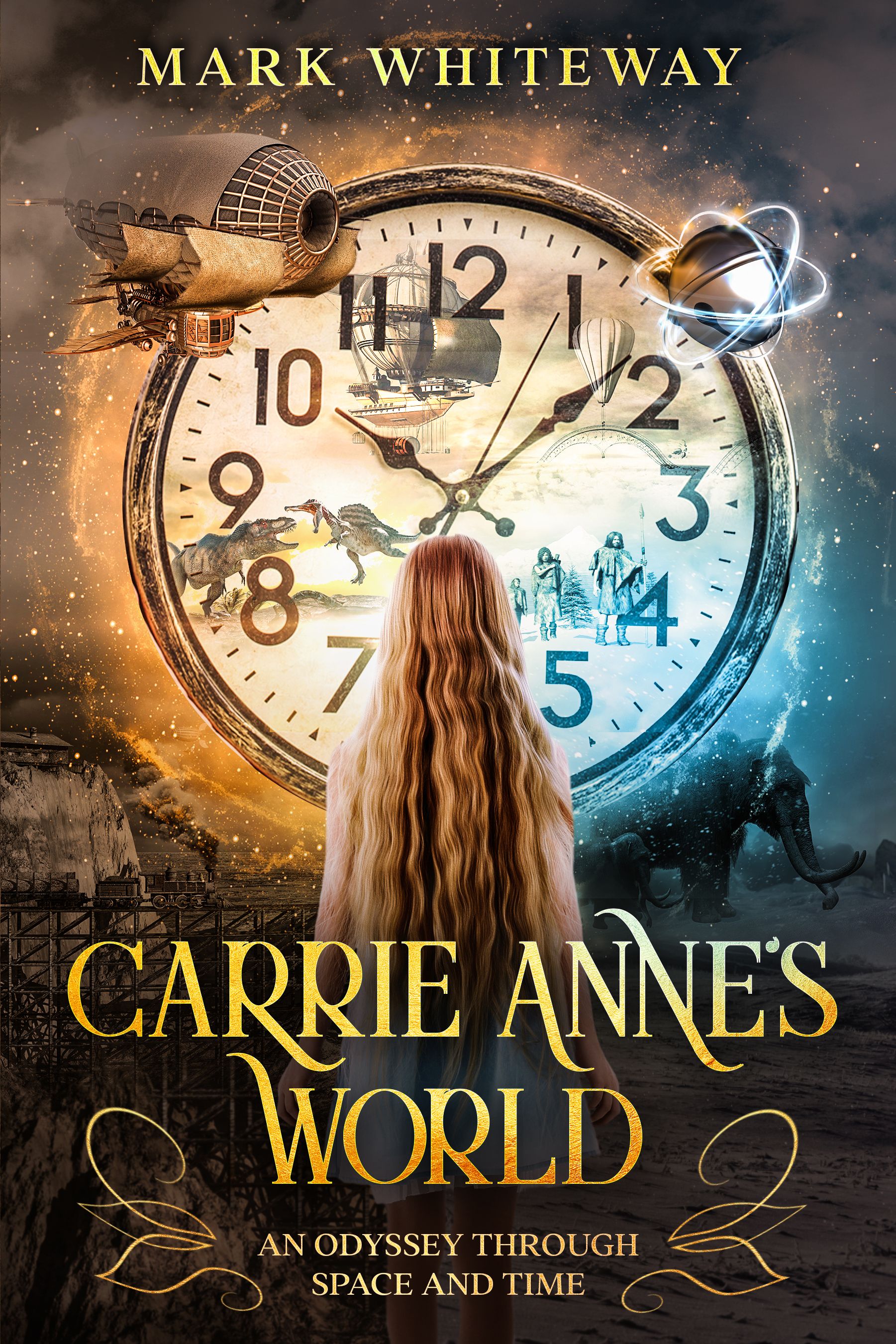 Pop along, play the video, check out the blog and join the newsletter!