Well-educated and well-travelled are just two adjectives that apply perfectly to Marlin Desault, author of Shroud of Eden. In his debut sci-fi novel, he draws upon his background in foreign languages, the military, electrical engineering, advanced physics and aerospace to create very realistic worlds and events that keep readers at the edge of their seats. Desault is an avid reader of anything unusual in fiction - from sci-fi to historical fiction, but he admits that he is not into magic and supernatural stuff. When he is not writing, Desault loves to ski the Californian Mountain ranges or sail the Caribbean seas. At times he will grow silent in the middle of a conversation, and then you can know that a new idea for his book is taking shape.

Shroud of Eden is quite an epic and intriguing book. How would you describe it in a nutshell?

Shroud of Eden is the clash of two radically different societies on an interstellar scale. One, protected by a nature, is a peaceful non-aggressive society where no one seeks to dominate another. The other is an aggressive society with warlike tendencies and where domination over others is an imperative that fuels adventure and expansion to the stars.

What drew you to write science fiction?

I was always fascinated by astronomy, and I loved to read. These interests unsurprisingly resulted in a love of science fiction. In graduate school I studied engineering and my curiosity about how things work was satisfied by my courses in advanced physics and math. When I started writing I combined my early reading interests with my study of science.

Writing science fiction requires the writer to decide how speculative his story will be, and the reader must decide how much speculation he is willing to believe. Science fiction readers can be very critical of stories that violate the ordinary laws of physics, but they seem to accept speculation of what might be discovered in the future. Writers of interstellar science fiction often take liberties with established science in faster than light travel by speculating that science of the future will find a way of traveling at such speeds.

Shroud of Eden is your first published book. How does it feel?

I love the idea that others find my stories entertaining. I hope they might also discover some insight into the human condition. 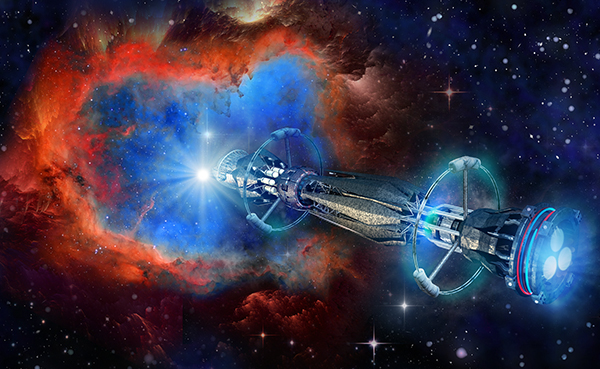 Have you always wanted to write a series? Why did you choose to do so now?

When I started Shroud of Eden I had no intention of writing a series, but my publisher, Evolved Publishing, proposed a contract for a three book series based on the story. I thought about it and came up with a few ideas. I gave them to the publisher and we closed the deal.

How much of an influence would you say does your military background in the US Air Force have on your work?

My military background was in intelligence, both working in the field and analyzing information from other sources. What I learned gave me a perspective on how great powers might act in times of stress and war. This perspective drove me to ask myself a number of ‘what if’ questions. In the end I concluded that most governments tend to take on the personalities of their leaders with all the same flaws and strengths.

Are any of the events in your books inspired by personal experiences?

Yes, some of the events are indirectly inspired by my observations of the personal experiences of acquaintances, specifically the part where a person must leave his homeland and live in a strange land without hope of ever returning

I am intrigued by Isaac Newton, a man of science and the practical applications of science. His brilliance showed in many different fields and in my opinion he was a true renaissance man. 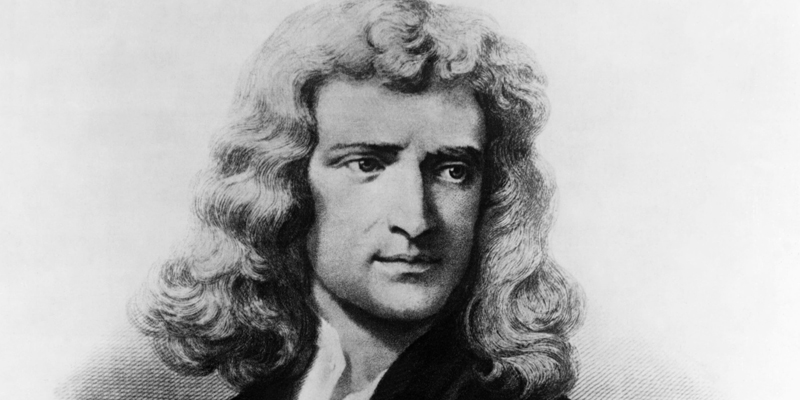 Although your book is all fiction, the science behind it is very believable. How hard was that to pull off? Did you need to do a lot of research?

Yes, I did quite a bit of research. There were instances in the story where I had to step back and think out a solution that didn’t violate elementary laws of physics. Occasionally I needed a week or more to work out a believable resolution to a problem one of my characters encountered. My most difficult instance involved time travel. The grandfather paradox argues against time travel into the past. There doesn’t seem to be any logical contradiction to travel into the future. Since several of my characters travel into the future and the story line required they return to the present I had to search out a believable solution. I found an answer in Goedel spacetime where closed timelike curves allowed for time travel into the future and the past. I wrote Goedel’s spactime ideas into the story.

You write about characters from strange worlds and with different cultures and customs than our own. How do you manage to make them so relatable?

During my intelligence assignments I spent many years in Europe. I lived for several years in Germany and Italy. My observations of the differences of cultures was a great help in building the worlds I write about.

How close is the final story to your original intent and what, if anything, caused you to deviate?

My original intent was to write about time travel. I was encouraged by a fascinating little non-fiction book titled Four Laws that Drive the Universe by Peter Atkins. I read other books about the how entropy and time are related. As the story progressed, I saw other directions for the story and chose the more interesting ones.

How many books are you planning for the Panhelion Chronicles? How do you keep track of all the different nations, worlds and factions you are creating?

As far as keeping track of details I keep notes on the descriptions of places and characters. I also write notes on solutions and events.

Where is your favorite spot to write or find inspiration?

I write mostly on my word processor in a small upstairs room where I have a view of the Simi Hills in southern California. If my computer isn’t at hand, I’ll write parts of my stories in long hand in notebooks I carry with me. Sometimes friends and family will notice I’ve gone quiet. They know I’m writing something in my head and they generally indulge me for a few minutes. 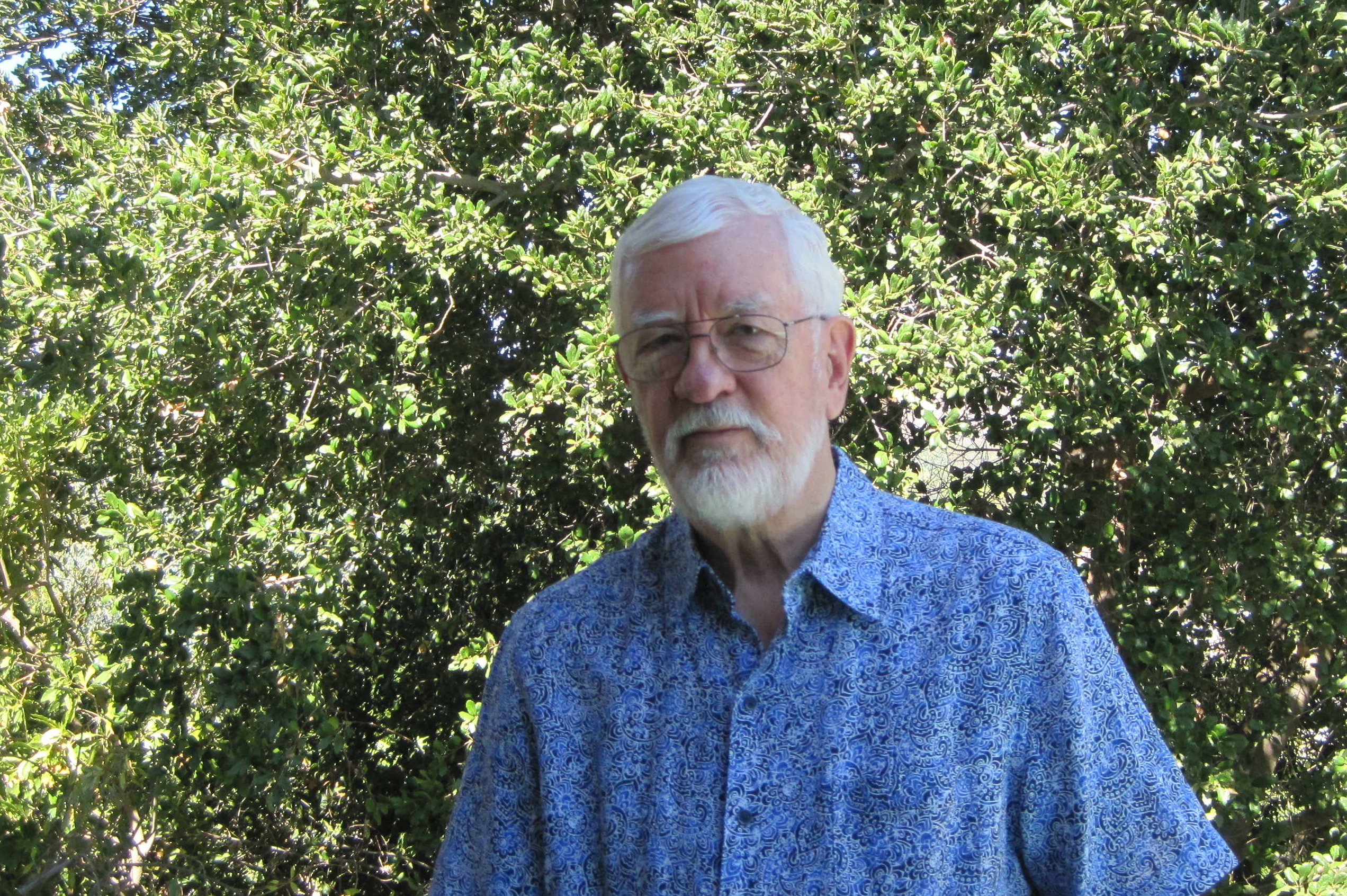 What was the toughest part of writing Shroud of Eden?

For me the difficult scenes were the scenes of courtship and love.

When can readers expect to see The Vanquished of Eden on Amazon? What would you say is the big theme in this book?

I expect The Vanquished of Eden will come out of content and copy edit and appear on Amazon in March or April of 2017. The theme might be described as: a powerful and old regime struggles against a new generation to survive in a changing world, while the new generation finds allies in those who were once thought to be enemies.

Where can readers discover more about your work?

Readers can find more about my books on my website at marlindesault.com and on my publisher’s site Evolvedpub.com