Matt Ryan - Writing About Alchemy, Friendship and Rivalry
Posted on 27th of July, 2016 by Naomi Bolton 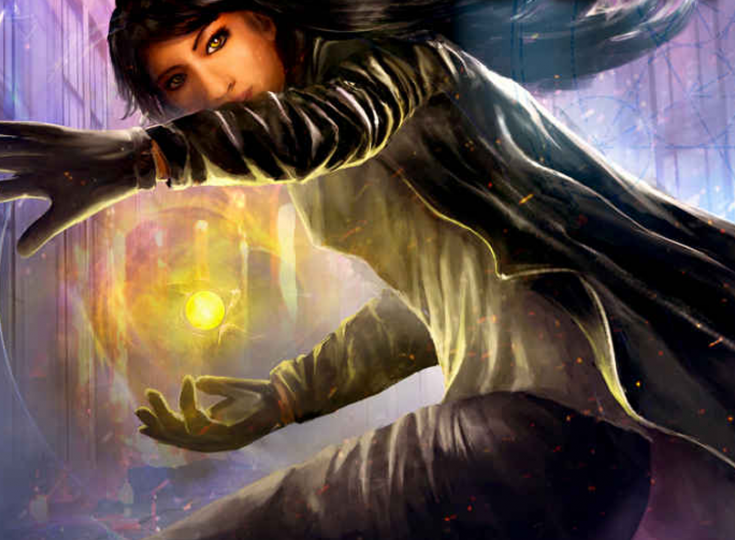 Since releasing his first book in February 2015, Matt Ryan has published ten books, including the bestselling Preston Six series. His fans were thrilled when he announced his second series, the Alchemist Academy, which takes place in the same world. Today Ryan reveals why he created such an unique magic system for this series, why the teachers at the Academy are so ruthless and how Allie's character came to be.

Please give us a short introduction to Alchemist Academy

Certain people in the world have the ability to mix different ingredients and create magical like stones. Allie Norton has no idea she has this ability until her new neighbor, Mark, introduces her to it. Captivated by this new ability, she jumps head first into the world of Alchemy ignoring all the warnings from Mark.

What is it about alchemy that fascinates you?

I love the idea of taking different ingredients and imagining what magical properties they could create. Then seeing what the characters do with these objects. For instance, diamond dust mixed with other items can create memory loss. They might want to use it on themselves to forget a tragic moment in their lives.

How did you come up with the concept of a different type of magic - making stones with various powers?

I wanted an object to be created instead of the magic coming directly from them. This creates a world where stones are a commodity and when a stone of great power can be stolen, traded or used by others, it brews up all kinds of evil and good uses for them.

The students are taught at the academy in quite an unconventional way.  Why did you pick this approach?

In this world, stones can be created while harnessing an emotion. The easiest emotions are our most savage - hate, lust, fear, so the Academy uses these emotions to get the students to create more stones. Some find this Academy disturbing, but there is a reason for the madness, I assure you. Through the entire series, this idea of what it takes to make these stones is explored.

How did you manage to make the character of Alie so relatable?

I think many of us have felt like an outsider at some points in our life. Often we want to be part of something big, especially in our youth. Allie's bright-eyed enthusiasm and excitement in finding something bigger draws her in even as there are many danger signs around her.

The book deals a lot with competition and rivalry between students, while the teachers aren't really interfering.  Do you think having some competition in school is a good thing?

Nothing like what's going on in the Academy! I would yank my kid out of there right away. Overall, I think competition is a good thing

What inspired the Alchemist series? And did you plan it to be a series right from the start?

I have another series, The Preston Six, and it's this huge world jumping epic, but there is this point, in about book 5, where I thought of this other world that would mix with the Preston Six world. I started with a single idea of a woman and who she was and then worked backward from there, until I found Allie, riding a bike with a  sidecar with her little mean brother in tow.

What was the experience like to come up with a brand new series after the Preston Six series?

Alchemist Academy is really fun to write. I loved getting into the first person POV with Allie and see where the story goes. It's a much different story than the Preston Six but the same feeling is there of friendship and adventure.

Your books are real page turners.  What is your secret to keeping readers wanting more?

I try to make each chapter matter and I don't like to write out pages of description because I know my reader has an amazing imagination. Plus, I want to bring the reader along with me on a journey. Show them the strange and hopefully interesting worlds I see through the eyes of my characters.

Yes, you have to have rules or you would have a chaotic mess. The process I use is powers must come with consequences. The greater the power, the bigger the consequence.

If you could have a drink with any author, living or dead, who would it be and what would you drink?

What are you working on now? When can we expect the next book in the series?

I have a Space Adventure book coming out in a few weeks, Warship Independence. AA book 4 is projected to come out later in the year.

You can email me at [email protected] or hang out with me on Facebook. Authormattryan. Love hearing from readers or other authors.