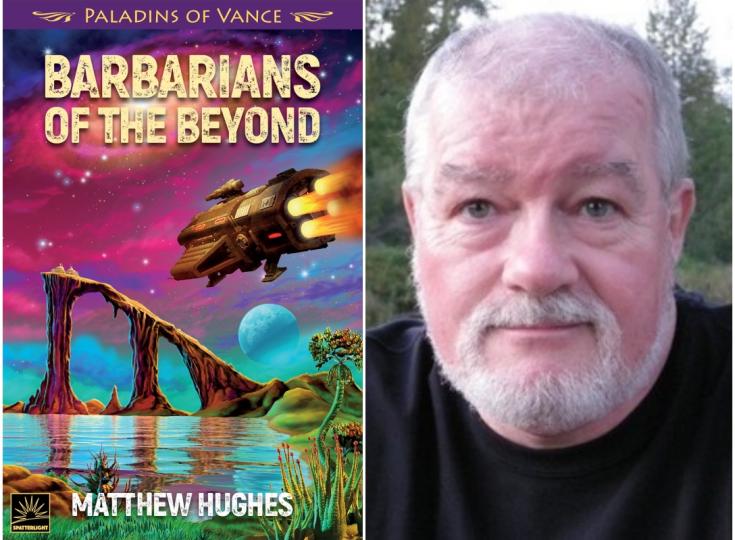 Matthew Hughes is a Canadian author of science fiction and fantasy. He is known for his excellent speculative fiction novels. His magnum opus is What the Wind Brings, a historical novel with magical realism elements.  It was the first Canadian work to win the international Endeavour Award.  He waited more than forty years to write the novel, and spent a year composing several drafts, made possible by a $25,000 grant from the Canada Council for the Arts. His major influence as a writer of speculative fiction is the Grandmaster Jack Vance.  Booklist has called Hughes Vance’s “heir apparent.”

In 2021, Vance’s estate (Spatterlight Press), published Hughes’s Barbarians of the Beyond, an authorized companion novel to Vance’s iconic revenge series, The Demon Princes.  The book prompted George R.R. Martin to say, “Hughes does Jack Vance better than anyone except Jack himself.”

In 2020, he was inducted into the Canadian Science Fiction and Fantasy Association’s Hall of Fame.

Before turning to writing fiction, he spent three decades as the top-ranked speechwriter in British Columbia, writing for leaders of all three provincial political parties and CEOs of the province’s largest corporations.

Since 2007, he has traveled the world as a housesitter, living in twelve countries. As our Author of the Day, he tells us all about his book, Barbarians of the Beyond.

Please give us a short introduction to what Barbarians of the Beyond is about.

It’s a companion novel to the famous series of five novels, The Demon Princes, by the late science fiction grandmaster, Jack Vance. It’s part of a publishing series called Paladins of Vance, authorized and published by Jack’s son, John Vance, through his Spatterlight Press imprint.

I have long revered Jack Vance, whose work I first encountered in 1962, when I was thirteen years old. I’ve been reading and rereading him ever since, and he has been a major influence on my own work.

Why did you pick Mount Pleasant as the backdrop for your story?

Mount Pleasant was the name of the settlement on a planet out in the lawless Beyond that was raided by five master criminals, the “Demon Princes,” who carried off almost the entire population of 5,000 settlers to be sold as slaves. My thinking was: what happened to those people? Did any of them ever escape from bondage? And what happened to the ghost town they left behind? 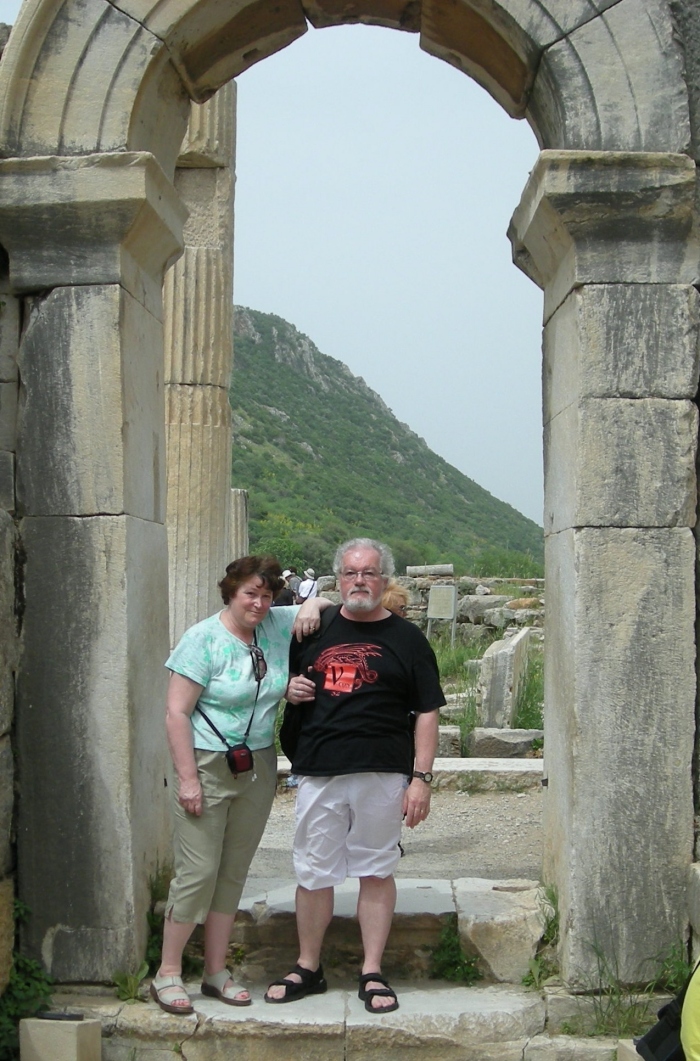 I can play the piano well enough to fool some people into thinking I could play at their wedding. I was a pretty good political tactician when I worked on Canadian election campaigns. Otherwise, writing is just about all I’ve got. I’ve been a professional for more than fifty years, and used to be the top-ranked speechwriter in my market, British Columbia.

One reader said you managed to capture that special "golden age" feel in which mankind has traveled far into the stars, yet still behaves as though it's the Wild West. How did you pull this off?

I let myself be influenced by watching decades of westerns in which small towns are run by ruthless cattle barons and outlaw gangs who intimidated or bought off local law enforcement.

Why fantasy and sci-fi? What drew you to the genre?

Nobody in this story is exactly who they seem to be, and there are no morally-pure characters. Why did you create them this way?

Because they’re more interesting than Snively Whiplashes and Dudley Do-Rights. Readers can’t preduct what they’ll do next and my kind of readers like that.

Readers have compared your work with that of Jack Vance. Are you a fan?

Totally. See the answer above.

Interesting cover. Please tell us more about how it was created.

It was the work of the artist Tiziano Cremonini. I was asked for my opinion and said that what we needed was full-tilt, old-fashioned space opera. The publisher agreed and that was the message passed on to Tiziano. He delivered a number of approaches, and the one we used was the one everybody agreed was bang on target.

What did you have the most fun with while writing Barbarians of the Beyond?

Having such a well-defined universe to work within. Vance was a genius of space opera who built a literary palace for me to wander around in.

Well, it’s not really my world, so the rules were that it all had to fit seamlessly into Vance’s creation of the Beyond and the Oikumene (the civilized part of human-settled space).

What is an average writing day like for you? Do you have any interesting writing habits?

I spend my mornings reading the papers online and answering correspondence. I write most afternoons. Probably the most interesting aspect of my writing habits is that I do not outline my stories; I start with a character and a situation, then make something happen that causes trouble for the character, and see where it goes from there. I’m told that Stephen King does it the same way.

I believe that story comes out of character and that plot comes out of story. I don’t write character backgrounds; instead, I become my characters as I write them. It helps that I have long understood that I have a fragmented psych. It’s a bit of a crowd in there.

A novella about an orphaned teenage girl who is discovering that she has “the touch” for magic, inherited from her grandmother, who was a powerful sorceress but whose fate is also shrouded in mystery. The setting is my extrapolation of Jack Vance’s Dying Earth.