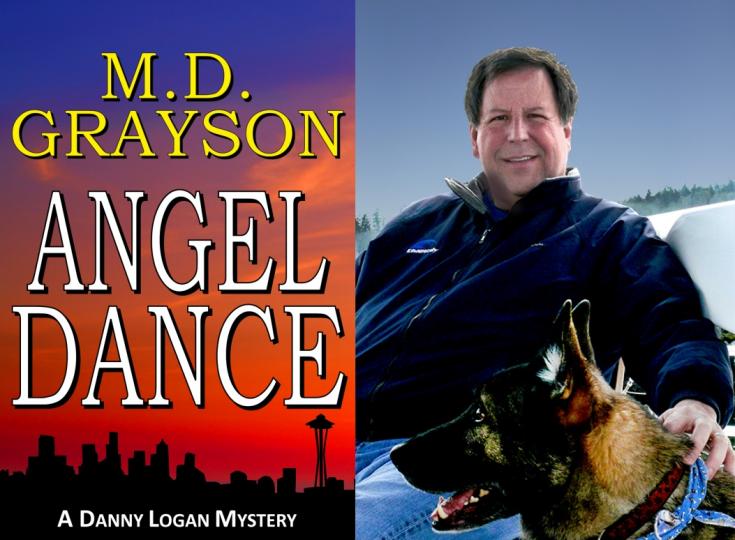 Mark Grayson is the author of the Danny Logan mystery series. Mark grew up in Las Vegas where he developed two passions that have remained with him through today: a love of reading and a love of music. He began studying the piano at a young age. After high school, he was able to put his musical training to work. He played the piano in bands in local clubs and even filled in on the Las Vegas strip on occasion. Eventually, Mark wound up in college where he studied business and started writing in what little free time he had. He completed several short stories and even his first – still yet to be published – novel. He graduated from UNLV with a Business Administration degree. After college, Mark entered the real estate development business where he started and ran two successful home building companies. “They were very rewarding – I liked the creative aspects and I loved putting effective teams together. But I never lost my passion for reading or my desire to tell my own stories.” Mark and his wife Michelle live in northwest Washington with their German Shepherd Otis. As our Author of the Day, he tells us all about his book, Angel Dance.

Please give us a short introduction to what Angel Dance is about.

Angel Dance is the story of two high school sweethearts who split up after graduation because their lives are moving in different directions. Danny Logan goes into the military and later becomes a private investigator. Gina Fiore stays home and joins the family business. Sadly, one day Gina disappears and the distraught family turns to Logan for help and Angel Dance begins.

What inspired you to write about a PI who is hired to try and find his ex, who is a business heiress?

I particularly enjoy stories with ensemble casts made up of bright, motivated, likeable people who must come together to overcome tough obstacles in order to achieve their goals. Rather than have Danny Logan be the clichéd, hard-drinking, angst-driven run-of-the-mill PI, I wanted him to be contemporary in his thinking and in his approach. He’s a competitive runner. He plays guitar – very well. He only drinks beer, and that only occasionally. He’s highly skilled, he’s logical, and he’s very thorough. And he’s no loner – in fact, he’s a leader. Danny provides the guidance, his team makes it happen.

Tell us more about Logan. What makes him tick?

Danny is a fifth-generation Seattle native. In 1896, Danny’s great-great grandfather John Logan founded one of Seattle’s first law firms and there’s been a Logan at the helm ever since. Until Danny. Danny defied his family’s wishes and, joined the army instead, right out of high school. He had a plan. It didn’t include having to fight in both Afghanistan and Iraq, but he made it through and then learned the ropes of law enforcement in the Army’s Criminal Investigation Division. Well prepared, he bought an existing private investigation firm, renamed it “Logan Private Investigations” and the adventures begin.

The Danny Logan mysteries were always meant to be a series. I remember growing up in Las Vegas and getting hooked on Travis McGee novels by John D. McDonald. On hot summer days in Las Vegas, others would be at the pool but I would sequester myself in my dark, air-conditioned bedroom, open the latest McGee “color” mystery (The Deep Blue Goodbye, Nightmare in Pink, The Empty Copper Sea, etc.)and shazam! I was gone. I wasn’t in the desert anymore. Instead, I was in Florida, on the “Busted Flush”, watching and listening to McGee and Meyer work their way into and out of one problem after the next. I became hooked. Granted, this was not “literature” per se - certainly not something I’d later be taught in high school. It was just pure escapism-type fun. It made an impression – to the extent that escapism/fun has been my goal with my writing. When a critic dismisses one of my novels as a “beach read” – I take that as a high compliment.

As to how do the other books in the series tie in, in a series like the Logan mysteries, the author has the opportunity to create a story-arc that overlies the individual novel – sort of in the way that a television series might have individual stand-alone episodes, but generally the characters are moving in a choreographed direction. Angel Dance “may or may not” follow this lead – the reader’s will have to read the next novels in the series to find out.

Readers say that your descriptions of Seattle were very vivid - how did you pull this off?

I moved to Seattle from Las Vegas as an adult and was most impressed with the city and the area in general. The geography, the natural beauty – even the weather are fascinating to me – plus they make great story elements. So, when I decided to write about a PI named Logan, setting the story in Seattle was a no-brainer. I decided I wanted to make a concerted effort to have Seattle become a “character” in each of my novels. Of course, other writers have done this as well. For example, I’m very impressed with the way Dennis Lehane brings south Boston to life in many of his novels. I’ve never been to south Boston, but after reading Gone Baby Gone, I feel like I have. This was my goal with the Logan series – to give my readers a sense of “they are there”.

Side note: making “Seattle” or any other setting a “character” in the story also introduces an obligation to make things authentic and accurate. This typically means a fair amount of “hands on” research. I visited every one of the settings in Angel Dance several times in the course of writing the novel. I’m reasonably confident that if I make a mistake in a description, my sharp-eyed readers will catch it and let me know. So far, I’m good.

I outline, outline, outline. I have outlines of my outlines. I outline first by story arc, then by character conflict arc. This develops into an “Act” outline, followed by a “Chapter” outline, followed by a “Scene” outline. It takes me about as much time to outline as it does to actually do the writing. And – for me, anyway – why not? For me, the outline is the actual story – the ins, the outs, the ebbs and the flows. Story already in place, I’m freed to “jump into the scene” that I’m envisioning and craft out the words the way I’m already seeing it. I don’t have to guess where the story is going, or whether or not a sub-plot or a character arc is going to be left dangling. I’m in awe of those who can sit down to a blank computer screen, dive directly into a pristine new concept, and have a coherent story pop out at the end.

Is there something that compels me to write? Yes – I’m a creative person and I can’t sing, dance, paint, or act. So I write. I need the “voice” – the outlet. Plus I love my characters and I really like setting them into motion, watching them develop.

Angel Dance was my first novel (not counting an early, just-out-of-high-school effort.) As such, I had much to learn about character arcs, setting, dialog, etc. I’m still working on getting all these things better today, but back then, everything about the whole process was new. Sometimes people complain today that my descriptions are too long, etc. They’d have really loved my first draft of Angel Dance – it was about 50% longer – until my editor got hold of it and wrung it out.

I’m a great fan of dialog. To me – the most captivating part of a great story is usually the dialog between the characters. It draws the reader into the scene. Try reading Nelson DeMille’s The Gold Coast for example. Very strong dialog and great setting – the author and the book “disappear” and your mind goes to work. This is what I’m after. Yet writing great dialog takes work. My medium is black-and-white words, but I’m trying to paint a full-color mental picture for my readers. To do this I try to immerse myself into the scene like I was in a movie. I bring my understanding of the characters and where they are on their own individual story arcs with me so that I know what motivates the character, what they’d likely say in a given situation - and how they’d say it. Then, when the scene’s down on paper, I reread the passage and find out if the words sound the way they played out in my mind – if the scene “comes to life” or, on the other hand, if it can’t get out of its own way. As a writing aid, It helps to have someone else read it out loud to me – but this isn’t usually very handy. So I’m experimenting with a variety of computer reading applications that can read passages back to me. So far, the computer dialog is only moderately helpful: it helps identify repeated words, etc. that interrupt the dialog flow. But, so far, it stinks at injecting the dialog with emotion, pauses, interruptions, etc. But maybe in the future?

Right now, I’m working on The Seattle Shuffle – Danny Logan mystery #6. A couple of years has passed and many changes have occurred at Logan PI. I hope to have “Shuffle” out right after the first of the year. 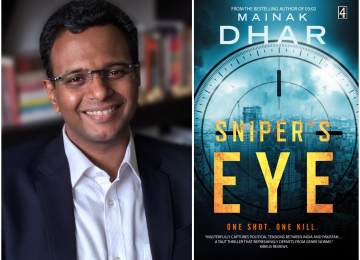