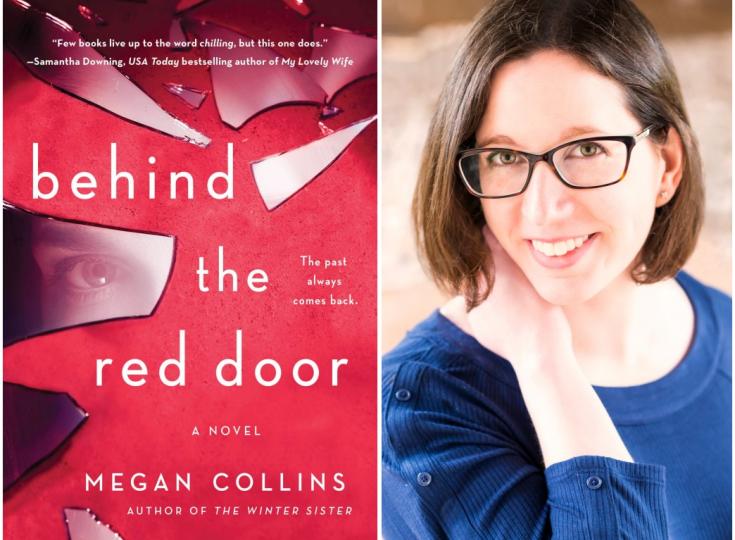 Megan Collins is the author of The Winter Sister and Behind the Red Door (Atria/Simon & Schuster). She received her B.A. in English and Creative Writing from Wheaton College in Norton, Massachusetts, and she holds an M.F.A. in Creative Writing from Boston University, where she was a teaching fellow. She has taught creative writing at the Greater Hartford Academy of the Arts and Central Connecticut State University, and she is Managing Editor of 3Elements Review. A Pushcart Prize and two-time Best of the Net nominee, her work has appeared in many print and online journals, including Compose, Linebreak, Off the Coast, Spillway, Tinderbox Poetry Journal, and Rattle. She lives in Connecticut. As our Author of the Day, she tells us all about her book, Behind The Red Door.

Please give us a short introduction to what Behind the Red Door is about.

BEHIND THE RED DOOR is a dark, twisty thriller about a woman who comes to believe she has a connection to a decades-old kidnapping victim, and now that the victim has gone missing again, begins a race against time to try to remember missing pieces of her past in the hopes of saving the woman—before it’s too late.

What inspired you to write about a woman who comes to believe that she has a connection to a decades-old kidnapping?

I’ve always been haunted by missing person cases. The idea for this book came to me when I wondered what would happen if someone who had been famously kidnapped as a child (think: someone like Elizabeth Smart) was abducted again as an adult. What would the media coverage be like? What would the public’s reaction be? Would there be as much fervor to find that missing adult as there was when she was a child? That idea fascinated me, and from there, I thought: what if someone saw this story of the missing woman on the news and felt an inexplicable connection to her, even though, unlike everyone else in the nation who’d been alive at the time, she has no memory of the original abduction itself?

Tell us more about Fern Douglas.  What makes her tick?

Fern is someone whose actions and thoughts are very much dictated by her anxiety. She sees a therapist, she’s on medication, but sometimes none of that helps. Her anxiety is likely a result of her upbringing, in which she was mostly neglected by her parents, who were too consumed with their work to spend time with her. Her mother, an artist, spent most of Fern’s childhood tinkering away in her studio, and her father, a psychologist specializing in the study of fear, was obsessed with conducting experiments, which he was convinced would launch him to stardom in his field. Now, a lot of what Fern experienced as a child manifests as acute anxiety in adulthood, and it makes her wonder if the eerie connection she feels toward the missing woman on the news is real—or if it’s just another lie her anxiety is telling her.

Readers say that this book was hard to put down - that they got utterly lost in the story.  How did you pull this off?

I’m so glad readers feel this way! I want every chapter to bring something new to the story, to guide it in a different direction—whether that’s with a reveal, a clue, or a sense of foreboding. To me, that’s how you make sure readers stay invested, and that, more importantly, the character does not grow stagnant in their journey.

It’s not a secret skill, but I’ve also been a teacher for the past twelve years. I teach creative writing, though, so even in my “day job,” I’m connected to the world of literature and writing.

The book contains a couple of twists.  Did you plan it all out before you started writing, or did some of it just "happen" along the way?

For the most part, I plan everything ahead of time. I’m someone who has to have a roadmap, so to speak, of the book before I begin. However, there are times when the characters take over and say something that surprises me, allowing me to build in exciting moments I hadn’t originally planned. 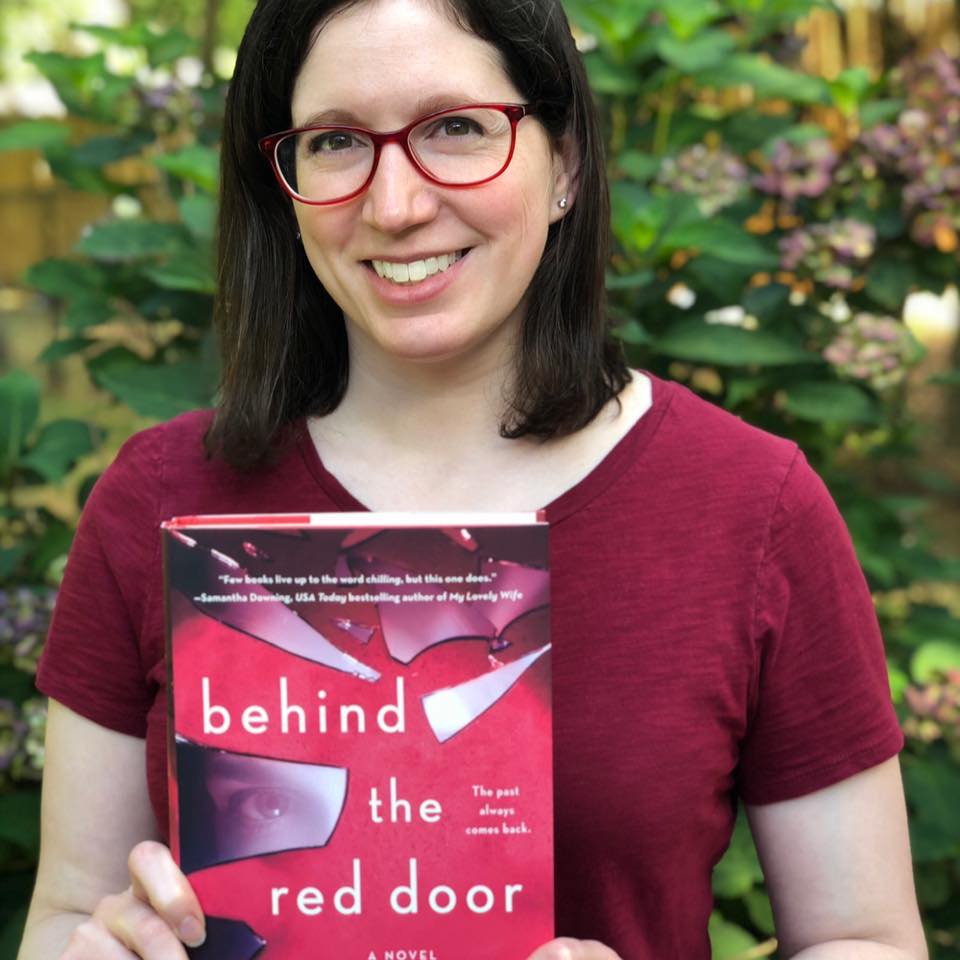 The character I found most challenging to create was also the one I had the most fun writing: Ted, Fern’s father. He’s such a bad father—that’s not a spoiler; it’s evident from the beginning—but he has no idea that this is true. He can justify anything he does, even the way he neglected his daughter when she was a child. I had so much fun writing a character that I knew would frustrate readers, because it allowed me to step so far outside my own perspective and personality, which is always an interesting exercise. At the same time, it was a challenge to ensure that Ted wasn’t just cartoonishly bad, that the reader could understand how he became the person he is, that his motivations were clear.

I love the opportunity to dig into the dark side of humanity. People often say they’re surprised I write such dark stories, because I have a much more light-hearted personality, but for me, life is all about the balance of darkness and light—and perhaps it’s because I spend so much time in “the light” in my everyday life that I find it fascinating to explore the opposite end of the spectrum.

The cover was created by the fantastic art department at Atria Books. I really love how it encapsulates two sides of the story told within the book. The broken glass and glimpse of a person’s eye could represent Fern’s feeling that her own identity is fragmented, as she tries to reevaluate her past and discover what’s real and what isn’t. At the same time, it could represent how Fern only feels and sees glimpses of Astrid, and that she is still not a full picture or person for her yet.

Some readers call this book "a masterful meditation on fear."  Was this your intention?

As soon as I knew that Ted’s specialization would be fear, thus making Fern the anxious person that she is (as she was immersed in fear her entire childhood due to the nature of his work), I knew I’d want to say something about fear, and it was through the writing of this book that I figured out what that something was. I won’t say what it is here, because it’s something I’d rather have readers uncover and interpret for themselves.

I tend to write best in the mornings, as my schedule allows. I usually set a very reasonable word count goal for myself—500 words—because if I can make it feel manageable, it’s less intimidating to get started. It’s all a mind trick, though, because then, if I manage to write more than 500 words, which I usually do, I feel like a rock star for beating my goal!

Right now, I’m working on my third novel, which is about a true-crime obsessed family who gathers to bury their father, but when they open his burial plot, they find the body of their long-missing brother already there.