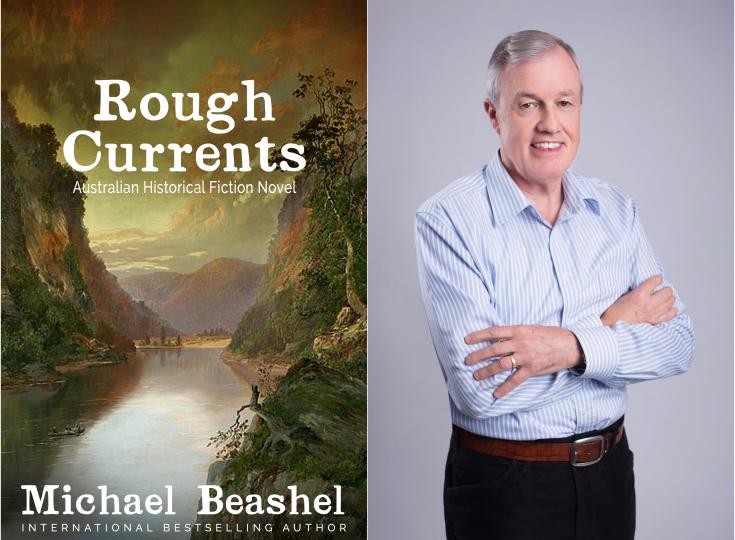 Michael Beashel is an International Best-Selling Author in Historical Fiction Anthologies Sydney born to Irish forebears who immigrated to New South Wales in the 1860s and settled in Millers Point. Beashel was head of Asset Development for a global accommodation services company registered on the NY Stock Exchange and has struck a blow at senior levels in some of Australia's iconic construction In Southeast Asia, Beashel managed a construction division building apartments and hotels in Bangkok and Ho Chi Minh City. This industry, its characters, clients, tradespeople, designers, and bureaucrats, have provided a rich material for his writing. He has an eye for the emergence of Sydney’s built form, from the early days of the colony to the present, and a love of construction. He says about his writing, “it’s a passion and I revel in using the building industry as a tapestry to weave a great tale seasoned with historic facts and with memorable characters.” Beashel’s five published novels and a novella in The Australian Sandstone Series showcase 19 century Sydney from the ground up and have garnered critical review. Unbound Justice the first novel has won No 1 In Amazon Rankings in HFA in three countries. A contributor to The Last Post and Afloat Magazines and he has appeared on ABC National Radio celebrating his novels. He holds a Bachelor of Applied Science (Building) from Sydney’s UTS and is a member of Writing NSW. Beashel is currently working on his next project, a seventh novel set in the 19-century showcasing a major character from the first three books. As our Author of the Day, he tells us all about his book, Rough Currents.

Please give us a short introduction to what Rough Currents is about.

It’s basically a mature love story. Life is good for Jess Walsh the Inn Keeper’s wife at Wiseman’s Ferry, but life is to change tragically when death strikes close to her. Shady dealings, women’s determination, nature’s fury, and pioneering struggle are all painted onto the canvas of the burgeoning Australian colony.

This story follows book 4 in the Australian Sandstone series Bailed Up. I wanted to tell Jess’s story in Rough Currents as she was the mother of Deirdre in book 4. In most of my books, the love stories are between younger people, and I wanted to showcase a relationship between mature people. At the same time challenging the protagonist with all sorts of dramas.

Tell us more about Jess Walsh. What makes her tick?

Jess is a simply satisfied woman. That’s not to say that her ambitions were limited. She wants home, happiness, and a partner whom she can trust and rely on, more pennies coming into her pocket than going out of it. And perhaps have her own inn one day. Yet like all of us, she has prejudices and little things that annoy her. One of these is her class consciousness and her bitterness on her earlier conviction and transportation to New South Wales. She is a woman who goes through depression and grief yet sees there’s an ending to this – somewhere. When she is challenged by horrific circumstances, she doesn’t cave, but fights. And there is love for her but not in the way she expected to find it.

Why did you pick 1831 New South Wales as the backdrop for your story?

Again, the timing of this book Rough Currents, starts at the ending of book 4. New South Wales was selected because the background for this novel is the construction of the Great North Road commencing from Abbotsford in inner western suburban Sydney up to Newcastle and crossing the Hawkesbury at Wiseman’s Ferry. It was the largest civil engineering project in New South Wales in the 19th century.

Like Book 4, most of the research was done on the Great North Road and there were three reference books that I used for this. The particularly interesting thing is that all it was all done by hand. Convict labor was the basic metric. Sure, there was gunpowder for explosives and implements for digging and hand drilling by all the tree clearing, grubbing out of roots, cutting, and sawing timber, excavating, stone laying, and backfill were all done by hand. An amazing feat. To my construction experience, it was like enjoying a fine-bodied red. A main character Lt William Dodds, is a fictional supervisor on the Road and is a supervisor of iron gang number four which was factual. Further investigation was done on the ferry system with documents at the New South Wales State library.

Just a note for me. It’s so fascinating just studying the research in this century, however this takes me away from my writing which is essential!!

I don’t know about secret skills. I have attempted a few videos of 19th-century which are on my YouTube channel because I want to showcase the powerful men and women of that century. There is a link to some of these at the end of my interview.

The greatest challenge was trying to get into the mind of someone who has lost a close one, other than a parent. Not to say losing one’s parent is not grief laden. That is a challenge to write the extent of how a person feels when they do lose someone. How do you write that narrative without appearing melodramatic or stereotypical? I hope my attempt has been acceptable.

The selective cover is a scene on the Hawkesbury in the Public Domain and is made by an Australian artist William Charles Piguenit who painted many of the Australian scenes and I like the colors and textures of his body of work. More importantly, I wanted the reflection from the river and the dark threatening sky of a portending storm. This is the tone and theme of the novel.

You worked in the construction industry for quite a few years. How has this influenced your writing?

The industry in which I spent many years, its characters, clients, tradespeople, designers, and bureaucrats, have provided me rich material for my writing. and a love of construction. It’s a passion and I revel in using the building industry as a tapestry to weave a great tale, seasoned with historic facts and with memorable characters.

Yes, sometimes they do. However, I must make sure that they act in accordance with how they tick. That is the hardest part in writing is to make sure the characters are believable, humanlike, and ‘grey’. There is a small minority of naturally beautiful people, intellectually brilliant people, and even a smaller minority of perfect people. We are all compounds of good and bad elements.

Decide if it’s going to be a plot-driven novel or a character-driven. All things flow from that. Character profiling, outline of story arc, timeline, and research.

For my sins, I am a structured person by nature. I like to have outlines and profiles done of everything before I start. That works for me, but it may not work for everyone. I set up my writing is a series of “linked scenes” rather than a succession of chapters.

Writing day starts at 8.30 am and continues till five but not every day of the week. There is a life with loved ones after all and sometimes writing can be a very selfish pastime. Those who do write and enjoy it, may agree with me.

I am sitting down shortly. with my editor to review my second novella which will have a theme of recovery after a traumatic assault experienced by a principal character of my first book Unbound justice. I hope to have this novella out by Christmas. For 2023 I am in the advanced drafts of books 7 and 8 of The Australian Sandstone Series.

Readers can find me on the following sites:

I was interviewed for The Last Post Magazine, an international Australian-produced production for veterans. You can get it here.

The First Book Unbound Justice is available as an Audio Book. You can get it here. I plan to do another in 2023. 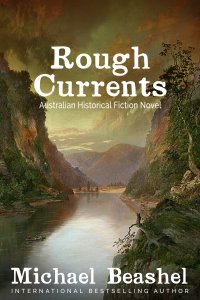 Michael Beashel
Jess Walsh is a working mother in 1831 New South Wales, managing the myriad of tasks for the innkeeper. her long-time husband Brian, ensuring all their work is done to the approval of “squire” Solomon Wiseman. Shady dealings, women’s determination, nature’s fury and pioneering struggle are all painted onto the canvas of the burgeoning Australian colony.
Historical Fiction
$0.99
$4.99
Amazon