Mike Meier - Do We Control Technology or Does Technology Control Us?
Posted on 22nd of August, 2020 by Naomi Bolton 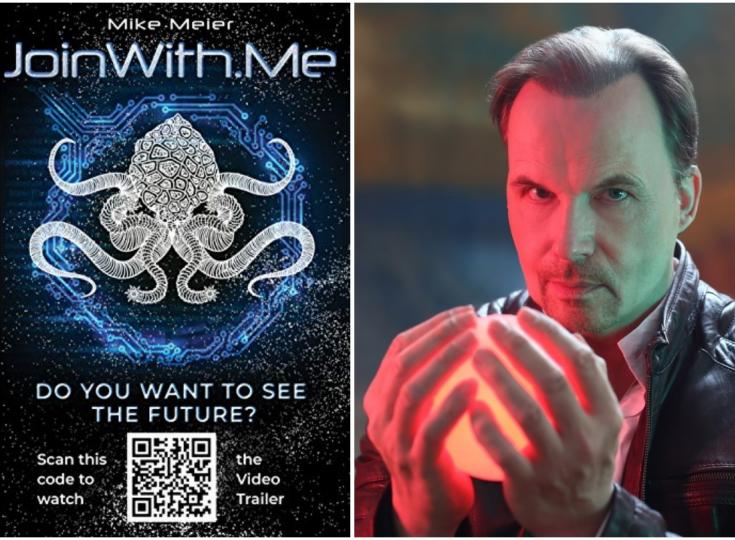 Mike Meier grew up in a blue-collar housing project in Germany. On his own since his teens, he has lived in several different countries, including Argentina and Japan, and worked jobs such as washing dishes, repairing bicycles, and painting homes. When he’s not writing books or screenplays, you’ll find him playing Latin and Flamenco guitar in the Washington, DC area. He holds a Master’s degree in political science, as well as a J.D. and LL.M. As our Author of the Day, he tells us all about his book, JoinWith.Me.

Please give us a short introduction to what JoinWith.Me is about.

JoinWith.Me is a cautionary tale about our increasing fusion with technology as a society. The protagonist is Sam Vanderpool, just an average guy. His life doesn’t matter. He has no friends and no woman. His parents think he’s a weakling who will inevitably go insane. His mind-numbing government job could be performed by any of the thousands of soulless workers who commute in and out of the city each day, just like he does. One night he takes a break from watching internet porn and discovers a website called JoinWith.Me. There, a “counselor” promises to fix his life. She says she can get him promoted at work, meet friends, and make him irresistible to the object of his affection, Hannah. 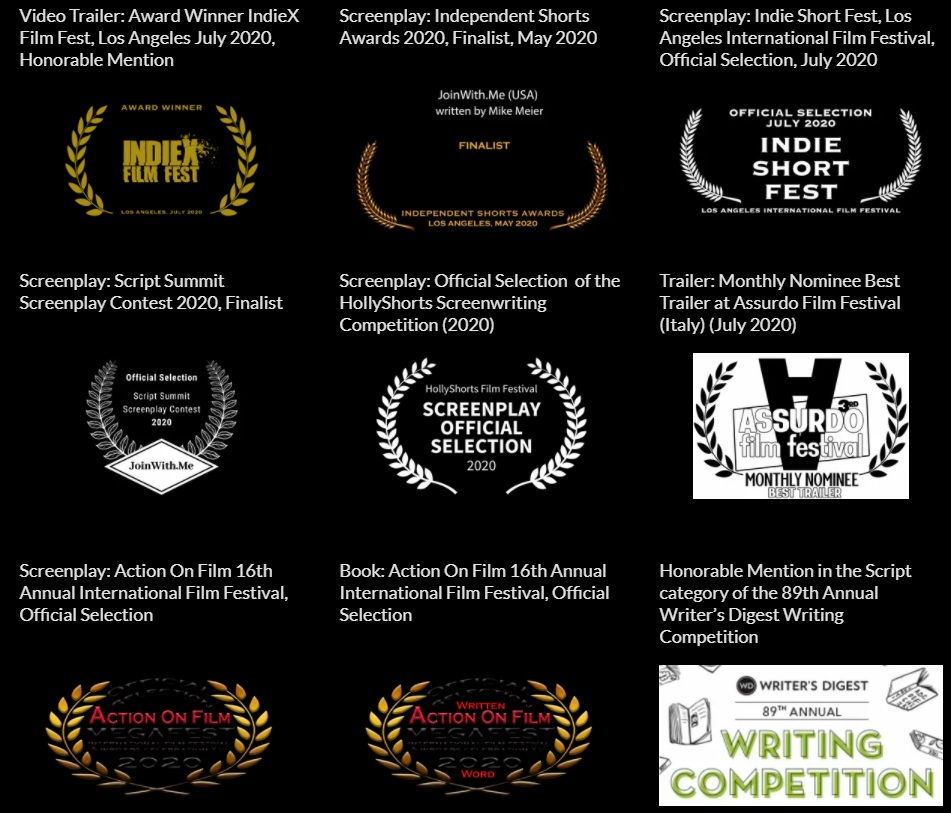 The idea of this book came to me years ago when I was working for an internet marketing company. I was well aware that Google, Facebook and the likes track every keyboard move you make, then sell the data they have collected about you. Thus, I only worked in “incognito” mode in the Firefox browser; cleared the cache and cookies off my computer several times a day; and used a Virtual Private Network (VPN). No dice. Once, while working in incognito mode in the Facebook account of a customer, there was a pop-up by Facebook, suggesting that I connect with someone. There was a picture of the Mexican gentleman who had painted my house a few years earlier. We had never communicated over the internet. How the f…is this even possible? At that moment, I felt as if the internet is a living human being that’s spying after me. That is when I wrote the first draft of this story.

Why did you pick a dystopian setting?

With a premise such as this (our increasing fusion with technology), the setting must necessarily be dystopian because the focus of any human endeavor is not what is real and surrounds us, but what is virtual and exists in a cyberworld. Why live in a pretty house? Why cultivate a garden? Why pick up other people’s trash in the street? If you find a better substitute in cyberworld, all of that does not matter anymore.

Your novel explores the question whether we control technology or it controls us.  Which do you believe?

Now you are asking a really tough question. In my story, it controls us because it comes to life, it is no longer mere artificial intelligence. At that point, should that ever happen, it is certainly technology that controls us. That’s why I quote Goethe’s Sorcerer’s Apprentice (better known to most Americans as the Mickey Mouse Fantasia story) at the beginning: “Wrong I was in calling Spirits, I avow, For I find them galling, Cannot rule them now.” Until that point, there is a chance for us to control technology, if only she weren’t such a seductive enchantress. Most cannot resist.

Secret? Not so much. But I have been playing guitar since early childhood. I am largely self-taught, but when I lived in Argentina, I studied with one of the great tango guitarists at the time, the late Carlos Luna. Everything that I can do on the guitar is thanks to him. I have been performing regularly alone and with other musicians in the Washington DC area since the early 1990s--ooops, I just dated myself. In fact, I have 7 guitars and a piano in my office. 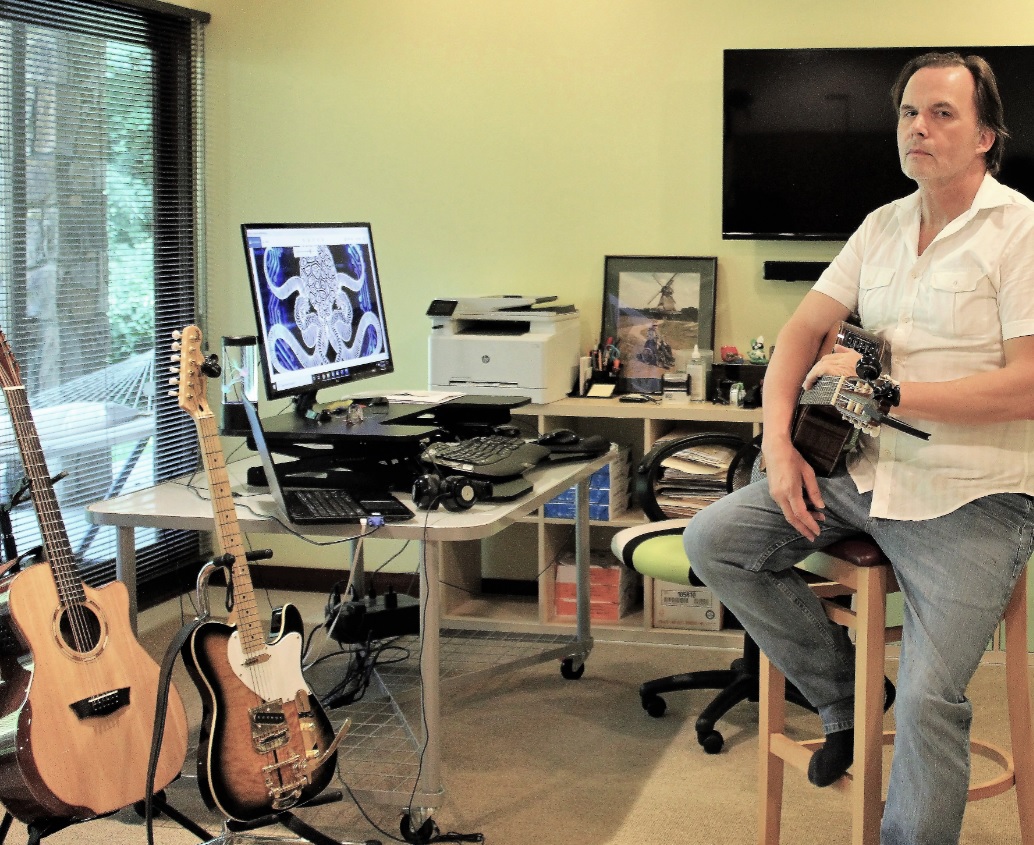 You have lived in several countries.  How has this influenced your writing and your world view?

I would not be the same if I had lived in only one country. Many people regard something “foreign” as threatening, ill-fitting, just not right. To me, everything foreign is exciting, challenging, just like opening a door to a new universe, if that were possible. It also applies to languages. I do not think in one language, I think in English, Spanish, and German at the same time. Thus, when I write, I use various dictionaries to look up words and expressions, as well as a thesaurus. And of course, you find many references to other countries, languages and cultures that come to me when I write.

The book contains a couple of twists and turns.  Did you plan it all out before you started writing, or did it all just "happen" along the way?

I penned the basic story in the first draft, and that has not changed much. Thereafter, I had to come up with the “twists and turns” to tie the beginning and the end together—to explain how the internet comes to life, what would it do as a living being, who else will be affected, how it will it manage humanity, and what it’s plan for the future is…

The Cover represents a stylized siphonophore, the Hula Skirt Siphonophore to be exact. In fact, “Siphonophora” was the original title of the story, but most people could not pronounce or understand it. Siphhh…what? So I changed it to something simpler, JoinWith.Me, just like the creature’s website in the story. I searched for a living organism that can symbolize the future of humanity. I first found slime mold, single-celled organisms that congregate and form a single body. By the way, slime mold is smarter than you think; it can move towards more fertile ground, move out of the sun, and grow back together if separated. But slime mold does not sound very exciting as the future of humanity. Then I found the siphonophores, sea creatures that consist of other animals that connect to function as a single organism—a so-called colonial organism. Curiously, a siphonophore does not have a brain. It is largely unknown how they function. I just added an electronic circuit around it on the cover to allude to the fusion of biology with technology. 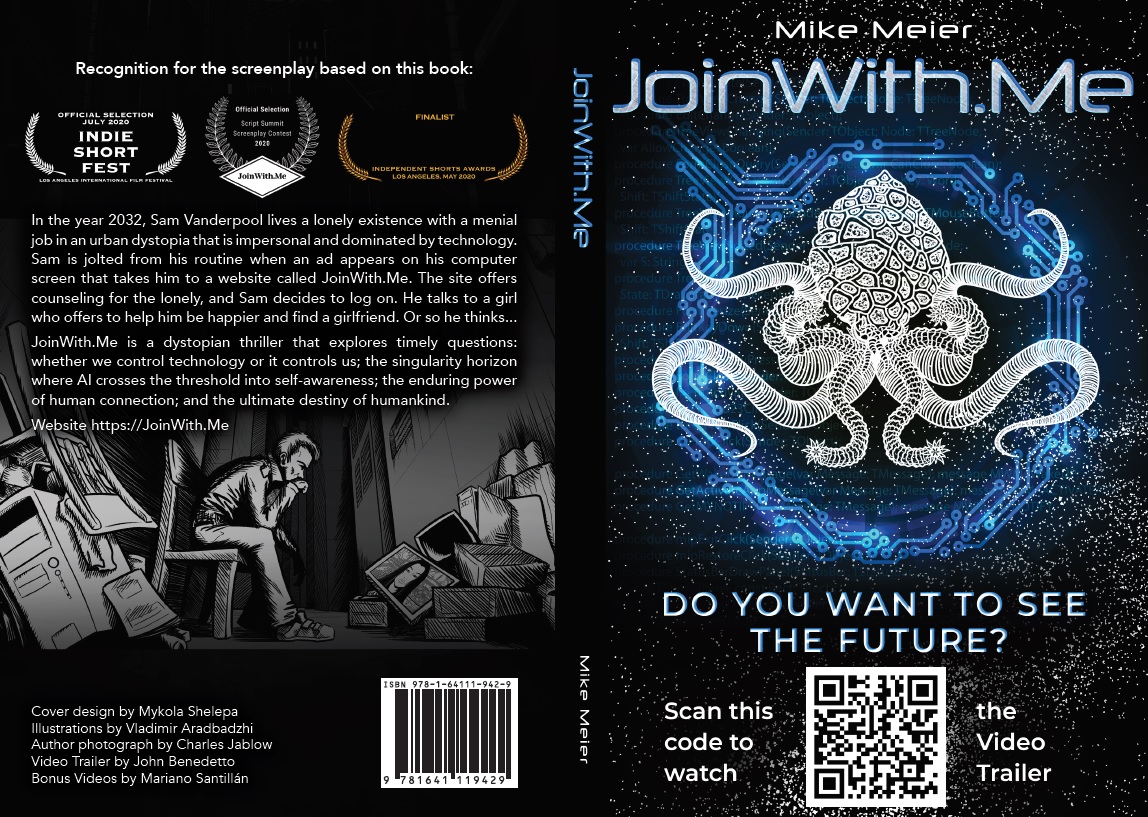 There are many science-fiction books out there. What is different about JoinWith.Me?

I took a different approach, just look at the QR Code on the cover—scan it with your phone and you can see the video trailer. A local video producer, John Benedetto helped me with that. Right from the beginning, I was thinking of it as a movie. While I was writing, I sketched the illustrations like a storyboard to better explain to myself and others what I had in mind. Later, a graphic artist, Vladimir Arabadzhi, created the illustrations based on the sketches. I finished the screenplay first, and it has received several accolades. Also early on, I started working on a short film with an Argentine director, Mariano Santillan. Alas, COVID interfered. We only finished 2 clips so far, which are included in the book through QR Codes. We hope to finish the short film in the fall.

Finishing a story, or even just finishing a chapter. I started JoinWith.Me years ago, wrote the initial draft of maybe 30 pages, then lost motivation, went back later and added a few ideas, then set it aside again. It was only when I decided that I want to make a radical change in my life that I had the motivation to write and re-write consistently. Even then, it took me more than one year to finish the book. The draft of my upcoming book, The Love Hex or Nicest Flings in Mexico, was sitting in my desk for about 25 years.

It is probably the opening line, just because I can truly relate to it. I used to be one of these faceless workers for years while dreaming of being on tour as a travelling musician: “Think back for a moment to the days when you were a little child, playing in the sandbox. You probably dreamed of becoming a nurse or a firefighter. But did you ever dream of becoming one of these faceless workers? The ones who every morning crowd into nondescript concrete towers until the walls must be close to bursting, and every late afternoon gush out as if the cap were removed from a water bladder? No? Neither did those people. Neither did I.” It is the “same old, same old.” We end up in a place where we don’t want to be, and then just play along instead of trying to get out of it … until something happens. In my case, I got fired from my job. And that was a good thing.

If I were more disciplined and had a schedule, I would have published books many years ago. After 25 years, I am only now finishing my comedy, “The Love Hex or Nicest Flings in Mexico.” I do get up very early, around 4 or 5am and write something. Sometimes just a few ideas, sometimes many pages. Then when I have another idea during the day, I return to writing until I run out of ideas.

Right now, I am finishing “The Love Hex or Nicest Flings in Mexico,” a Rom-Com that I published as a screenplay about 2 months ago. The screenplay has received a couple of accolades, including Gold at the Depth of Field Film Festival. Thus, I am greatly motivated to turn this into a book. I hope to publish it in about three months.

I currently keep a low profile because I am just too busy with The Love Hex and the short film for JoinWith.Me. But I have received invitations to film festivals, and that’s probably where you will find me in the near future. And my contact information is on the website https://JoinWithMe.tv