Mona Ingram - All Happy Endings, No Cliffhangers
Posted on 3rd of June, 2016 by Naomi Bolton

It took many years before Mona Ingram put her thoughts for a book about the San-Francisco gold rush in writing, but readers will agree that it was worth the wait. With more than 30 published books Mona is no stranger to writing romance and today she tells us more about why she enjoys the genre, her approach to writing and what the future holds.

Please give us a short introduction to what Restless Hearts is all about?

Sarah is the daughter of a doctor in 1850s Boston. She has assisted in her father’s medical practice and has hopes to become a doctor herself. But she’s a few years too early for acceptance by the medical community, so she poses as a married woman and boards a ship for San Francisco, determined to make it on her own.

What did you find the most interesting while researching the history for this book?

I didn’t know that people from all over the world headed for the San Francisco gold rush. I knew that there had been an influx of Chinese, but gold seekers arrived from as far away as Europe. Until I started to research it, I’d assumed that it was basically an American phenomenon. I was also surprised to learn that in 1848 the shoreline was roughly where Montgomery Street is now. A massive landfill was undertaken, and the resulting land was parceled off and sold… a gold rush of a different kind!

What fascinates you about historic San Francisco?

It’s no secret that we tend to view history through a hazy, romanticized filter. San Francisco was a rough, dangerous place. Not only that, but the men whose names we now associate with the building of the city were certainly not averse to getting rich while they did it. It must have been a fascinating time.

Overcoming adversity is a main theme in your book. What are you trying to relay about basic human nature in this book?

I’ve always been a sucker for the good vs. evil story – where good comes out on top, of course. Maybe that’s why I like writing Romances. The reader always gets a happy ending. Many of my books touches on the dark side of human nature, but I think that’s what keeps them realistic. Readers can only take so much saccharine content before they get bored. To paraphrase Elmore Leonard I try to leave out the boring parts.

How did you come up with the title? Why "Restless Hearts"?

Titles are hard. Ideally, they are catchy as well as give the potential reader an idea of what the story is about. In this book, Sarah and Jamie are both dissatisfied with their life. The title seemed to fit.

You have published more than 30 books. When was the first time you suddenly realized "Now I am an Author - this has become my career?"

Wow. Good question. I went through phases. For quite a few years I didn’t tell anyone that I was writing. Then I slowly admitted to a few people that I was a writer. I still don’t tell a lot of people, but when I do confess to what I do, I say I’m an author. It took long enough. 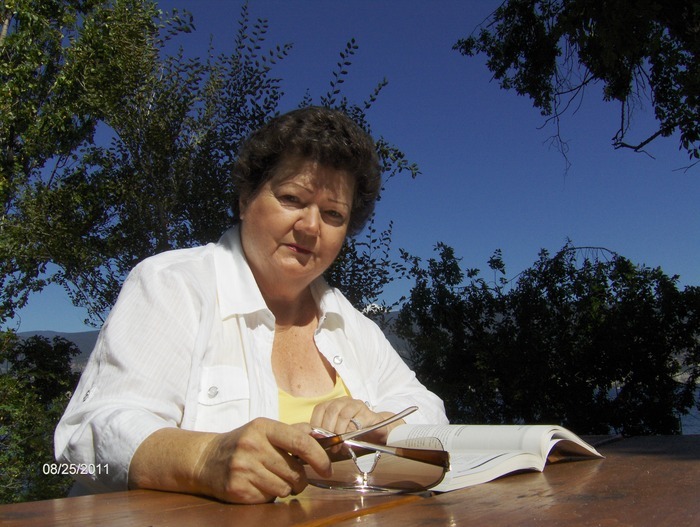 Do you work on multiple books at once or do you force yourself to finish what you are busy with, even while a new idea is consuming your thoughts?

I work on one book at a time, but you’re right – the next book is already trying to get out while I’m finishing off the current one. I don’t know how other authors manage it, but some work on more than one at a time. My head spins just thinking about it.

Your scenes are very descriptive. Readers really feel like they are visiting historic San Francisco while reading the book. How did you pull that off?

I had this book in my head for many years – more than ten, I think. Originally the concept was very different, but it always took place in Gold Rush times. I went so far as to go the San Francisco Library’s research department and look at some of their books. I had no idea that they would drag out so many amazing documents and books. I wish I’d allowed more time. I also read several accounts of voyages from the eastern seaboard, watched some excellent PBS productions, and of course there’s a wealth of information on the internet.

Sarah Howard is a go-getter who chooses her own destiny, even though in the time period it was frowned upon for women to behave the way she did. Why did you take this approach?

I didn’t want her to be faint of heart. Especially when I decided she’d run her own business and help others. Some readers have criticized her independence, but I suspect that there were women even more determined than Sarah in those turbulent times.

Aha, you caught me out. No, originally I had planned one book with three women characters. I’m not a real plotter, but as I started to make notes I realized I had three distinct stories. I like the way they worked out, and I’d be hard pressed to choose my favorite among them.

How do the other books in the San Francisco Gold Rush series tie in with Restless Hearts? 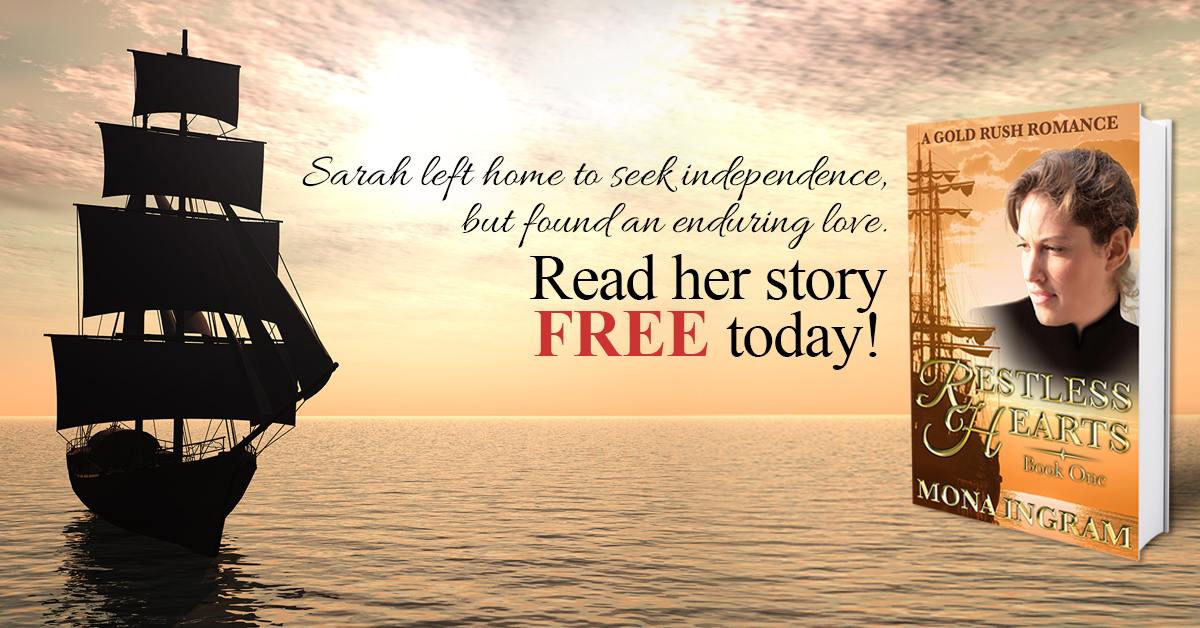 I’m working on Book Seven in my Forever Series titled More Than Forever. There will be a total of eight books when I’m finished later this year. They’re novella length and range from 27,000 to 41,000 words. Each book is a stand-alone story (I greatly dislike cliff-hangers), and features a woman at a crossroads in her life. They’ve been fun to write. BTW: the first book in that series is free.