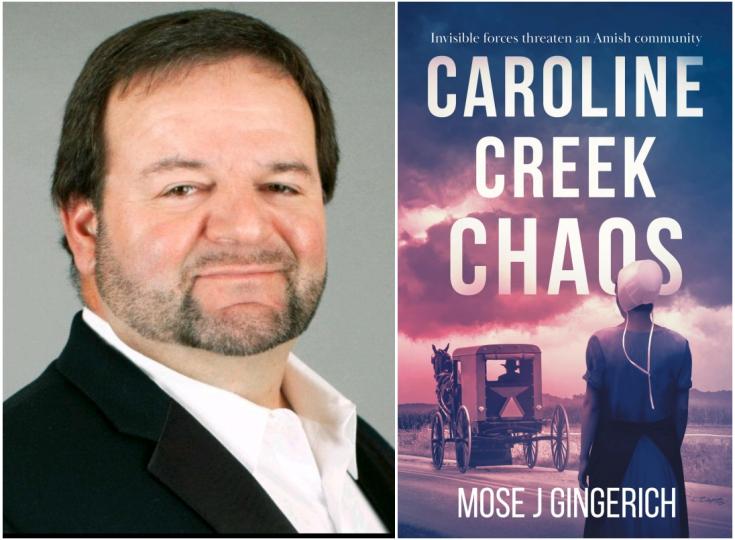 Mose J Gingerich was born and raised in the Old Order Amish community of Greenwood, Wisconsin. During his 23 years among the Amish, Mose lived in over a dozen Amish communities, teaching school in several of them. Mose is best known for his roles on television shows like UPN’s Amish in the City, 2004, and Amish: Out of Order—National Geographic Channel, 2012. Caroline Creek Chaos is the second in the Caroline Creek Series with the first, Shadows We Remain, reaching publication in 2021. As our Author of the Day, he tells us all about his book, Caroline Creek Chaos.

Please give us a short introduction to what Caroline Creek Chaos is about.

When the bishop from the Amish community of Caroline Creek disappears, the church becomes vulnerable. Someone, an invisible force, is manipulating them, and forcing them to conspire against each other. Members are quick to point fingers at everyone but themselves. Then, one fateful night, they are pushed too far and the community turns to violence.

What inspired you to write about a bishop that disappears from an Amish community?

I grew up in a community with very strict bishops and preachers. I realized, even then, that they were only following traditional rules, and that they were only doing what they had always been taught. In short, they were doing things the only way they knew how to do them. I often wondered how different things could be if a bishop were removed from an Amish environment and forced to see things from a different viewpoint. What would happen if his eyes were uncovered and he was made to realize that there are other ways to live, possibly even better ways than the strict Amish ways.

You were born and raised in the Old Order Amish community of Greenwood, Wisconsin. How has this influenced your worldview and your writing?

The town of Greenwood, Wisconsin, had a population of less than one thousand. It was the largest town that I had ever visited until I was in my late teens. From my viewpoint, I thought it had to be the biggest city in the world. At the time, I could never have comprehended that there were cities in America with populations in the millions. Then, outside that, there were entire other countries, with many more cities, and with many millions more people living in them.

Why did you pick Caroline Creek as the backdrop for your story?

I am an over-the-road truck driver. At times, I have driven through the area northwest of St. Louis, Missouri, on a stretch of land that lies between the Illinois and Mississippi Rivers. It is beautiful country, and I have often wondered why no Amish have ever settled and started a community there. I decided to create my own fictitious Amish community there. Perhaps, one day, my books will find their way into the hands of the Amish, and my writings will draw some exploring Amish to the fictitious setting of Caroline Creek, and eventually, a real Amish community will spring up there, and they will name their community Caroline Creek, just like in my books. By now, I am so attached to this fictitious community, and the characters within it, that I very well might move into that community with them, ditch my internet and cell phone, and go back to wearing the wool hat. Maybe, I will even become the Deacon Koblenz of Caroline Creek, just like in the books.

Since leaving the Amish, I have owned my own construction company, sold cars, became an author of Amish fiction murder/mystery novels, and produced and starred in several television shows—shows about the Amish lifestyle, (the videos of which can be found in the video gallery on my website at www.amishinthecitymose.com)

This is the second book in the series. Can it be read as a standalone? How do the other books in the series tie in with this one?

This book can easily be read alone, but Maria, an Amish teen girl who is often at odds with the Amish ministers, is a strong female protagonist who’s compelling backstory I am not sure you would want to miss, if you skipped the first book.

Tell us more about Maria Reader. What makes her so special?

Maria is everything I wanted to be when I was Amish but didn’t have the guts to be. Maria goes through trial after trial, often butting heads with the Amish ministers, and even getting burned and humiliated in love. But, where I, the author, shrank under the pressures when Amish, Maria, against all that is normal and accepted in the community, stands up for herself and after each trial, becomes stronger. I think deep down we all want to be a ‘Maria’, we all want to face the bullies of life and tell them off. But we are human; in the real world, we cave to peer pressures, and at times, we cave to strong authoritative voices.

Finding time to write is very challenging. There is a misconception that writers are famous and wealthy and that all we do is write for a living. Some readers have demanded that I churn out at least one novel per year so that they don’t lose track of characters and storylines. Or perhaps it’s because they actually like my writing and can’t wait for more than a year before reading the next book. I know a lot of writers, and I don’t know a single one that only writes for a living. In almost all cases, except for the few of the few of the very few, we all have full, or part-time jobs. We have to balance family, church, and all the other things regular people do. As authors, we still get out of bed the same way we did before we started writing. We still put our pants on one leg at a time, wipe our own rear ends, and when we offend a friend, we still have to go and apologize to them, instead of sending some agent to make amends for us. Finally, when the rest of the world is asleep, we try and reach deep down; we try and find some form of inner strength, to try and write for a few extra hours late at night, or early in the morning before our regular jobs begin. We do it because we are passionate about writing. We love creating a work of fiction purely from scratch, and the sense of accomplishment, when we finally finish a novel, is euphoric, and unlike any drug one might partake in… (The list is short, but you get the point)

In Shadows We Remain, the first book in the Caroline Creek Series, I had originally created Eli Reader to be the main protagonist. I thought I would be able to use my personal Amish life stories to make Eli a compelling character. However, Eli very quickly became a shy and timid character, and by the end of the book had almost entirely faded into the background. So, who replaced Eli as the main protagonist? That would be Eli’s sister, Maria. At first, Maria Reader was only an afterthought. Very quickly, however, she fought her way into the storylines, butting heads with the Amish preachers, and defending the voiceless in the community. By the end of the book, Eli had faded, and Maria had become much stronger. Now, Maria is everyone’s favorite. 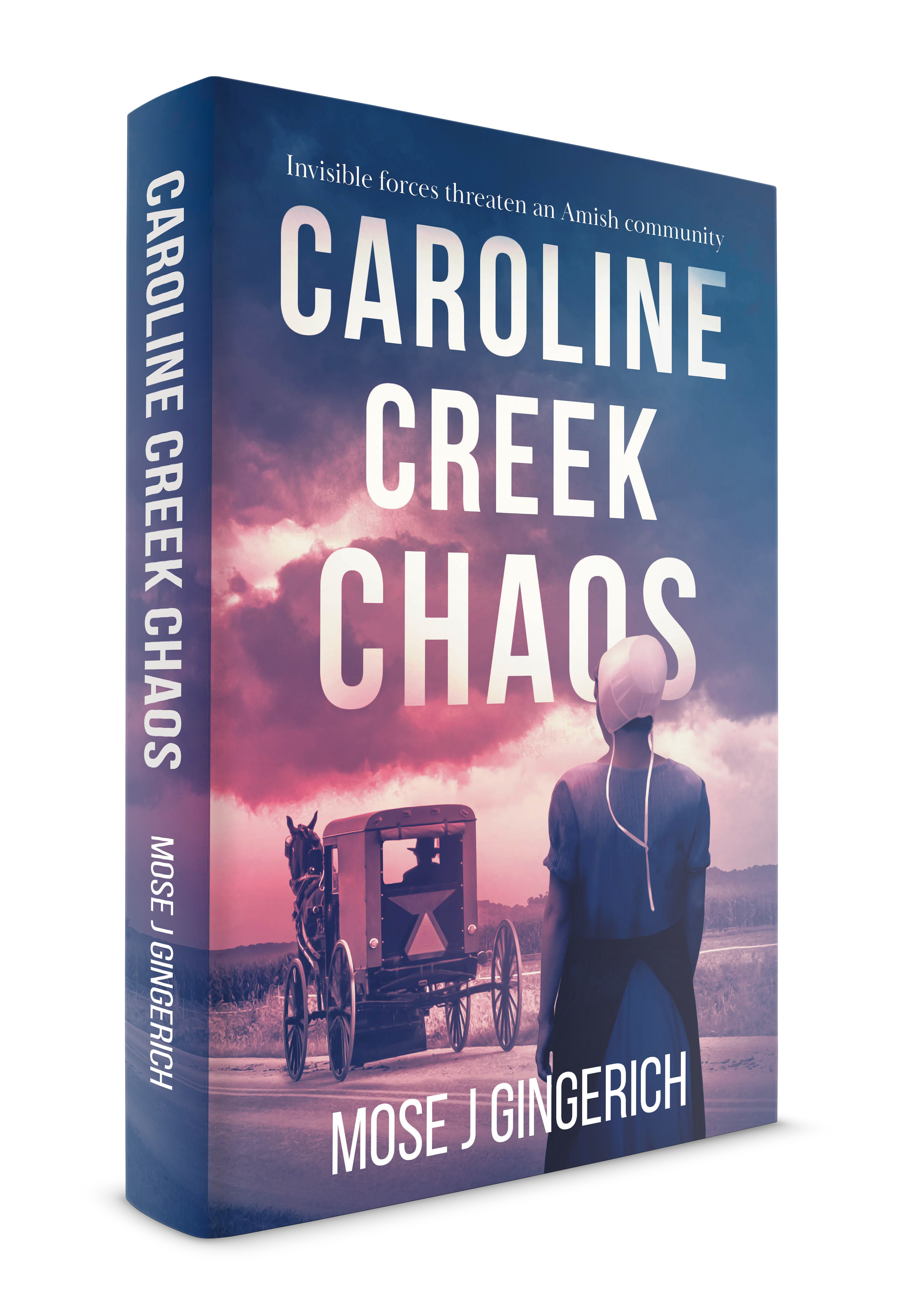 I learned a few important lessons in the first book. My research told me that most murder mysteries are between 80,000 and 100,000 words long. To me, who had never written anything longer than 5,000 words in one narrative, that seemed like a very daunting task. I started creating characters, plots, and plots within plots. Finally, one day, I decided that I probably had enough material to write a book. Very quickly I was at 40,000 words, and I hadn’t even started warming up to any of the main plots or themes. The first draft of Shadows We Remain came in at 160,000 words, and I had to cut, cut, cut. Ten drafts, many cuts, and many editors later, I finally had a finished product. I decided to adjust my writing strategies. With the next two books in the series, I focused on one solid theme, a few compelling characters, and I hammered the idea home. For me, keeping it simple and hammering home one or two main storylines makes for a much stronger read than leading the reader all over a jumbled maze of dozens of storylines.

My full-time job is a coast-to-coast trucker. On any given day, you might meet me in Sacramento, Boston, Portland, Miami, or Minneapolis. I drive for eleven hours a day, and I write in the sleeper of my big rig at night. Very often, my brain is exhausted, and my deepest desire is to crash, rest, and sleep. I don’t say this lightly; I don’t think I could stick to it and see an entire manuscript through to the end, without being truly passionate about my writing. After all, who, or what else is there to motivate me, late at night, when I am dog tired, and I simply want to give up, and get lost in social media? Or get lost in Netflix shows? I think, as in all entrepreneurial endeavors if one wishes to become successful, we must find a career that we can be passionate about. Only then, do we have the willpower to keep going when everything seems stacked against us.

One of the things I, as a new author, wasn’t prepared for, is the distractions. When writing the first two books, I was all alone. Nobody had read any of my books, and so, I had no distractions. Now, with two books out, I am investing time and money into building and maintaining a website, building a reader fanbase, for future publications, marketing and promoting my books, doing book signings, hiring editors, book formatters, cover designers, and somewhere, between all that, I must try and find time to finish the third book in the series, expected publication late 2023, early 2024. 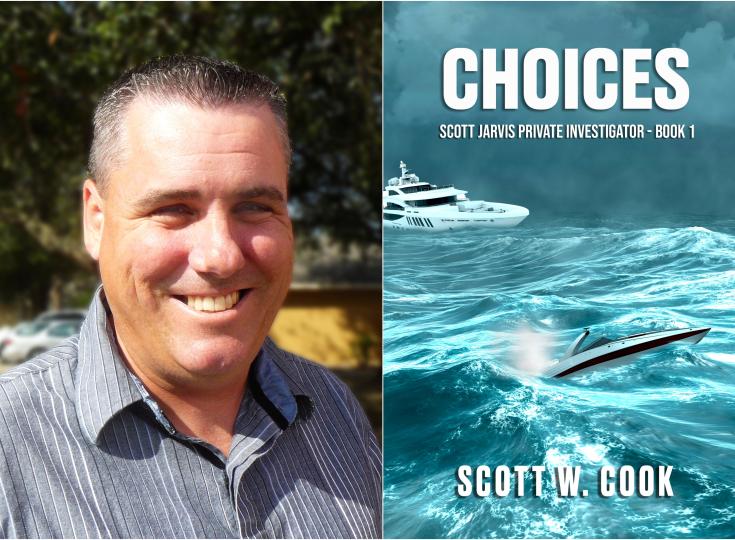 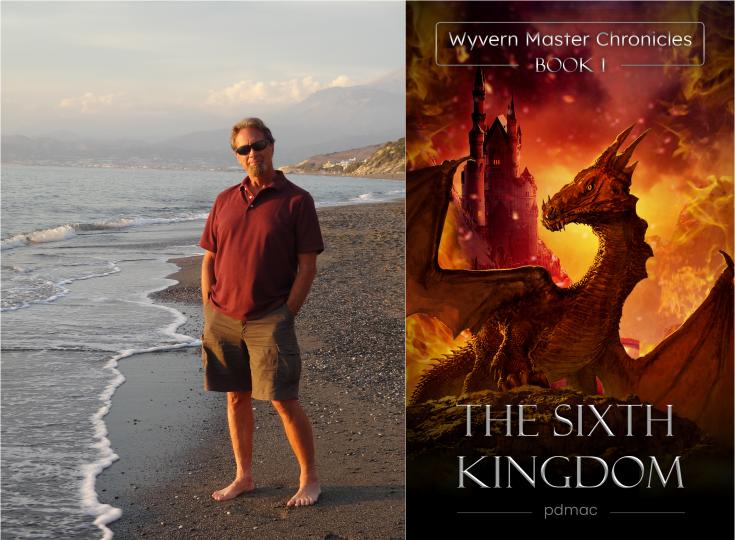 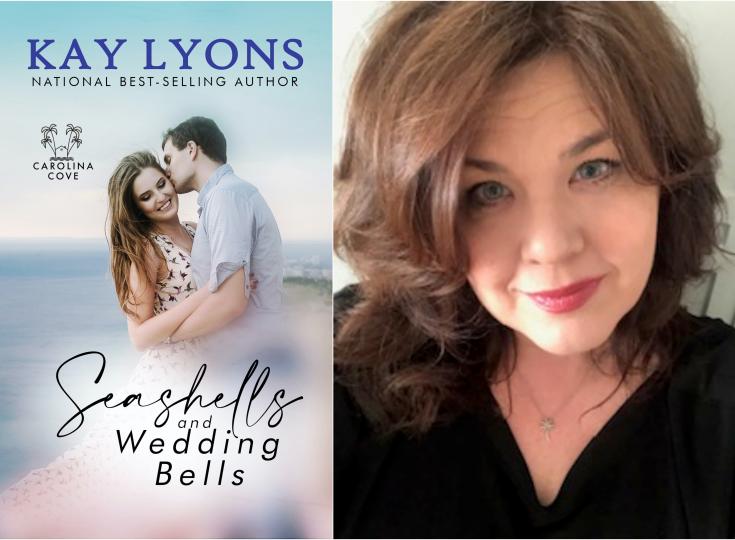 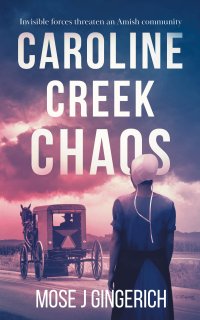 Mose J Gingerich
When the bishop from the Amish community of Caroline Creek disappears, the church becomes vulnerable. Someone, an invisible force, is manipulating them, and forcing them to conspire against each other. Members are quick to point fingers at everyone but themselves. Then, one fateful night, they are pushed too far and the community turns to violence.
Mystery & Thriller
$0.99
$6.99
Amazon