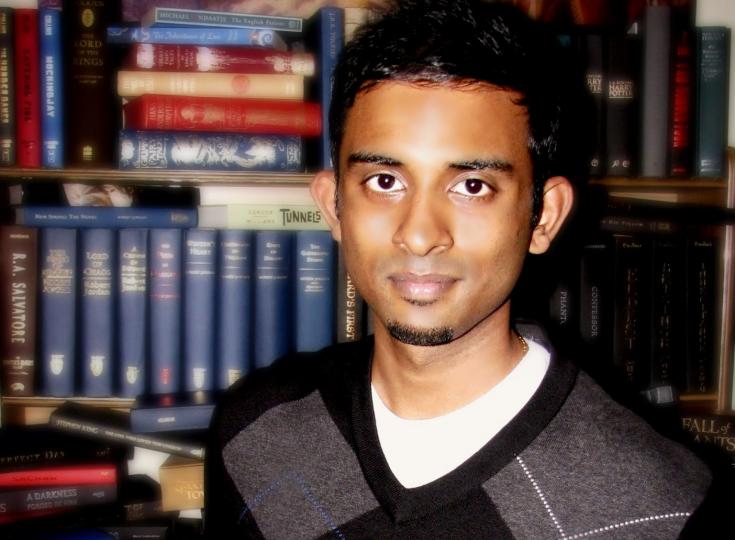 After reading The Hobbit as a twelve year old, Najeev Raj Nadarajah was hooked on fantasy books. He read everything he could get his hands on and soon, his own stories started to come alive in his mind. As our author of the day, Najeev reveals how his teacher inspired him to start writing, how he got the idea for his debut novel, Dream Caster, and what motivates him to write.

Haunted by memories of his massacred settlement, sixteen-year-old Weaver seeks cover in a hidden refuge among the remains of a ruined city. In the midst of building a new life, Weaver discovers that he has the amazing power to cast his dreams into reality. Convinced it’s just an anomaly, Weaver ignores it. That is until he learns of a mysterious man who shares the ability, and uses his power to bring nightmares into existence and wage war on the world. The peaceful life Weaver hoped for begins to unravel as waves of chaos begin to break loose about him. In a race against time, Weaver must learn to accept his role as a dream caster and master his new power, before his new home is destroyed and humanity is pushed to the brink of extinction.

Why do you write and how did you develop your writing?

I write because I love telling stories, and because I don’t like repeating myself.

There were three things I did over a span of roughly ten years which ultimately helped me develop my writing.
1.  I read a lot…quite a lot, actually.
2.  I wrote a lot. Long before my debut novel, Dream Caster, came to be, I wrote a 176,000 word manuscript to an epic fantasy novel. I was still in school then, and my writing hadn’t fully developed into what it is now. Needless to say, that novel never saw the light of day. Now that I look back, there were many glaring mistakes all throughout that novel. Was it a waste of time? No. I learned quite a bit from writing that story. Most of what I was able to use when I finally decided to start work on Dream Caster.

3.  Finally, I helped a lot of my family and friends with their writing assignments. You learn quite a bit when you start looking at other people’s works, their styles, the mistakes they make, etc.

What motivates you to write?

I always finish what I start, both for my sake, as well as those who’re involved. Whenever I run low on motivation, I tell myself that somewhere out there, someone’s waiting for me to finish writing my next book and I can’t disappoint them. I then throw on my film score soundtracks and force myself to put down a few words. During the first few minutes, my brain usually curses me for pushing it to wake up. But I keep pushing at it, greasing the wheels to get my train of thought rolling. Needless to say, once I do, my brain usually thanks me for having pushed it to start working.

Do you recall how your interest in writing originated?

Before I began writing, I told stories. Lots of them. Usually, they were made up tales about the things I saw and the experiences I encountered (comical, deliberate lies, where the audience knew I was clearly making things up). By grade five, I began making up so many wild and crazy stories that one day my teacher asked me to stay behind after school.

I thought I was in trouble and had earned myself a detention. What happened next would be the first step down the path I’m now walking.

My teacher sat me down and gave me a little black book. He then told me to write down everything that goes on in my head. He told me to write it down as stories rather than flittering, sporadic thoughts. And then he shook my hand and let me go on my way saying that I had a bright future ahead of me.

What books did you love growing up?

Norpert Nipkin (my first experience reading fantasy as a child), which led to The Hobbit as a preteen, and ultimately, The Lord of the Rings as a teen.

As a preteen, I also loved books by Gary Paulsen, as well as random assortments of ‘choose-your-own-adventure books’. Whatever happened to those? I’d love to see them come back.

My favorite author is J.R.R. Tolkien, and the runner up is J.K. Rowling.

Where do you get your inspiration from?

Most of the inspiration I get is from the dreams I have and the experiences I’m often thrust into. The sights I’ve come across during my upbringing in Toronto have played a vital role in my world building for Dream Caster.

What other jobs have you had in your life?

I’ve been a paperboy for the Toronto Sun, a busboy for the Keg Steakhouse, a cashier/receiver/cleaner for Tim Horton’s, a digital imaging specialist for Best Buy, a home tutor, as well as a security guard.

What gave you the idea for Dream Caster?

My idea for Dream Caster was spawned by a bad dream. Rather cliché, right? But it’s the truth.

A single funneled cloud swooped down upon the CN Tower. People stood and watched, confused. Was it a tornado? No one knew for sure. And then the funnel touched down. Thunder without sound rippled through the world, toppling buildings and upturning large plates of land. There was chaos everywhere. Screams of horror. Then utter blackness. That is all I will tell you of that dream.

A week later, I began working at the University of Toronto and was struck by a series of déjà-vu. With that, Dream Caster began to write itself.

Did you use any real life experiences (besides the dreams themselves) within the series?

I didn’t use any real life experiences, but at the same time, I used a ton of real life elements. What I mean by that is I wanted to keep my personal experiences out of the story. Mainly because I live in a world that’s entirely different to that of Weaver’s, so there is no way that I, or anyone else for that matter, will ever be able to truly relate to his experiences. However, I did use the city of Toronto, as well as the downtown University of Toronto campus, along with a few other choice locations that I’m fond of and am familiar with as the backdrop for the story. Perhaps, in a sense, I did use some of my experiences, but not to a great degree. I also touch upon our current world in certain places, mostly to open my readers’ eyes to the world about them.

Is there a message in the book Dream Caster that you want readers to understand?

There was one underlying message I wanted my readers to grasp, and it’s that we’re taking our world for granted. We’re taking everything around us for granted.

Do you plan to publish more books?

My ultimate goal is to write and keep on writing until my fingers grow brittle and I lose my vision form old age. There are still many stories I’d like to tell, and I hope to keep on doing that for as long as I can. 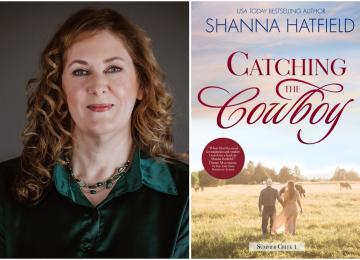