N.C. Lewis - Cozy Mysteries set in the Wedding Capital of the Lone Star State
Posted on 19th of January, 2018 by Naomi Bolton 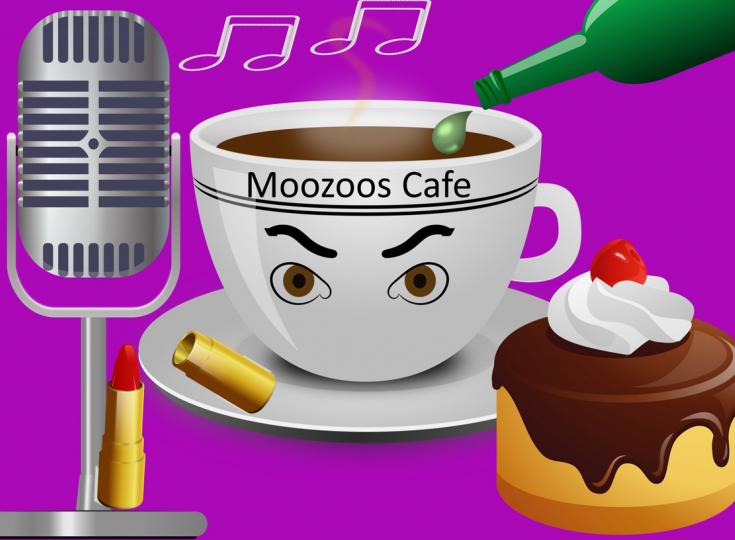 When N.C Lewis is not writing or reading (usually Cozy, humor, horror or space), N.C can be found tinkering on a computer or on social media sites —notably Facebook. As our Author of the Day, Lewis tells us about Ollie Stratford, how readers would recognise family members in the characters and reveals whether the twists in the books are planned or just "happen".

Please give us a short introduction to what Creek Crisis is about.

When a mysterious Portuguese film producer hires Ollie Stratford's event center she thinks it is going to be fun and games... until the brawling and fisticuffs amongst the Divas break out, followed by Murder!

What inspired you to write Creek Crisis? Why the Hollywood angle?

I live and work in the hill country of Texas. It is the wedding and event center capital of the state. There are literally famous actors, singers, artists, and writers, scattered across the hill country like confetti at a wedding. I thought it might be fun to write a story that mingles hill country celebrities with international stars from California.

Ollie Stratford is a 46-year-old widow from New York City with grown kids who happens to have a Ph.D. and was very successful in a corporate career. However, after her husband disappeared, the vividness of life gradually diminished. She is driven by the fundamental force that drives many of us, the search for happiness, the desire to make a positive contribution, and financial stability. All three are often elusive, as they are for Ollie.

Did you intend from the start to make the Ollie Stratford Murder Mysteries into a series?

Each of the books in the series is written as standalone stories that can be read in any order. However, with the first book Texas Troubles, my plan was to write a follow-up book, which eventually became Creek Crisis. The reader response to these two stories has led to another three books in the series.

Do you plan out the twists in your books or do some of them just "happen"?

I use a very general outline to guide me from the beginning to the end. Ideas typically pop up when I'm writing, but if they don't, I have the plot outline to help me to the next stage of the story.

I've been told I'm great at making barbecue ribs and special fried rice. I guess that's not a super secret skill, but it comes in handy when hungry friends come to visit!

Lewis Timberlake's 'Born to Win'. Lewis was a motivational speaker who lived in Austin and believed in paying it forward. I'd skip work to attend his free monthly positive connection seminar. Unfortunately, he passed away a few years ago, but his book contains ideas that can get you on the path to a fulfilling life.

As I reread emails from readers, I realized that the characters in the Ollie Stratford murder mysteries remind people of relatives or friends, especially their quirky aspects. The characters in the book aren't based on any one individual but are more like composite creations from people I've met along the journey of life.

There are so many that I  use on a daily basis. The two that have had the most impact on my writing is Earl Nightingale's "You become what you think about", and Zig Ziglar's  "You were designed for accomplishment, engineered for success, and endowed with the seeds of greatness."

I encourage readers to write to me and they have done so in large numbers. Overall, they appreciate the clean wholesome nature of the stories (there is a murder involved!), the absence of foul language, and the characters. Quite a few readers have written to say they recognize the characters as a cousin, brother, sister, mother and so on.

I write using a neo-AlphaSmart computer. If you went to school in the United States or the United Kingdom during the 1990s, you'll know what I'm talking about. The neo is an ultraportable word processor that boots up in a second or so and runs on three AA batteries. The amazing thing is you only need to change the battery approximately once a year! I have several and take them with me wherever I go.

The entire Ollie Stratford murder mystery series are set in the hill country of Texas. I wanted to find a balance of humor that local Texans would understand, without alienating people who haven't lived in the region. So, if you read the book having lived in the hill country or Texas in general, there are few nuggets you'll pick up another reader's may miss. The great thing is, the stories are enjoyable whether you're from Texas or not.

I'll continue developing the Ollie Stratford murder mystery series through the end of 2018. There are so many areas that I want to cover that this will probably be a long running series.

You can find out more about my work by visiting www.nclewis.com