Patricia Barletta - A Venetian Prince Who is Forced to Live Half his Life as a Shadow
Posted on 2nd of July, 2019 by Naomi Bolton 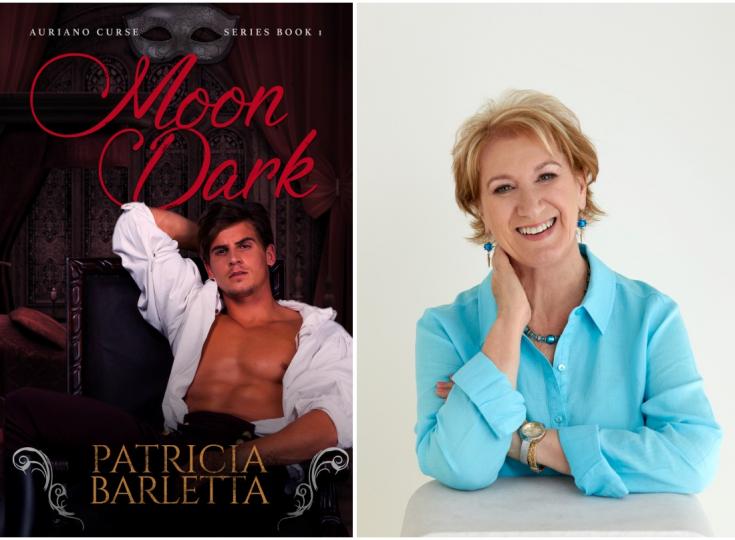 Patricia Barletta is an award-winning author of historical and paranormal romance fiction. After a fulfilling career teaching English Literature in high school, she decided to go back to school and obtained a Master of Fine Arts in Creative Writing at Stonecoast (University of Southern Maine). When she’s not at a yoga class doing her best downward dog, Patricia is usually tending her hydrangeas or hosting a brunch for her writing group. As our Author of the Day, Barletta tells us all about her latest book, Moon Dark.

Please give us a short introduction to what Moon Dark is about.

Alessandro, Prince of Auriano, is cursed, forced to spend half of every month as Shadow, when he loses the sense of touch, taste and smell. Only the magical Sphere of Astarte will free him. When he saves a young woman from an assassin's blade, he is able to feel her touch, and he knows she has come into contact with the Sphere. Lady Sabrina Barclay has fled to Venice to escape her dead husband's creditors. She has no idea who would want her dead, but a beautiful Shadow saves her life and his touch creates magical tingles on her skin. Alessandro and Sabrina are drawn together in the search for the Sphere, while others, who want it for their own nefarious ends, try to find it as well. The race is on. As Alessandro and Sabrina dodge the villains, a lot of touching goes on, and passion and other stuff, too, like kissing, etc. There's an evil sorceress, and a group of nasty, greedy men, and a wicked uncle-in-law. You'll have to read it to find out what happens in the end. But there's definitely a happily-ever-after.

What inspired you to write about a Venetian Prince who is forced to live half his life as a shadow?

When I was trying to come up with an idea for my next novel, the phrase "a shadow of his former self" kept running through my head. That led me to curses. What if a man were cursed to live half his life (half of every month) as Shadow according to the phases of the moon? I made him Venetian, because Venice is such a romantic city, and I wanted to set the story somewhere besides England. Part of the story takes place during Carnevale, when wearing a mask most of the time was the thing to do. So with Alessandro's becoming Shadow during part of the book and the masks worn during Carnevale, I could play with identity. 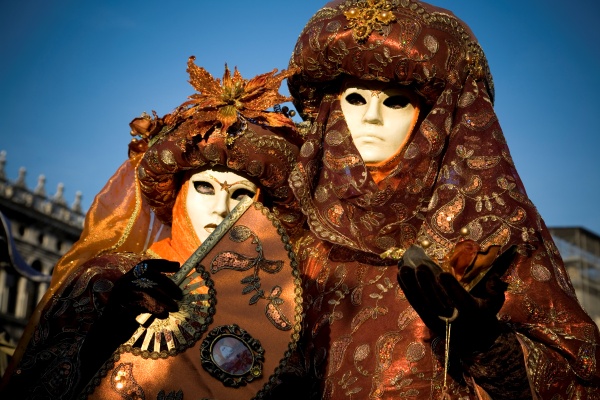 Tell us more about Prince Alessandro, what makes him tick?

Alessandro has been brought up as a prince " wealthy and entitled " but he is also head of his family because his parents are dead, and he is responsible for his twin brother and his younger sister, as well as his people in Auriano, a small principality that was taken over by the Venetian Republic. More than anything, he wants to find the magical Sphere of Astarte and break the curse on his family. But despite his obligations, he's also charming with a sense of humor, and sensuous, and he enjoys the ladies very much.

What makes Alessandro and Sabrina such a great match?

Alessandro has been able to charm ladies all his life. Sabrina is not so easily charmed. Because she is living in a foreign environment and is a reserved Englishwoman, she makes Alessandro work to convince her he is sincere. And he needs her to help him find the magical Sphere. But she's not immune to his charm either. While Alessandro becomes intrigued with Sabrina's inner strength and resistance, she becomes aware that Alessandro is much more than a Venetian playboy. And they can't seem to keep their hands off each other.

Sabrina is a badass Englishwoman. Why did you create her this way?

Ha! I never thought of Sabrina as a badass, but I guess she is in her own quiet way. She has a young son whom she wants to protect, and she had to deal with her late husband's benign neglect, as well as her uncle-in-law's manipulations. When her son is threatened, she goes into warrior-mother mode. Because Alessandro is such a strong character, I needed to have his soul-mate be just as strong so they would be a good match.

Why gothic historical paranormal romance? What drew you to this genre?

I didn't start out specifically to write such a crazy cross-genre. I love historical romances, and I was reading some paranormal romances around the time I started brain-storming the series. When I got the idea of the shadow curse, I knew the book had to be set in Venice during Napoleon's Italian campaign, just before he invades the city in 1797. And I knew I had to give Napoleon a cameo appearance.

Please tell us about the cover and how it came about.

When I finished writing the book, I realized the cover had to show just Alessandro. As soon as I saw Mathias in that pose, I knew he was the perfect Alessandro. And the lush bedroom in the background well, Alessandro is such a sensuous character, where else would he be? But my cover designer, Steve at mightyunicorn.ca, put it all together and made it beautiful.

Readers say that the plotline was very engaging, making it hard to put the book down.?? How did you pull this off?

I hate to be bored, so to keep myself entertained, I keep my characters on their toes with lots of twists and turns in the plot. Besides keeping up the pace of the book, I think it also gives my characters more depth. 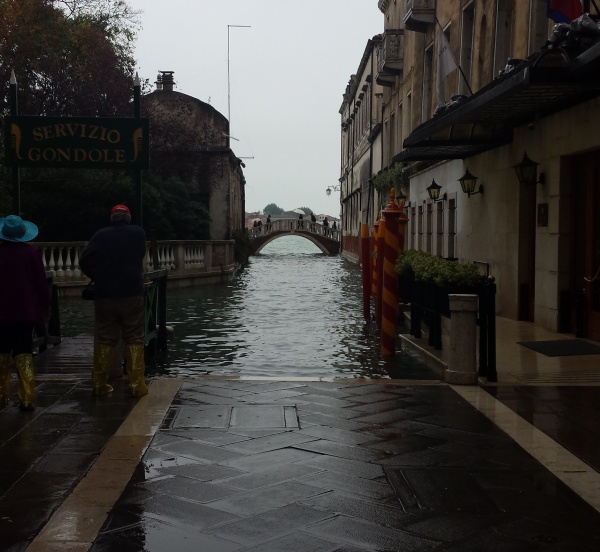 Even non-romance readers enjoyed this book. Why do you think it will appeal to readers across different genres?

The book is definitely a romance, and as we've mentioned before, it has a lot of paranormal elements. But it's also a bit of a gothic thriller with intrigue, a touch of creepiness (not too much), and there's some historical fiction as well. So really, there's something for everyone.

MOON DARK can be read as a standalone. It also happens to be the first book in the series, so it sets the ball rolling for the books to follow. Each of the other books have one of the Auriano siblings as the main character, who is trying to find his or her own piece of the Sphere of Astarte. And the siblings all show up in the successive books.

When working on a novel, how do you immerse yourself in the main characters' lives? Do you observe people, or do you try to walk in their shoes?

I'm getting ready to release MOON BRIGHT, AURIANO CURSE SERIES BOOK 3, in the fall. This is the story of Allegra, Alessandro's younger sister, who meets her match, an English earl, in Bath, England. I'm also working on CONFESSIONS OF A DANGEROUS DUKE, ON HIS MAJESTY'S SECRET SERVICE, BOOK 3. This is the third book in my spy-duke series.

Or on my Amazon Author page: