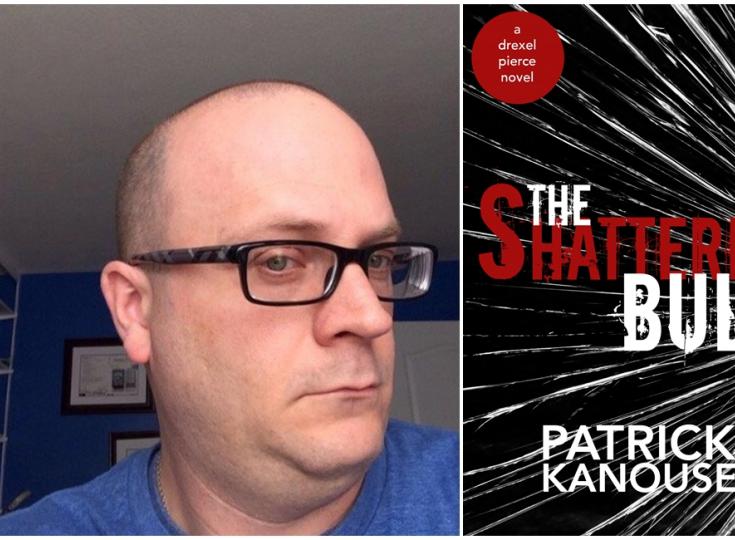 Patrick Kanouse likes to test his mysteries on his wife - if he can keep her guessing throughout the book, he knows he has a good story. The Shattered Bull is one such a mystery that also contains a lot of intrigue - Kanouse's complex characters take his readers on an emotional roller ride. As our author of the day, Kanouse reveals why he picked Chicago as the backdrop for the book and talks about his journey as an author.

He lives with his wife, Gina, and their spoiled Yorkie, Kennedy, in Westfield, a suburb north of Indianapolis.

Please give us a short introduction to The Shattered Bull

The Shattered Bull features Chicago homicide detective Drexel Pierce. A city councilman, who everyone calls the Bull, is found dead in his high-rise condominium. Burned into the Bull's desk is a mysterious phrase: "Once said no unsaying." Now, the Bull spent a good portion of his life in prison for killing a store owner years before in a bungled robbery. After prison, he turned his life around and made a fortune as an agent for many of Chicago's leading actors and athletes. There are plenty of suspects, including the Bull's young girlfriend, Kara. Of course, the mayor wants this crime solved quickly, and Drexel faces intense pressure from his chain of command to arrest Kara.

So with the help of a young forensic tech, Daniela, and his long-time friend, Ton, Drexel sorts through all the evidence, seeking out the truth.

Tell us more about Drexel Pierce - who is he and what makes him so special?

Pierce is marked by a great tragedy. His wife--the love of his life--died about a year and a half before the events of The Shattered Bull. She made him a better man, and he knows this, so he strives continually be that better man. He's steady, focused, and unwavering in his search for justice. But he's aware of the world--he knows the police and politicians can be as venal as the murderers he arrests. So he faces the world knowing some of its uglier side with a recognition it is also short and precious. He's not sappy about it, but he can take in the beauty of the Chicago skyline and enjoy a day at the beach or at Wrigley Field.

Why did you pick modern Chicago as the backdrop for your book?

I wanted a major US city as the setting. But I also wanted one that wasn't New York or Los Angeles. I've spent time in Chicago (it's not that far), so I had a sense of the city. It's a Midwest city, and I'm a Midwest guy. So I had a sense of the landscape and could get to it for research and scoping out scenes if I wanted to. I love the city. Its great culture of sports, food, and arts--all aspects I've had some interaction with and knowledge of since childhood. And Chicago's history of corruption and violence made it an appropriate setting for the plots and characters I wanted to tell.

Some readers report that you took them on a bit of an emotional rollercoaster in this book. Was this intentional?

Seeing that readers were reacting to Pierce's story that way made me really happy. I really want to create complex characters with complex lives, and Pierce's life is struck by the tragedy of losing his wife. In many ways, The Shattered Bull is about Pierce's coming to terms with that loss and his grief. That's going to be a rollercoaster of a ride.

You keep readers guessing throughout the book. How did you pull this off?

My own wife has this incredible knack for reading a mystery or watching a mystery show and pinpointing the murderer or reveal early in novel or show--like sometimes when the killer first appears on the screen. So when I go about writing my mysteries, my goal is always to see if I can keep her guessing. I need convincing doubts about the real killer, potential and realistic other suspects, and clues that point both away and to them all.

I have a great collection of science-fiction and superhero t-shirts.

Yes. Yes. Yes. I was writing thrillers and science fiction in elementary school. Actually, Pierce (not Drexel though) is a name from my childhood spy-thriller hero (which was later adapted for a role-playing character--but that's a different story). I ventured off into poetry in college and spent years writing it before returning to fiction. As odd as it may sound, being an uncle actually brought me back to fiction. My nephew, Aidan, was getting into all of the stuff I love--superheroes, Star Wars, and so on. This sparked my interest in telling fictional stories again. I can't explain it other than that. So here we are now, writing mystery novels, and I'm loving it.

So many! But I'll keep it related to mystery fiction. Ross Macdonald. I would love to sit with him in California and talk to him about mystery writing, Samuel Taylor Coleridge, and whatever else came into his head.

Say your books ever get a movie or TV adaptation - which actor would you imagine in the role of Drexel Pierce?

So when I was writing The Shattered Bull and thinking of the character, I had in mind--at least physically--someone like Jason Isaacs. But I also thought Liev Schreiber or Damian Lewis would be fantastic as well.

I start with the basic idea and flesh it out at a very high level. I'm not much of an outliner, but I do plan on what each chapter will cover--at a high level. I'm actually doing this more and more with each novel. That said, I don't let the outline or my initial thoughts on the plot hold me back from exploring or changing things up.

Like many authors, I have a full-time job that pays the bills. The only way I get anything done with my novels is by being disciplined. Every morning before the "real" job starts, I write or do authoring related activities, but mostly write. Then I start work. If I get other time to write, I consider that a bonus.

Well, I just released Kill Them All, the second book in the Drexel Pierce series, and I'm working hard on the third book in the series, which I hope to publish this coming winter. 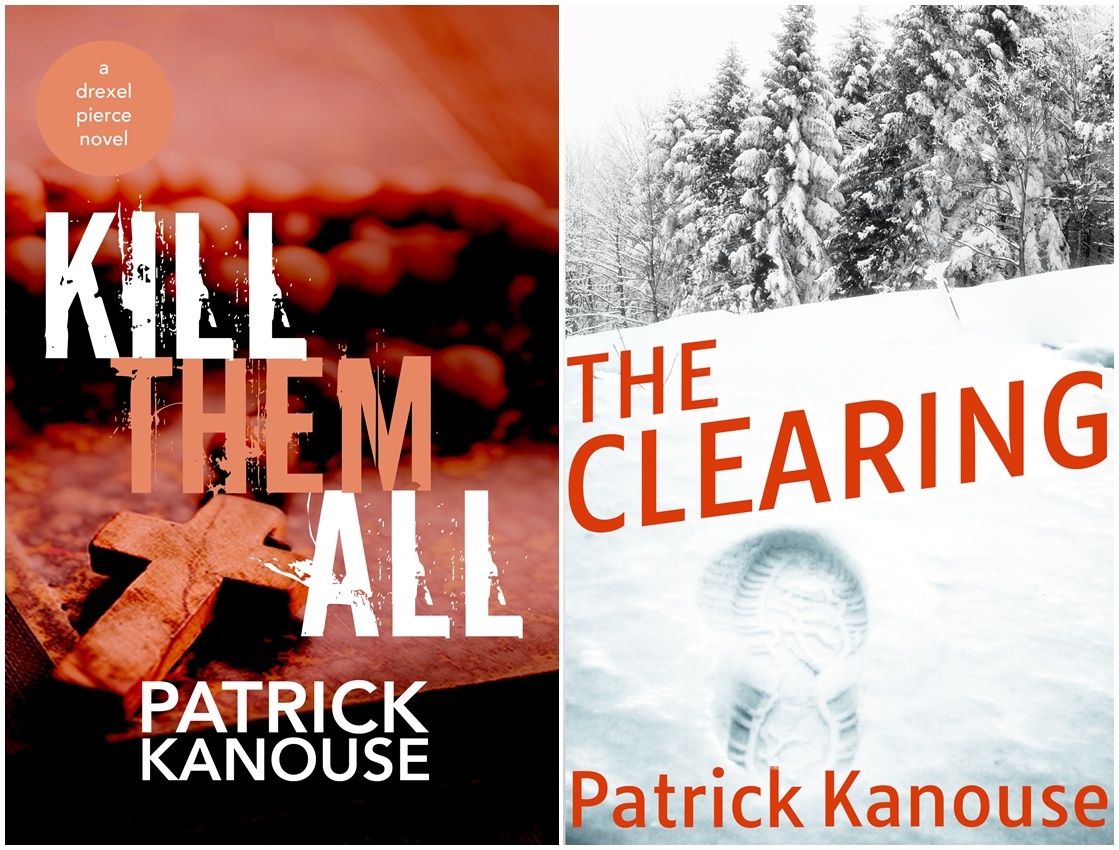