Petie McCarty - Tales of Love and Hidden Angels
Posted on 17th of June, 2016 by Naomi Bolton

Author Petie McCarty traded her day job as a biologist at Walt Disney World for the equally magical career of writing her own romantic fairy tales. Today we talk to her about Angel to the Rescue, which is part of her Mystery Angel Romance series. She tells us about how her work at Disney World inspired her, the challenge of writing about difficult real-life issues and what it is about angels that fascinates her.

Please give us a short introduction to Angel to the Rescue.

First, I would like to thank ManyBooks for allowing me to spend time with your subscribers today. I'm Petie [Pee-dee] McCarty and I write action-adventure/contemporary romance.

Angel to the Rescue is the second book in my Mystery Angel Romance series. Each stand-alone love story in the series has an angel hidden in the plot. The angel's identity is not revealed until the finale unless the reader figures it out first.

In Angel to the Rescue, Child psychologist Rachel Kelly isn't sure how to handle the situation with her newest client -- a six-year-old boy who says he can talk to angels and one is coming to help Rachel. She already has her hands full of trouble this Christmas season, and things quickly take a turn for the worse when a stalker crashes Rachel's Christmas party and takes her young clients hostage.

Police negotiator, Lt. Jake Dillon, walked away from his fiancée Rachel when she suddenly balked at having kids. His kids. Yet when the hostage crisis erupts, Rachel calls Jake first. Now he has a choice to make -- stand back and wait for the cavalry to save Rachel or step in and try to save her himself. Time is running out, and Jake may be their only chance for rescue.

Unless Rachel's little angel-spying client is telling the truth… 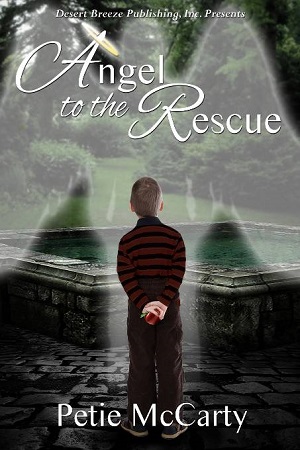 How much did your work at Disney World inspire your work?

Working in the land of fairy tales made me believe I could create my own, especially my newest series: The Cinderella Romances... fall in love with the fairy tale all over again.

The inspiration for the Mystery Angel Romance series came from Hebrews 13:2: "Be not forgetful to entertain strangers; for thereby some have entertained angels unawares..." This was the New Testament reading one Sunday as I sat in church, and I thought, Hmm... there's angels here walking around? Maybe some are assigned here to help folks find their one true love, and we just call it destiny. Right then, the Mystery Angel Romances were born. Not that I was daydreaming in church, mind you.

Rachel and Jake already have a history together. What appealed to you about getting exes back together in a book, instead of random strangers meeting up and falling in love?

With Rachel and Jake, they never really crossed the line to "ex-" status for neither one ever really fell out of love with the other. They just needed a helper—or an angel, *wink*—to help them find their way back to each other. That is my second-favorite type of love story, right up there after "love at first sight." [see Cinderella Romances :-)]

Rachel doesn't want kids of her own, yet she works with children every day. Then there is the boy, Alex, who believes in things grown-ups can't see. Why do children play such an important role in this book?

To answer this, I must give up a very small spoiler, so you may want to skip to the next question if you don't want to know anything that happens in the story.

Rachel desperately wanted kids, but she found out she was a carrier for the muscular dystrophy [MD] gene, so she chose not to risk having kids since her chances of passing the carrier gene to a daughter or actual MD to a son was 50/50. Rotten odds. She could have told Jake, but she chose not to for fear he would go ahead and marry her anyway, out of pity. She would rather give him up and only have her memories than make him feel trapped into marriage when she knew how badly he wanted kids of his very own. Right or wrong, she took the decision away from him.

Why did I choose this unique scenario? Because MD is insidious and can slip through many generations without a family even knowing it is there unless a son is diagnosed with MD. This happened to my family. Who knows how many of our family generations the faulty gene slipped through unnoticed until my cousin Mark was diagnosed with MD at the age of eight. The book is dedicated to his memory. There is a test available for women to determine if they carry the faulty dystrophin gene. It is not an automatic test, but must be requested from your ObGyn. I wanted women everywhere to know this.

Actually, it was a group of characters—Jake's Spec Ops technicians. I had to create five distinct personalities, give them each a specialty for the hostage-crisis team, and keep track of each of them throughout the crisis. Each had to be placed and maintained at the exact spot and exact time for the rescue operation to work. Easily, the toughest book I have even written.

What do you hope your readers will take away from Angel to the Rescue? Is there an underlying message?

No matter how dire your situation or circumstances may be, there is always a "helper" close by waiting to assist you. Sometimes you know them, sometimes you don't. One just has to learn to keep their eyes and their heart open to recognize the helpers. 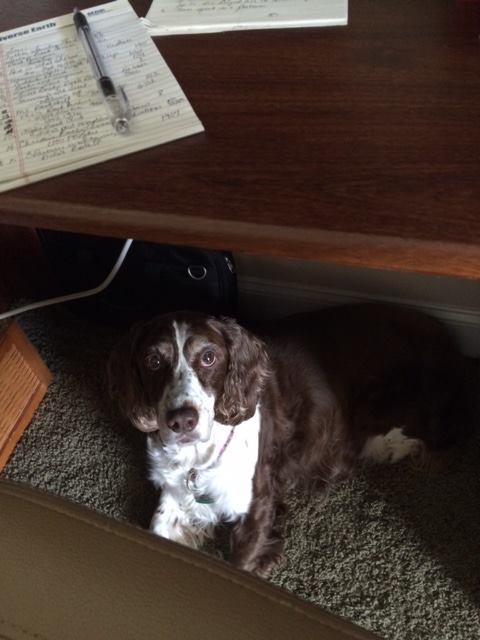 Besides being a romantic suspense, Angel to the Rescue also touches on difficult real-life issues such as child abuse, spousal abuse, and pedophilia. Was that a deliberate choice?

The child abuse and pedophilia were chosen because the traumas needed to be somewhat recognizable by the students' guidance counselor, which really boosts the story off the ground. If Dr. Rachel Kelly's friend, Jill—the middle-school guidance counselor—hadn't noticed two of her students showed signs of stress she never would have referred them to Rachel, and I wouldn't have much of a story with only one unique problem child. I was careful to keep the female student with only the "threat" of abuse from her mother's boyfriend, without ever crossing that line. My younger sister, Melinda, has a PhD in Psychology and was also a guidance counselor for a number of years. She was a huge help with this story.

You have written other Angel books - what is it about angels that fascinates you?

Case in point: Years ago, my brother and several other parents accompanied a church youth group to Mexico one summer to participate in a larger house-building project to help the poor. The last day of their trip they decided to take a trip to the beach as a thank you to the kids for all their hard work. My brother, my niece, and two other teenagers went for a swim, and all were caught in a rip current offshore.

Unable to hold up my niece any longer and just about to go down, my brother spotted three Mexican lifeguards with lifebelts swimming toward them. All four were rescued by the lifeguards and helped to shore. Twenty minutes later, after my brother got his wind back and the kids situated, he went looking for the lifeguards to thank them. He trudged almost a mile up that beach and got the same answer from everyone he saw—"There's no lifeguards out here today. Haven't seen one."

Why do you write? Do you find that writing helps to give you clarity about things in life?

The plain and simple truth is, I see movies running in my head. Sometimes just a scene or two, sometimes it's a full-length feature. When it's a full-length feature with a beginning, middle and end, or more importantly a conflict and resolution, then that's the next book I write. Which is why I sometimes can't explain the choices I make in a story.

What can we expect to see from you next?

I just finished a historical time travel romance. In Duke Du Jour, Jared Langley, the thirteenth Duke of Reston, tumbles into a dilapidated fountain in an overgrown section of his ducal estate and awakens in 1816, where he is confronted by servants who think him a dead ringer for his namesake and great-great-etc. grandfather—the seventh Duke of Reston, gone missing at the Battle of Waterloo. Unfortunately, Seven got mixed up with French spies out to assassinate the Duke of Wellington, and an unwary Jared ends up in their crosshairs. 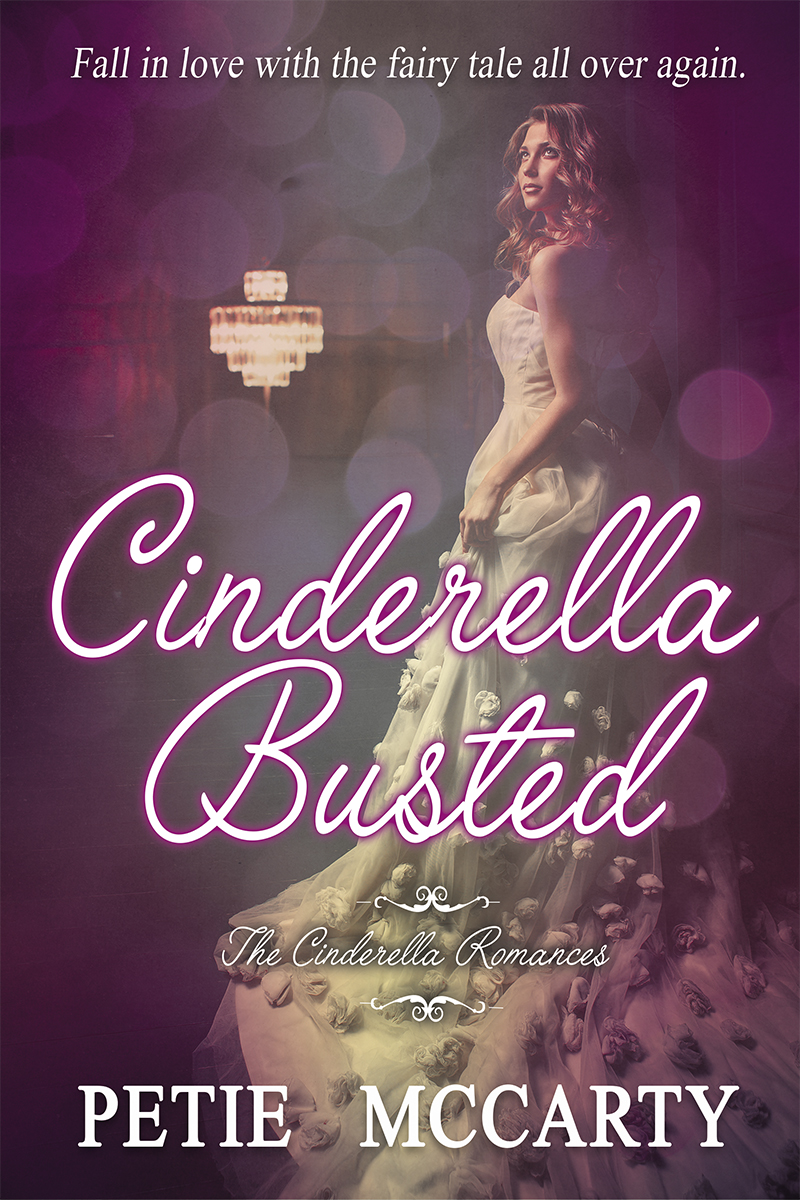 I am hard at work at present on the second book in my Cinderella series, a sequel to my December release Cinderella Busted. In this new book, Garrett Tucker [from Cinderella Busted] inherits his grandfather's casino empire and steps into the billionaire's shoes as the reclusive "Prince of Vegas" without anyone being the wiser. As his first official investment, Garrett buys an abandoned casino in Biloxi on a bet that he can't make it successful. He is forced to go in undercover when he discovers someone is embezzling from his new operation, and his number one suspect is his new finance manager.

Andi Brooks moves back to Biloxi to care for her aging godmother who raised her and is now destitute. To make ends meet, Andi takes a job as the finance manager of the newly-renovated Amazon Princess casino, and she ferrets out an embezzling scheme by a casino employee. She secretly starts her own investigation, worried she will be blamed for the thefts when the new owner finds out her godmother has a costly gambling addiction. This book will be titled Betting on Cinderella.

Here's a list of my social media links. I love to hear from readers!

Thank you ManyBooks for allowing me to spend time with your subscribers today, and I wish everyone a magical week! 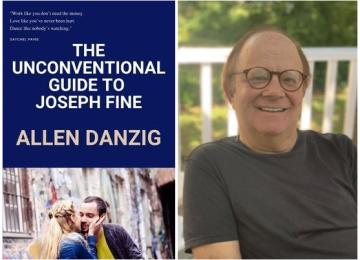 Allen Danzig - Romantic Comedy with a Witty Twist
FEATURED AUTHOR - Allen Danzig grew up in Little Silver, New Jersey, on the northern part of the Jersey Shore. In ninth grade, he went to Lawrenceville School where he became active in the environmental movement. It was February 1970, just before the first Earth Day, and his Algebra teacher assigned the Time Magazine cover story on environmental concerns, rather than the typical math homework. Danzig decided early on to be an environmental attorney. After law school, he worked at EPA in Washington D. C. and then… Read more