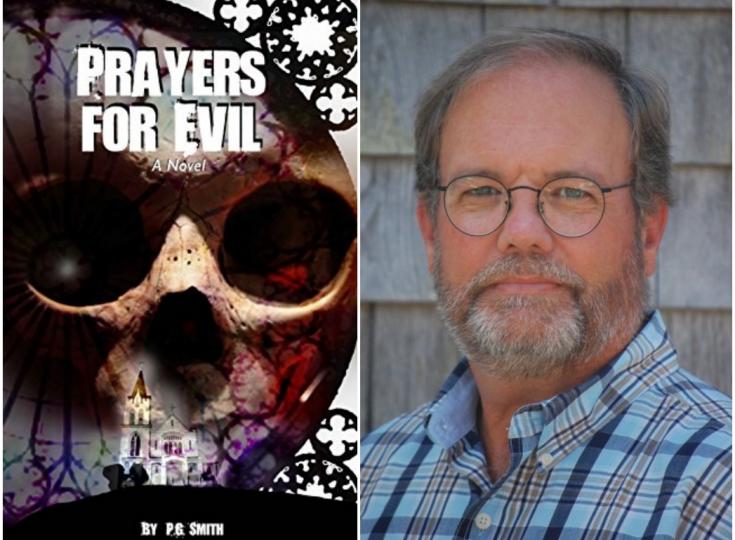 P.G. Smith is a former U.S.Army officer, public school administrator, special education teacher, and mental health counselor. While pursuing this wide variety of occupations, his writing has also appeared in periodicals to include Country Living, Military History, Canada's History, National Guard, Career World, and the Boston Globe. These days he divides his time between Boothbay Harbor, Maine and Ashburnham, Massachusetts. As our Author of the Day, he tells us all about his book, Prayers for Evil.

Please give us a short introduction to what Prayers for Evil is about.

"Prayers for Evil" is really a classic gothic horror novel - the kind I love to read. It's the story of a regular person - Chris Murphy - single Dad, jilted lover, good guy - trying to put his life back together after a marriage break-up. His job sends him to small-town Maine, where he finds a sizzling new romance and a very unexpected, and dangerous, evil force that seems to reside in the local church.

What strange accidents that befall citizens of a small town?

Stones tumble off roofs, trains run oversleeping vagrants, carbon monoxide overcomes a predator, but a strange illness befalls Chris' lover and that spurs him to action.

Why Ashton Falls? What drew you to this setting?

Small town Maine has always struck an interesting balance between charming and creepy for me. Ashton Falls is a blend of Maine villages that surround Boothbay Harbor where I live.

Your story reaches from the Dark Ages to Nazi Europe and Ashton Falls. Why did you take this approach?

Parts of this story actually came to me in a nightmare that involved a medieval curse. When I think about the ultimate evil, Nazi Germany and unfaithful priests come to mind. In some ways, this novel is a parable of the Catholic Church scandals, but child abuse was even too tragic and horrible for me to incorporate into a horror novel.

Tell us more about Chris Murphy. What makes him tick?

Chris is every man and woman. He works hard to support his family and loves his daughter more than anything. Sadly he chose a partner for the wrong reasons, and she took advantage of him (and haven't we all had a broken heart?) Sometimes he lets his libido do his thinking for him and his judgement isn't always rock solid. After his company moves him to Maine he catches a break and meets an attractive, intelligent woman who is also recovering from a bad breakup. But just when things are going his way...

I sadly lack gifts in other areas. However I once served as a U.S. Army Brigadier General, so someone must have thought I had leadership potential.

Readers say the book had them at the edge of their seats - how did you pull this off?

I tried to focus on telling a good story and just let the writing follow along.

The book contains some plot twists - did you plan them all out before you started writing, or did some of it just "happen" along the way?

In many ways I think this book was possessed. The first few chapters were lost in a computer freeze. After that I honestly didn't know where the plot was going - events in the story developed as I was writing.

What was the most challenging aspect of writing this story?

I think the most difficult part about writing a novel is keeping track of all the characters and subplots. Sometimes I had to take notes to keep track of everyone.

I'm not generally an emotional person, but I'm often surprised when I have to dry my eyes after writing a passage. I get more involved with my characters than I expected. 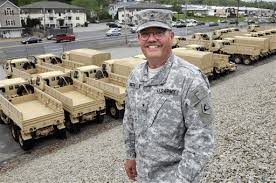 The theme of this novel is that the path leading to the darkest evil often begins with rigid beliefs in righteousness, sanctity, or holiness. We need only to look at the role religion plays in wars and terrorism to see that unquestioning religious dogma can lead to terrible suffering and loss. Religion can be a wonderful source of compassion, kindness, and comfort. But inflexible dogma and self-righteousness can result in cruelty, violence, and bloodshed as those who see themselves as holy impose their beliefs on others. I was involved in the response to the 2013 Boston Marathon Bombings and saw the tragic results of religious fanaticism.

I'm terribly undisciplined. I write in spurts of creativity, often for many hours at a time. I find it impossible to sit down and write for an hour - I can't shut off the creative urge.

I'm writing a memoir about my 36 years in the Army National Guard, which culminated in my role as Commander of the task force that responded to the 2013 Boston Marathon Bombings. I wanted to write something that's both touching and funny to help people understand the experience of military members and families. Watch for "Confessions of a Weekend Warrior" in bookstores soon!

My website is paulgregorysmith.com or e-mail me at [email protected]