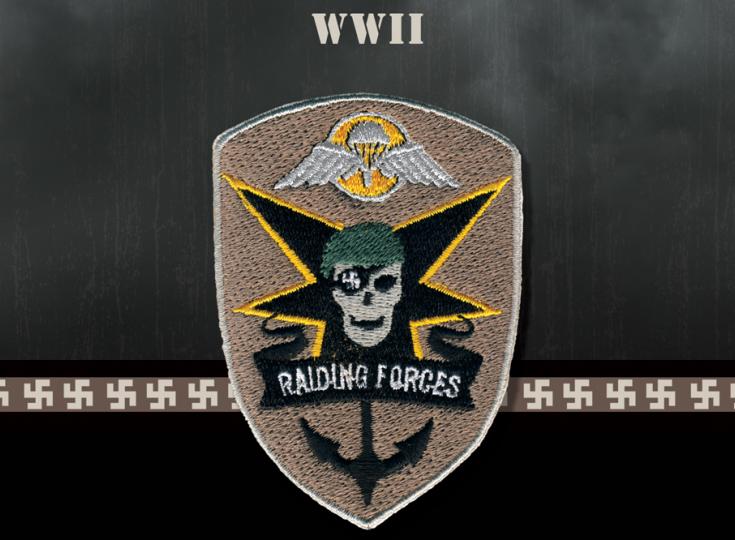 Phil Ward writes what he knows - military fiction. As a highly decorated combat veteran and former instructor at the US Army Ranger School, Ward has always wanted to write about the forerunner of the Rangers, the British Commandos. After a lot of research into WWII history, Ward published the first book in the Raiding Forces Series, Those Who Dare. It has been such a success that he is now working on book 10 in the series. As our Author of the Day, Ward chats about the history behind the book, reveals how many of the characters are based on real life people and talks about his combat experience.

Please give us a short introduction to what Those Who Dare is about.

Those Who Dare is the first book in the Raiding Forces Series. The book begins with the British Expeditionary Force being driven out of France. There was a little known last stand by a small band of Green Jackets at Calais that allowed the ‘Miracle of Dunkirk’—the evacuation of approx a half a million troops back to England. The main character in the series is an American volunteer named John Randal. He manages to bring out a small group of survivors after having delayed the German advance by blowing up a crucial bridge outside the town. After returning to England Randal is invited to help train the men that are planning the first Commando Raid, then goes on the raid which is a Key Stone Cops slap stick comedy as were nearly all of the first three or four Commando operations— learning on the job in the military can be like that. Randal is given command of a tiny unit that will conduct small pin-prick raids out of fast boats on the German Occupied French Coast. The unit which is eventually named Raiding Forces goes through No.1 British Parachute Training School, Commando training in Scotland at the Commando Castle before conducting the first British Airborne Raid of the war. The Raiding Forces Series will go all the way through WWII up to Victory in Europe Day.

What inspired you to write about hit-and-run raids against Hitler?

I graduated from the US Army Ranger School when I was nineteen years old which made me according to the Army Ranger Association one of the youngest officers to do so—I’m a Ranger interested in all things that have to do with their history. The British Commandos are the forerunner of the Rangers, they trained the 1st Ranger Battalion. I always wanted someone else to write this story so I could read it but they never did.

How much research did Those Who Dare require from you?

I was an Instructor at the Ranger School after returning from Vietnam, taught patrolling tactics at the University of Texas and Texas State, commanded and trained the Reconnaissance elements of the 71st Brigade Texas National Guard (Airborne) while I was in college and have done other military training missions. I always used WWII Commando, Ranger etc operations as part of my lectures. Plus I have an extensive WWII library so I would say I’ve done a fair amount of research—Those Who Dare and the rest of the series is all true except the parts I make up or get wrong.

You are a combat veteran - how many of your own experiences tend to end up in your book?

I had a very busy combat tour in a strike force commanded by the legendary Gunfighter Emerson—we raided out of helicopters on call twenty-four hours a day and quit counting our missions at over two hundred. We were in one major battle, approximately twenty-five multi-battalion firefights (no one was counting) and a bunch of small engagements. One or two things I experienced may have been the inspiration for some of the dialog, weapons and gunfights in the series.

You also chose to include some romance in the book - why?

Soldiers like to say they were simply saving the world for democracy but that ain’t always exactly so…besides the women in the series are all based on real people or in some cases they are a composite.(England had more women in uniform than any other country except Russia in WWII.)

Your characters are very relatable. Are any of them based on real people?

Many of the characters even very minor one were real people—Raiding Forces Series readers like to Google names as they read.

You describe the combat scenes with a lot of detail - how did you pull this off?

They say authors should write about what they know. Most of the action is based on real life operations. Sometimes a mission may be a composite of several missions and some are military legend but almost none are entirely made up.

The first rule of having secret skills is that they remain secret. I could tell you but then…well you get the idea.

Tell us about your writing habits. What does a typical writing day look like for you?

I binge write on weekends then edit what I wrote all week long.

Do you plot out your books before you start writing? Or do you let the story take you where it needs to go?

The books are based on historical fact, that much I know when I start a new book—after that what I do is try not get in a hurry and let the story tell itself—most of the time I have no idea what is going to happen next.

Book Ten in the series.