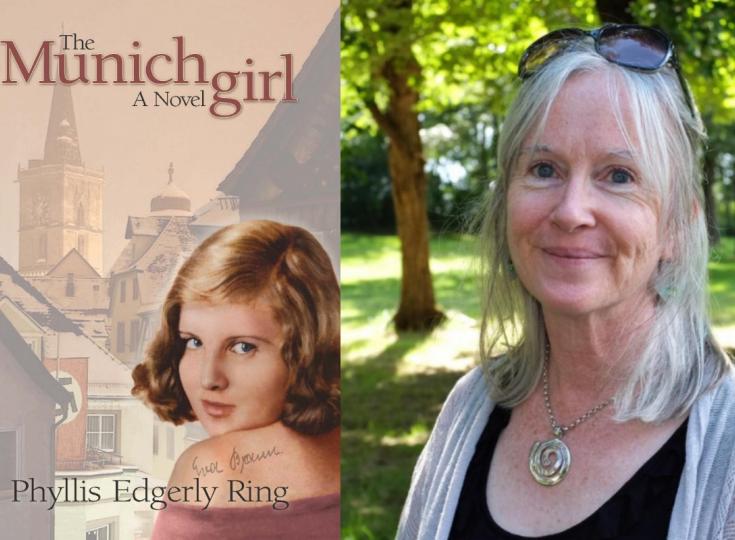 As she writes fiction and nonfiction, Phyllis Edgerly Ring watches for the noblest possibilities in the human heart. She's always curious to discover how history, culture, relationships, spirituality, and the natural world influence us and point the way for the human family on our shared journey.  As our Author of the Day, she tells us all about her book, The Munich Girl.

Please give us a short introduction to what The Munich Girl is about.

Anna Dahlberg grew up eating dinner under her father’s war-trophy portrait of Eva Braun. Fifty years after the war, she discovers what he never did—that her mother and Hitler’s mistress were friends. Plunged into the treacherous years of Nazi Germany, she uncovers a web of long-buried family secrets, along with the depths of her own heart.

What inspired you to write about someone who discovers that her mother had a secret friendship with Eva Braun?

My original intent was to explore the lives of everyday Germans during WWII. When research led me to Eva Braun, it opened up whole new questions, especially because she came from a background of everyday Germans – not what many would expect to be Hitler’s choice at all. When the question: “What if you had known Eva Braun, but hadn’t known the role she played in his life?” arose, the story’s momentum became unstoppable for me. Some who knew her had this experience, didn’t find out the truth of her situation until after her death, since she was required to remain an invisible secret in Hitler’s life.

Tell us more about Anna Dahlberg. What makes her tick?

Born in Germany at the end of the war and raised in the U.S, Anna has always felt like an outsider. She has suppressed her own life in support of her husband’s career and goals, much as her mother did, and Eva Braun did with Hitler. Once Anna begins to unravel the secrets behind her mother’s friendship with Hitler’s mistress, it becomes a trail that leads into the life of her own she has never claimed. 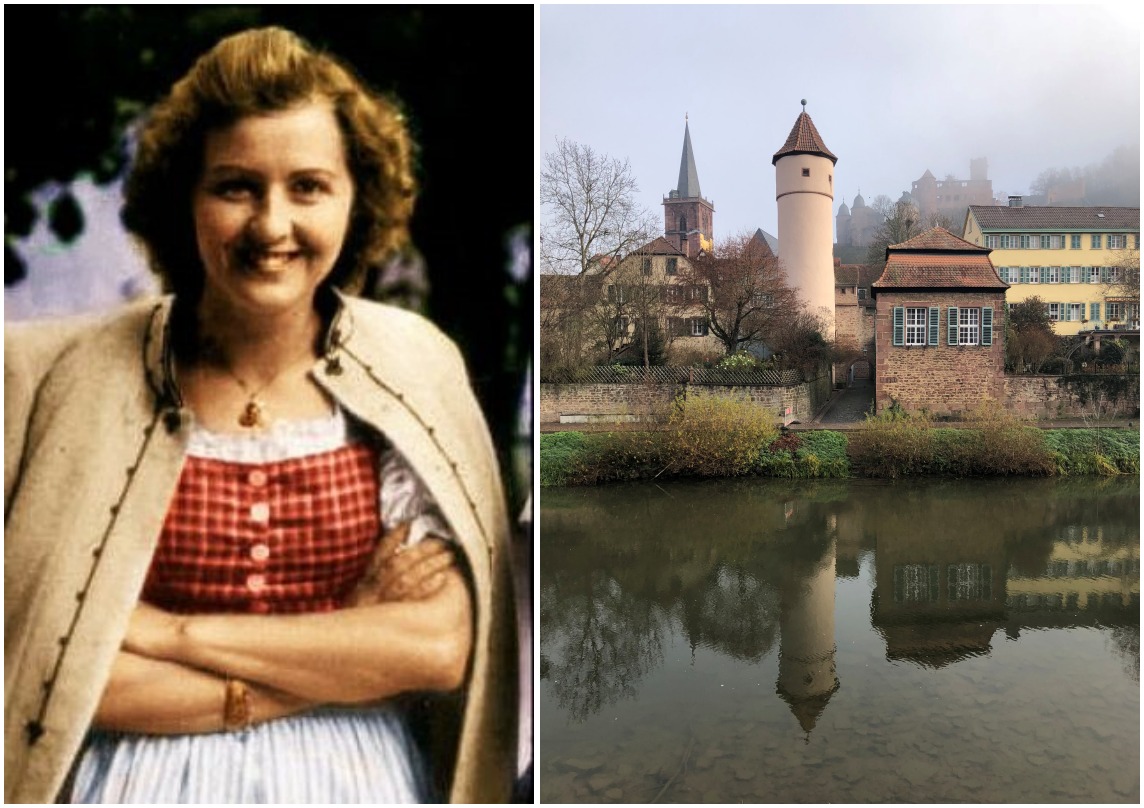 You spent childhood years in Germany, studied ecology, worked as a nurse and traveled all over the world. How has this influenced your writing and your world view?

Growing up in a military family, I felt both like an American and a world citizen. People’s interrelatedness with each other and our world are at the heart of everything I explore. I focused on friendship in a story set partly in Nazi Germany because friendships are what get people through terrible times, and are what helped many everyday Germans survive the war. They also helped protect and save those who were most vulnerable to persecution by the Nazis.

I was also intrigued by the paradox that people can know and care about each other yet never know about the parts of their lives that could seem to put them on different “sides.”

How much research did this novel require from you, to make the history-part of it ring true?

I did a heap of reading about that time period in Germany and about Eva Braun’s life. I watched the many hours of films she made and spent many more hours reviewing her hundreds of photographs. Then I made two trips to the U.S. National Archives to see photo albums of hers that were confiscated by the Allies after the war. I also spent writing time in about a half-dozen German locations that feature in the story.

What was the most interesting thing you discovered through your research?

Something I stumbled on unexpectedly became a major turning point that propelled the novel forward. While researching the Trials at Nuremberg, I discovered in one account of testimony that an action of Eva Braun’s in the last week of her life saved the lives of about 35,000 Allied prisoners of war. Two members of my mother’s family were among them.

Your book also explores how German citizens were forced to endure Hitler's reign. Please tell us more about this.

Similar to characters in my novel’s story, some of the kindest, most morally courageous people I knew were those Germans who never wanted the war, or National Socialism, and found creative ways to outlast it and to help others as they did. They found the way to endure and maintain hope in times of enormous destruction and suffering. And, they made meaningful choices wherever they could, mostly on behalf of others, more than themselves. Many events from their time were things they didn’t know about or couldn’t see coming, which, for me, makes judging them from the perspective we have today unrealistic and even unjust. I think the very fact that we don’t or won’t recognize this is why history, sadly, continues to repeat itself.

What was the most challenging aspect of writing The Munich Girl?

Aside from tracking historical accuracy, a question someone asked early on actually proved to be a helpful challenge: “How are you going to get readers past the fact it’s HER?” (Eva Braun). I knew that I wasn't. The reader’s journey depends entirely on the reader’s willingness.

Some may be unhappy that the story gives focus to someone associated with “such a monster.” The story never aimed to redeem her, but to look at the ways we come at truth and information, when human beings themselves are so very complex. Much of what had been written about Eva Braun was often incomplete, inaccurate, or even the details of a different person’s life. Yet these things have been widely accepted as truth. This made me wonder how much of the truth we miss because we approach finding it with ingrained, inherited — often blindly imitative — assumptions. In other words, how much do our biases trip us up before we even get started? 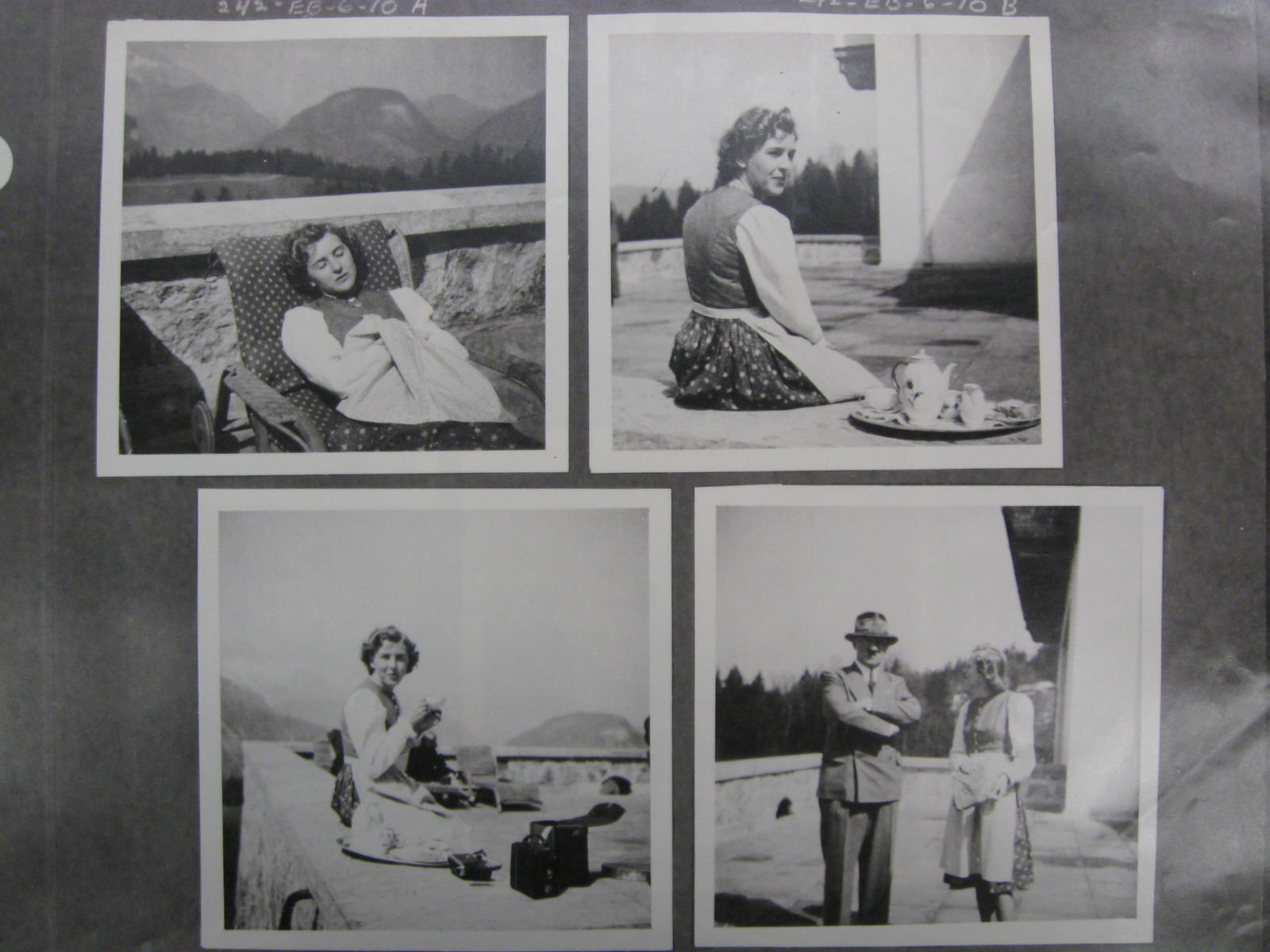 You’ve described exactly why it is that I do write: it always delivers the reward of discovery, plus often reveals what’s timely for me personally, in terms of inner growth. This, of course, requires that I do my part, which is to show up with interest and curiosity, prepared to be surprised by wonder.

Memoir – something I never expected or planned to write, anymore than I did a novel with Hitler’s wife as a character. I’m revisiting the cascade of synchronistic experiences that led the way through writing The Munich Girl, like spiritual breadcrumbs. They ranged from my unexpected discovery of Eva Braun’s portrait to a phone call that brought important research information, though neither I nor the person on the other end had initiated the call! That’s when I began to recognize undeniable, if mysterious, forces at work in the process.

I invite readers to visit my blog (https://phyllisedgerlyring.wordpress.com/), or say hello at my Facebook author page (https://www.facebook.com/PhyllisEdgerlyRing/).

There is information about my books on my Amazon Author page: