Raven Oak - When all the Swords are Pointing at You
Posted on 1st of September, 2018 by Naomi Bolton 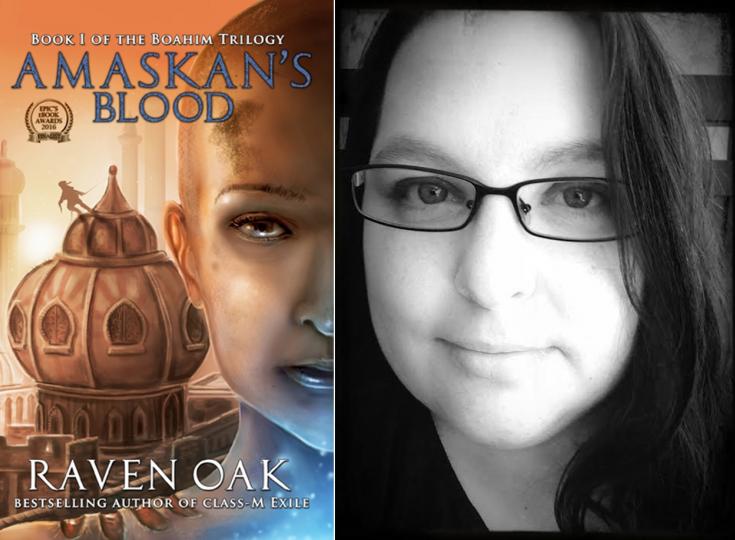 Bestselling speculative fiction author, Raven Oak, enjoys creating epic worlds where interesting cultures and political factions tend to clash. When she isn't plotting her next book or trying to keep her cats from the keyboard, she also loves staring at the ocean, or drawing intricate maps. As our author of the day, Oak reveals why Amaskan's Blood has been her most personal novel and talks about human nature, political intrigue and how nothing in the world is ever black and white.

Please give us a short introduction to Amaskan's Blood

Amaskan’s Blood is the story of a 19-year-old Amaskan (which is a sort of holy assassin) whose tasked with protecting the people of the Little Dozen Kingdoms. She’s sent by the Order of Amaska into the hands of her worst enemy—her father—where she tumbles dagger-first into the Boahim Senate’s political schemes and finds that magic is very much alive and well in the Little Dozen Kingdoms. Another author said it was like “If George R. R. Martin wrote [Disney’s] Tangled,” which I find to be an apt comparison.

Amaskan's Blood was very well received and was a finalist in the 2016 Epic awards.  What surprised you most about reader feedback for the book?

It’s been compared to everything from George R. R. Martin to Patricia Briggs, all of which are authors I adore. I didn’t expect my first published book to get the high ratings and reviews that I have.

How is Amaskan's Blood different from other fantasy books?

I’ve been told (by readers) that it’s much more approachable than most fantasy books. If someone’s on the fence about whether or not they like fantasy as a genre, this book tends to hook them in. Yet the book has the world-building and depth that is expected of the genre.

Why do you call Amaskan's Blood the most personal novel you have written so far?

The main character (Adelei) finds herself with a family she never asked for, which is something I discovered about the same time I was writing it when I reconnected with estranged family. Suddenly I had sisters I never had and expectations put upon me. I didn’t know what I wanted out of the new relationships any more than Adelei did, which unconsciously went into the writing. There is a lot of myself in Adelei, which wasn’t exactly intentional but worked well.

You provide a map in your books. How much plotting and planning did it require from you to create the world in your book?

A LOT. I’m a firm believer in depth while writing, be it in character or plot arcs, research, or world-building. In this case, each of the Little Dozen Kingdoms has their own cultures. Some share languages while others speak their own tongues, all of which are linguistically based on actual languages. I wanted everything to feel authentic and believable, and yet unique.

Your book is filled with political intrigue.  Why did you take this approach?

Political intrigue is a staple of the epic-fantasy genre. It’s why people enjoy Game of Thrones and Lord of the Rings as it’s what gives us that good vs. evil struggle and the sometimes unlikely hero who saves the day. I wanted to take something seen as evil, in this case assassins, and give them purpose. Amaskans are more of a half-assassin, half-monk type and truly believe they are doing good works for the gods. Toss in kings and magic and well, there’s your political intrigue.

Ida. She’s such a bad-ass. We don’t often see warrior women in their 50’s who still kick butt. I would take her to the Great Wall of China because I think she’d appreciate the history that went into such a thing.

With Amaskan’s Blood, I would say the message would be that we are all 1 bad day away from doing the unthinkable, and because of that, we are more alike our enemies than we think. Nothing is black and white. Nothing is that simple. 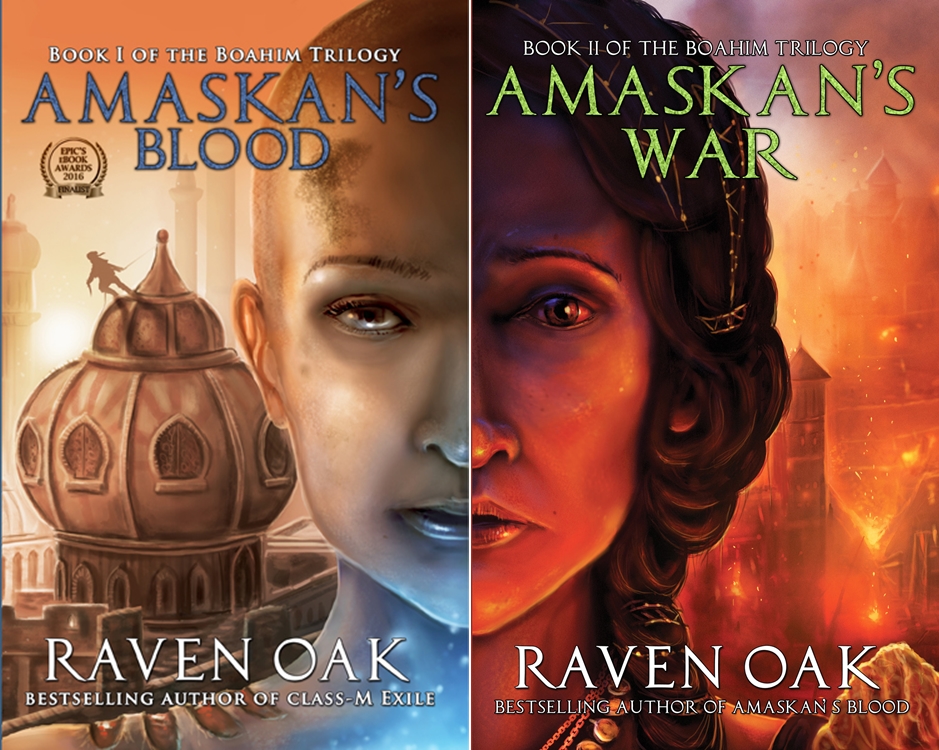 It’s not in the book, but it’s a favorite of mine from the book blurb: “They say the truth depends on which side of the sword one stands, but they never said what to do when all the swords are pointing at you.”It goes along with that idea that we have a lot more in common with our enemies than we like to admit. Our truth is ours, but that doesn’t necessarily make it THE truth. We like to believe that it is. And when people are backed into a corner, it’s easy for things to go awry.

I write daily. It’s my job, so I make sure I treat it as such meaning that I put in a full day’s time. I tend to brainstorm with pen, but write on my laptop.

Absolutely! Holidays come to mind. Or days when I have a migraine. I try to get my daily word count in anyway, even if I have to scratch it later.

What was your greatest challenge when writing Amaskan's Blood?

Weaving together all the subplots was definitely the greatest challenge. Once I figured it out in the second draft, revisions and rewriting went a lot faster.

Cartography—I made the map in the book. I’m also a musician and computer geek with a master’s degree in CECS. (I was 3 classes short of a Bachelor’s degree in Music Composition & Theory at graduation.) I’ve also got a background in freelance web and graphic design. Despite my ever-changing major, I’ve always known I wanted to write.