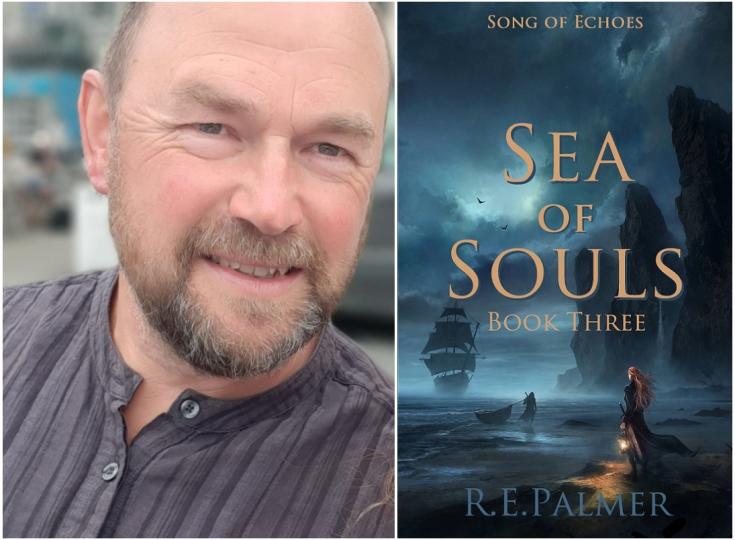 R.E. Palmer was born in Solihull, England. After ten years as a computer programmer, he left to train as an Alexander Technique teacher to follow his main interest - sports performance, and he has since written three books for athletes and golfers. From an early age, he loved to read and soon developed a love of sci-fi, fantasy, and horror. After writing a number of short stories since his late teens, he finally completed his first novel in 2012; SKY. The sequel, Stargazers, came out in June 2013. Between 2016 and 2018 he published a dystopian trilogy, The Never Dawn. His current project is an epic fantasy series, Song of Echoes. The first book in the five-book series was published in 2020, the second, Age of Shadows came out in 2021, and the third, Sea of Souls is due out in September 2022. As our Author of the Day, he tells us all about Song of Echoes.

Please give us a short introduction to what Song of Echoes is about.

Song of Echoes is a traditional epic fantasy story of good versus evil. But it also has a thread of mystery running through it, as not everything is as what it first appears to be. There’s loyalty, betrayal, battles, and a magic system that both creates and corrupts and can be as much a danger to those wielding it, as those on the receiving end. So, a bit of something for everyone, I hope!

I have always had a passion for fighting injustice in all walks of life. This is a story of the underdog finding the courage to take a stand against a powerful aggressor.

Why did you decide to write an Epic Fantasy series? What drew you to the genre?

Ever since I first read The Hobbit by J.R.R. Tolkien when I was ten, I became fascinated by these new worlds with magic and lore of their own. I’ve read many fantasy books, but it’s the epic sub-genre that keeps me coming back. I’ve written horror, science fiction, and dystopian stories but always wanted to try my hand at epic fantasy. I was reluctant initially as it’s my favorite, plus it’s not the easiest to get right in my view. I plan to write five books in the Song of Echoes series. 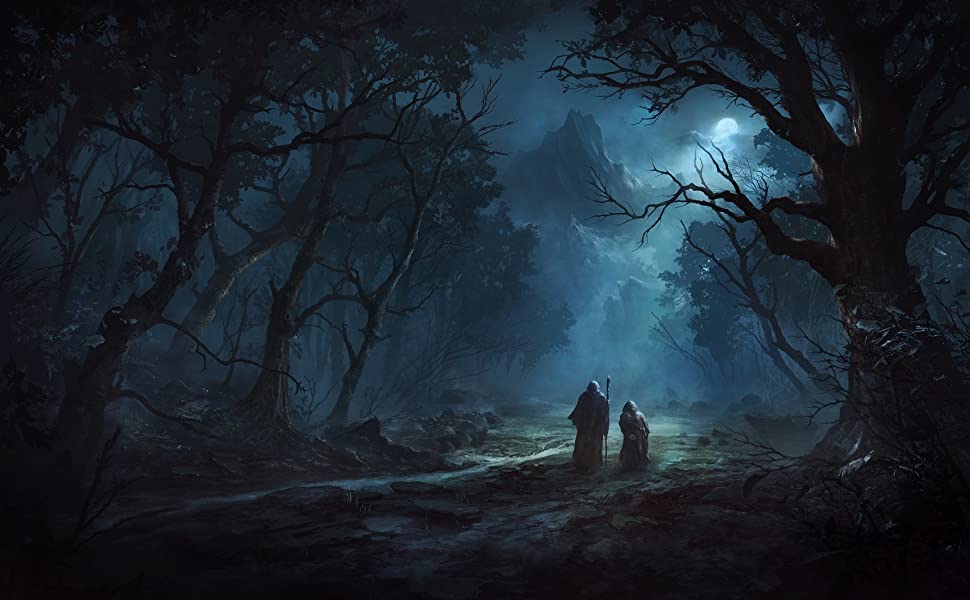 Tell us more about Elodi.  What makes her so special?

Firstly, she’s based on the women I’ve known: my grandmother, my mother, and my wife and daughter. They are determined, strong, truthful, pragmatic, and have a great sense of humor. Elodi has the role of leader of her realm thrust upon her following the sudden death of her father. Despite her young age, she accepts the responsibility without a second thought and fights for the good of her people. Elodi isn’t afraid to stand up to those in authority when she believes they are wrong. She is also an accomplished rider and sword fighter, which by itself makes anyone special in my book… literally!

I studied karate in the past and held a 2nd Degree Black belt. While I no longer train formally, I still practice at home and like to think I could still hold my own in a confrontation. It also helps to have an understanding of combat when writing fight scenes. Also, I can mimic the sound my wife’s phone makes when she gets a text – but I’ve yet to find a practical use for that :0)

There are rules of the magic system. Regardless of whether it’s fantasy, the world still has to appear believable. I spent a long time working out these rules as it’s central to the story. My world was created by the daughters of the gods known as the Three Maidens. Their Song of Creation gave life to every living being in the world, each with their own unique Verse. Every event also creates a new Verse. Those who can hear the ‘echoes’ of these Verses, can also pull the past into the present, or even alter the past of an adversary. But this takes great effort and is not always available to both the ‘goodies’ and ‘baddies’. Readers learn of this system along with Toryn as he makes his journey through the story. This process continues through the first three books as he develops his skills and has to apply this magic in more dangerous situations.

It sure does! While I enjoy challenging my imagination to write about the surreal, while also keeping it believable, it’s the names I struggle with. Every character, town, village, river, lake, and imaginary creature needs a name. Some I create by changing one letter in a ‘real’ world name, others are sometimes a typo that I feel can be better than the original I came up with. Whereas some are a painstaking process of working with different sounds and spellings. However, I find it frustrating when I think I have the perfect name for a character, only to Google it and find it’s already the name of a character in another book, or Warhammer and the like. Another idea I had is to make a fantasy name for my beta readers as a thanks. The characters Eryn, Amyndra, and Janae in the second and third books are an example.

Loyalty and duty have always been important to me. The world is a better place to live if we are true to our families, friends, and ourselves. Another is taking responsibility for our own actions and not backing down in the face of a challenge or hardship. More recently, I find the ability to question everything and not to take things at face value is another useful and important trait of human nature if we are to progress. I bring these qualities to my book through my characters.

Now I have to go back and read it all over again :0) This is up there with my favorite lines. ‘‘Our traditions keep us on the straight and narrow, lad. Without them, we’re as bad as the dark creatures roaming the wilds.’ This is a line delivered by Hamar, a retired Archonian Guard, to Toryn and his friend. They are questioning why they have to partake in certain traditions that seem pointless. For me, this approach was a lifesaver during the Covid lockdowns when I couldn’t teach or coach, and I also struggled to write at first. I think as you get older, traditions, whether family or religious, do become more important as they help to maintain a general order of things. And of course, if they weren’t important, or loved by those who maintain them, they wouldn’t be a tradition in the first place!

I guess I do write these books for myself, but as a lover of epic fantasy, I hope it appeals to others with the same passion.

I use the ‘what if’ question. I find it’s a great way to develop an idea for a story. Song of Echoes came about from ‘what if everything you thought was true turned out to be a lie?’ Then before I start writing, I make sure it’s something I can work with by creating a world and imagining who would live there. Followed by how would these people have been shaped by the geographical features of their location? And then, because it’s a fantasy world, I set about drawing a map on this occasion. When that took shape, I found I had convinced myself this felt like a real world and just the place to set a story.

I used to try and write the perfect scene at the first attempt – then I quickly came to realize this is unrealistic. So now I focus on ‘getting the story down first, regardless’, accepting the first draft will be far from perfect. I don’t set aside a given time as my day job as a teacher of the Alexander Technique, and also athletics coach, which means I’m working at all hours. So, I write whenever I have a free hour or two, wherever I find myself – and yes, I’m that guy with the laptop sitting in a coffee shop :0) I often find my best ideas come to me just as I’m about to fall asleep, which means I often get up and make notes before I forget. Oddly, I rarely write when at home – not sure why, but it’s turned out that way.

I’m currently working on ‘Sea of Souls’ which is the third book in the Song of Echoes series. But I also jot down ideas for future projects. I would like to attempt an urban fantasy next and have an idea based around the return of King Arthur set in the heart of rural England.

My website is www.frontrunnerbooks.com. I have a newsletter and contact form. I love to engage with my readers so will always respond to emails – I get about one a week at the moment, so it’s not like it’s hard work :0)