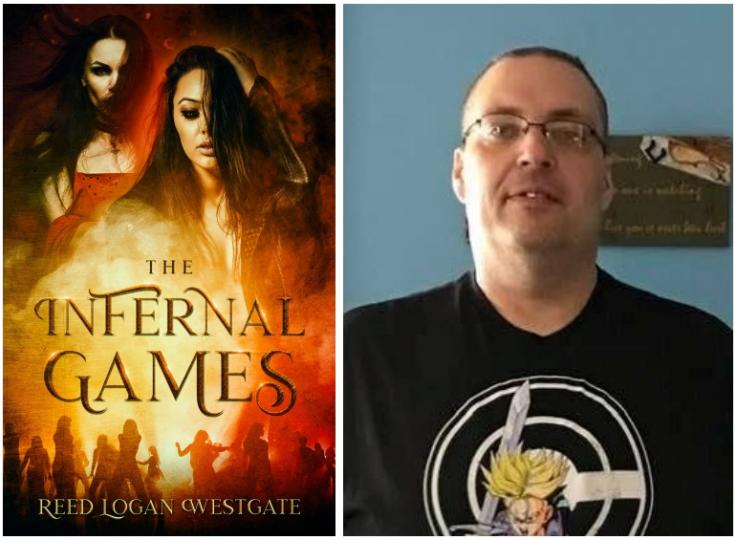 Reed Logan Westgate was born in Sanford, Maine and attended college in Dover, New Hampshire where he studied Accounting and Finance. He currently works for a non-profit social service agency in the finance department. He married his dream girl whom he met in grade school. They have a loving family with two beautiful daughters. In his spare time, he enjoys tabletop gaming, roleplaying games, and fishing. As our Author of the Day, he tells us all about his book, The Infernal Games.

Please give us a short introduction to what The Infernal Games is about.

The Infernal Games is the introductory book in the Baku Series. The story follows Xlina, the daughter of a druid and an awakened legend, who gets swept up in a power struggle between two rival arch demons. Along the way she meets Oxivius, a necromancer who has been exiled to Otherworld by the Council of Magic. Oxivius challenges Xlina’s perception of good and evil in the world around her as she struggles to come to terms with her demon mark.

I had been flirting in the fantasy genre for quite some time, but everything I produced just fell flat to me. My best friend suggested I try switching genres and I dove in writing the prologue and chapter one. The urban fantasy genre just clicked for me and the consensus from those around me was that I had found something special.

Tell us more about Xlina. What makes her so special?

Xlina was born into a family of druids. Traditionally speaking Druids were a male dominated patriarchy so in The Infernal Games I tried to imagine what it would look like for a daughter of a druid with dangerous and uncontrollable magic. This leads her to feeling isolated and alone making her vulnerable to the demons watching her. As she struggles to rid herself of the demon mark she confronts the dogma by which she was raised and realizes nothing is as simple as her upbringing would have her believe.

Where did the dream-eater idea come from?

As I was forming the concept for Xlina I realized I wanted her to feed on fear and to harness the power as a weapon. As I poured through myths, I came across the Baku in Japanese lore. Legends say that the Baku can come into a child's room and devour the bad dream, allowing the child to go back to sleep peacefully. However, calling to the baku must be done sparingly, because if he remains hungry after eating one's nightmare, he may also devour their hopes and desires as well, leaving them to live an empty life. Dream magic fit well into the world I was crafting, and the concept felt like it had not been overdone.

Where does your love for Sci-Fi and Fantasy as a genre come from?

My grandmother Rosey raised us while my parents worked. She did not have the privilege of a good education and so she focused us on reading early on trying to give us an appreciation for what she didn’t have. While we hated it at the time as an adult, I am thankful for all her efforts as I grew up reading at a much higher level than my peers. She instilled the love of reading in me. At first, I read everything, not really having a favored genre. Then I found The Eye of the Hunter by Dennis McKiernan and I was hooked. I did not even realize it was a part of a series. I just loved the cover. After that I branched into tabletop roleplaying games. Growing up in the 80’s and 90’s my friends and I played Dungeons and Dragons and Warhammer.

This is Book One in the Baku series. Can it be read as a standalone? How do the other books in the series tie in with this one?

I definitely think the book can stand alone. I did not really know if I would be successful when I started out so I wanted The Infernal Games to end on a note where the reader would feel complete, yet there would be an opening for the story to continue. That way if I couldn’t finish the larger story I had planned I would at least have some level of closure as a standalone novel. Once I finished The Infernal Games, I knew I could not stop. I felt like I needed to finish telling Xlina and Oxivius’ story.

The next book The Dirge of the Dead launches on September first and picks up moments after the last line in the epilogue. I’m really excited to share the next step of the adventure with the audience and hope they enjoy it as much as I enjoyed writing it.

Amber Sedgewick. Originally Amber was meant to be just a human adversary in the spirit of the mean girl. She was intended to give Xlina mundane challenges to counter the magical ones. However, as the book progressed, she felt shallow. Like she was just this random nuisance for the main character. Thanks to the nudging of my daughter Emma, I revisited Amber and started fleshing out her motivations. As her backstory developed, she became so much more.

Honestly, it is not the nerves of whether people will read my work or even if it will be universally hated. The hardest part is the time it takes to do the writing. I love story telling, I love sitting and building this world to be shared. At the end of the day though, the real sacrifice is the time taken from my family. Hours and hours of work gets poured into each book. For an author just starting out, my writing time is outside of my normal work week. Often, I spend vacations and weekends working on my next book. That is the time my family and I give up in pursuit of my dream. When I put something out there and it does not perform well there is this nagging in my head like I have taken something precious from them that can never be given back. It is a hard balance. Fortunately, the people around me are very supportive of my work and my wife Amanda is great at reminding me about balance.

The overarching moral to the Baku series is to question the norms. The dogma and traditions that fill our daily lives and become rooted in our personal beliefs. Xlina represents chaos pulling against the way things are. Her brother Arrivan represents the Order. The following of tradition. As the series progresses the two need to reconcile their very different viewpoints and allow something new to be created which honors the history that got us here but is cognizant of the changing road ahead. In a way it is a social commentary on the need for a similar duality in our everyday lives. A challenge if you will for the reader to expand the grey area between the two extremes. 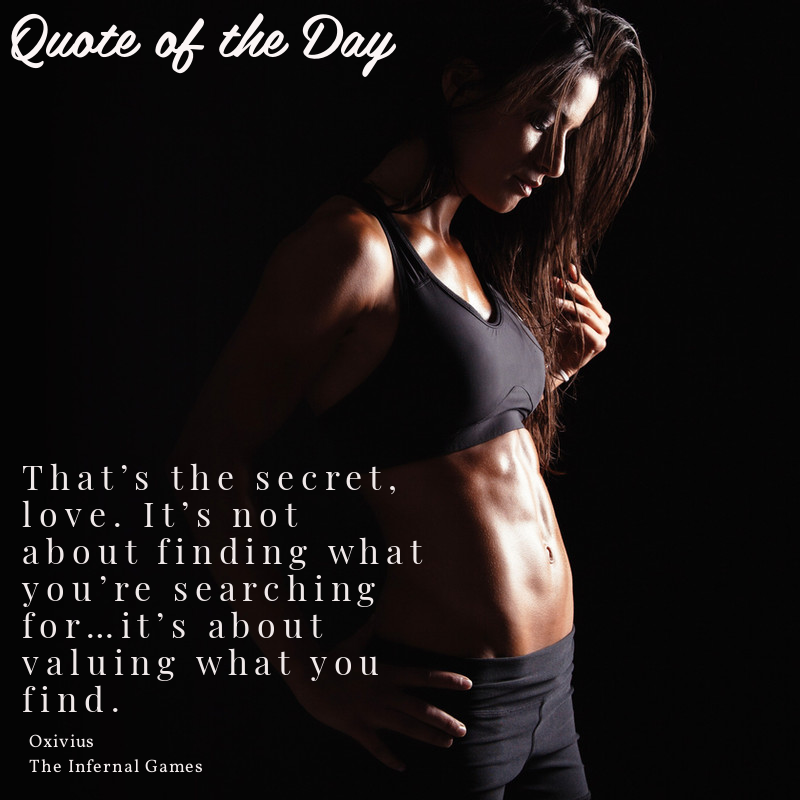 I set weekly goals and milestones to keep me on track. I think once you have started down the path and introduced people to your world you can’t just leave them hanging waiting on the next installment. I also think writing is a skill that needs to be nurtured. It needs to be exercised regularly.

I schedule my writing time with my family. Whether it’s a vacation from my day job or the weekend I set clear parameters that I am setting a certain day or time aside to focus on my writing. Then I sit and find a nice instrumental soundtrack. When I am writing Xlina I prefer gentler Celtic and fantasy musical tracks. When I am doing Oxivius I prefer darker gothic music. There is a ton of great stuff out there. It must be instrumental only. Lyrics seem to break my concentration. Then I sit down and just let the scene play out.

Dirge of the Dead is in editing and will be my big push for August to meet the September 1 release. I am also putting out weekly content on the new Vella platform under the title The Druid of Morrigu which follows Xlina’s brother Arrivan. I have already started book three and am hoping once I have the three books completed to have them all done up in audio format with the same narrator.

I originally planned on a three-book arc. After that, if the series is doing well and has traction I would love to keep going. 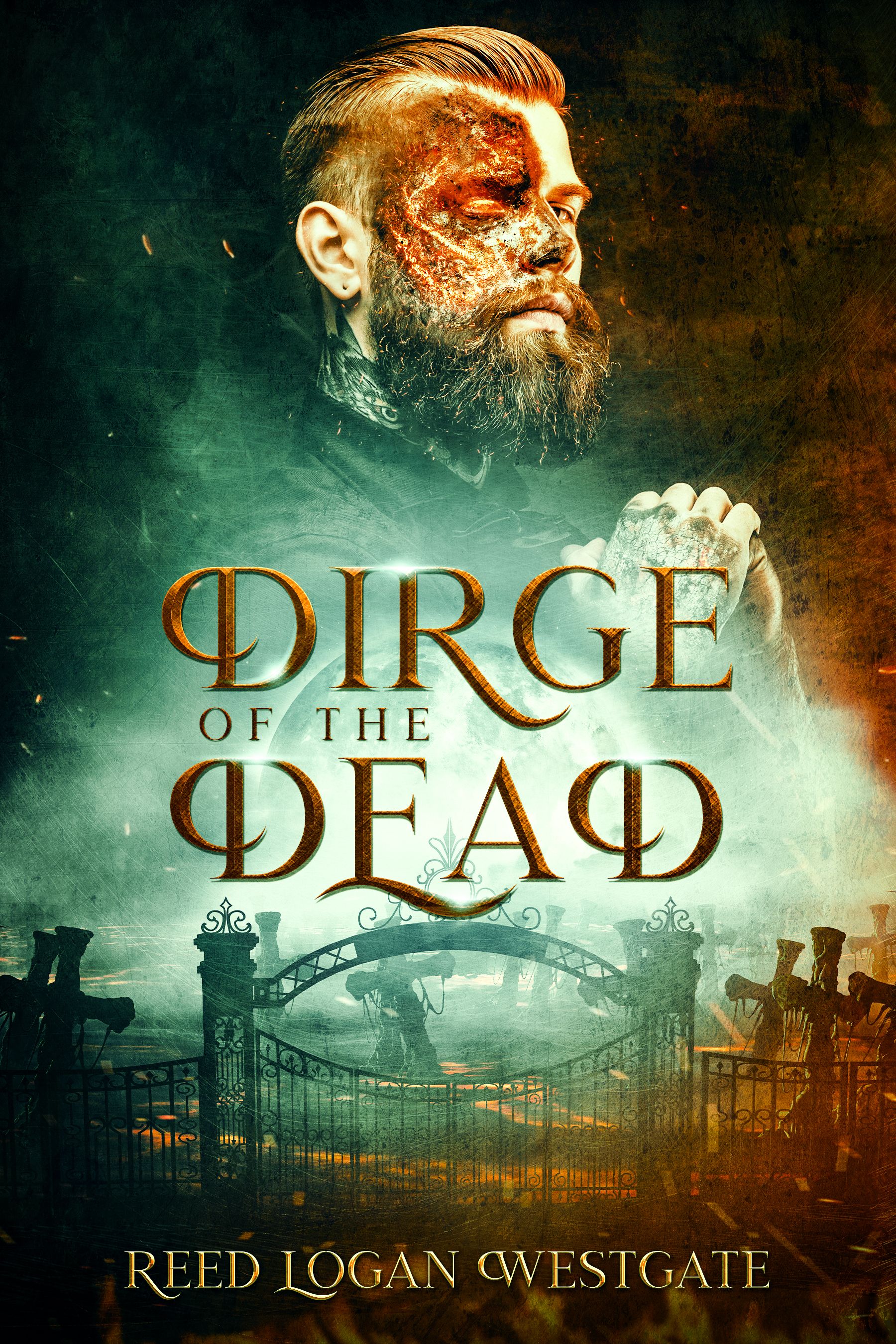 I can be found at www.rlwestgate.com and on Facebook at https://www.facebook.com/reedloganwestgate 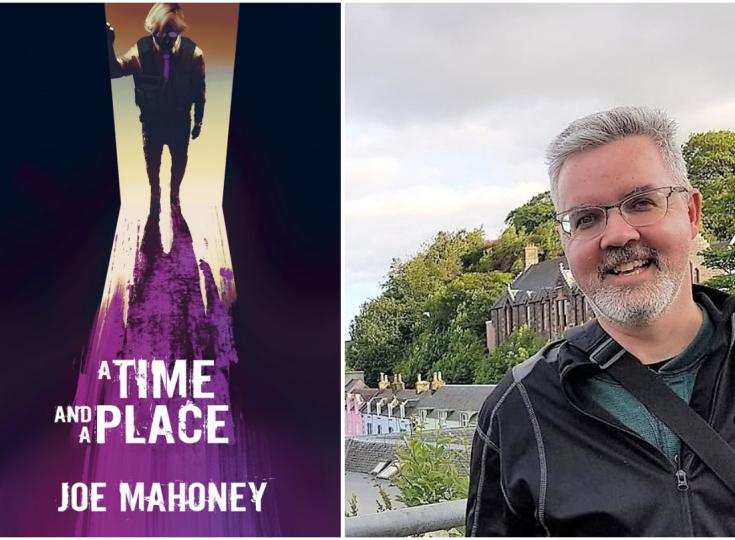 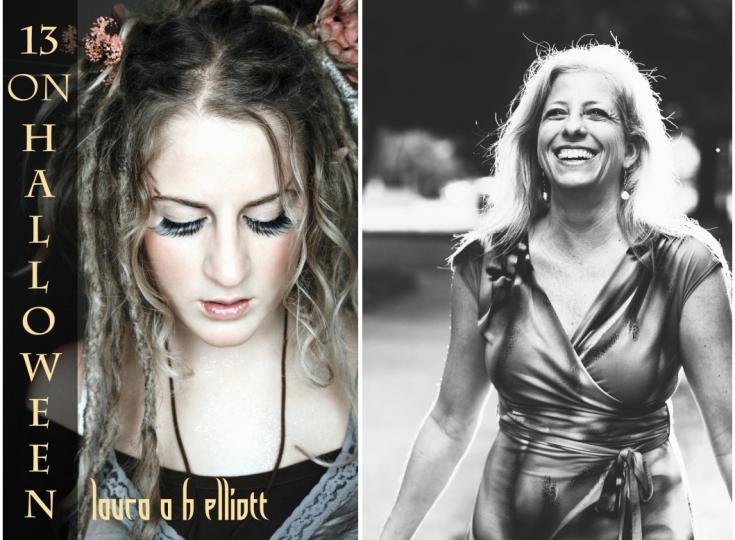 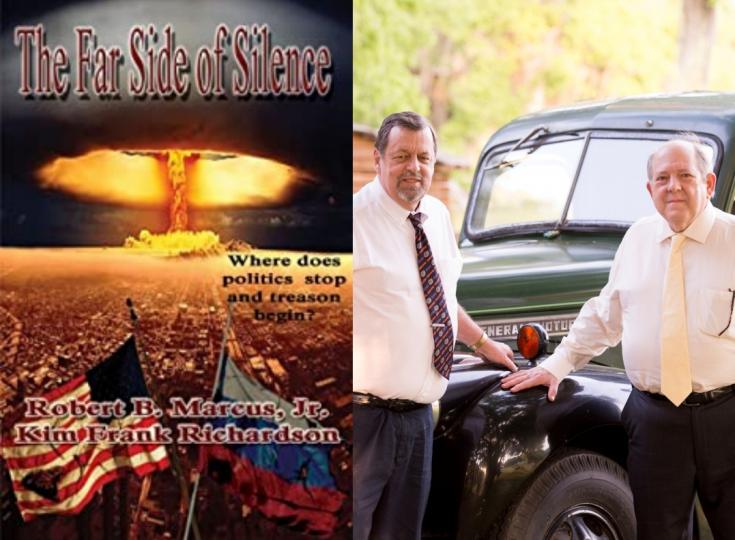 Robert B. Marcus Jr. and Kim Frank Richardson - Suspense and Intrigue Along with Some Plot Twists 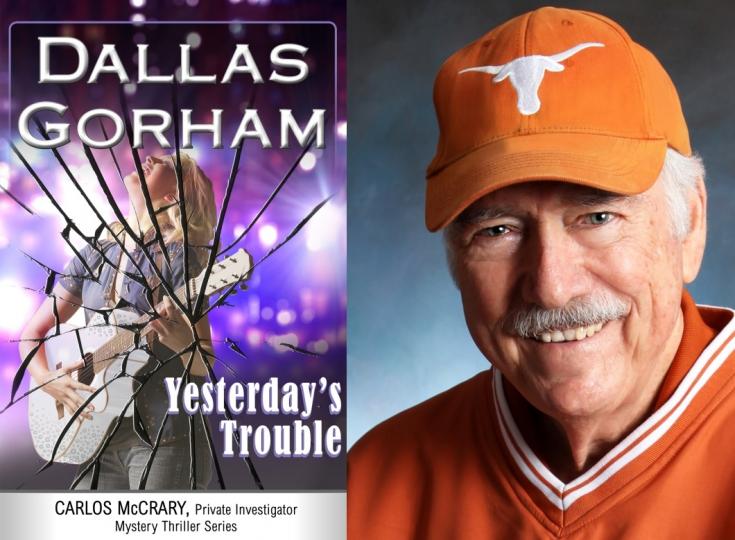 Dallas Gorham - Murder, Mystery, and General Mayhem With a Touch of Humor
Sign up