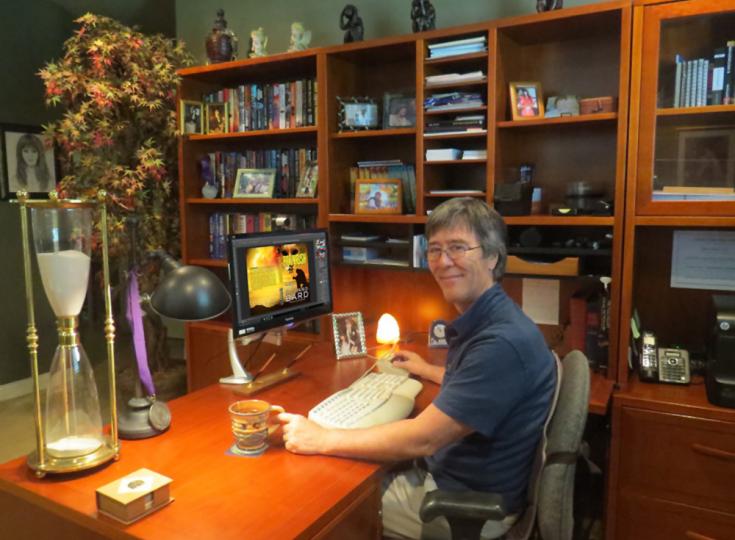 When #1 Wall Street Journal bestselling author, Richard Bard, writes his gripping novels about loyalty, love and second chances, he often draws from personal experience to create very relatable characters. In this interview Bard reveals what sparked his Brainrush novels, gives us insights in his self-publishing success story and talks about how cancer changed his outlook on life.

Please give us a short introduction to Brainrush

Brainrush is a story about second chances and embracing each day of your life as though it’s your last. It was a natural first step in my writing since the protagonist’s emotional journey—as an ex-Air Force pilot who faced a terminal diagnosis—parallels my own. Here’s the short pitch:

When terminally ill combat pilot Jake Bronson emerges from an MRI with extraordinary cognitive powers, everyone wants a piece of his talent--including Battista, one of the world's most dangerous terrorists. To save a woman and her autistic child, Jake is thrust into a deadly chase that leads from the beaches of California, to the canals of Venice, the Grand Casino of Monte Carlo, and finally to an ancient cavern in the Hindu Kush Mountains of Afghanistan--where Jake discovers his newfound talents carry a hidden price that threatens the entire human race.

What was the spark that inspired the plot of the story?

I was astounded to learn that there are a growing number of cases where ordinary people suffer a head injury and then immediately develop incredible mental abilities—like photographic memory, math skills, or artistic talents.  Doesn’t that mean those “gifts” lie dormant in all of us just waiting to be unlocked?  When I discovered that scientists are developing ways to tap into those abilities organically, the concept grabbed hold of my imagination. What would it be like to be “gifted” with the flip of a switch?  And what would happen if the wrong people grabbed hold of that technology?  Brainrush was born.

What made you choose Venice, Italy, as one of the settings for Brainrush?

I love being transported to rich and interesting locations by the books I read. Whether they be grand cities around the world like Rome, Amsterdam, Hong Kong, or Geneva, or so many others, or the depths of nature in a foreboding rain forest, an ancient cavern, or an underground river, I want to soak them all in through the senses of the characters. I’ve done a lot of traveling in my life, and I’ve always been enamored by Venice. So I chose to start my writing career by renting a 420-year-old apartment in the San Polo district of Venice for six weeks. I cut off contact with the rest of the world, and dove into the culture, enjoying the sights, the smells, the tastes, and the people. I walked, and toured, and lingered every day, and then wrote in the afternoons. At night, when the sidewalks were quiet, I ran pretend chase scenes down the alleys, snapping photos, checking distances. It was amazing. What better place to make home for the heroine of my story?

Brainrush is the first book in the Brainrush series. It was also your debut novel. How long did it take you to find an agent and get it published?

I was lucky to have landed an agent shortly after I finished my first book. I’d posted the unpublished manuscript on Authonomy.com, a Harper Collins website. Based on votes from readers and fellow writers, the book rose to the #1 slot above 9,000 others (which knocked me off my feet!) That attracted the interest of a film producer. When he learned I was not yet represented, he sent an agent my way. How cool is that? However, in the months that followed, my new agent was unable to sell the book to a traditional publisher. Several editors showed an interest, but ultimately the cross-genre nature of the book made it difficult to pigeon hole from a marketing standpoint. So they passed. A year later, when I was nearly finished with the sequel, I elected to go the Indie route with Amazon. I said a tearful goodbye to my agent and struck out on my own. A few months later, the book rose to the top of the charts on Amazon, and was listed in the Wall Street Journal as the #1 Bestselling Action/Adventure in their "Readers Guide to Self-Published Big Sellers.” Whew! 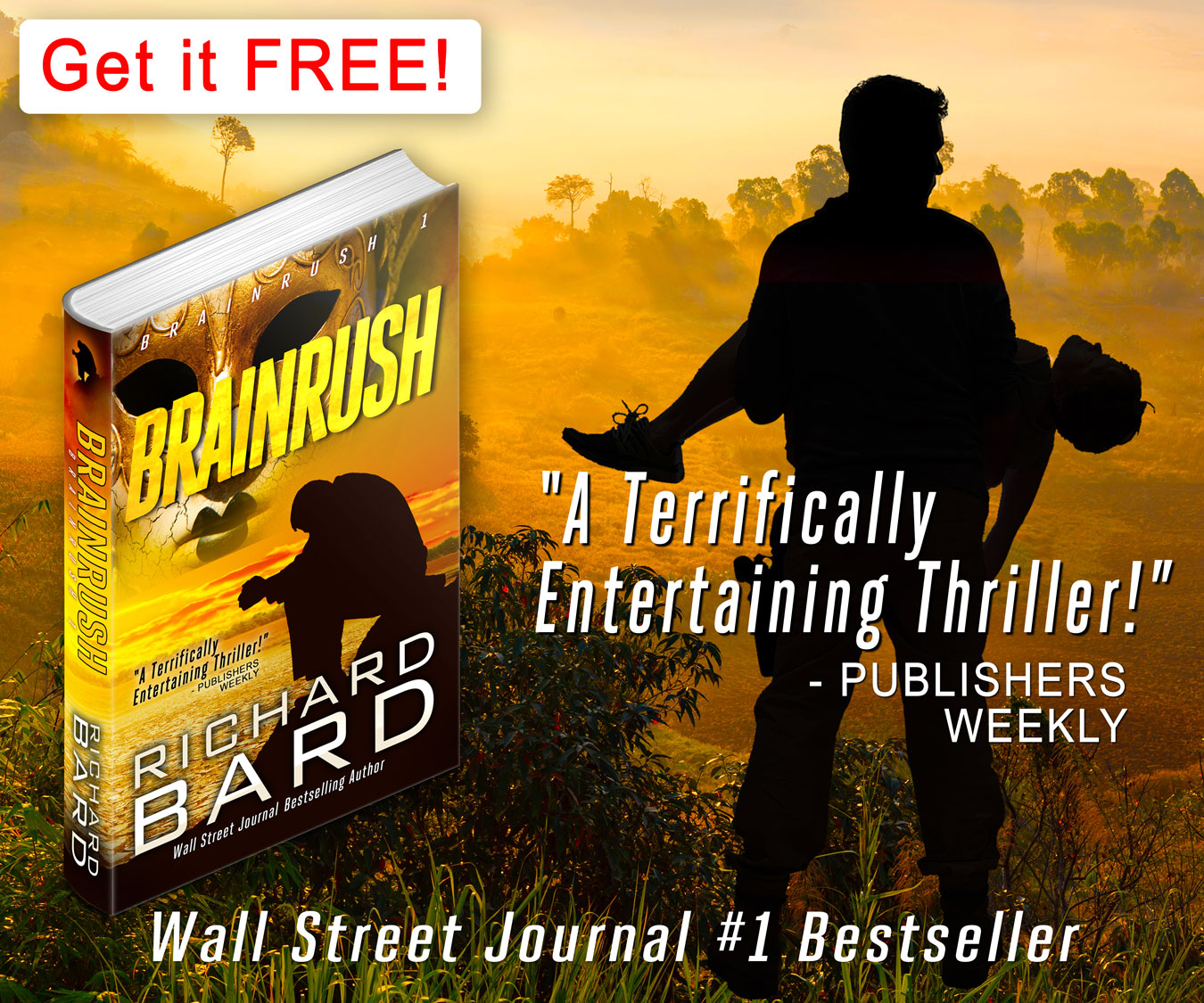 What is your inspiration?

I’ve been an avid reader and movie-goer most of my life. So stories have been my constant companion.  The natural result was a very active imagination and a unique perspective on what works and what doesn’t, at least for me as a reader or viewer. When I create a story, I fashion it into something that I would personally enjoy. That means it better be a page turner.

Did you ever think you would become an author?

While I’d thought about it from time to time, I never suspected that I’d actually do it. But when I left the business world I found myself with a lot of time on my hands and plenty of stories in my head. So I decided to learn more by attending classes at UCLA. They have a terrific writing program. Most of the instructors are published professionals. With their encouragement, and that of fellow students in many workshops, my writing improved. It wasn’t long before I couldn’t wait to share the next chapter in class, anxious for feedback. Eventually, it became an obsession. Now, I can’t imagine doing anything else. I’ve loved two ‘jobs’ in my life. The first was flying. The second is writing.

You went from being an Indie author to a traditionally published one. What did you learn from the experience?

The wild success of the first two books of the series, which I self-published, landed me a top New York agent and a significant 3-book deal with Thomas & Mercer of Amazon Publishing. After doing everything on my own for so long, from book covers, to paperback printing, to audiobook production, and all the advertising and marketing—I was absolutely thrilled with the prospect of being taken in by a major publisher. The experience was very satisfying, and it allowed me to focus on my writing. I have to admit, however, that despite the continued success of the series, a growing part of me missed having control of the reins. So I was quite pleased when I was able to negotiate a reversion of the book rights back to me earlier this year. It opened the door to opportunities that were otherwise unavailable. For example, I’m thrilled that I can now offer the first book in the series for free. That wouldn’t have been possible before.

You specialize in action thrillers, but with a bit of a science fiction twist. What drew you to this genre and do you have your sights set on any other genres?

All the pros say an author should write what they like to read. I’m no exception. I’m drawn to fast moving stories with everyday characters who are thrown into extraordinary situations. And I’ve always believed there is much more to life than what meets the eye. There’s magic in the world, and I like my stories to skirt the edges of its mysteries. But I also love stories that dig into the emotions of the characters, that stretch the bonds of friendship, love, and family. I doubt any of that will change in my future books.

What made you decide to include a focus on autism and spectrum disorders in Brainrush?

When I started my research for Brainrush in 2008, the Autism Society of America posted statistics showing that autism affected 1 in 150 births. It now affects 1 in 68 births. The more visibility the topic receives, the better the chances of early detection, treatment and, hopefully, a cure.

My father had a genius level IQ.  He died of Alzheimer’s, betrayed by his brain. I can’t begin to imagine how horrible that must have felt for him. It’s difficult to wrap words around my motivations. But, somehow, shining a positive light on autistic children in my stories seemed like a natural thing to do.

What type of research did you do for the book?

Can you imagine going to a library to sift through one book after another to research locations, disease, body language, weapon characteristics, how to hot wire a car, or drug a crowd, or …??? I can’t! Without Google I’d never have become an author. So my hat’s off to writers from previous generations. They’re rock stars! 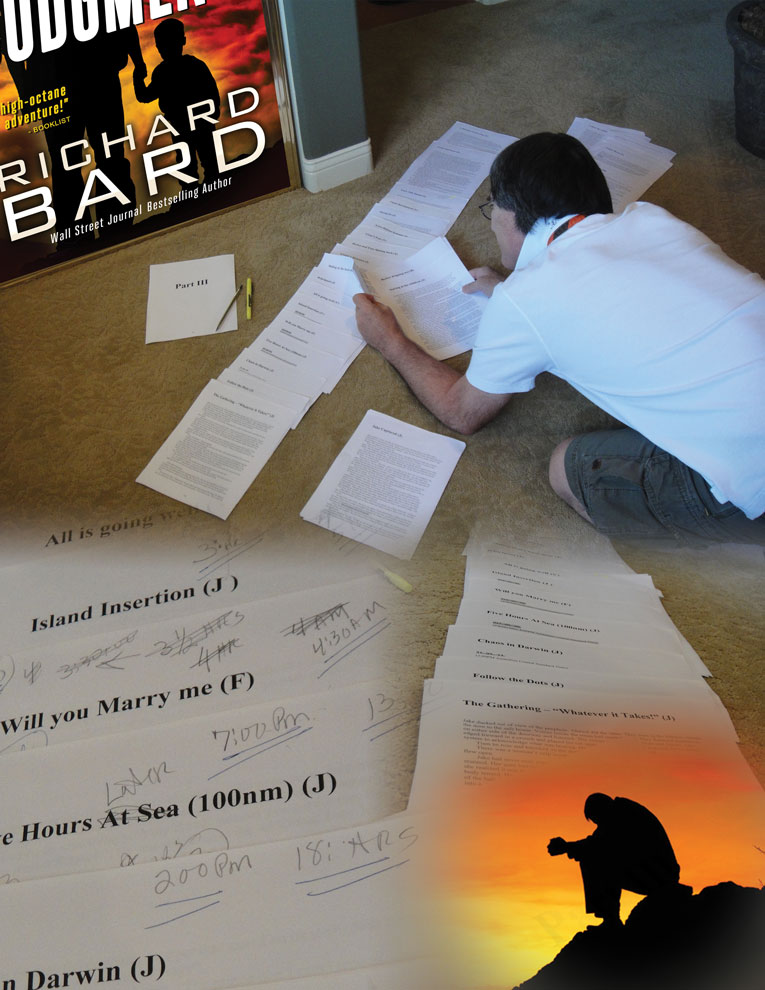 You are a cancer survivor and today you are a best-selling author. What is your outlook about second chances?

When you learn that your days are numbered, everything changes. Things that seemed so important—like money or success—suddenly don’t matter anymore. Life becomes all about love, family, and forgiveness. But you don’t have to face death in order to embrace life. You simply have to decide to make a change, not just for your own sake, but for those around you. We all have second chances. Third, fourth and fifth chances, too. It’s never too late.

What do you hope readers will take away from Brainrush?

I simply hope readers enjoy the story as much as I do. It’s the kind of story I love to read, and there’s nothing better than getting an email or review from a reader saying it captured his or her imagination too.

Who is your favorite author and is your writing style similar to theirs?

I have many favorites, in several genres. I love the edge of Michael Crichton’s many works—the way his page-turning stories stretch the imagination while exploring the bonds of friendship and camaraderie. Readers have said my story-telling style is similar to his. I’m humbled by the comparison.

I'm deep into weaving “No Refuge,” the 6th and final book of the Brainrush series.