Richard Greene - A Serial Killer and a Detective With his Own demons.

Richard Greene - A Serial Killer and a Detective With his Own demons.
Posted on 17th of September, 2019 by Naomi Bolton 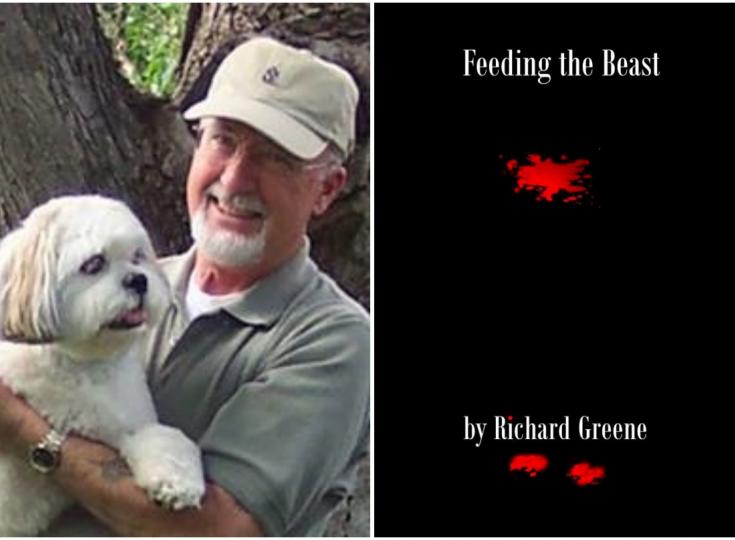 Born in Denver in 1939, Richard served in the Navy from 56-60 taking part in the atomic testing in the South Pacific. After discharge, he worked in the trucking industry retiring in Portland Oregon with his wife. Besides writing, he paints and is an avid golfer. As our Author of the Day, Richard tells us all about his latest book, Feeding the Beast.

Please give us a short introduction to what Feeding the Beast is about.

Feeding the Beast is about the relationship between a Serial Killer and Denver Detective Dan Morgan who tries desperately to catch the killer before another young girls body turns up in an alley or park in the Denver Metro area.

What inspired you to write about a serial killer?

After a story about the Civil War and three westerns, I wanted to write something different and decided to write a crime novel. While making several attempts involving a fictional mob in New Orleans, I saw a television program about Serial Killers. I spent the next several days thinking about the plot and wanted it to be different than other stories about serial killers and murder. A few days later I sat down and created the characters involving a Serial Killer and a Detective with his own demons. I began writing and when got to a certain place in the story, I had to stop and do some research about Serial Killers before continuing.

Why did you pick 1951 as the backdrop for your book? What drew you to this era?

I was born in Denver, grew up in the 50's and moved away in the early sixties. I wanted a different place other than New York, Chicago, Miami, Los Angeles, etc as well as a different time. Since I was familiar with Denver, I decided to have my story there. It gave me great pleasure mentioning the places in and around Denver, that were fond memories for me. Most places in the book actually existed back in the 50's so I did not have to create places.

Tell us more about Dan Morgan. What makes him tick?

Dan Morgan, the Denver Detective is a man that has known great heartaches and loss in his life and lives somewhat in the past.

Before writing I did a lot of oil painting. I have several on walls of our home as well as other family members and have sold a few. When I started writing, I gave that up as I only had time for one hobby. I play golf in the summer and write in the winter months.

Readers say this was a very fast-paced read. How did you manage to pull off a feeling of suspense throughout the book?

I struggled with Feeding the Beast at first because I wanted it to be different. Not only the story but the characters, even the killer had to be different. I made sure there were twists and turns that would hopefully keep the reader interested and turning the pages.

The book is set in a time before there were so many advances in technology. Did you find it hard to write without including modern technology in your characters' daily lives?

One of the reasons I set the book in a period where a lot of technological advancement was not yet discovered was to make it easier on myself; less research for me. However, this created some problems for me as I had to be sure nothing in use today was in use back then. I recall writing about a police car sitting in an alley with the red and blue lights flashing and realized that in 1951, police cars did not have blue and red flashing lights. They had two spotlights, one red on the driver's side, the other a normal spotlight for searching in the darkness on the passenger side. Realizing my mistake I had to rewrite part of the book.

Dan has his own demons that he struggles with. Why did you give him a troubled past?

Detective Dan Morgan was given a troubled past because there had to be more of the story besides people getting murdered and investigations. I wanted the reader to warm up to him so to speak. If he was a happy man, I felt he would be boring.

Some readers have compared your book to that of Hitchcock. Who are some of your favorite authors in the genre and why?

Feeding the Beast has been compared to Hitchcock which pleases me and is a great compliment. My favorite author is Tony Hillerman, (now deceased) who wrote several books about two detectives of the Navajo Police Department investigating crimes on the Navajo Reservation.

What is the first thing you do when you start on a new book?

I have been asked what the first thing I do in starting a new book. Not much really. I think about a storyline then create the characters and sit down and start typing. I do a chapter and then go back and make corrections, additions or deletions. Once the book is finished, I sit down and read it and make any corrections. 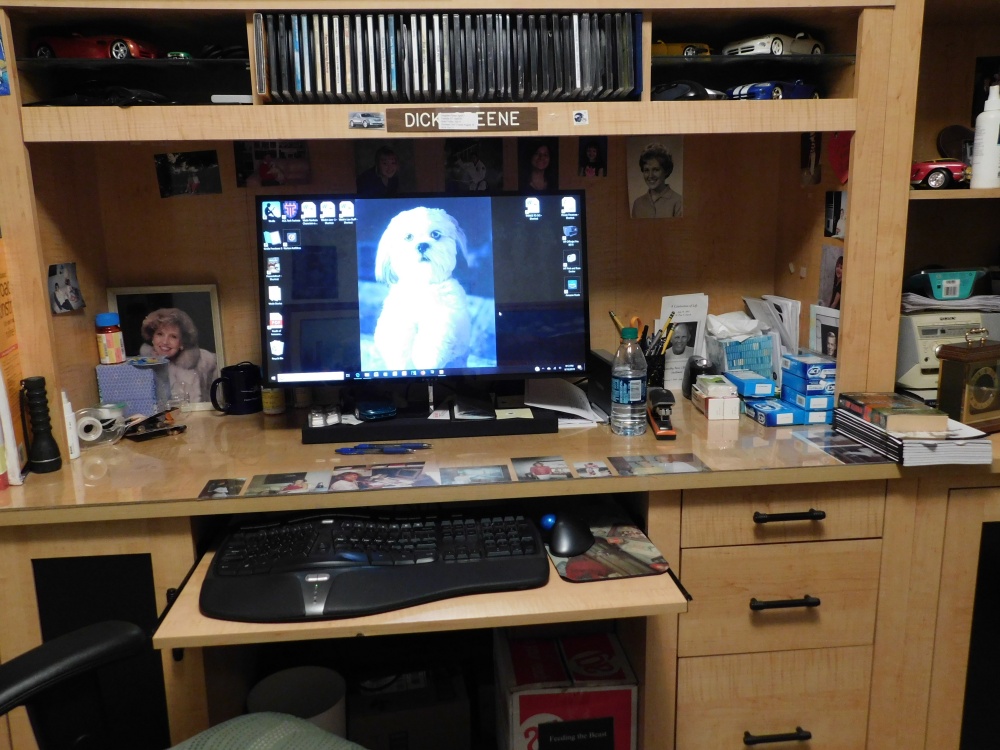 Last winter I started another western with my Character Wade Garrison titled Wade's Law. I stopped during the summer and am looking forward to getting back into the saddle with Wade and his Coyote that he named Pup.

I encourage readers to visit my web site; www.richardjgreene.net and I can be found on facebook at;www.facebook.com/richard.greene.7393

Where can our readers get a copy of Feeding the Beast?

Feeding the Beast and my other books can be found on Amazon, in both ebook, and in print.